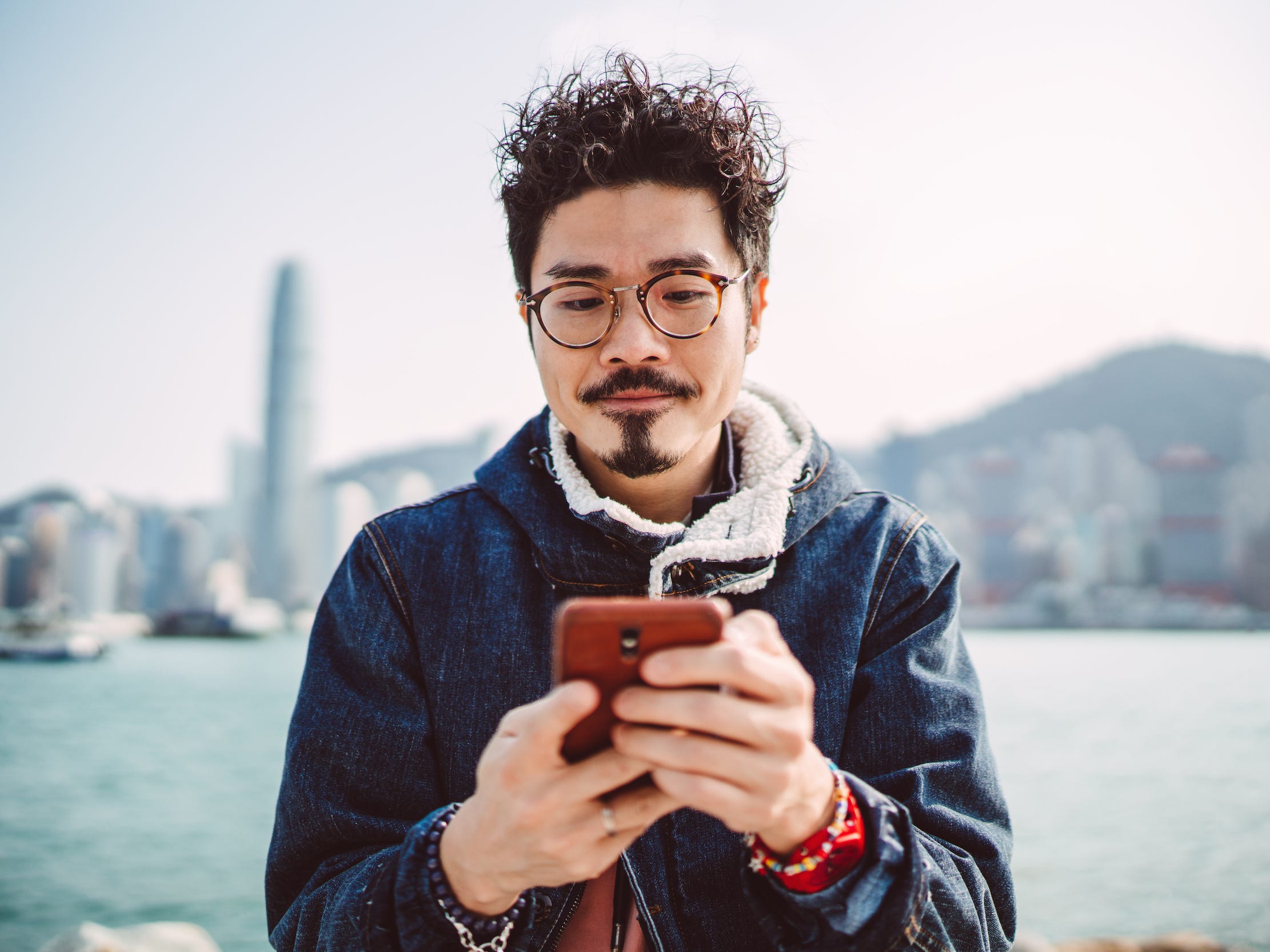 Content needs to engage viewers to go viral on TikTok.

TikTok can be a powerful business marketing platform if you follow key strategies.
Engage your target audience first, and introduce your brand after you’ve built up engagement.
Once you have your audience, use humor, be transparent, and keep the marketing subtle.
Visit the Business section of Insider for more stories.

After Uyi Omorogbe posted his first viral TikTok video in April 2020, he said, his clothing brand, NASO, sold out of its minimalist African-inspired inventory less than 72 hours later. The video now has 6.5 million views, and 23-year-old Omorogbe has 3.3 million followers on the video-based social media platform.

Omorogbe attributes NASO’s viral success to timing. Instead of trying to sell a product right off the bat, he focused on engaging with his target audience first, waiting to introduce his brand after he created a community. He said that on TikTok, “your consumers can actually get an inside scoop on the founder of the company, and have this more visceral and honest connection with the brand.”

Read on for more strategies your business can use to generate viral success on TikTok.

In his first viral video, “Pissing off my African Parents Part 1,” Omorogbe’s goal was to appeal to 16- to 35-year-old first-generation Americans. The video, which featured the young founder singing a punk rock song to his father, and his father’s resulting confusion, helped showcase Omorogbe’s personality and made him relatable to his target audience. The video’s generational clash hinted at NASO’s brand story, which bridges Omorogbe’s Western upbringing with his father’s Nigerian upbringing.

Omorogbe lacked the capital for Facebook and Instagram ads, but using TikTok averted that problem. “I made content with the intention of creating something that people want to share,” Omorogbe said. “And if people laugh about it, they engage with liking and commenting, assuming the algorithm is driven by engagement rate.”

TikTok’s website confirms Omorogbe’s hunch about what gets a video trending. User interactions (likes, comments, and shares) and video data (captions, sound, and hashtags) affect what users see on the home page, known as the “for you” page. Content needs to engage viewers to go viral.

Ari Lightman, a digital media and marketing professor at Carnegie Mellon University’s Tepper School of Business, said that on TikTok, humor and sarcasm sell. But he warns not to go overboard – humor can backfire if the company doesn’t really understand the topic, audience, or social platform. His advice: hire 22- or 23-year-olds and put them in charge of your creative and social engagement.

Read more: TikTok helps agents sell luxury real estate faster and for more. It’s not just for gasping at how the rich live

Shou, a 26-year-old in New York City, started on TikTok with a personal account and did not originally intend to promote her eponymous jewelry company. She now has more than 40,000 followers. In her videos, she makes fun of herself, especially in regards to her single lifestyle and, at first, the lack of success of her jewelry brand, she said. Her first viral TikTok used hashtags like “small business,” “for you page,” and “girl boss,” but rather than showing an inspirational story, she showcased her business flop.

Her flop soon turned into skyrocketing sales as she sold out of her inventory and then sold out again on her preorder inventory. “People really related to my viral TikTok, because there are a lot of other people that did get laid off and/or quit their job to launch a business,” she said. “Sometimes some transparency and honesty can be really comforting during these times. So I try to offer that throughout all aspects of my videos, including my dating life and family life.”

Read more: ‘It was literally viral, and then I barely got any credit for it.’ Black TikTok creators start dance crazes – and white users profit.

Per suggestions from her high school employees, Marissa Tilley, aged 31, started a TikTok for her business, Lady Black Tie, a dress shop located in Andover, Massachusetts, that also sells on their e-commerce website. Tilley said she began using the app herself to understand relevant trends and sounds.

“I was following what other people in our industry were doing to see what works, what didn’t work. I was looking at hashtags like “prom dress” or “formal dress,” she said.

Then she went viral, hitting 6.9 million views on a video that took barely any time and energy to create, a race to dress a mannequin. “We weren’t really selling anything, we just were just racing, having fun,” she said. Not only did the video act as a novelty, since viewers in the comment section noted they had never seen someone change a mannequin, but Lady Black Tie asked a question – “Who do you think is gonna win?”- spurring crucial engagement, according to Tilley.

Lightman said the first step in your TikTok strategy must be to spend time on the platform. “If a medium is to entertain and to educate, overt advertising messages don’t work,” he said. “Subtle advertising messages can work very effectively by building out community awareness.”

Shou follows a similar strategy, and doesn’t actually promote her products. Instead, she links to her company’s site in her bio and wears her jewelry in her videos, which leads people to comment asking where they can purchase her look.

“I don’t think influencers had good press over the pandemic in general,” she said. “So I think people are a lot more sensitive these days about who’s trying to sell them what, and they genuinely want to think that they’re making their own decisions.” Out of the 46% of people who answer a survey at Mimi Shou’s checkout, she said, 83% indicate that they heard of the brand via TikTok.