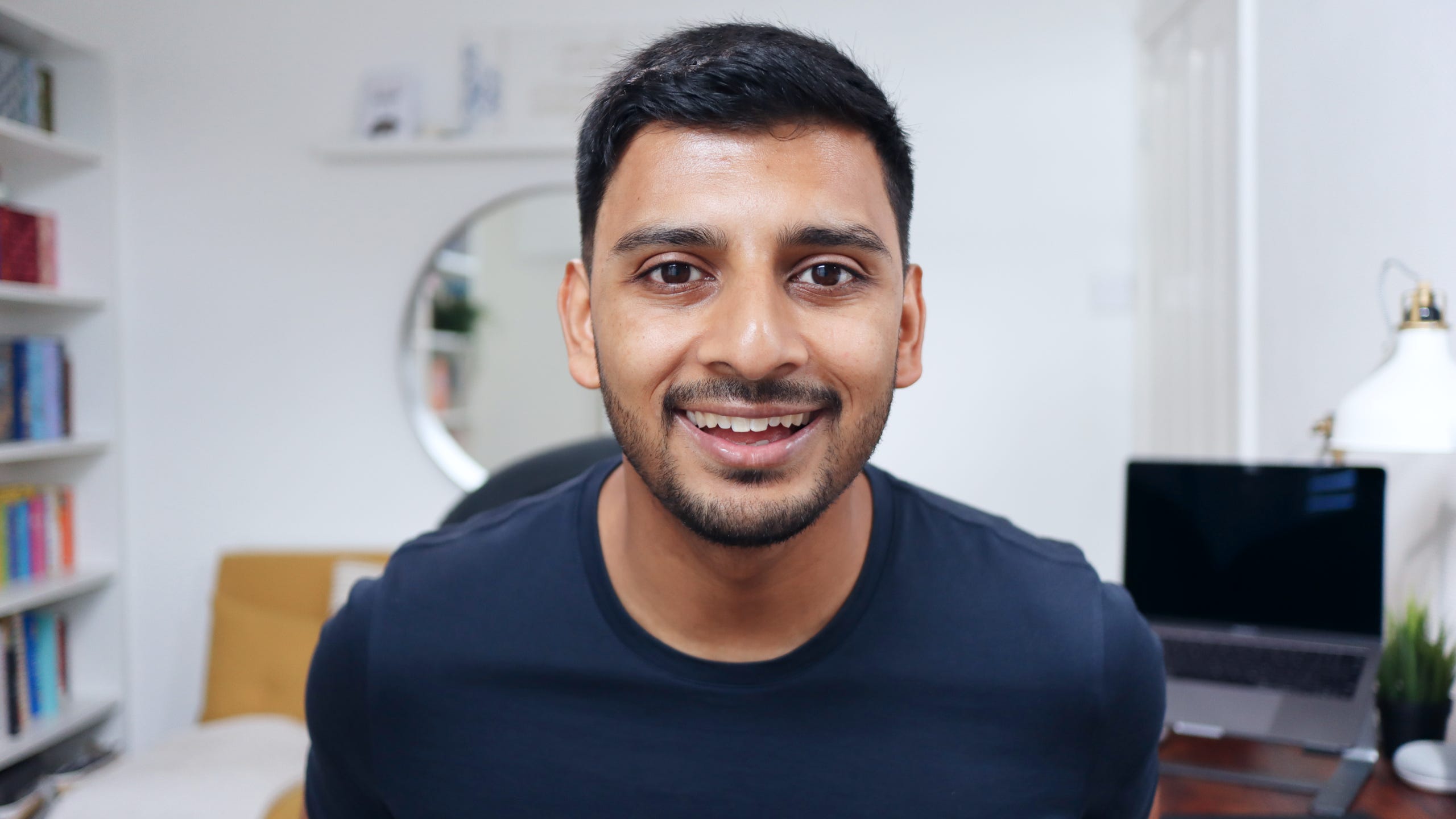 Afzal Hussein started his channel in 2018 after leaving Goldman Sachs.

Insider spoke to two junior bankers who quit six-figure jobs for YouTube.
One told Insider he earned more than $150,000 but quit to help care for his sick mom.
A second said he wants to help candidates from underrepresented groups breaking into finance.
See more stories on Insider's business page.

Ben Chon knew what he was signing up for when he began his career as an investment banking analyst at JPMorgan's San Francisco offices in June 2015.

His typical work week would range between 70 and 110 hours. At one point, he worked 28 hours consecutively.

"For the first six months, maybe a year I was pretty pumped to be at work because I was just learning so much because I was just working so many hours," Chon told Insider, adding that it took him another year to really get comfortable with his job.

Chon lays out his experiences at a top-tier bank to his 40,000 subscribers and more than 1 million viewers on his YouTube channel, Rareliquid. In a typical video, Chon will talk about how to land a role at an investment bank, and what to expect when you get there. He also posts explainers on tech, markets, and cryptocurrencies.

He is one of a number of junior bankers who have given up the potential to earn a six-figure starting salary, instead starting social media channels to offer advice on breaking into the industry.

Now 28, Chon told Insider that he made the decision to quit banking in 2018 after his mother was diagnosed with ALS, an incurable neurological disease. He said it made him realize that nothing in life is certain.

After backpacking around the world for several months and setting up a short-lived clothing brand, he turned to YouTube, realizing there was demand from people who wanted advice on breaking into finance as a career.

"I thought maybe I can provide really good advice, do really good research, and maybe this will work," he said.

Growing a YouTube channel enables him to earn while he remains in Korea helping care for his mother.

He makes money from ads running on his channel, brand sponsorships, and increasingly by offering courses and resume advice.

"I'm not actually viewing Rareliquid as a YouTube channel," he added. "I have a lot of ideas for the different revenue streams and mini businesses within the whole business." 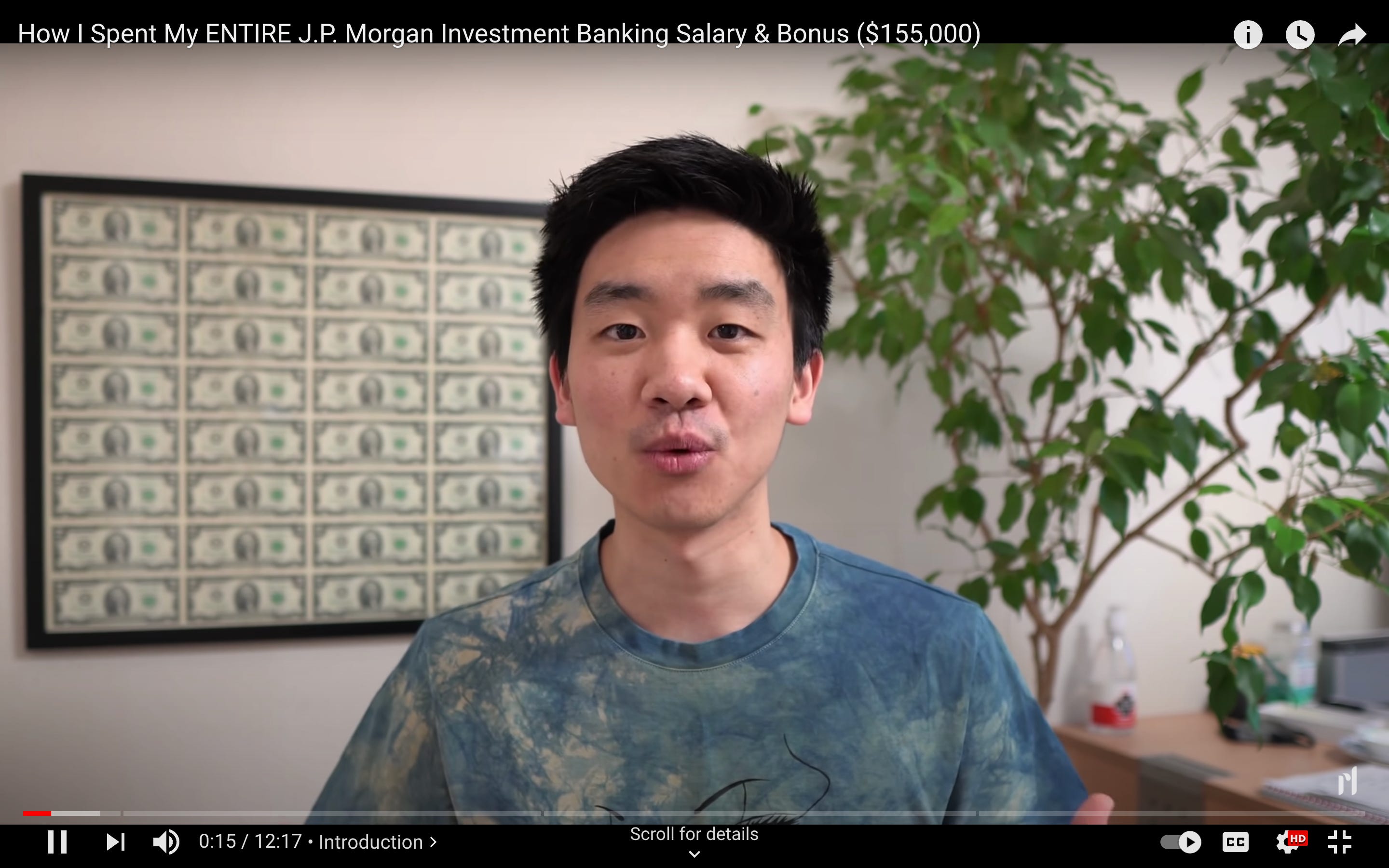 Like Chon, Afzal Hussein broadly enjoyed his career in finance, working in asset management at Goldman Sachs' London office. He said he had always planned to reassess his career three years after starting.

"I thought: 'I'm not really having an impact in the world by going to this bank, putting on a suit and tie and helping companies invest,'" Hussein told Insider.

Hussein's channel, started in November 2018, now has 87,000 subscribers, and just under 6 million views across a range of videos that cover finance- and career-focused videos.

He describes himself as a "non-traditional Goldman story".

He grew up on a council estate in London – equivalent to projects in the US – looked after by one parent managing five children. This upbringing instilled a desire in Hussein to help people from underrepresented backgrounds "get into roles that they previously didn't think that they could."

"If I had someone on YouTube who was sharing all this golden advice, that would have helped me save so much time throughout university," said Hussein.

Hussein's videos tend to be more career-focused. In a typical video, he'll provide advice on what to do after you secure an internship, or how to find a graduate scheme, but he also provides insight into the daily routine of an investment banker.

He said a video series of him reviewing the finance-focused TV show "Industry" was also popular.

Hussein spends two to three days planning, scripting, filming, and editing to create up to three videos a week, and has multiple streams of income across his channel, as well as offering career coaching.

He plans to launch his own mentoring website, Simply.io, which aims to match aspirational teenagers with professionals.

Hussein won't reveal specifics to Insider, but says his current earnings are higher than his Goldman's salary. "I don't like putting a number on it because I don't want to get the young people carried away with focusing on numbers," he said. "I don't ever want to take it for granted."

Another YouTuber, Angela, has racked up 10,000 subscribers to videos covering her typical day when she was working as an investment banker in New York, her reviews of industry news, and her advice on avoiding burnout. She declined an interview with Insider.

The fact that Gen Z is increasingly turning to social media for career advice stems partly from the fact that they have grown up in an economic climate where there is generally much less career certainty, according to Jim Meadows, chief marketing officer for Takumi, a media agency specializing in influencer marketing.

"There's a real lack of that information from the kind of sources that you'd expect," he said."They're generally becoming much more financially savvy, and seeking that information out for themselves in the channels where they like to spend their time."