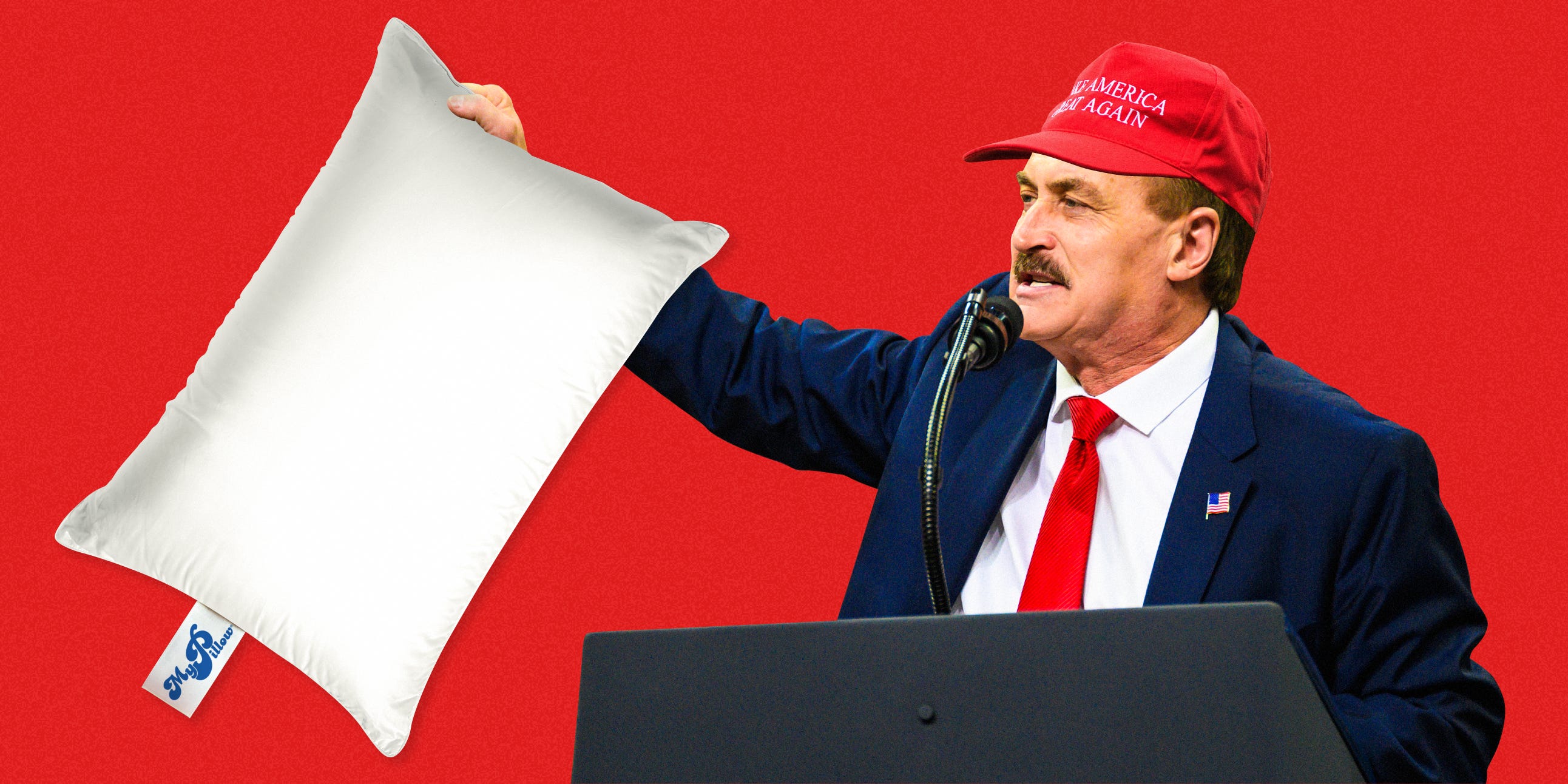 Mike Lindell has launched MyPillow in the UK.
Products will be manufactured in a West Midlands factory.
The expansion follows reports Lindell will lose $2 billion as a result of his legal battles.
See more stories on Insider's business page.

MyPillow CEO Mike Lindell has launched a UK-based subsidiary of his company.

Products targeting UK consumers will be manufactured in a factory based in the West Midlands city of Coventry.

In a video advertisement on its UK website, the company said: "With its unique technology and design, MyPillow has taken America by storm and now it's available here in the UK for the first time."

Several products are advertised on the site, with prices ranging from £17 to £119.

According to a report by The Scotsman, the Coventry factory employs a monthly average of three employees and is based in a nondescript industrial park.

MyPillow did not immediately respond to Insider's request for comment.

Lindell has remained under the spotlight in recent months for reasons other than his business interests. He has repeatedly claimed that the 2020 US election was rigged, despite a lack of evidence. At a political rally on Saturday, he continued to double down on these claims.

Back in April, Lindell filed a lawsuit against Dominion Voting Systems for $1.6 billion, claiming the company was trying to stifle free speech. The suit was part of an ongoing fight that began when Dominion sued Lindell for $1.3 billion in damages for spreading claims that its machines enabled voter fraud.

Lindell also told Insider's Grace Dean in February he expected to lose $65 million in pillow revenue this year because of retailer boycotts over his fraud claims.

In April, Lindell confirmed that Costco had pulled his products. It was the second-largest retailer to cut ties with him.

Most recently, Lindell's lawyers said he is set to lose $2 billion as a result of his latest lawsuit against Dominion and Smartmatic.