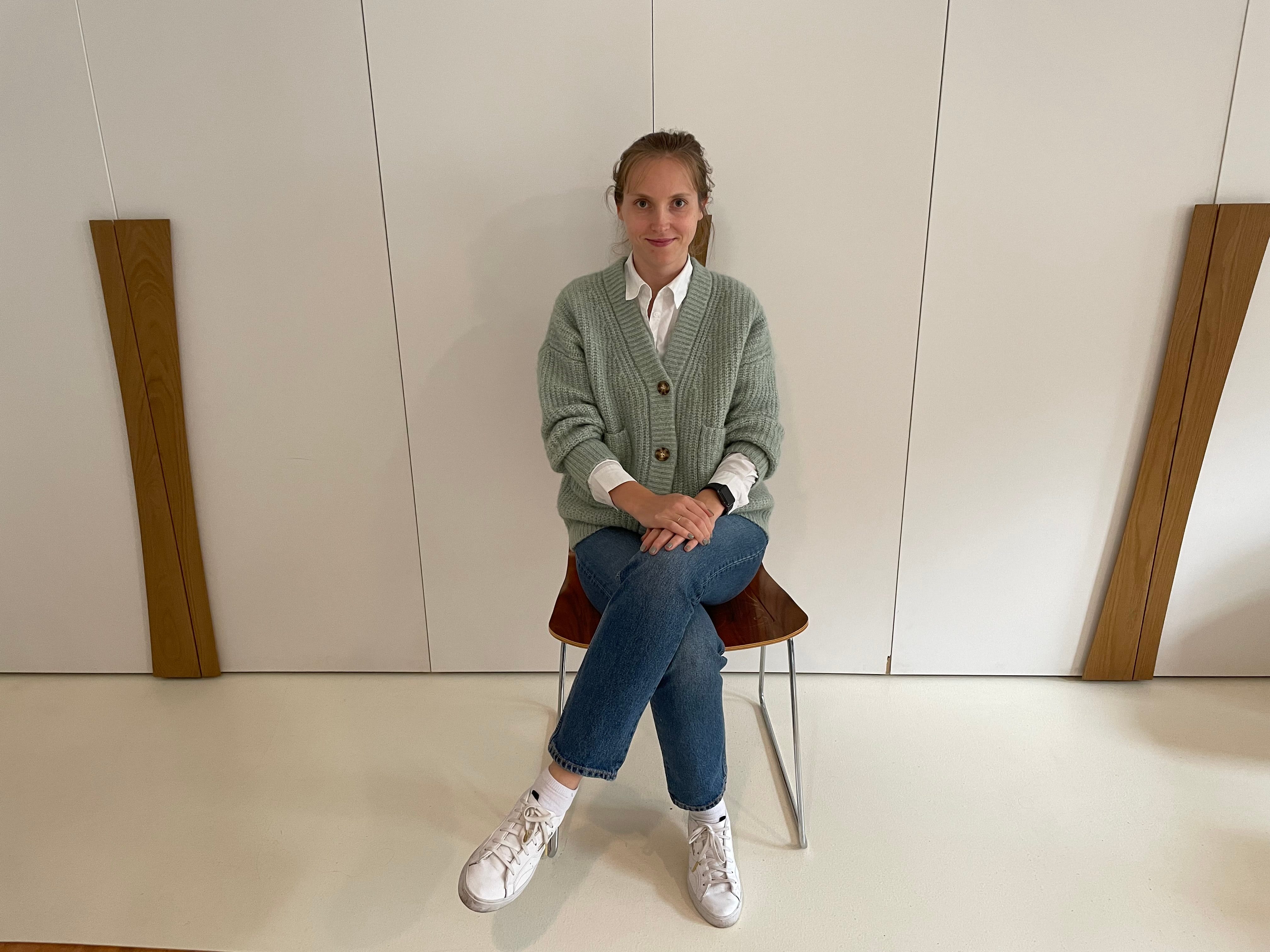 Krista Krumina says she procrastinated for more than six hours each week.
She found a TikTok that urged people to sit in an empty chair whenever they procrastinated.
She tried this advice with her colleagues and said it worked surprisingly well.
See more stories on Insider's business page.

I'd win Olympic gold in procrastination.

I procrastinate for about six hours and 24 minutes a week, almost an entire workday, according to my desktop tracking tool that categorizes the sites and apps I use as ''productive'' and ''unproductive."

Then, to compensate for this time wasted, I tend to work in my free time. There have been days when I close my laptop as late as 10 p.m. and times when I've canceled my weekend plans just to finish some tasks.

I recently saw a TikTok video with 269,000 likes where a user, Josh Terry, suggests a procrastination hack: You put a chair in the middle of the room, and whenever you catch yourself procrastinating, you have to go and sit on that chair. I call it the "Lone Chair" productivity hack.

You're not allowed to talk to colleagues or use your phone or any digital devices.

Terry claims you'll get so bored from staring at a blank wall that you'll be happy to do anything, even if that anything is the task you've been putting off for weeks.

With low expectations, I decided to try it

Throughout the experiment, I continued to track my time to see how it affected my productivity.

On a Monday morning, I arrived at the office that I share with my team of five and put a chair in the middle of the room. I informed my colleagues that everyone could use the chair if they felt uninspired and started to procrastinate.

Just about an hour into my workday, I caught myself pointlessly clicking through browser tabs and replying to emails that didn't need to be replied to. And so I was the first person to sit on the Lone Chair.

My first ''session'' lasted 17 minutes. I just sat there and stared at the wall. This let me draw my first conclusions about this hack, and they were confirmed during the rest of the week.

Every day, I spent at least 10 minutes sitting on the chair – some days more than once. Over five days, I had seven ''Lone Chair sessions'' with a total time of 108 minutes.

I never got unbearably bored sitting on the chair, despite not being able to talk to anyone, walk around, or use my phone. I was entertained by my own racing thoughts.

That said, the longer I sat, the calmer and more organized my thoughts became. After some 15 minutes doing nothing, I knew exactly what I needed to do and how. When I returned to my laptop, I felt as focused and productive as ever.

Having tried other productivity hacks, I was surprised that during the week I tried this experiment, my productivity increased by 17.6% while the time spent procrastinating decreased by 36% from the previous week.

As I shared my observations with my colleagues, they also started to have ''me time'' on the chair. Their conclusions were quite similar: Some reported feeling calmer, while others said this time helped them clear their mind and find inspiration again.

Most often, I had too much on my plate and my mind was too scattered to hold on to one specific task. Or sometimes tasks felt so big and daunting that I had no idea where to start.

I would spend hours frantically jumping from one task to another, writing emails (there's a reason I've marked emails as ''unproductive'' on my time-tracking app), or making my nth cup of coffee – all while feeling anxious and guilty for not doing the right things.

It turns out that letting my mind go out of control for as little as 10 to 15 minutes was exactly the type of meditation I needed to regain my focus. In the end, I experienced improved concentration, a sharper mind, and a higher resistance to distractions.

There's just one thing I hate about this hack

Whenever I was sitting on the chair, I couldn't let go of the awkward feeling that all my colleagues knew why I was there. It was like a public statement that I was procrastinating – something I'd rather keep a secret.

As the week went on, it got better. By Friday, all my colleagues had had their time on the chair as well, and that made me think that perhaps procrastination is a normal and integral part of a workday. Everyone does it. I just happen to do it too often.

But this hack helps, so I'll probably keep practicing it.

Krista Krumina is a writer and cofounder of the content-marketing and PR agency Truesix, whose clients include DeskTime, the tracking app she used to measure her productivity for this piece.