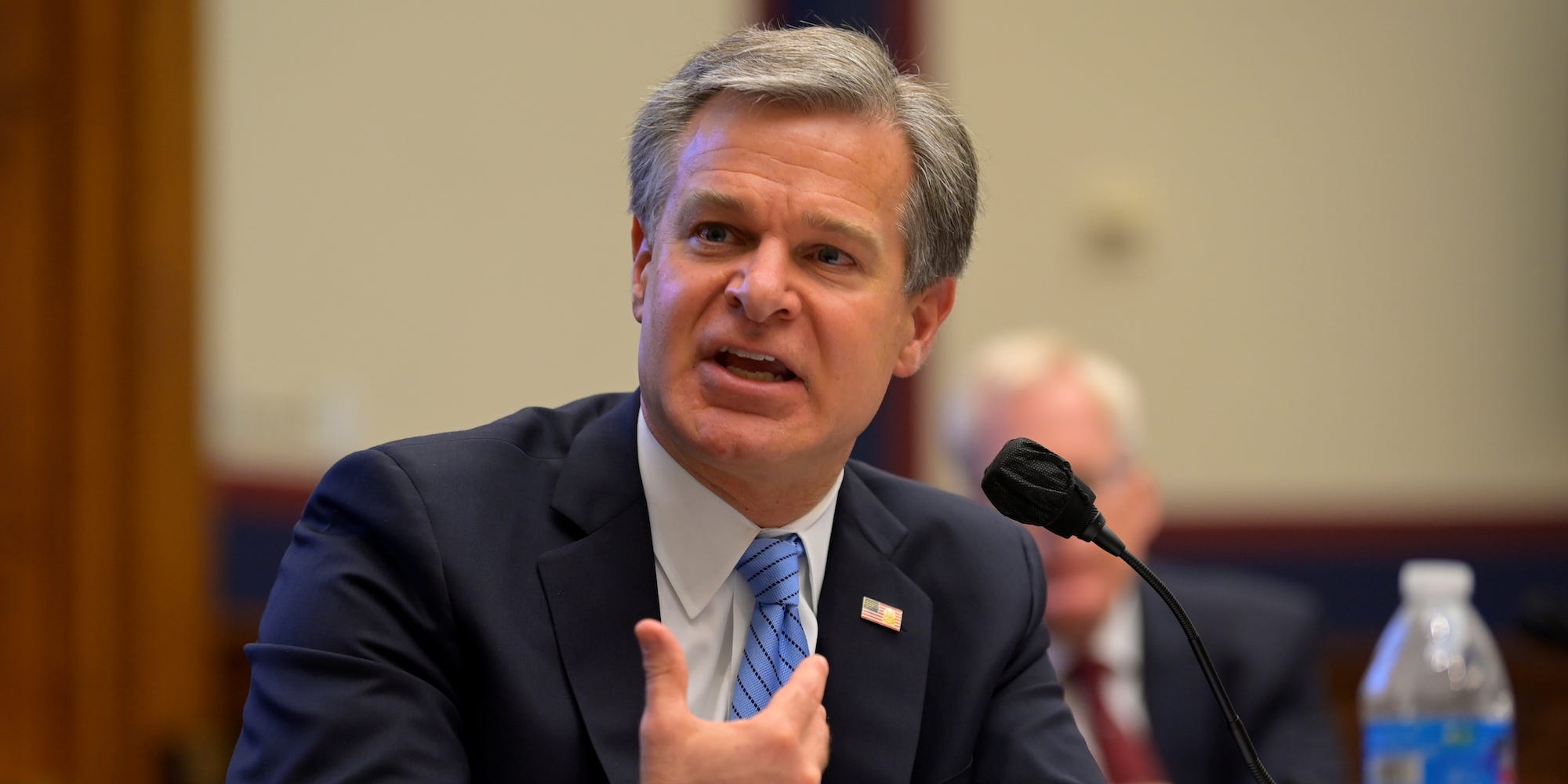 FBI director Christopher Wray testifies during a hearing about 'worldwide threats to the homeland' in the Rayburn House Office Building on Capitol Hill in Washington, DC, September 17, 2020.

FBI Director Christopher Wray on Thursday told members of Congress that Russia is interfering in the 2020 election as part of an effort to “denigrate” former Vice President Joe Biden, the Democratic presidential nominee.

“We certainly have seen very active, very active efforts by the Russians to influence our election in 2020…to both sow divisiveness and discord and…to denigrate Vice President Biden,” Wray told lawmakers on the House Homeland Security Committee. The FBI director said the Kremlin sees Biden as part of the “anti-Russia establishment.”

Wray said that the intelligence community has not yet seen Russia target election infrastructure, as they did in 2016, but is primarily attempting to meddle in the election and divide the US via “malign foreign influence,” pointing the use of social media, proxies, state media, and online journals.

President Donald Trump and his allies have downplayed a US intelligence assessment that Russia is continuing to interference in the US electoral process to boost his campaign and hurt Biden. They’ve instead zeroed in on the intelligence community’s conclusion that China would prefer Biden to win, based on the perception Trump is “unpredictable” and his criticism of Beijing’s handling of COVID-19.

“Many foreign actors have a preference for who wins the election, which they express through a range of overt and private statements; covert influence efforts are rarer,” National Counterintelligence and Security Center Director William Evanina said in a statement last month.

“We assess that Russia is using a range of measures to primarily denigrate former Vice President Biden and what it sees as an anti-Russia ‘establishment,'” Evanina wrote. “This is consistent with Moscow’s public criticism of him when he was Vice President for his role in the Obama Administration’s policies on Ukraine and its support for the anti-Putin opposition inside Russia.”

Dan Coats, who served as Trump’s director of national intelligence from 2017 to 2019, in a New York Times op-ed on Thursday called for Congress to establish an election oversight commission in order to ensure public confidence in the election. Coats warned of the dangers of delegitimizing the election in the eyes of the public, contending that is precisely with America’s enemies want.

The former intelligence chief’s op-ed came as Trump seeks to undermine the legitimacy of the 2020 election with relentless disinformation on mail-in voting. Trump has suggested, without evidence, that if he loses it’s proof that Democrats “rigged” the election. Coats resigned last year after he reportedly grew tired of the White House’s efforts to suppress his warnings about Russian election interference.

The president has a long record of downplaying intelligence on Russian election interference, and in one of the most controversial moments of his presidency appeared to side with Russian President Vladimir Putin over the US intelligence community during a July 2018 summit in Helsinki, Finland.