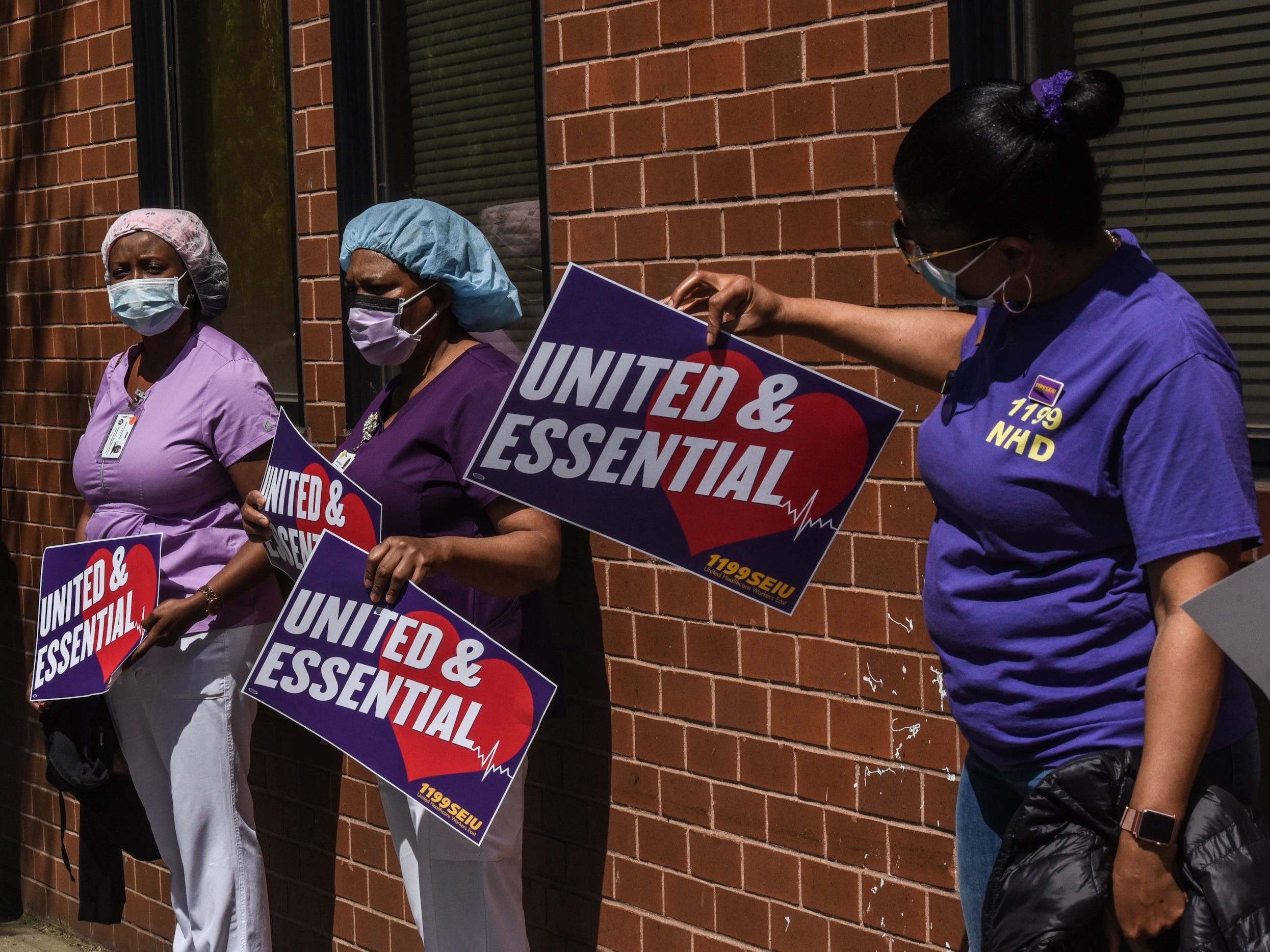 A tracker from Cornell University's School of Industrial and Labor Relations found there have been 35 strikes in the Healthcare and Social Assistance industry as of Friday.

Over the past four months, thousands of workers at more than two dozen hospitals in California have gone on strike. Earlier this month, close to 31,000 healthcare workers at Kaiser Permanente voted to authorize a strike over wages.

Nurses at one hospital in Massachusetts have been on strike since March, Masslive reported.

The strikes are occurring during a time of increased demand for patient care and a shortage of workers. In addition to the Delta variant, the US is also facing a rise in chronically ill patients who delayed care during the pandemic, Politico reported.

Healthcare workers told Politico that while they know walking out may garner "scorn" from some, they wanted to use the attention they've recieved throughout the pandemic to demand better conditions.

"We're drowning here," Mike Pineda, a senior transport technician at Sutter Delta Medical Center in Antioch, California, told Politico. "The wear and tear on everyone got to the point where people became frustrated."

Jamie Lucas, the Executive Director of the Wisconsin Federation of Nurses and Health Professionals, told the outlet that the reasons to strike have always been there but that some healthcare workers, like many other industries demanding better conditions across the country, are realizing they have some leverage.

Throughout the pandemic, healthcare workers have said they're burnt out. In May, Nikki Motta, a travel nurse who spent a year working with COVID-19 patients in understaffed hospitals across the East Coast told Insider she was experiencing hair loss from the stress.

Liz Evans, another travel nurse, told Insider she was taking care of six patients at a time when in normal times, she might have two at most.

A March 2021 Trusted Health online survey of over 1,000 travel nurses found that almost half said they were considering leaving the profession. Seven months, later a ShiftMed survey found 49% of US nurses said they may leave the profession within the next two years. More than 90% of respondents in the ShiftMed survey said staffing shortages were negatively impacting them.

Some of the other factors that have pushed healthcare professionals to consider leaving include the pandemic, low wages, and an increase in workload.

"I really started looking away from bedside over the last year, because the weight was really heavy of what I was doing, and I didn't feel like I was doing the job that I initially signed up for, which is to help people and make people feel better," Motta told Insider in May. "I feel like there are even more and more expectations for nurses, and nurses are the type of people who want to help and who want to do what is asked of them, but I think that is being taken advantage of in a lot of ways."