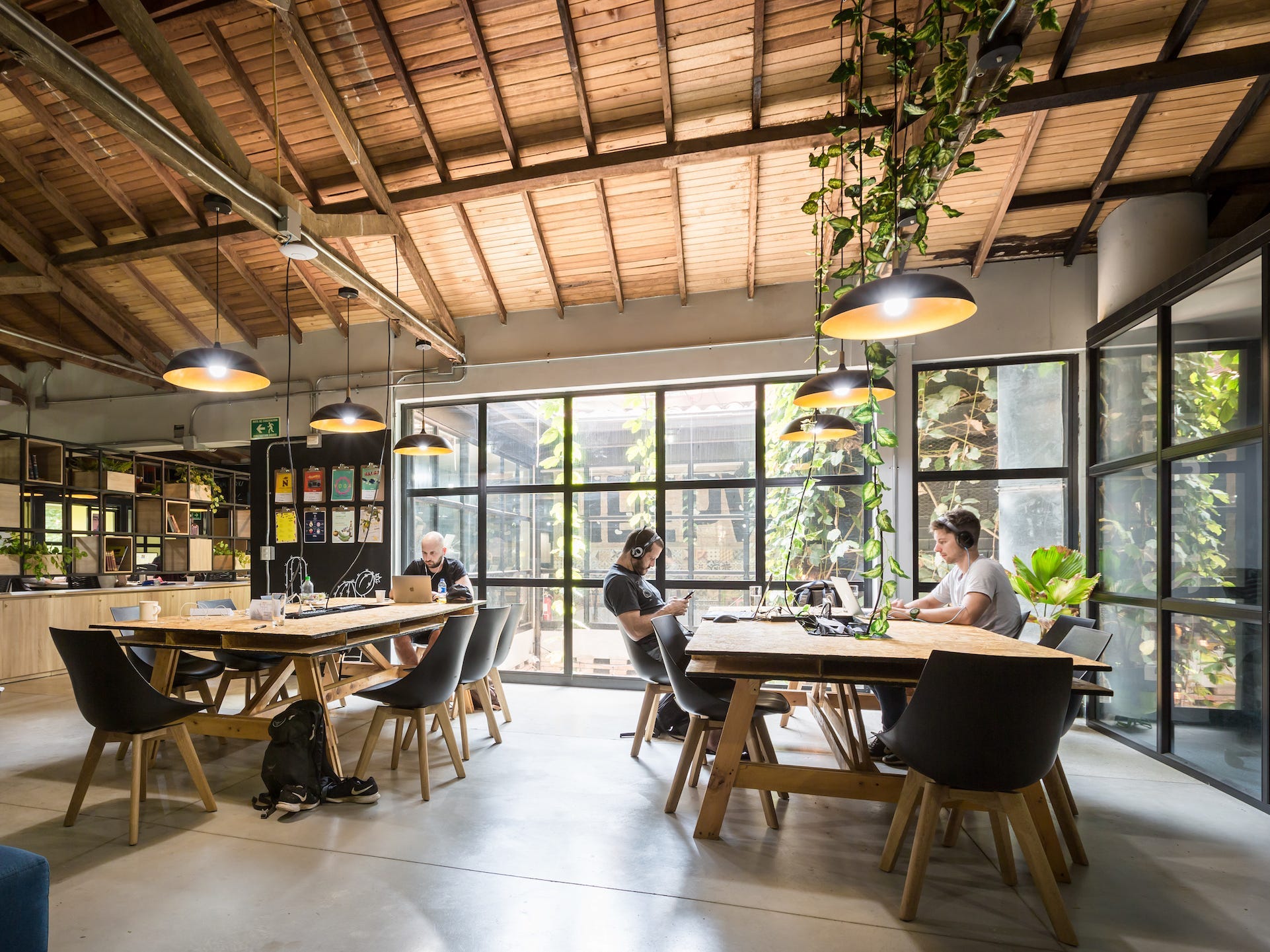 A coworking space in California.

The shift to remote work has affected where people live and has given workers more options.
Small and midsize cities are changing their approach to economic development by luring remote workers.
Cities should work to ensure a low cost of living and a high quality of life, and foster coworking and coffee shop culture.
Emil Skandul is an opinion writer on economic policy and is the founder of a digital innovation firm, Capitol Foundry.
This is an opinion column. The thoughts expressed are those of the author.
See more stories on Insider's business page.

In less than a few weeks, the US will begin a post-pandemic era as vaccinations begin to confer a high degree of immunity to a majority of Americans. One of the lasting effects will be a result of the involuntary experiment of working remotely. The pandemic was a technological accelerant that forced the workforce and companies to adapt to work outside the office and in many cases far away. More than 33% of the US workforce continues to log onto VPNs and video calls from home.

After the pandemic Upwork predicts tens of millions of workers will continue to work remotely, and Americans will continue to relocate to small and midsize US cities, reshaping these regions. For many of these urban and rural areas, welcoming this new type of resident is an opportunity for economic development and population regrowth.

A shift from enticing corporations to winning new residents

That formula for growth may now be turned on its head. It's not only companies that regions will woo, but the comfortably untethered workforce that gets to decide where it will work from. The carrot isn't a tax break for the company, but is instead amenities, quality-of-life, and culture for the worker.

Employees with the option to work remotely are now deciding between the high cost-of-living and vast amenities offered by big cities and the affordability of smaller cities. In Microsoft's recent survey of 30,000 workers, 46% say they are likely to move now that they can work remotely. One in 20 Americans – or 5% of the US population – reported moving during the last year. This shift doesn't portend the death of cities, but it does mean that people have more choice.

For workers, the cost of living – housing, food, and transportation – isn't the only factor determining whether people stay or leave their current city. The quality of life – including crime, trash, commuting experience, and amenities – gets factored into the equation, as does the perceived economic value, the future job growth or professional opportunities, and the social value – the natural and nonprofessional networks of people.

This means that people will consider the opportunity cost for their career and social life of not being in a place like New York City or San Francisco. The premiums that residents paid to these cities in higher housing costs and taxes was offset by the opportunities and experience that the cities afforded residents. Younger workers will still want social features – the entertainment, nightlife, and dating opportunities associated with the vim and verve of big cities, while middle-age workers will seek professional networks for their careers and high quality of life and cultural experiences for their partners and families.

The flight of knowledge workers to midsize cities such as Boise, Idaho and Reno, Nevada was tail-winded this past year by remote work, but it was a migratory pattern years in the making due to rising cost of living in big cities. Over the past decade, small cities such Rochester, New York and Buffalo, New York have marketed themselves to younger, digitally-native workers. In the recent surge in interest in Miami, the marketing has been all organic and largely led by the city's charismatic mayor on social media.

Other cities have pursued place-based marketing but have also provided incentives for workers in the form of relocation bonuses. Heartland cities with previous shortages of skilled and unskilled workers at manufacturing plants have offered incentives such as income tax abatement and student loan repayment. Now, the incentives for remote workers have cranked up: $10,000 in Tulsa, Oklahoma, moving assistance and free internet in Tucson, Arizona, and $10,000 toward a home in Topeka, Kansas.

Midsize cities that have seen high inflows in the last year may continue to attract those seeking higher net location value. For these cities, there are obvious needs for newly-arrived workers: housing, transportation, schools, broadband, and workspaces. In a loose housing market, these workers won't affect the cost of living as much, and their higher-than-average salaries will benefit local economies with spillover effects. But if housing stock is in short supply or stagnant – as it has been in much of the country – residents will see a rise in the cost of living.

Desirable schools may reach capacity, as will highway infrastructure and roads. While the solution to overcrowded schools will be to build more schools, the quick fix to getting around easily won't be to build more roads. Instead, it will require providing more mobility options like scooters, bike sharing, bicycle lanes, and mass transit alternatives such as buses.

Despite initial declines in productivity as companies adjusted to new processes for working remotely, productivity is now higher across the board compared to pre-pandemic estimates. Still, the urban economist Enrico Moretti, who has studied innovation in cities, remains skeptical of increased productivity if remote work is the default.

The tech world traditionally embraced the view that clusters of smart, ambitious people matter, and that the farther developers are from each other physically, the less productive they become. Large corporations alike acknowledge that smaller, confined networks imperil innovation and that siloing effects are real.

Places are important, after all, and what can't be replicated digitally are the people, ideas, and culture that fluidly mix in physical spaces within cities and downtowns. This is the coffee shop theory of productivity and innovation: people are more productive in a coffee shop surrounded by other people. The idea-generating kaffeeklatsches, or chance encounters, in coffee shops have historically sparked everything from political movements to world-changing startups. Remote work will certainly be able to decentralize and recreate these networking effects anywhere these community spaces exist physically.

The inescapable trend that 22% of the US workforce will remain permanently remote produces the need for communal workspaces to inspire collaboration and community. In rural and urban Ireland, pubs have transformed into coworking hubs. In the US, remote work hubs are being proposed in small cities across the country, and elsewhere dying malls could fill this purpose.

What may result is coworking and coffeeshop clustering – micro-agglomerations of remote knowledge workers and the self-employed. Cities would be prudent to nurture these spaces, encourage their creation, and support the people and event programming that will help foster a new type of remote work culture.

Over time, footloose freelancers and digital nomads will be joined by an expanding remote workforce. The allure of midsize cities will present alternatives to workers and economic growth for municipalities and regions if their magnetism is met with policies that maximize the quality of life as well social and economic value of these communities.

Emil Skandul is an opinion writer on economic policy and is the founder of a digital innovation firm, Capitol Foundry.