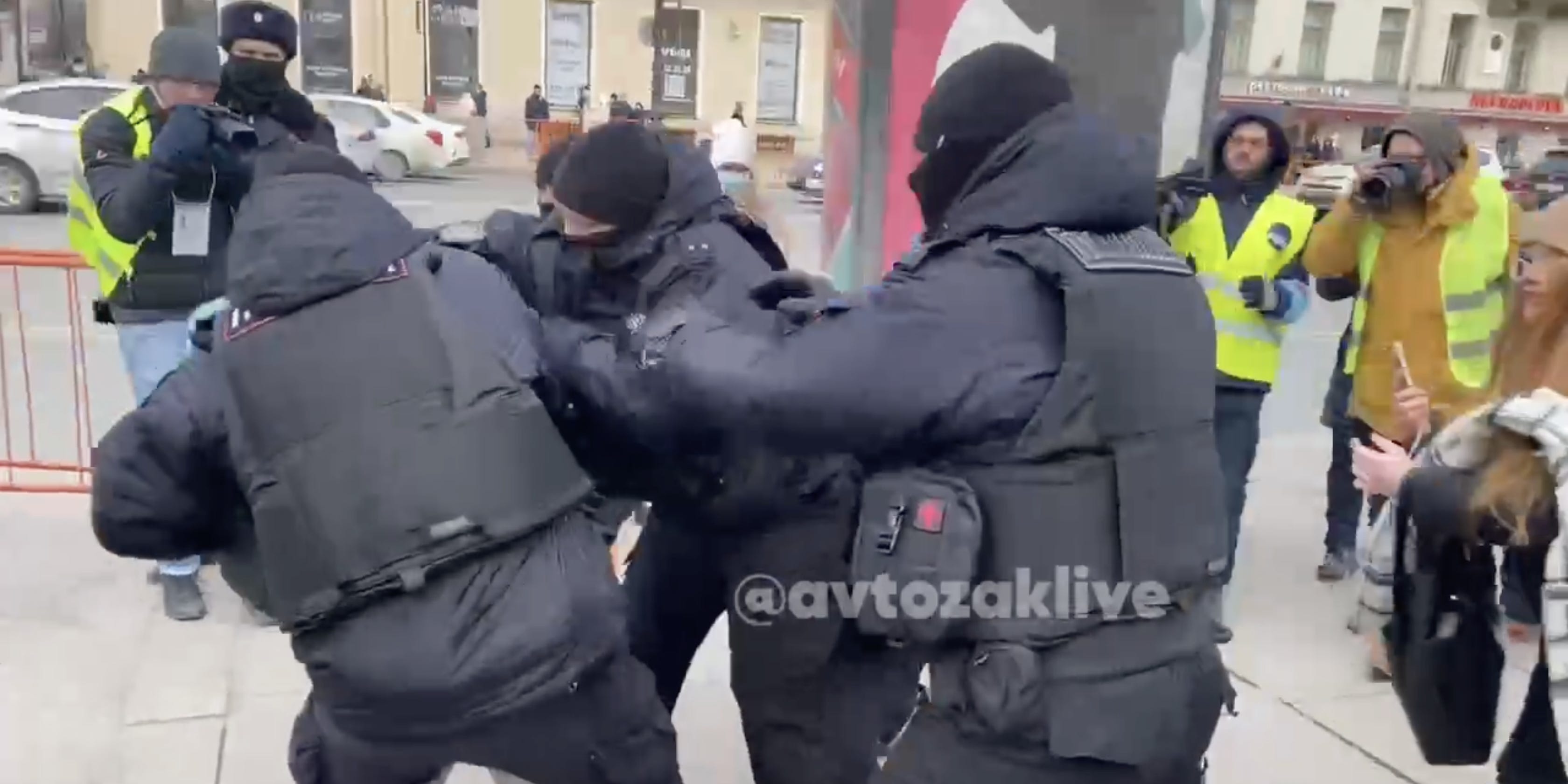 Russian police detain a protester in Saint Petersburg, as seen in a video posted by Avtozak Live on Telegram.

A series of videos shows Russian police officers grabbing and arresting peaceful protestors on the streets of Saint Petersburg.
The group was demonstrating against the war in Ukraine, which started with an attack by Russia in late February.
Vladimir Putin signed a law that would punish anyone speaking out against the war last week.

In a series of videos posted to Telegram by channel Avtozak Live, a number of protestors silently demonstrated against the war in Ukraine by walking through the streets of St. Petersburg.

In the first video, a Russian officer off-screen is heard warning protestors.

"I also remind you that this month, the executive authorities, namely the Committee for Justice, Legal Order, and Safety of the Government of Saint Petersburg, did not issue permissions for any public events," the officer said.

A second video shows a group of Russian police wrestling with one of the protestors and carrying him away. According to Avtozak Live's caption of the video on Telegram, the man was beaten and then taken to a police van.

In the video, voices are heard asking the officers "what are you doing?"

The third clip shows a group of Russian officers arresting a woman who, according to Avtozak Live's caption, was just standing nearby.

Protestors have taken to the streets of some of Russia's largest cities since the country invaded Ukraine at the end of February.

Last week, Russian President Vladimir Putin signed a law that would punish anyone who protests the war or shares misinformation about the ongoing invasion. More than 3,000 protesters have been arrested in Russia since the start of the war, according to the New York Times.