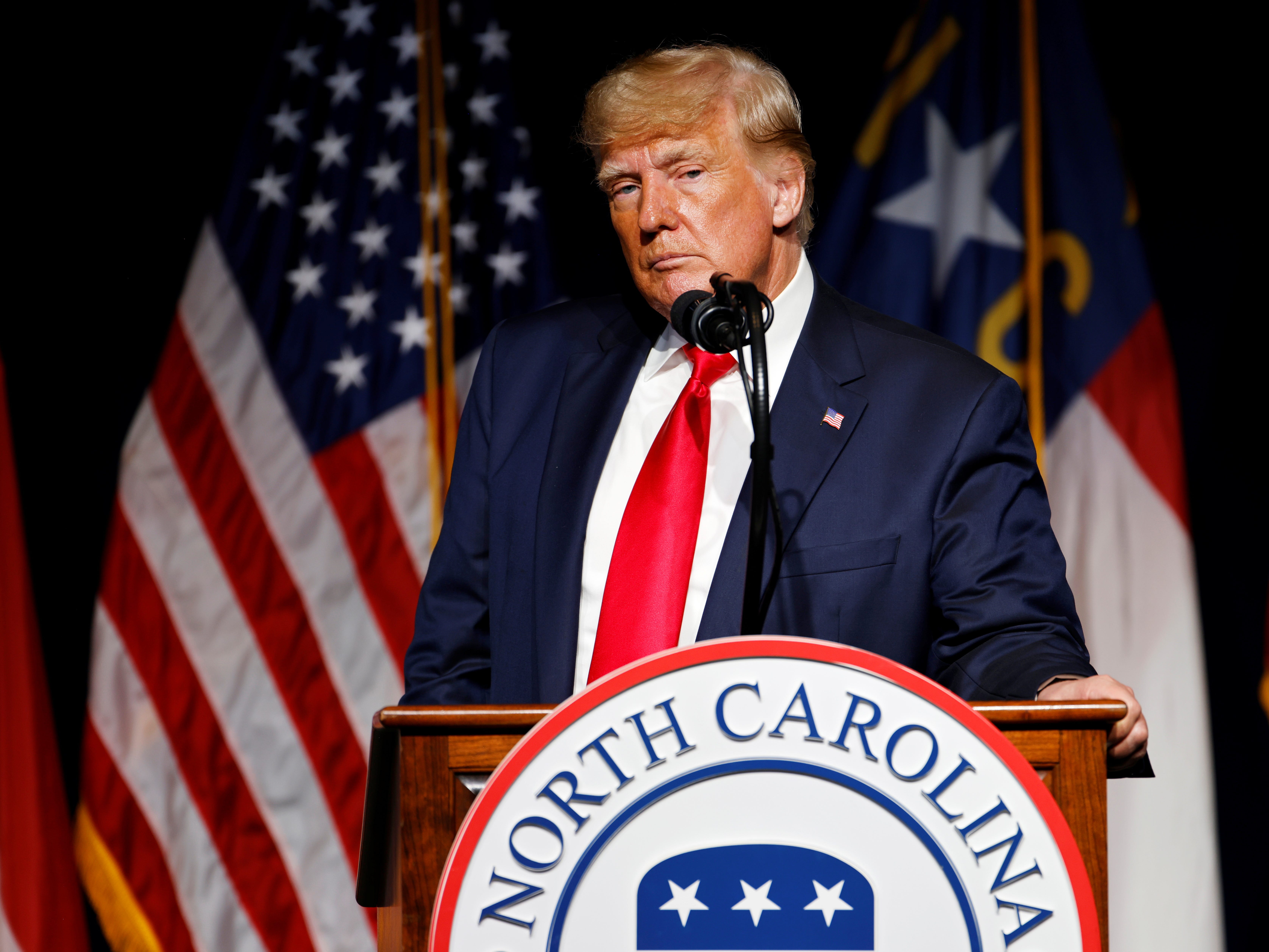 Donald Trump told an NC crowd on Saturday: "We will break up the Big Tech monopoly."
The former president fiercely criticized Silicon Valley executives for deplatforming him.
He also said he wasn't interested in waiting two years to return to Facebook.
See more stories on Insider's business page.

"They may allow me back in two years. We got to stop that, we can't let it happen – so unfair," he said. "They're shutting down an entire group of people. Not just me. They're shutting down the voice of a tremendously powerful – in my opinion, a much more powerful and a much larger group."

The comments came as Trump emerged from his post-presidency hiatus to speak at the North Carolina Republican Party Convention.

He gave a meandering 90-minute speech, speaking to a mostly subdued crowd of about 1,200 seated guests, and touching on well-worn highlights of his political rallies.

Trump said President Joe Biden had been destroying the country "before our very own eyes." He then criticized the country's top infectious disease expert, Anthony Fauci, denouncing him as "not a great doctor."

Trump also said the ongoing criminal investigation into the Trump Organization was part of a "five-year witch hunt" and that dead people had voted in November.

The speech was carried live on C-Span, which tagged it as a "Campaign 2024" event. Despite losing the 2020 election, Trump has a firm grip on the GOP. He told associates he planned to run again in 2024, if he's healthy, Politico reported last month.

"We will break up the Big Tech monopoly," he said on Saturday. "We will reject left-wing cancel culture." 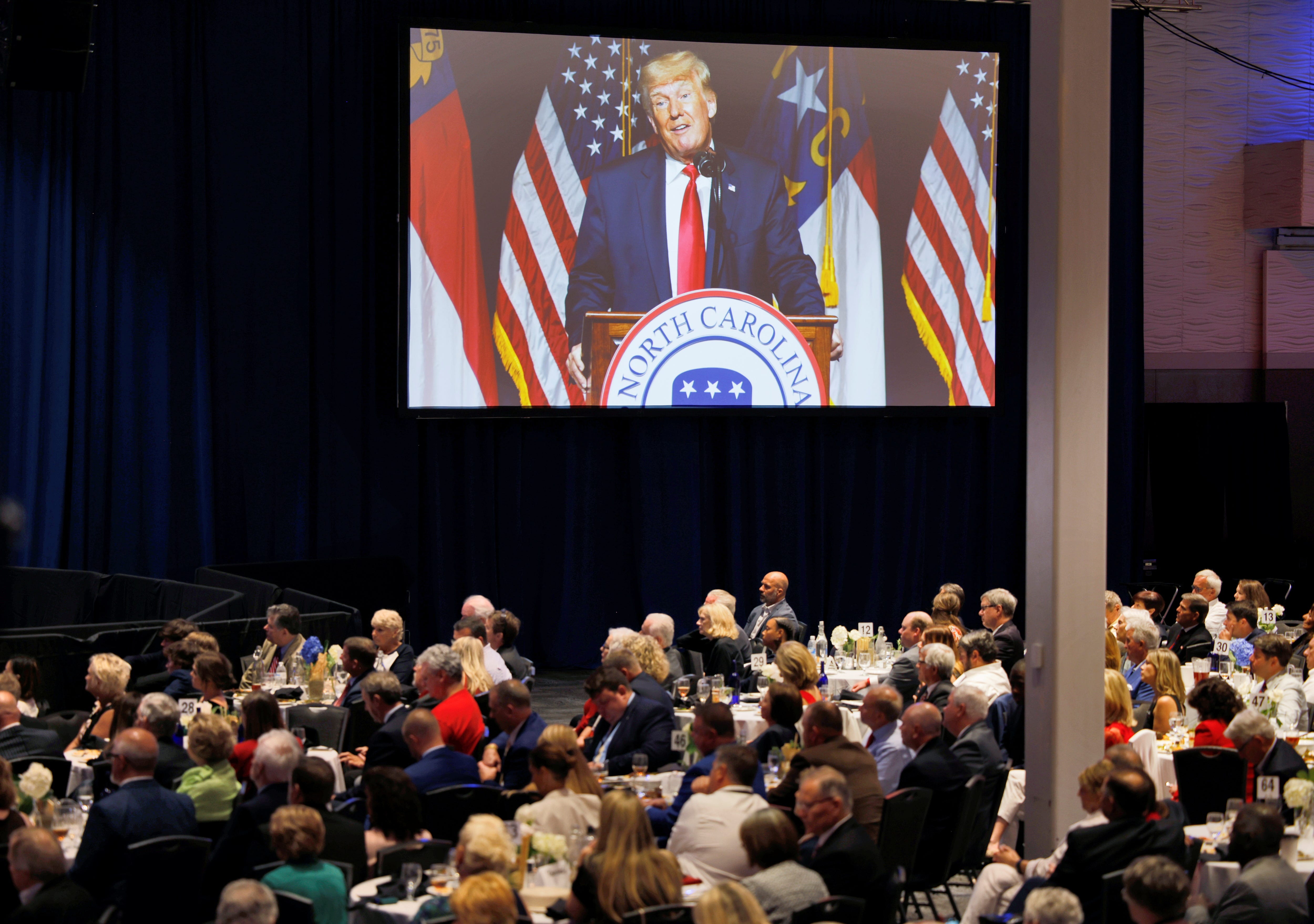 Trump took aim at Mark Zuckerberg, chief executive at Facebook, calling him "another beauty," saying his "human nature" was ruining the country.

The speech came a day after Facebook announced Trump's suspension would last at least two more years. He was removed from the social network the day after the January 6 insurrection at the Capitol. The company's Oversight Board in early May had extended the ban by six months.

Without direct access to the billions of social-media users, Trump has struggled to find a way to speak directly to his followers. He launched a blog called "From the Desk of Donald J. Trump," posting statements that could be shared by users allowed on Facebook or Twitter. But readership and sharing floundered. It was also buggy. The blog was taken offline last week.

White House Press Secretary Jen Psaki on Friday said: "Feels pretty unlikely that the zebra is going to change his stripes over the next two years. We'll see."