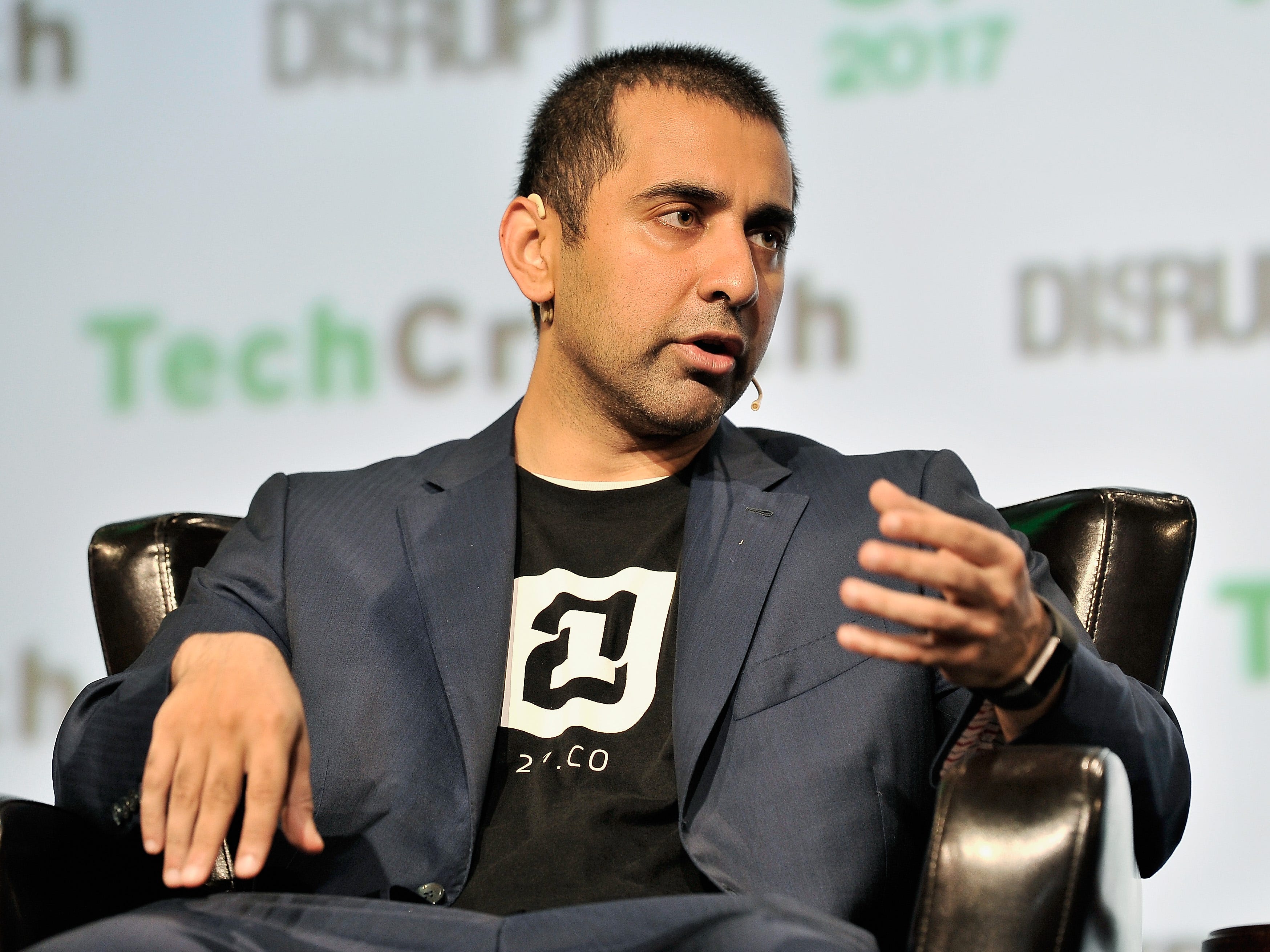 Tech investor Balaji Srinivasan reportedly suggested siccing ‘the Dark Enlightenment audience’ on a journalist, the New York Times said.
Srinivasan made the comment in a 2013 email to a far-right blogger, the Times reported.
Some distrust of the mainstream media has circulated in Silicon Valley for years.
Visit the Business section of Insider for more stories.

Tech investor Balaji Srinivasan reportedly suggested doxxing a journalist who wanted to report on ties between Silicon Valley and the neoreactionary movement, a neo-fascist philosophy embraced by the alt-right and some tech elite.

Srinivasan made the suggestion in 2013 in an email to far-right blogger Curtis Yarvin, the New York Times reported Saturday.

“If things get hot, it may be interesting to sic the Dark Enlightenment audience on a single vulnerable hostile reporter to dox them and turn them inside out with hostile reporting sent to *their* advertisers/friends/contacts,” read the email from Srinivasan, according to The New York Times.

The Dark Enlightenment is another name for the neoreactionary movement.

The email from Srinivasan to Yarvin came after the tech news site TechCrunch published an article exploring Silicon Valley’s links to the anti-democratic neoreactionary philosophy, the New York Times said.

Srinivasan did not respond to an Insider request seeking comment about the alleged email.

Read more: How Biden’s Pentagon plans to win back Silicon Valley and get the tech talent it needs, according to experts

“Many in the tech industry saw the attitudes fostered on Slate Star Codex as a better way forward. They deeply distrusted the mainstream media and generally preferred discussion to take place on their own terms, without scrutiny from the outside world,” Metz wrote.

The alleged email garnered attention from tech reporters. “So important to remember that these bad faith attacks by Balaji etc are intentional. Their goal is to ruin your life w/ doxxing, online abuse and harassment, these men know what they’re doing,” New York Times reporter Taylor Lorenz tweeted.

Nilay Patel, editor-in-chief of the Verge, responded in a tweet,“This is straight GamerGate tactics, used by wealthy and connected tech investors.”

Some distrust of the mainstream media has circulated in Silicon Valley for years.

Venture capital firm Andreessen Horowitz’s a16z last month made waves with its strategy to build out its editorial and content strategy and publish its own news.

Sarah Cone, the founder and managing partner of Social Impact Capital, told Insider she believes journalists can oftentimes be unnecessarily hostile towards certain topics within the tech industry. She also encourages founders and VCs to eschew mainstream media and “go direct” with their messaging.