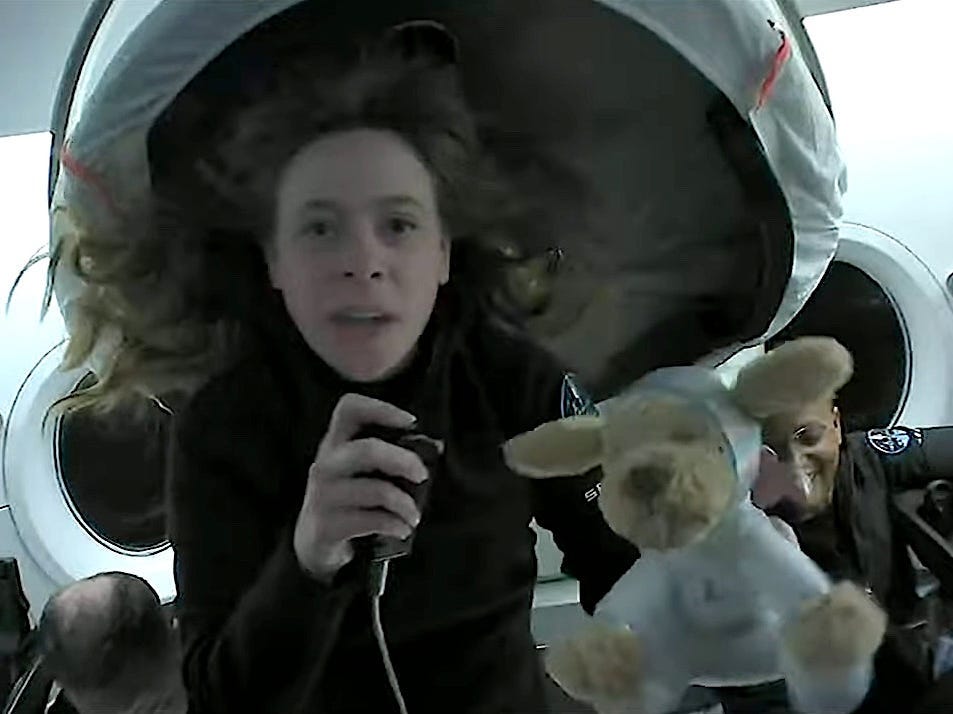 A screengrab from a live broadcast from the Crew Dragon spaceship shows Hayley Arceneaux holding up Jude the plush dog, September 17, 2021.

SpaceX's first tourist crew brought a plush puppy wearing a spacesuit to orbit with them.
The space pup is based on two service dogs, Puggle and Huckleberry, at St. Jude Children's Research Hospital.
The plush dog is sold out, but it's part of the mission's fundraising for childhood-cancer research.
See more stories on Insider's business page.

When SpaceX's first tourist crew rocketed into Earth's orbit, they brought a fluffy stowaway with them.

They would soon become the first people to reach Earth's orbit without a single professional astronaut on board.

As the Crew Dragon spaceship settled into its path around Earth, a plush doll started floating around the cabin. It was a golden retriever. In later footage, it was wearing a spacesuit, quite similar to the SpaceX pressure suits that the human passengers wore. 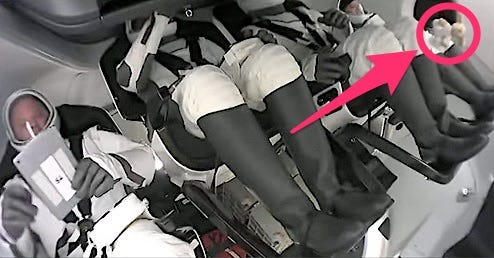 It turns out that toy is based on two real-life dogs – Puggle and Huckleberry – that work for St. Jude Children's Research Hospital. The golden retriever and goldendoodle help comfort children who are undergoing cancer treatment. They came to the hospital from service-dog school in 2019.

Puggle and Huckleberry "sit with the kids when they're scared, they climb up in bed with the kids," Arceneaux said on a video broadcast from the Crew Dragon. "They'll even go through the MRI machine or the CAT scan machine before the kids do, to show them that it's not so scary. And so we wanted to bring one of these really sweet dogs to space."

Today, Arceneaux works at St. Jude as a physician-assistant. But she first got familiar with the hospital as a child, when she received treatment for bone cancer. As a result, she has a rod in her leg and is now the first person in space with a prosthetic.

"Because of my cancer, knowing that I'm sitting here today and getting to represent all these other kids, this is the biggest honor of my life," Arceneaux said in a press conference on Tuesday.

The plush pup is on sale to raise money for St. Jude

Isaacman aims to raise $200 million for St. Jude's pediatric-cancer research by asking for donations online and auctioning items related to the flight. That's in addition to $100 million he's already donated himself.

As of Friday evening, the Inspiration4 mission had raised nearly $52 million. 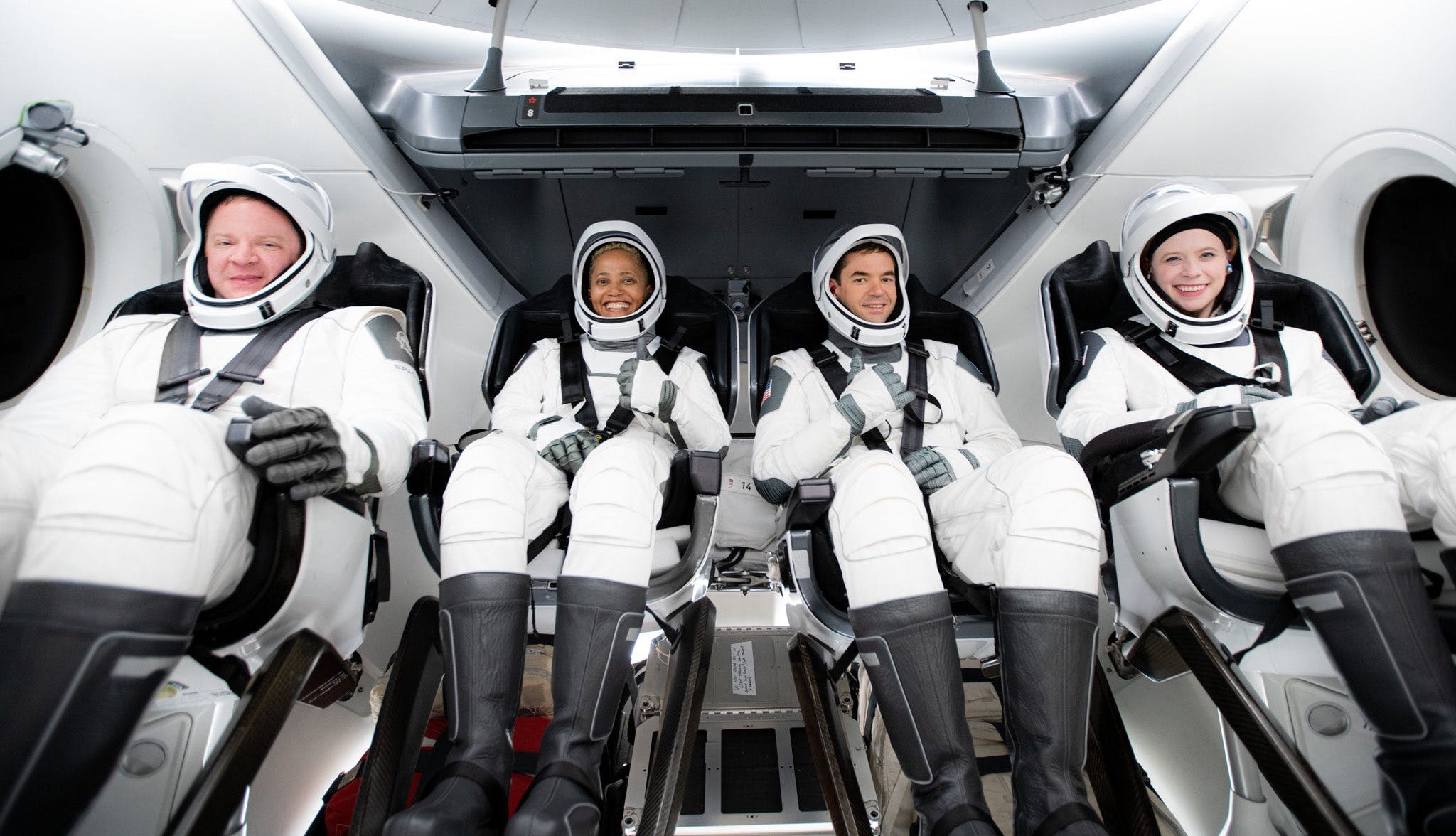 The machine-washable polyester pup, named Jude, is available to purchase on the St. Jude website for $24, with all proceeds going to the hospital. As of Friday evening, the service-dog plush was out of stock.

It's a tradition that astronauts bring a cute plush toy to space with them as a "zero-gravity indicator." When it starts floating, they know they're in orbit. It's also tradition that these toys sell out after making their orbital appearances. Previous SpaceX astronaut missions have carried a sparkly dinosaur, a Baby Yoda doll, and a penguin named Guin Guin.

Jude the plush dog and his human crewmates are scheduled to return to Earth on Saturday, splashing down off the coast of Florida at 7:06 p.m. ET.