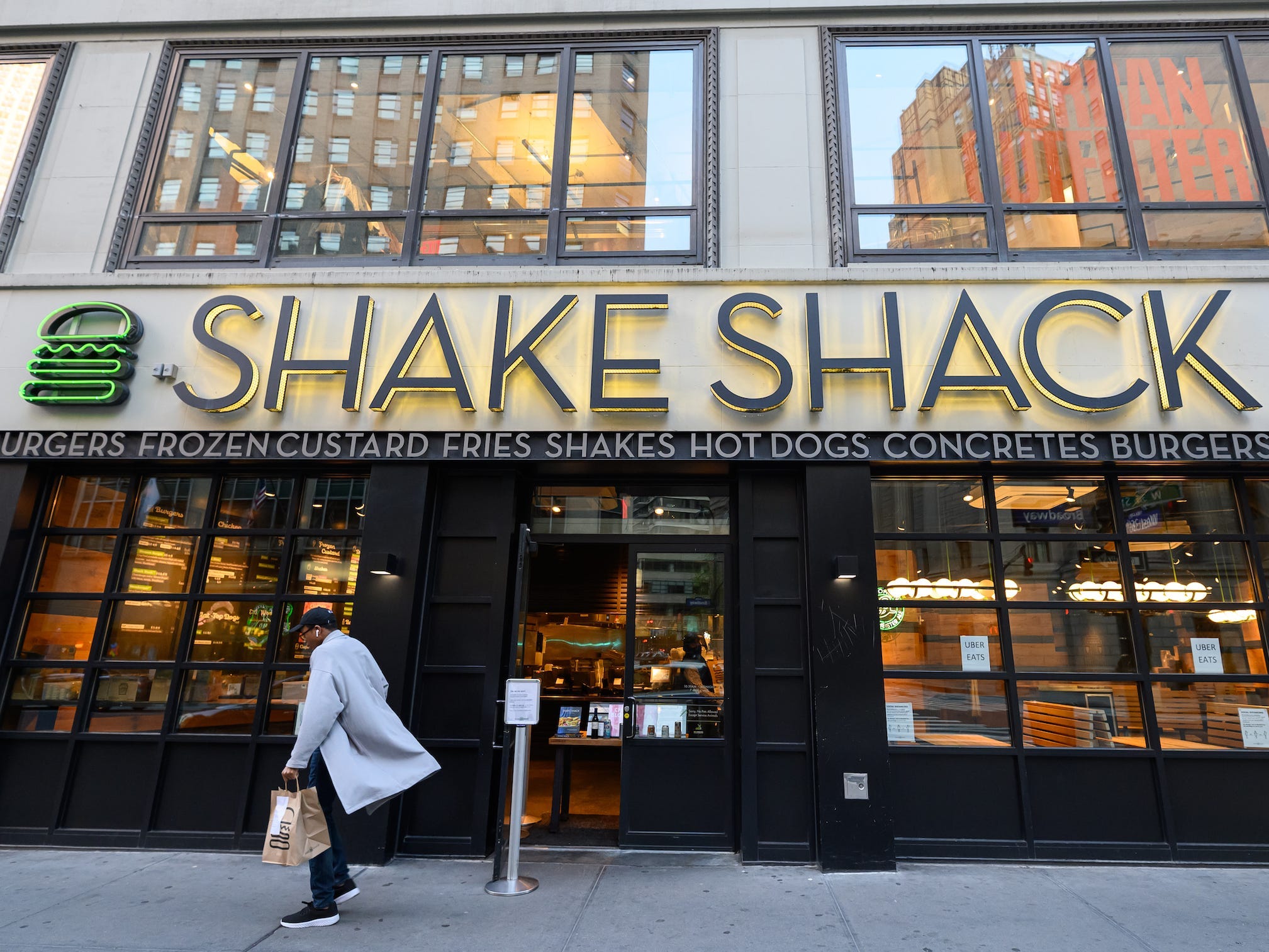 Shake Shack is opening up to 45 new company-operated restaurants in 2022 – but most won't open until the end of the year.

Shake Shack will open up to 45 company-operated stores in 2022 — but mostly not until the end of the year.
This is because of inflation, supply-chain chaos, and a lack of labor, its CEO told investors.
He added that the chain is knuckling down on adding drive-thrus to the new sites.

Shake Shack is pushing back when it will open new restaurants because of soaring construction and material costs and a lack of labor.

The company is due to open between 40 and 45 new company-operated restaurants in 2022, a record for the chain. But most won't open until the end of the year, and they'll cost more than usual, CEO Randy Garutti said at its fourth-quarter earnings call Thursday.

Restaurants have been turning to different formats during the pandemic, with a focus on ghost kitchens, drive-thrus, and digital ordering as more diners get food to eat at home or on the go. But this comes as the construction industry is being hit by a labor shortage, supply-chain delays, and wider inflation.

Shake Shack expects to open between 12 and 14 restaurants by the end of June, Garutti said at Thursday's call. "And there's risk to these numbers as uncertainty in availability of timeline-critical items has continued to grow even over the last quarter."

Garutti said the company was going to grow its store count "at an appropriate pace."

"We're taking this opportunity to continue to grow because Shake Shack is so small compared to our opportunity and we've got a long way to go," he said.

Shake Shack expects the restaurants it opens in 2022 to have buildout costs around 10% to 15% higher than usual "due to sustained inflation of material costs and labor costs," Garutti said. This comes as other costs at Shake Shack are rising, which the company warned could push down its operating-profit margin in the first quarter.

"When cost to build is up and profits are down, payback takes a little longer," he said.

As well as many having drive-thrus, which cost more to build, around a quarter of the new restaurants will have either a walk-up or drive-up window for customers to collect food they have ordered online in advance, he said. Digital sales accounted for 42% of total orders in the fourth quarter.

Shake Shack opened its first drive-thru restaurant in December, and now has three, Garutti said. The company expects to have up to 10 stores with drive-thrus by the end of 2022, located in busy-traffic areas.

Around half of the company's restaurants have digital order kiosks, and the company plans to add more in 2022. Garutti said that customers who used these tended to place bigger orders.