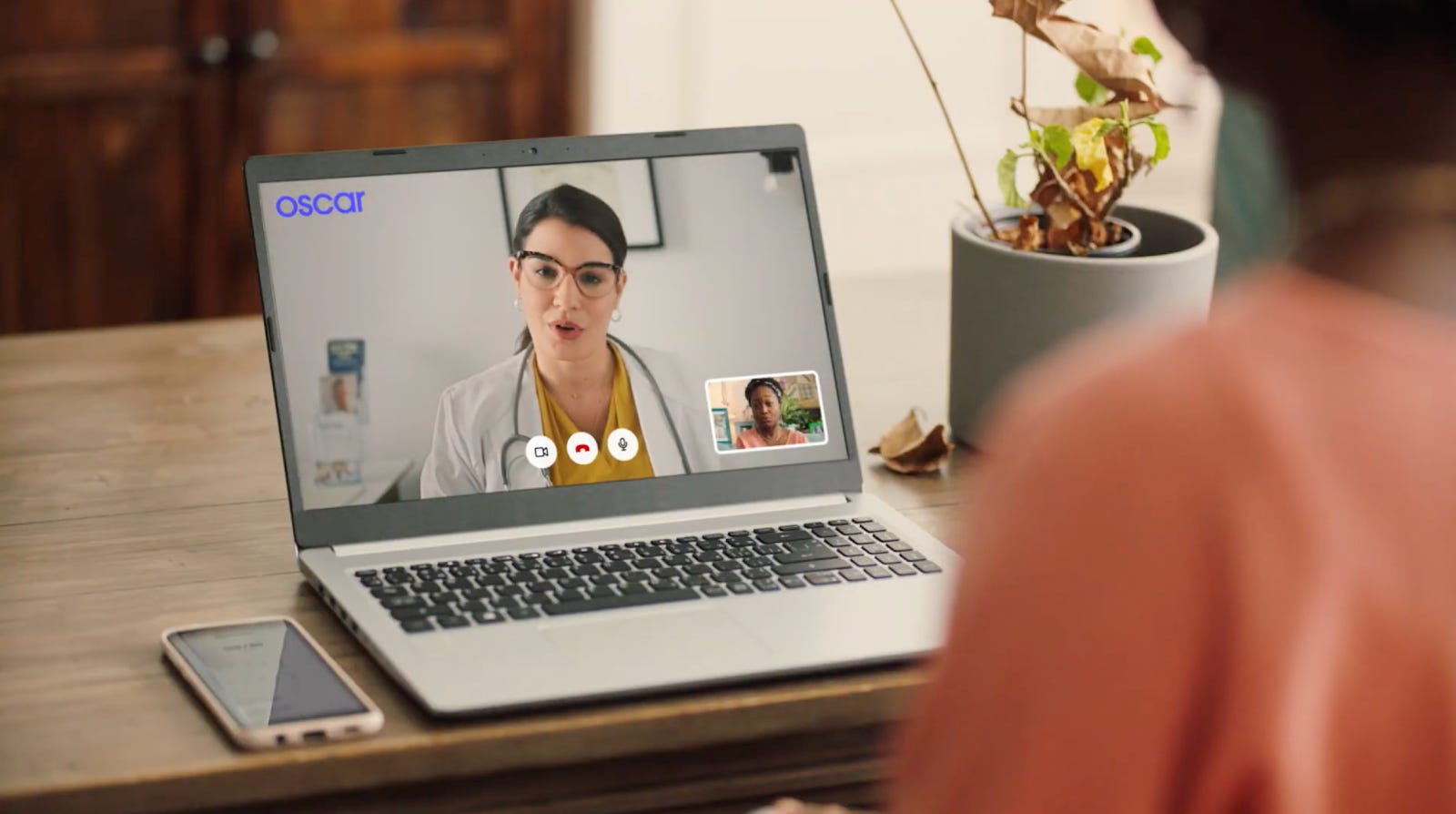 A patient visits with an Oscar Health virtual primary-care doctor.

Many insurers and telehealth companies launched virtual primary-care programs amid the pandemic.
Some say they're starting to see promising results, like improved health outcomes and lower costs.
They're betting that the future of primary care is virtual.
This article is part of a series called "Future of Healthcare," which explores how technology is driving innovation in the development of healthcare.

Virtual primary care may be more than a pandemic-era fad.

Over the past couple of years, health insurers like Humana, Oscar Health, and UnitedHealthcare, and telehealth companies like Doctor on Demand and Teladoc, launched health plans and programs that encourage patients to see a primary-care doctor online.

In some cases, these programs were in the works before the COVID-19 pandemic, but the crisis spurred companies to roll them out faster to give patients a safe, convenient way to get care when in-person options were limited.

Now, the companies that spearheaded virtual primary care say there are signs it will remain a fixture in healthcare going forward.

Insurers and telehealth vendors are starting to see promising early results, like improved health outcomes and lower costs, that they say signals the future of primary care is virtual. 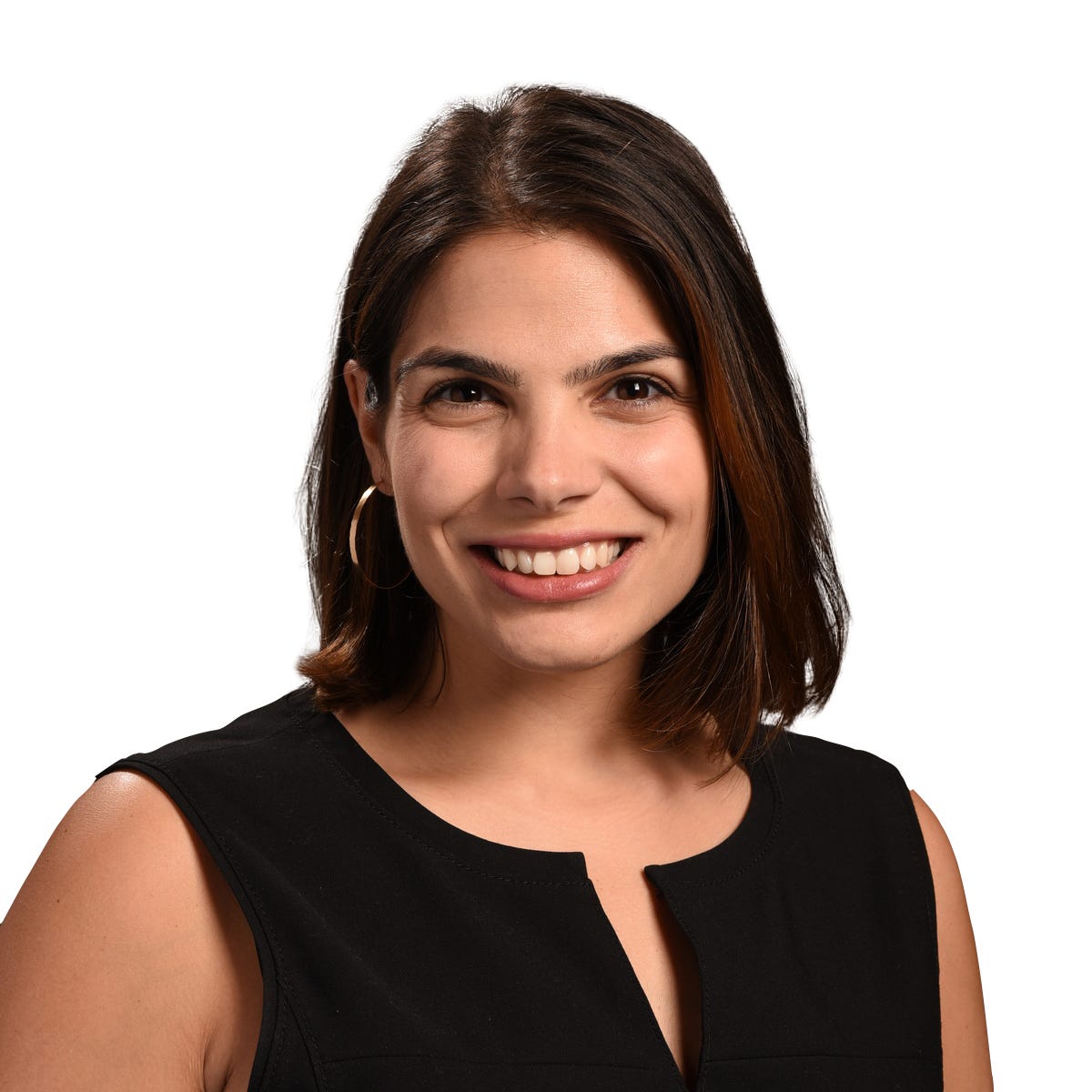 "There's a new norm being established for what it means to have convenient access to high-quality care, and providers who are actually invested in your health and wellbeing long-term," Marianna Spanos, vice president of virtual care at Oscar Health, said.

Some data suggests that companies that provide health coverage to their workers are rapidly adopting health plans that encourage patients to seek virtual care.

A September Credit Suisse survey of more than 400 health-benefit managers at companies across the country found that 15% of them plan to offer a virtual-first health plan to workers in 2022, and another 20% are interested in exploring the option. They said they expect virtual-first plans could save them about 6% in health-plan costs, the survey found.

That's a pretty good acceptance rate for such a new option, considering many companies tend to wait for a new product to take hold in a market before offering it to their own employees, said Credit Suisse analyst AJ Rice.

New York-based Oscar Health piloted its virtual primary-care plans in 2019 and 2020 before launching them more broadly to commercially insured individuals and families in January 2021. The plans allow people to opt for primary care online at no cost.

Spanos said she's encouraged by early results. Many of the people who have signed up for the program didn't have a primary-care doctor before or were looking for a new one, she said, and Oscar's data shows they are using it to establish ongoing relationships with a doctor – not for a second opinion or to supplement other care. The members opting to go virtual span all age groups, she said.

In some of Oscar's markets, virtual providers represent 15% to 20% of all primary-care use among the health insurer's members, she said. She declined to give specific enrollment numbers.

Early data also shows that emergency department spending among people using virtual primary care is about 13% lower than spending among other people enrolled in the plan who aren't using the program, after adjusting for age and severity of conditions, Spanos said.

Doctor On Demand, which partners with employers and health insurers like Humana to offer virtual primary care, has also found that it's resonating with patients and lowering their costs.

Robin Glass, the president of the telehealth company, told Insider that the number of people served by the company's virtual primary-care practice has grown nine-fold since it launched in 2019, though she declined to say exactly how many people the practice serves.

The company's data shows that members are seeing their virtual primary-care doctors more than two times each on average, and those repeat visits are translating to better outcomes and lower costs.

For one of its health plan clients, unnecessary medical visits dropped 24% across the virtual primary-care membership, Glass said. For that health plan, the cost of care for members who had at least one visit with the virtual-care team dropped 35%, Glass said.

"We are feeling really bullish about how the model is working," Glass said.

Humana, which launched its virtual primary-care plan with Doctor on Demand in 2019, said early results show members using the program have significantly lower costs than those who aren't engaged with it, a company spokesperson said. The spokesperson declined to provide more detail on how many people have enrolled in the plan or their costs.

But Christopher Hunter, president of the insurer's group and military business, said at Humana's investor day in June that the plan is "really taking off."

Humana first piloted the plan to small companies in Florida and Texas that provide health coverage to their employees. It's since expanded the program to a total 15 states and to larger companies, the spokesperson told Insider. It's planning to launch a version of the virtual primary-care plan for its own workers this month, the spokesperson said.

In another sign that the movement toward virtual primary care isn't going away, more health insurers, including Aetna and regional insurer CareFirst BlueCross BlueShield, have unveiled programs giving patients options to get their routine care online.

Favazza said the goal in opening the practice is that it leads to more rational use of the healthcare system among those patients that previously didn't have a primary-care doctor. People with primary-care doctors tend to get just the right amount of care at the right time, leading to higher quality and lower costs, she said.

"The key is taking the big giant pretrial offer that everybody got thanks to COVID and turning it into something monetarily, spiritually, clinically, emotionally better," Bush said. "If you don't create economic value, it ain't gonna stick."