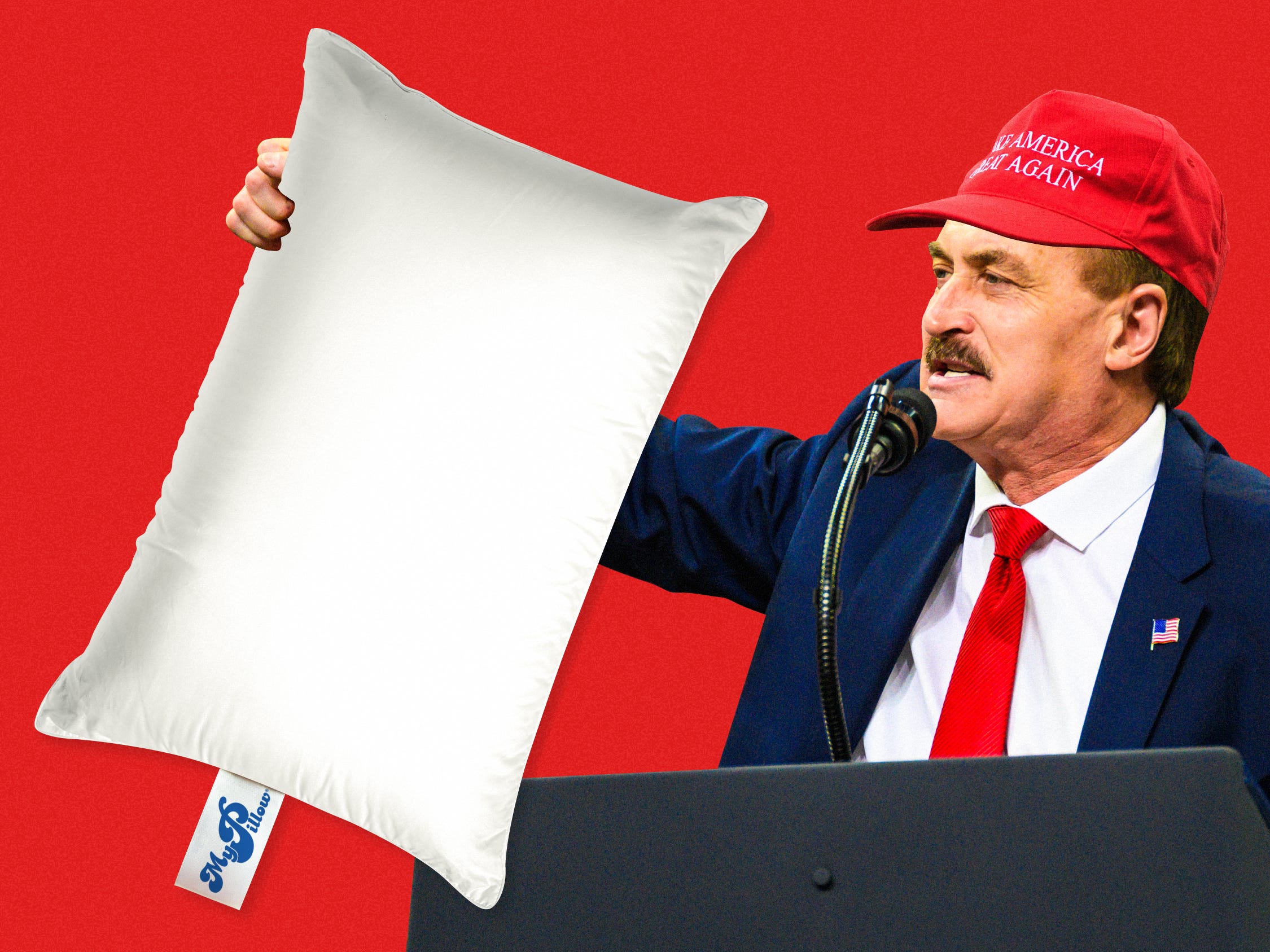 Speaking on Steve Bannon's "War Room: Pandemic" podcast on Monday, Lindell announced that he was launching MyStore as a "rival to Amazon." Lindell's latest appearance on Bannon's podcast follows his last visit to the show two weeks ago, where he went on a long rant about voter fraud allegations and asserted, once again, the baseless conspiracy theory that former president Trump would be back in office in August.

The MyPillow website currently features a version of MyStore with 81 products. These include "freedom flags," "freedom coffee", and – somewhat bizarrely – an "uncommon US flagpole."

Also sold on the site are books about former president Donald Trump, including a book titled "Love Joy Trump." Lindell has also listed his memoir, titled "Mike's Memoir: With God, All Things Are Possible," which retails for $9.97.

"For years entrepreneurs and inventors have come to me with products and ideas. They don't know how to market them and I haven't had the time to show them," Lindell said in a video on the site.

"I am going to put vetted products from great entrepreneurs on here, like you see a sampling of them here today, that are going to change this country," he continued.

"We're finally going to be able to see these products and be able to get these great entrepreneurs, their great ideas, out to you, the public."

The site also proclaims that there are "hundreds" of products coming soon, and includes a link to a form for people to submit applications for "products ready for market."

It is unclear if Lindell was referring to the current iteration of MyStore as being a solid contender to rival Amazon's dominance in the US e-commerce market, or if he planned to launch another version of it.

In the span of just a few months, Lindell has been banned from Twitter and sued by voting-machine company Dominion, after he peddled voter-fraud conspiracy theories.

Insider reported in February that he and his company, MyPillow, were expected to lose $65 million in revenue over his election fraud claims, but analysts and marketing experts say he might be able to find a way to capitalize on the bad press to get some monetary returns.