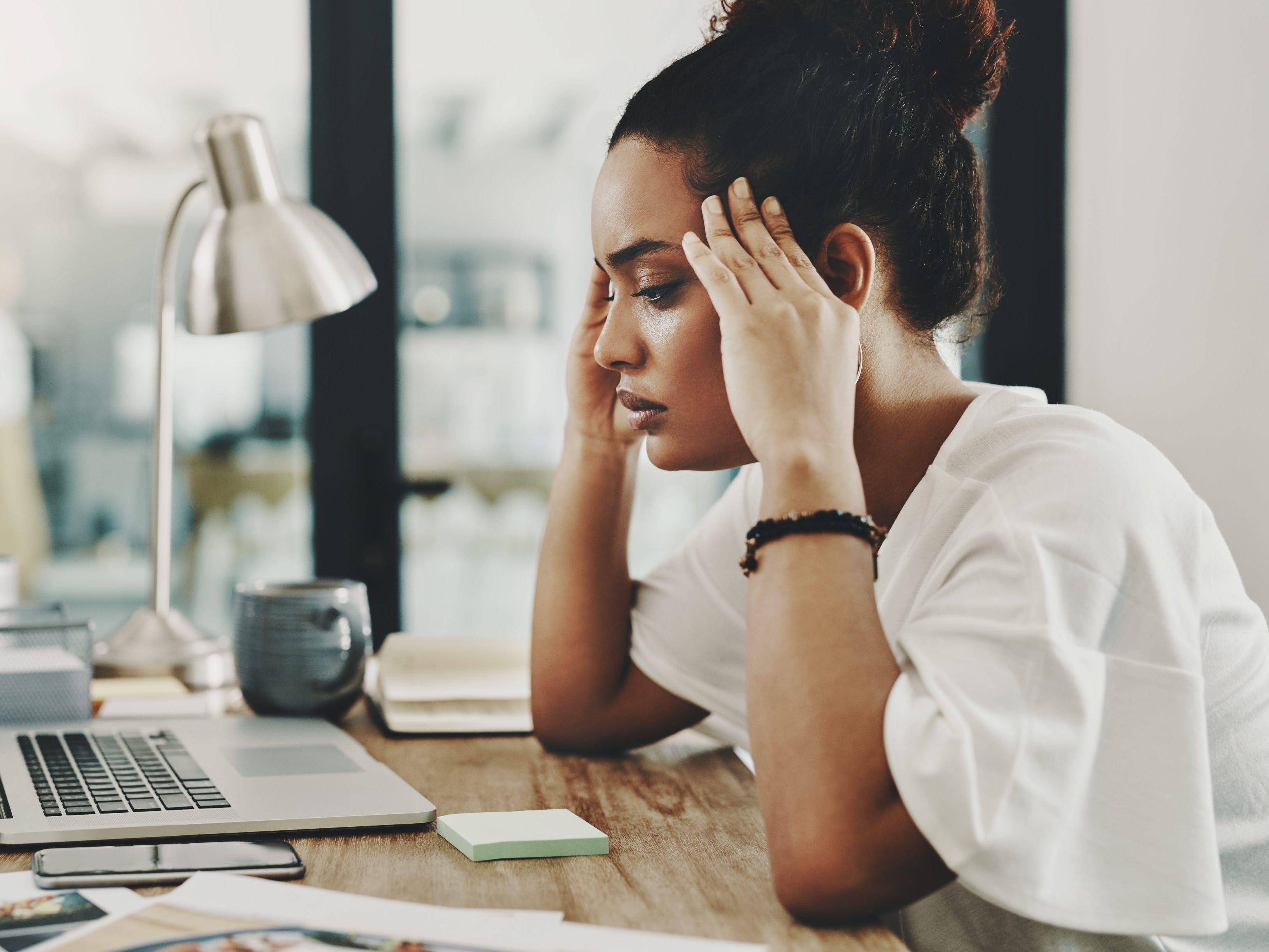 People who suffer from the imposter syndrome attribute all their success to luck rather than talent.
It can derail your career and lead you to end up trapped in a role far below your potential.
Occupational psychologist Elisa Sánchez told Business Insider there are tricks to combat it, though.
See more stories on Insider's business page.

If you live in constant fear that your peers are going to discover you are, in fact, a fraud, you may be experiencing a phenomenon commonly known as imposter syndrome.

"Impostor syndrome is the sensation a person may experience when they feel unworthy of the results they're seeing and the appreciation or admiration other people have for them," Elisa Sánchez, a psychologist specializing in occupational health and human resources, told Business Insider.

However successful a person may be in their career, however much recognition they receive, and however many good grades they get have no bearing on how a person suffering from imposter syndrome may feel.

They tend to perceive most of their achievements as borne of luck or chance – anything other than their positive attributes, strengths or skills.

And so they view themselves as "phonies."

Imposter syndrome can affect anyone

The phenomenon was first identified in 1978 by psychologists Pauline Rose Clance and Suzanne Imes.

Clance actually developed a test to help identify whether a person was experiencing it. Although it was first linked to women, it was later established that men experience the condition, too.

However, the term "syndrome" is a bit of a misnomer – referring to the phenomenon as a syndrome can create the false impression that it's a mental health issue that's easily diagnosable. 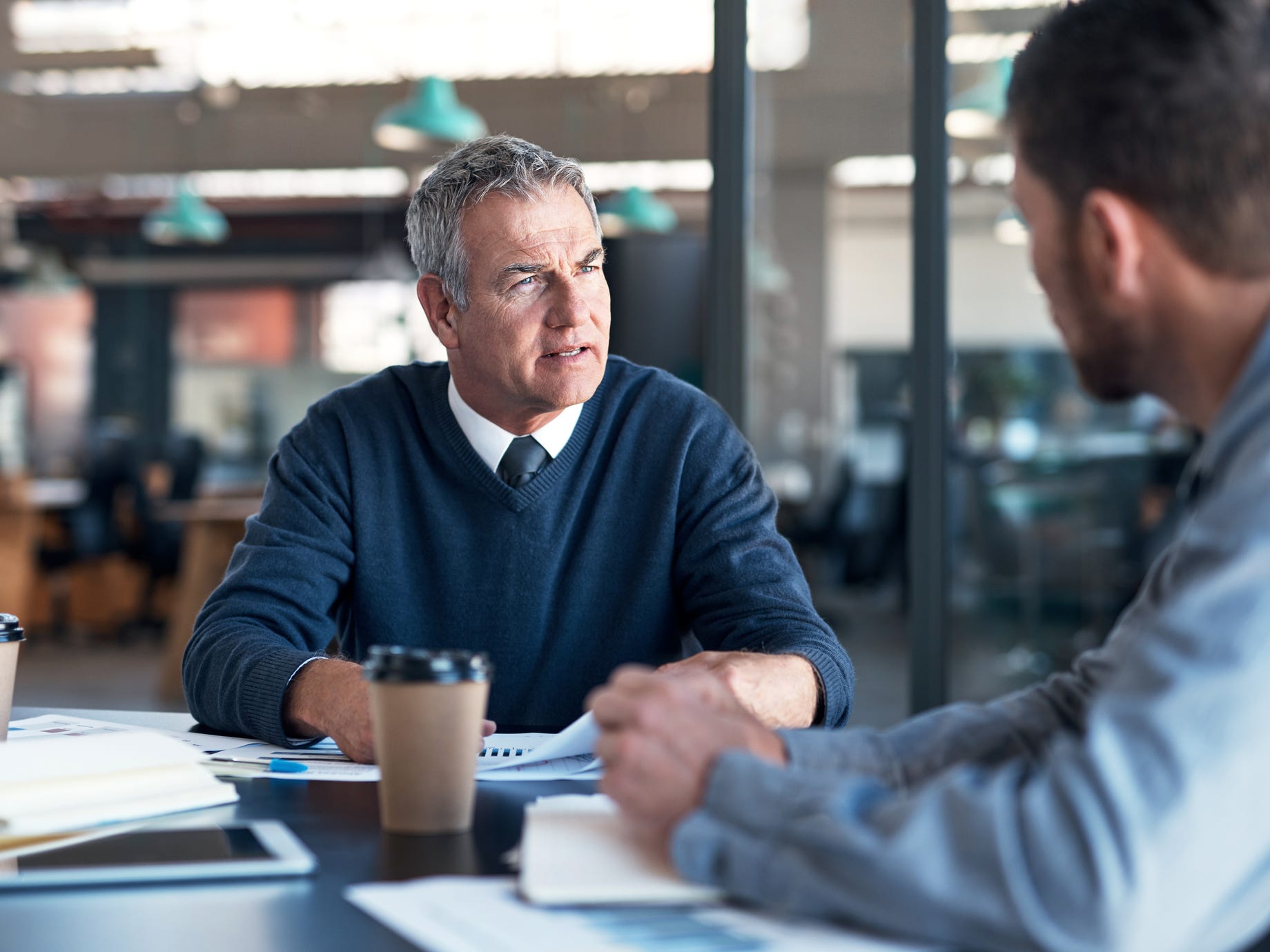 "Often, people will 'boycott' and limit themselves or won't progress in their careers out of fear," Sánchez said.

The reality is that imposter syndrome isn't a clearly defined illness; often, imposter syndrome boils down to a combination of how you feel as opposed to just your mental state. It often brings with it a vague sensation of general inadequacy or of not being up to a given task.

This is why it's often tricky to establish that you're experiencing it.

People who feel impostor syndrome, for example, will sincerely believe they don't have the necessary skills to conduct their job or studies, even if they've received praise within their role or they've attained scholarships that demonstrate their capabilities.

They tend to feel uncomfortable with or minimize praise as they genuinely don't consider themselves worthy of it.

Despite all evidence around them pointing to no cause for concern, they will constantly doubt their potential even if they're overperforming.

Ultimately they're unable to internalize their own success and worth.

Imposter syndrome won't drive you to do better

While it could seem as though constantly worrying about whether you're doing "good enough" could potentially drive you to keep striving for better, imposter syndrome can actually have a totally detrimental effect on your career.

"Often, people will 'boycott' and limit themselves or won't progress in their careers out of fear," Sánchez said. 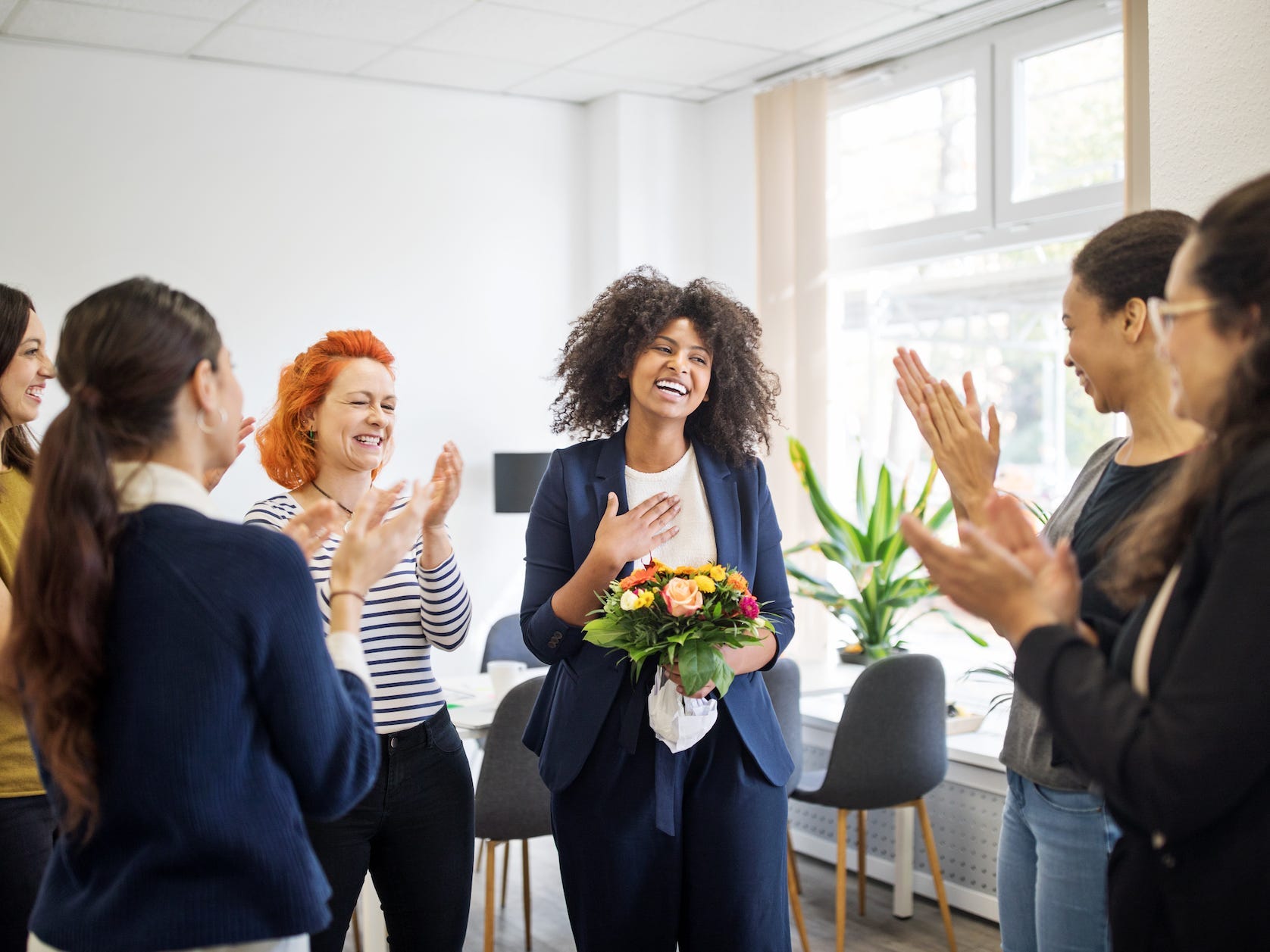 You may be missing out on promotions and career progression if you allow imposter syndrome to hinder you.

If you're convinced you aren't good enough, it's far easier to refuse to push for a raise or to apply for a better role -and, ultimately, you'll end up stuck working below your potential.

There is hope, however – Sánchez said that, if you're experiencing any of the classic thought patterns associated with imposter syndrme, there are ways to help you overcome it.

Start truly getting to know yourself
The first step to being able to face impostor syndrome head-on is through "self-acknowledgment", according to Sánchez.

There is nothing better for imposter syndrome than really taking the time to carry out an "honest, deep, realistic reflection" of your strengths and weaknesses, so you can objectively see you're worthy of your own achievements.

Sánchez said that you shouldn't stop there, though – she highlighted that you also need to apply this sort of evaluation to your emotions. 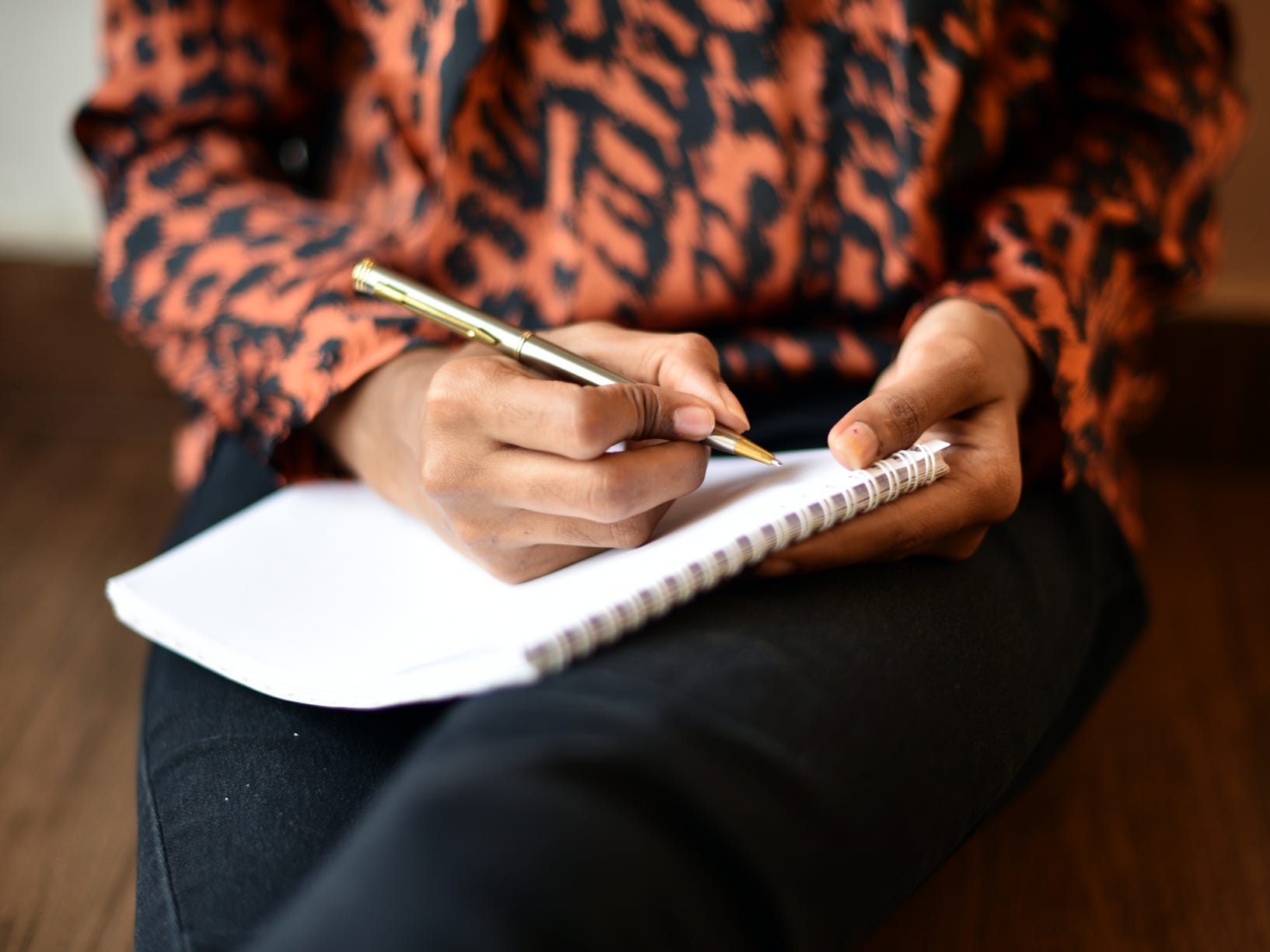 Take a moment to really sit and think about your strengths and weaknesses in the context of your success.

"Analyze how you feel, what you enjoy, what are your values, your priorities," she added.

From her perspective, if you're making a lot of effort to do something that isn't really aligned with your values, with what you want, or with how you see yourself, it will only perpetuate the situation.

It's natural that we all compare ourselves to our peers but it can be an incredibly harmful thing to do if you're experiencing imposter syndrome.

You're far more likely to cast doubt about yourself in your own mind when you compare yourself to your fellow colleagues, students, or even friends.

You may periodically check LinkedIn or Twitter and experience a surge of career envy – online, it seems like everyone around you is leading a successful career, is an expert in everything, and that everyone has endless reams skills.

It can leave you fixating on everything others have done that you haven't, leading you to wonder what you've achieved.

It's rare for people to make public their deepest insecurities or ignorance on a given subject; the tendency is to celebrate or magnify achievements, entirely overlooking hurdles and hiccups.

It makes it all the more convenient – without any real, solid foundation – to convince yourself that the rest of the world works harder than you and achieves more than you.

To stop these thoughts in their tracks, you need to learn to actively stop yourself from comparing yourself to others.

"Avoid those comparisons with other people," Sánchez said.

She also highlighted that it's important to differentiate between your self-esteem and your ego: "Self-esteem is loving yourself, taking care of yourself, and self-betterment – it shouldn't be equated with comparing yourself to others; that's your ego. You need to compare yourself to yourself and focus on being better than your previous self.

Look at yourself through others' eyes
Another tool used to combat imposter syndrome is what is known as "getting a public version."

It consists of asking two or three people to share some of your strengths and some areas for improvement.

"There they are going to give us a vision of how far this world of the impostor reaches," says the psychologist. Well, it is likely, as he explains, that others highlight aspects and qualities that those who experience the syndrome are not able to see in themselves.

"It is a way of becoming aware that the way we see ourselves is not how others see us . And neither one thing nor the other can be totally true," he explains.

"By the age of five, we've already identified various gender stereotypes – for example, which are 'men's jobs' and which are 'women's jobs'," says Sánchez.

"This can cause you to identify with certain professions," she added. "It's part of the reason many women who end up in fields that are traditionally more heavily oriented towards men may have much more severe impostor syndrome. They end up demanding more of themselves." 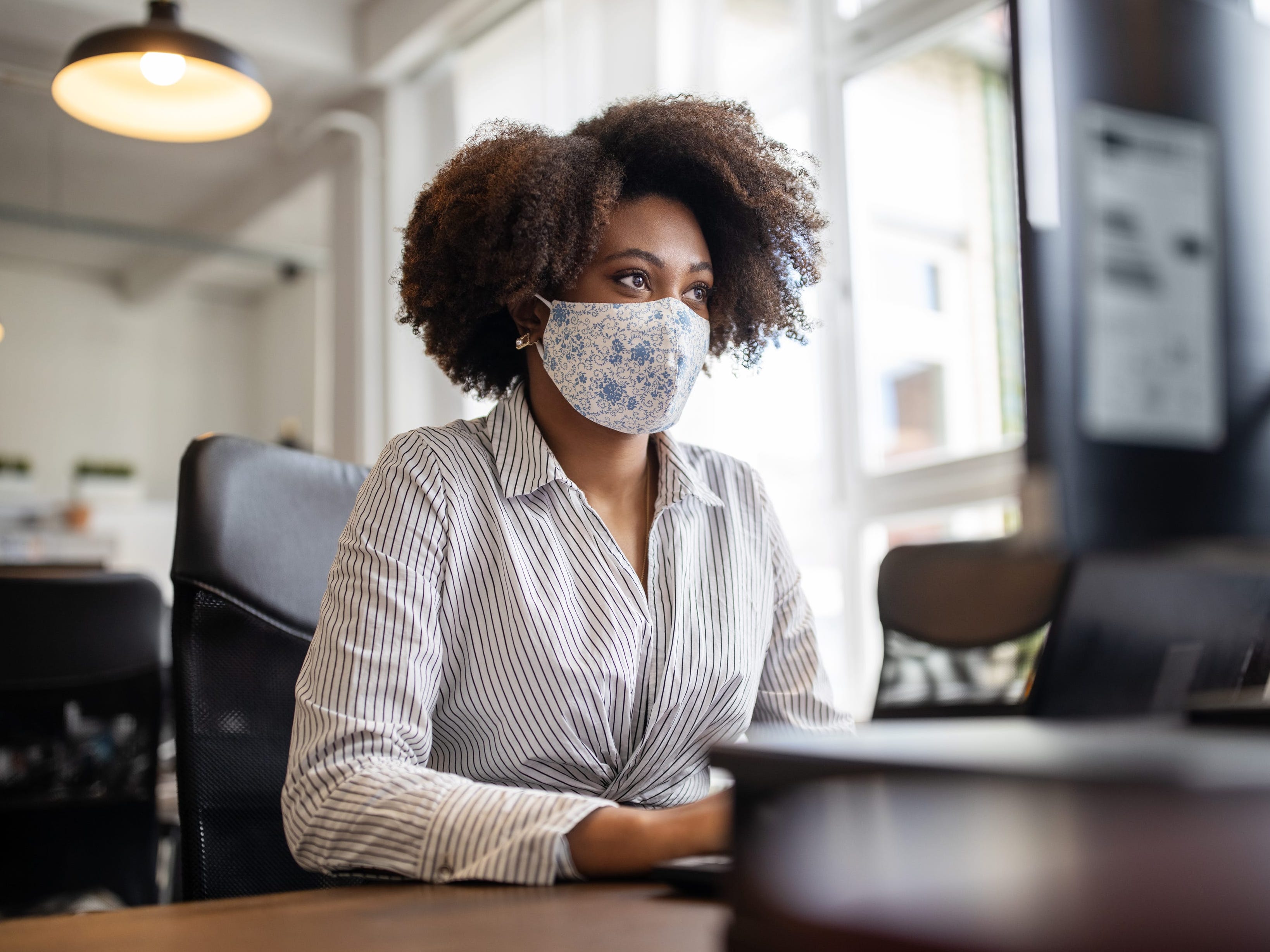 Sánchez said it's imperative to acknowledge and address internalized absolutes, stereotypes, and binaries to help yourself in the workplace.

According to the Harvard Business Review, impostor syndrome occurs frequently in groups of people where there are imbalances in representation, equity, and inclusion, often along the lines of gender, race, or social class.

"I think it is also important to take that vision into account to gradually become more aware that all people can choose different professions," she added.

Use professional valuation tools
If your sense of undervaluing yourself is getting to the stage where it's really interfering with your career and your relationships, it may be wise to consult an expert.

Sánchez said it can be helpful to consult with a psychologist specializing in skills assessment and talent identification so you can establish your worth in concrete terms.

"Helping people use techniques to assess their full potential is a realistic way of helping them see they have that talent," she said.