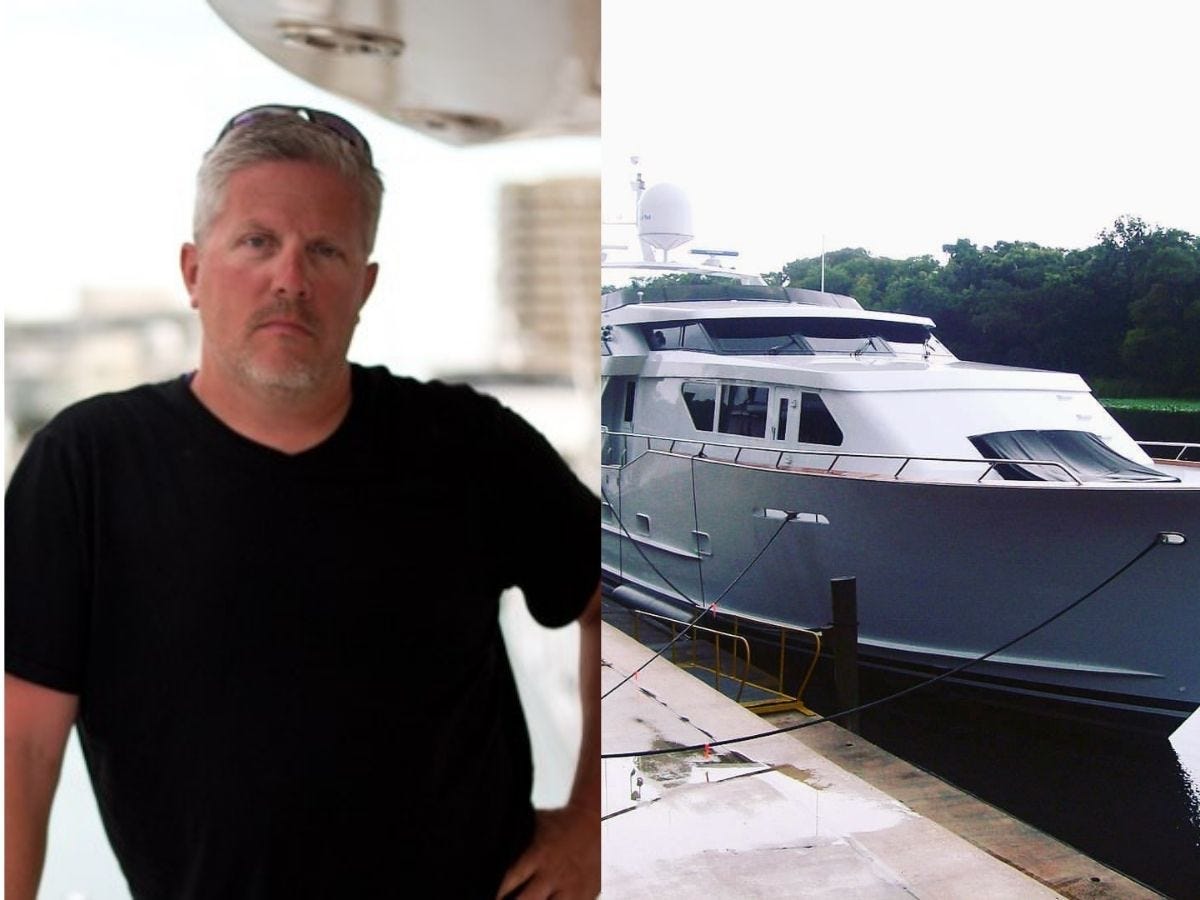 Ken Cage has been a high-asset repo man for over a decade.

Ken Cage repossesses high-end luxury assets like yachts and jets whose owners have failed to pay their loans.
Since 2005, Cage's team has repossessed 2,000 boats, some of which are worth as much as $20 million.
Here's what his job is like, as told to freelance writer Jenny Powers.
See more stories on Insider's business page.

I first met my buddy Bob Weeks when we were 10 years old, growing up in the suburbs of Philadelphia. Now, almost five decades later, we're in business together repossessing yachts and private jets from all over the country.

It's our job to chase down expensive assets from people who have defaulted on their bank loans. At the end of the day, we're a bank's last resort. When the bank calls me and issues a repo contract, it means they've exhausted all of their internal efforts – their automated reminders, follow-up phone calls, past due letters, and administrative attempts to be paid back have been largely ignored by the borrower.

I usually come in around 60 to 65 days after the 'past-due' marker. 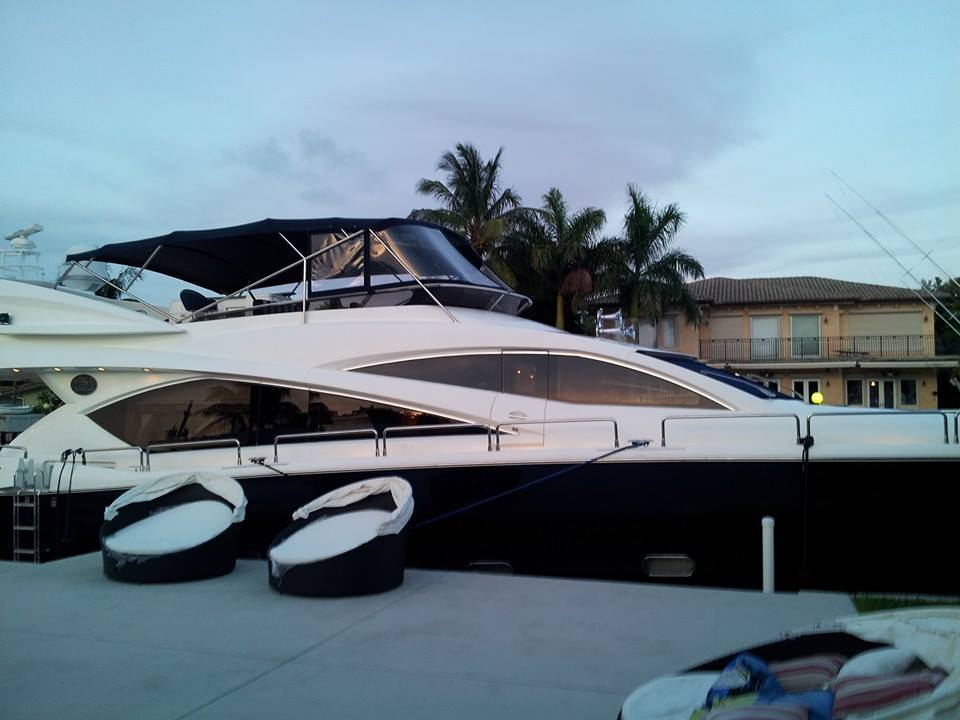 A 90-foot yacht from one of Cage's repos.

Once my repo team gets involved, it's time to kick things up a notch. My job is to retrieve the collateral any way I can, service it, sell it to a third party, and recoup the cash for the bank. My company only charges between $400 and $1,000 for the actual recovery; our real payday comes from the sale of the asset itself. The standard yacht broker commission is 10% but the rate decreases as the value of the yacht goes up, and we negotiate on a case-by-case basis with our clients.

Most of the time when the bank gives us a repo contract, they provide very few details. 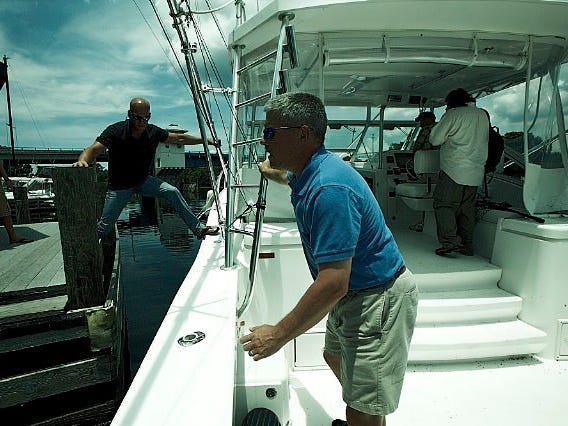 Pulling lines away from the dock to repossess a boat.

We usually get the debtor's name and last known address, and the year, make, and model of the boat along with the Hull ID or VIN number. The rest is up to us.

Banks can also simultaneously open the repo contract up to multiple repo companies, making our job even more challenging because then it becomes a race to see who can find the asset and repo it first.

This happened to me and my partner, Danny Thompson, when we were on the Discovery Channel show Airplane Repo in 2014. We were repossessing a $3 million custom-built yacht when another repo crew showed up and began towing the boat with us on it. Danny managed to cut the tow line and I drove the boat away, leaving the other repo guys in our wake. That job alone earned us $300,000 commission.

For each repo, we begin with an online search of state registries. We also check the US Coast Guard history which provides the chain of ownership and any name changes for the yachts. Then we start making calls. Sometimes, we're able to locate a boat with just one call thanks to local spotters around the country keeping an eye out for us.

At the end of the day, I'm not here to embarrass anyone – I'm just here to recover the bank's assets. 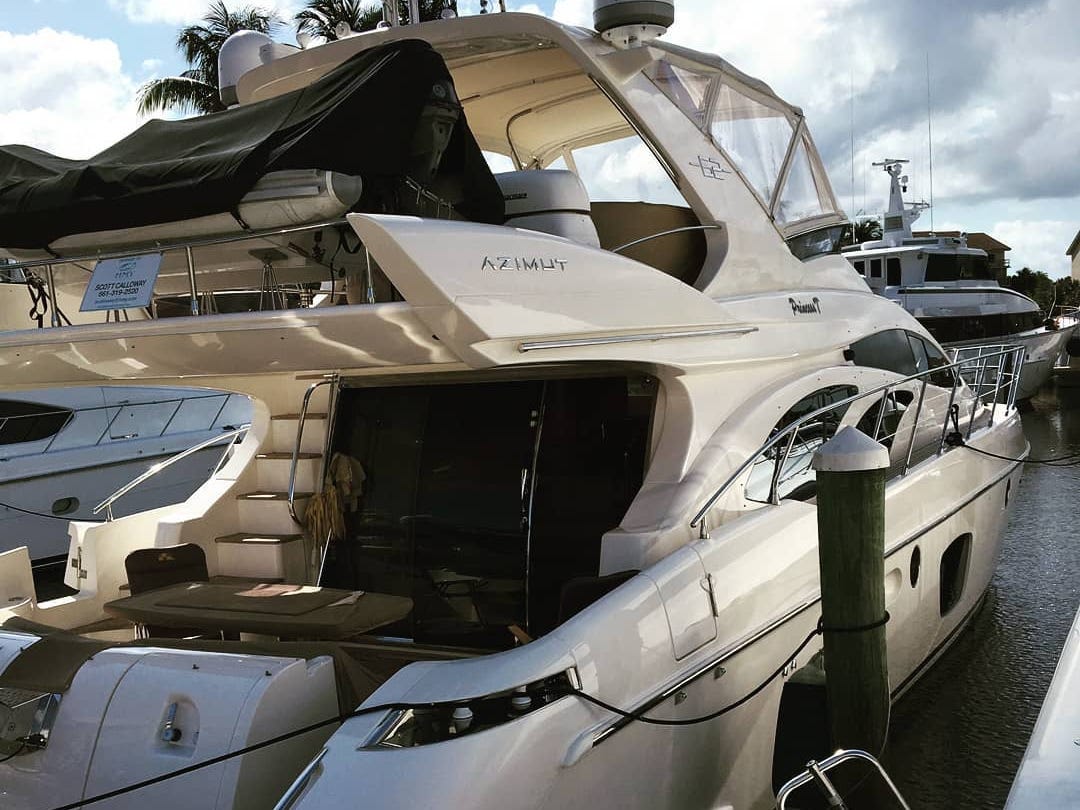 When I do come face to face with a debtor, I always tell them no one has to know why I'm here. For all I care, they can tell onlookers I'm buying their boat from them and they're ripping me off. If they cooperate, they can save face. It's all about tapping into their ego. One guy even helped me by hooking up his own boat for me to repo so he didn't look bad.

Often, deep down debtors are just relieved it's all over; they know it's just a matter of time until we catch up with them. But there are the belligerent types who will put up a fight. I had one guy in Maryland's Chesapeake Bay Area who chained the propeller of his boat to the dock in the hopes of causing damage to it, as one last shot at the bank.

Over the years, I've been in high speed chases on sea and land and dodged booby traps set up by angry debtors.

Cage transporting a repo'd yacht and riding a Jetski in search of another yacht.

I've dealt with professional athletes twice my size looking to fight me, a drunk wielding a shovel at my head, being shot at, you name it.

Even though I'm surrounded by boats, I've never owned one because I didn't have the time to enjoy it. Between 2005 and 2012, I was on the road about 250 days a year. But now that my four kids are older, we're looking into getting a 24'-30' fun family boat. One thing I know for sure is that I'll pay for it in cash.