Siri can translate words and phrases into about a dozen languages using the Translate app.
The Translate app can also host a two-way real-time conversation in two different languages.
Use the app's Face to Face mode to split the screen for easier conversations.
Visit Insider's Tech Reference library for more stories.

Based on the popularity of online language courses, it seems that everyone wants to learn to speak another language. But it's not practical to become fluent in the language everywhere you travel or with everyone you need to communicate. Siri can fill that gap by making it easy to translate phrases into about a dozen languages, and even carry on a two-way conversation with someone who speaks no English.

How to use Siri to translate words and phrases

1. If it's not already installed, go to the App Store and install the Translate app.

2. Activate Siri either by saying "Hey Siri" or pressing and holding the Side button on your iPhone. (On an old phone with a Home button, press and hold the Home button instead).

4. Siri will display a Translate notification and speak the phrase out loud. 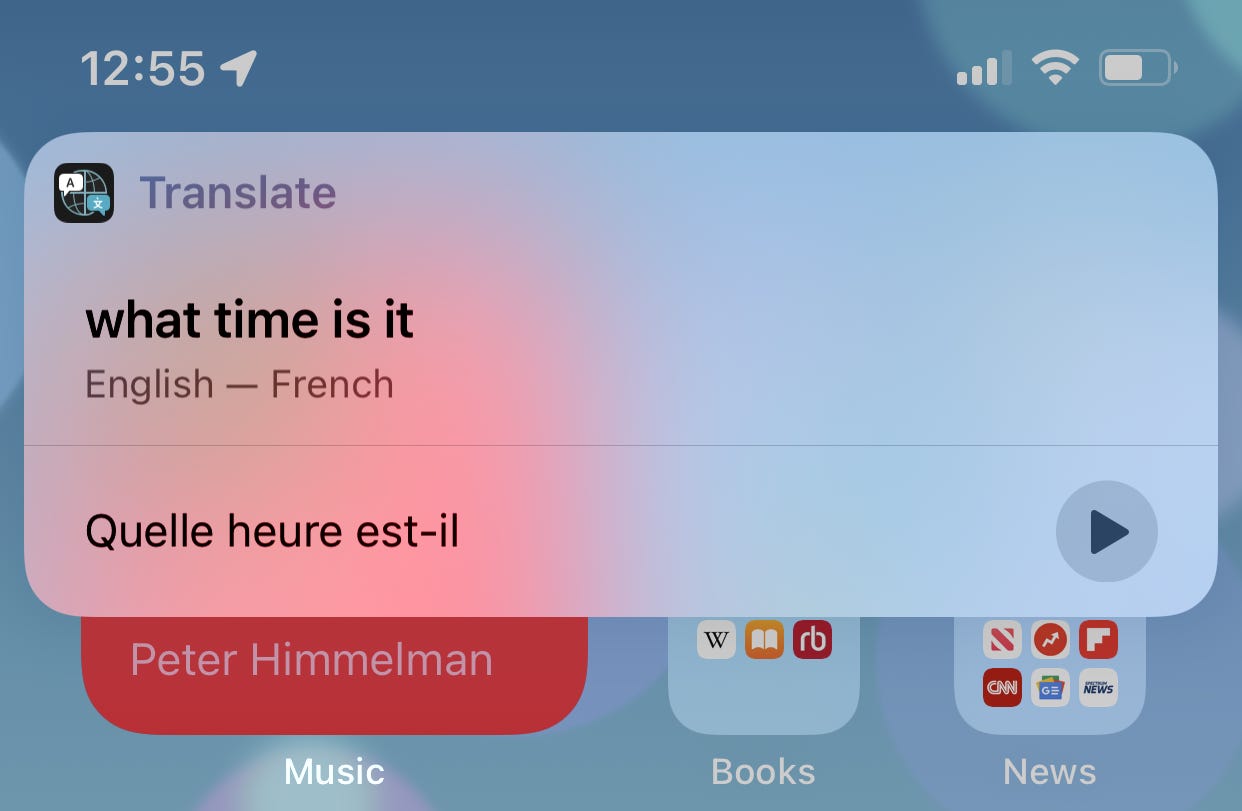 You can ask Siri to translate phrases into a handful of other languages.

When the Translate notification appears, there are two things you can do:

Tap the Play button to have Siri repeat the phrase in the target language.Tap the notification to open the Translate app.How to host a two-way conversation with Siri Translate

If you want to carry on a conversation with someone using Siri's Translate abilities, you can do this using the Translate app. You can start the app from your phone's Home screen or tap the Translate notification after asking Siri to translate a phrase.

The Translate app has three tabs – at the bottom of the screen, you can choose:

Translation. Translation is handy for translating words or phrases, usually on your own. Conversation. If you are interacting with another person, tap Conversation. This screen makes it easy for two people to exchange phrases. Favorites. If you tap the Star icon on the Translation screen, you will save that phrase to your favorites. Here is where you can find the list of saved favorites. 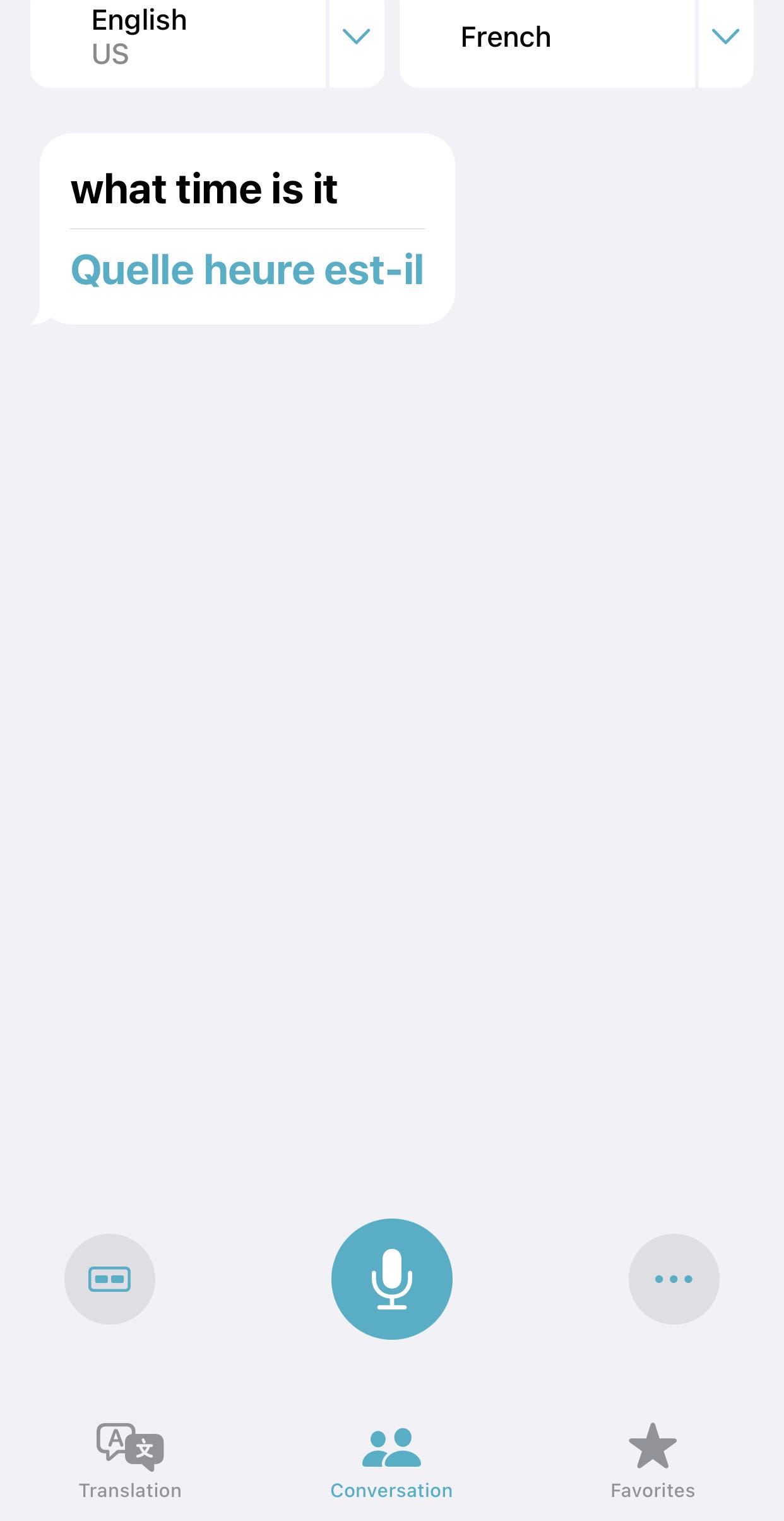 After tapping a Translate notification, the full Translate app launches.

To have a conversation:

2. Choose the target languages from the dropdown menus at the top of the screen.

3. Make sure that the app is set to automatically detect languages. Tap the three dots and, in the pop-up menu, make sure there's a check mark to the left of Detect Language.

4. Tap the icon to the left of the Microphone and choose Face to Face.

5. The screen now splits, with the two languages on opposite sides of the screen. Each person can take turns tapping the Microphone icon and speaking. The text will translate and appear translated on the other side of the screen.

6. When you're done with the conversation, tap the X at the top right of the screen. 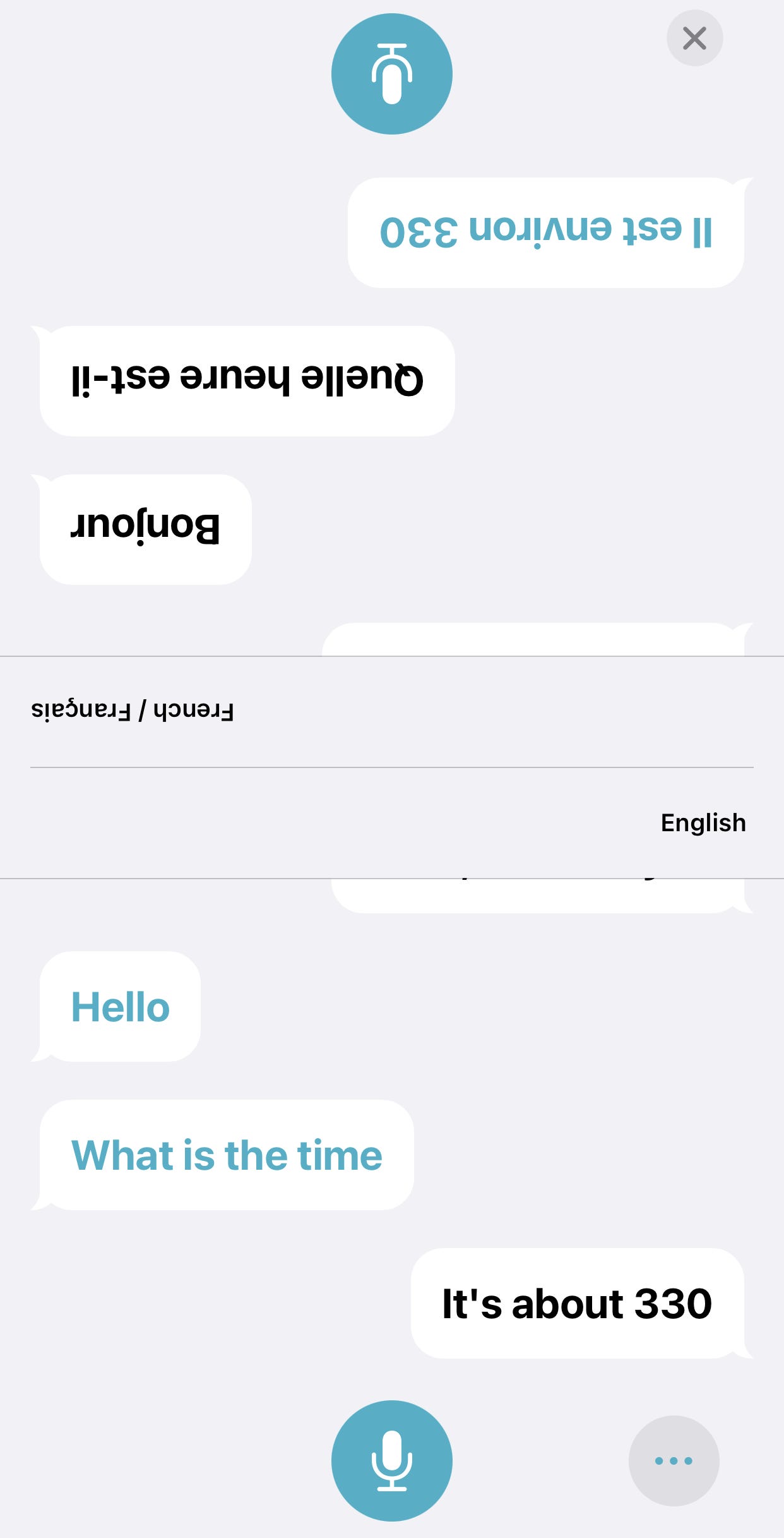 In Face to Face mode, you and another person can converse using the split screen app.

If you prefer, you can leave the screen in Side by Side mode. If you do this, both people will need to be on the same side of the phone, but text appears on the left and right, like a text message chat.

Quick tip: If you enable Auto Translate in the three dot menu, the Translate app will translate the conversation continuously, with no need to keep pressing the Microphone icon. To stop Auto Translate, tap the screen.