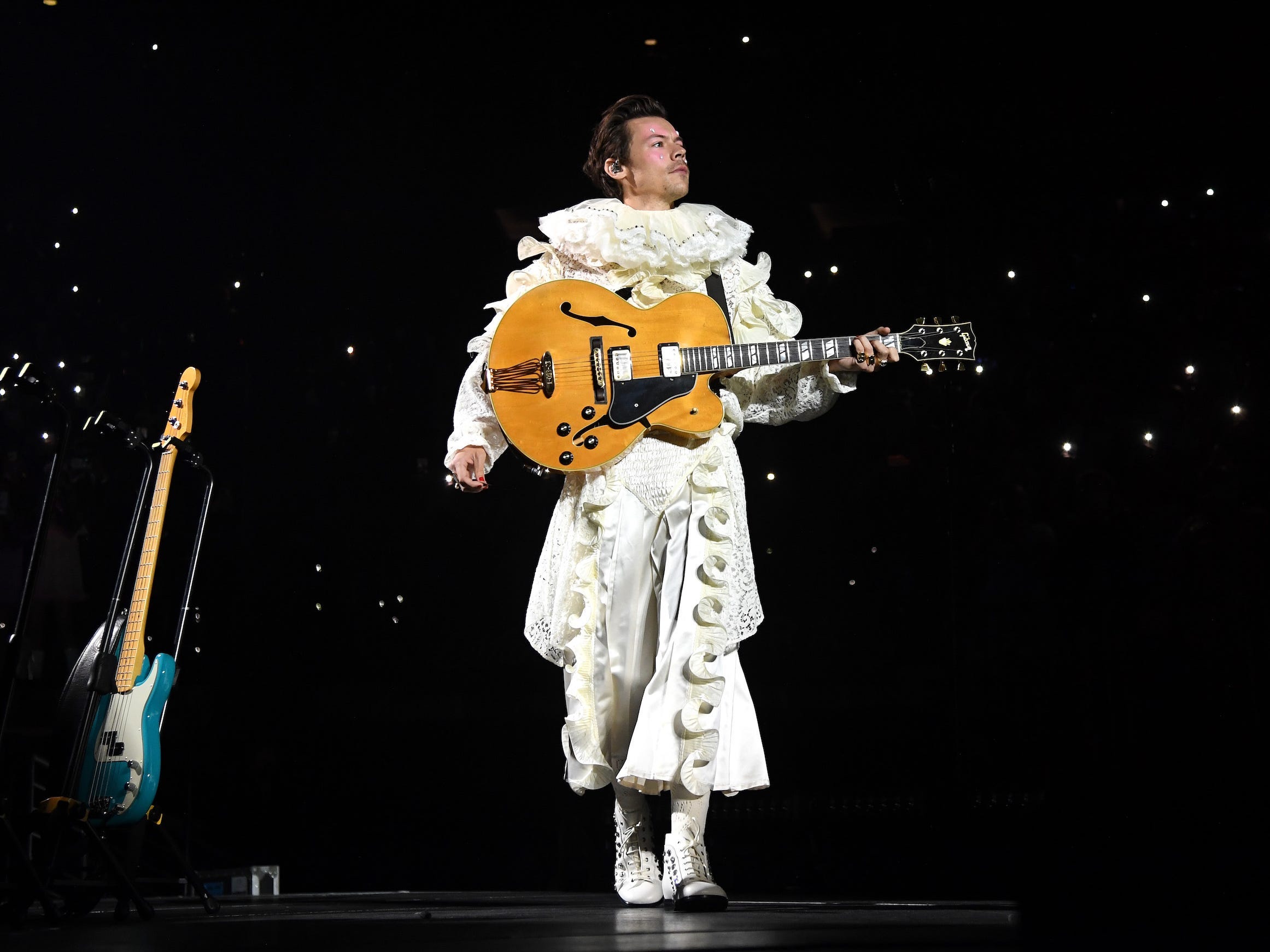 Harry Styles convinced a woman to quit her job with the help of fans during his concert tour on Wednesday.
The woman, who said she was "unhappy" at her marketing firm, held up a sign that read, "Tell me to quit my job."
Millions of Americans are quitting their jobs in the "Great Resignation," which has contribued to labor shortages across the US.

Catherine Dugoni needed a push to quit her pandemic-era job, which she had been deliberating with close friends and family for months. Then came a chance encounter with Harry Styles.

The international pop star spoke to 23-year-old Dugoni at a concert in Sacramento on Wednesday and, with the help of his legions of fans, convinced her to quit her job.

The now former marketing associate graduated from UC Berkeley in 2020 amid the COVID-19 pandemic and has been working at a marketing firm remotely since. Dugoni had held-off resigning from her job for a while, but was aiming to finalize her decision by the start of 2022.

"It's been really hard this last year with the pandemic and working from home and being fresh out of college," Dugoni told SFGATE. "My first job is completely remote … and having zero interaction with people. The job's like great, you know, the people are nice, I love the company, but it just it wasn't the right fit."

Dugoni, who scored floor tickets to Styles' November 10 show a couple rows back from the stage, wrote two signs, including one that said, "Tell me to quit my job."

Harry Styles has been known to interact with his fans in-between sets during his "Love on Tour," with people in the crowd holding up paper signs to catch his attention, reading phrases ranging from, "punch me in the face," to "help me come out?"

Styles, who read her sign, asked Dugoni what she does for a living, according to video recorded during the interaction. "I work in marketing but it makes me sad," she replied.

"What do we think Catherine should do?" Styles asked the crowd, who were yelling "quit!" "Do you want to work to live or live to work?"

The following day, Dugoni put in her two weeks' notice at her marketing job, according to SFGATE, with support from her bosses.

Dugoni's decision comes as millions of workers across the US in various industries quit their jobs amid the pandemic in what has become known as the "Great Resignation." According to the Bureau of Labor Statistics, over 4.4 million Americans quit their job in the month of September alone, continuing a six-month streak for the highest number of quits on-record.

"This is the sign I needed from the universe," Dugoni said to SFGATE. "That's why I ended up giving my two weeks' notice is because I'm someone who will ruminate and think on things for weeks and weeks and weeks and then just decide, 'You know what, I'm, I'm tough enough. I'll just stick it out,' until something like this happens."