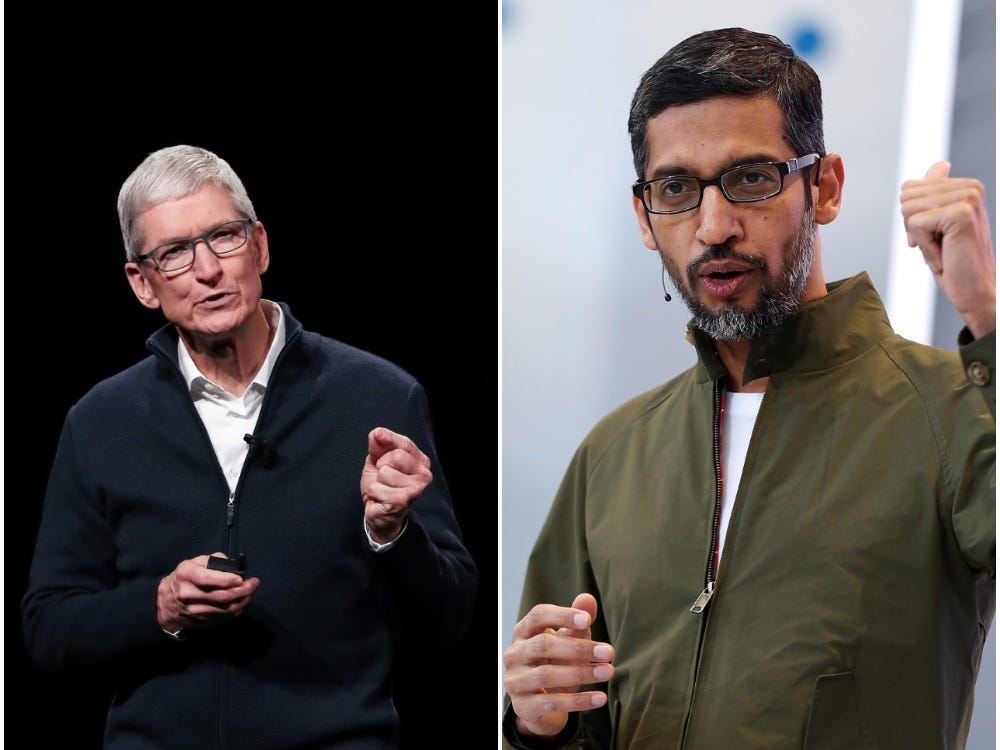 Apple and Google are on the defensive as Congress mulls fresh antitrust proposals.
The proposals could see both companies miss out on lucrative app store commission fees.
More than 40 other tech companies – including Y Combinator – have backed the proposals.

Apple and Google have gone on the defensive amid a push for tough new antitrust legislation in the US.

The tech giants could face massive financial losses if two key bills – both co-sponsored by Democratic Sen. Amy Klobuchar of Minnesota – make it through Congress.

In a letter seen on Tuesday by Bloomberg and addressed to Klobuchar, Apple's senior director of government affairs Tim Powderly warned the Open App Markets Act, originally unveiled in June, would put consumers' safety at risk.

If passed, the legislation would allow users to "side-load" apps from third-party sources onto their phones, undermining the dominance of Apple's App Store on iPhones and Google's Play Store on Android devices. Both firms would potentially miss out on the commission they charge app developers to place apps on their respective stores.

In his letter, Powderly wrote that Apple had rigorous security standards in place for the apps it allows on its phones, and argued users would be at greater risk if they download apps from elsewhere.

"After a tumultuous year that witnessed multiple controversies regarding social media, whistleblower allegations of long-ignored risks to children, and ransomware attacks that hobbled critical infrastructure, it would be ironic if Congress responds by making it much harder to protect the privacy and security of Americans' personal devices," he wrote.

"Unfortunately, that is what these bills will do."

Under the latter set of proposals, companies would be banned from using their platforms to prioritize their own products ahead of competitors'. In practice, this could stop Google from positioning its own services — for example Google Flights, Google Travel, or Google Maps — at the top of its search engine results.

On Tuesday, a coalition of more than 40 smaller tech companies including search engine DuckDuckGo, Q&A website Quora, and Silicon Valley startup factory Y Combinator, signed an open letter backing the Choice Online Act, warning that "dominant technology companies have made it difficult for other businesses to compete."

But Google's Walker wrote that lawmakers shouldn't "rush to judgment," adding: "An 'innovation by permission' requirement could force American technology companies to get approval from government bureaucrats before launching new features or even fixing problems, while foreign companies would be free to innovate."

Are you a current or former Googler? Got a tip? Contact reporter Martin Coulter via email at mcoulter@insider.com, or via encrypted messaging app Signal at +447801985586.