Alun Cairns arrives in Downing Street in London on March 14, 2019.

EXCLUSIVE: Former Welsh Secretary Alun Cairns takes job with firm owning £500 million of UK government buildings.
Cairns met with the firm while he was Secretary of State for Wales to discuss "investment opportunities."
The opposition Labour Party accuse Cairns of using his position "to enrich himself".
See more stories on Insider's business page.

A Conservative Member of Parliament and former minister in the UK government has taken a job advising a Singapore-based property investment company that owns hundreds of millions of pounds worth of office buildings leased by the British government, an Insider investigation has found.

Alun Cairns MP, the former Secretary of State for Wales, is being paid nearly £360 an hour by Elite Partners Capital (EPC), to advise them "on economic and political developments in the UK that could impact the group's international investments."

Cairns met with the company during his time in government in order to discuss "investment opportunities" in Wales, official records show.

Among the company's "international investments" is the Elite Commercial Real Estate Investment Trust. The trust's portfolio consists of 155 properties in the UK, 99% of which are leased by the government.

Most of the properties are leased by the Department of Work and Pensions (DWP) and operate as job centres, with the trust listing 123 job centres on their website.

An investor presentation by the company last month predicted there would be "increasing utilisation of DWP's services" due to the fact that once the government furlough scheme ends, "unemployment is expected to rise".

Their annual report adds: "Amidst rising uncertainty and unemployment in the UK, demand for social and employment support services administered by DWP's Jobcentres continues to intensify, keeping our properties relevant."

The Singapore-based firm also owns properties leased by other parts of government, including the Ministry of Defence and the Environment Agency.

Since resigning from the government in November 2019, Cairns has also joined the All Party Parliamentary Group on Singapore.

Opponents say Cairns 'used his position to enrich himself' 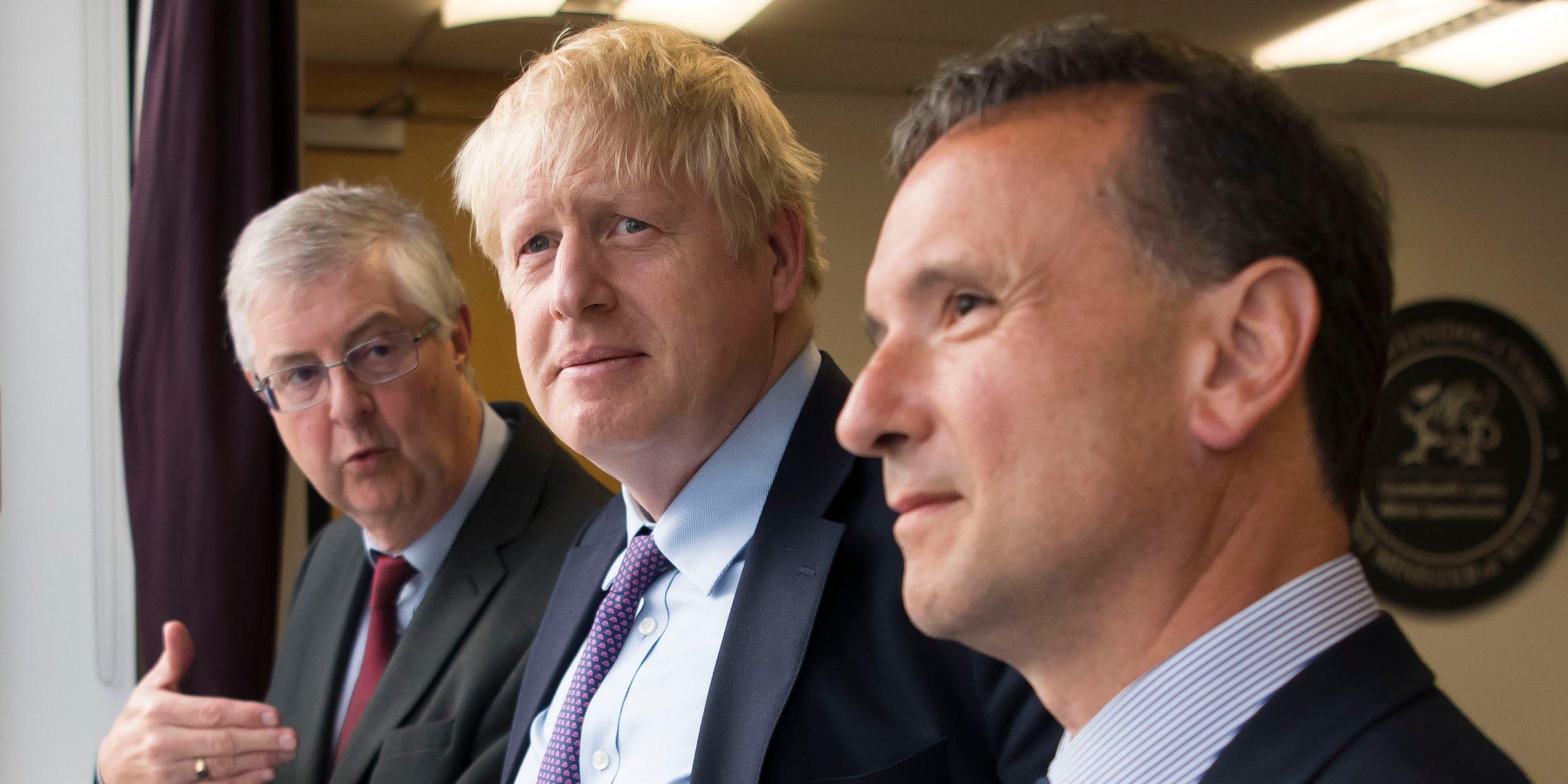 There is no suggestion of wrongdoing by EPC.

However, campaigners and opposition MPs have raised concerns about the possibility that Cairns' government connections could be improperly benefiting the company.

Fleur Anderson MP, Shadow Cabinet Minister in the opposition Labour Party, told Insider: "Under this Government sleaze and cronyism have become so routine and common that it is not surprising that a senior Tory MP appears to have used his position to enrich himself, rather than serve his constituents.

"It's time to ban MPs with pound signs in their eyes taking private money for lobbying gigs, and urgently reform ACOBA – which is standing idly by while our politics gets polluted. Labour would establish a single Ethics and Integrity Commission with the powers to oversee and enforce anti-corruption and ethics laws and regulations, which are currently fragmented and toothless."

Rose Whiffen, Research Officer at Transparency International UK, told Insider: "Inevitably, former ministers will seek gainful employment on leaving public office, but recent scandal demonstrates how easy it is for them to use their privileged connections and insider expertise to provide a competitive advantage to their new employer.

"Whilst the ethics watchdog for this revolving door, ACOBA, can advise past officeholders not to lobby government and use their personal contacts for private gain, there is no meaningful way of it enforcing these restrictions.

"To avoid another Greensill saga, or worse, government should heed calls to put ACOBA on a statutory footing and give it real teeth to do its job effectively."

Such concerns will be exacerbated by inconsistencies between what Cairns told ACOBA and what his former department has previously said in transparency releases.

Cairns told the Advisory Committee on Business Appointments (ACOBA), which advises former ministers on their private sector appointments, that he had "initially met EPC during a seminar organised by the Department for International Trade (DIT) seeking to attract Foreign Direct Investment into the UK in Spring 2019". Cairns's former department, the Wales Office, confirmed this information. Cairns's role at these meetings, the department said, "was to promote investment opportunities rather than conduct specific investment discussions."

But transparency releases from the Wales Office make no mention of a meeting between Cairns and EPC in spring 2019 organised by DIT.

They do show, however, a meeting in the height of summer on 14 August 2019 between Cairns and EPC "to discuss investment opportunities in Wales".

Nor is it clear from ACOBA's letter to Cairns if the extent of EPC's investment in UK government leased buildings was made clear to the committee.

Insider has asked the Wales Office and DIT for further information on meetings between Cairns and EPC but has not received any response at the time of publication.

Insider asked Cairns if he could clarify the number of times he met with EPC or their representatives, or how feasible it was that he would have no contact with the government with relation to the firm's work in the UK, nor that he would ensure no privileged information or contacts would be used to benefit the company, while providing value for money for the company.

A spokesperson for Alun Cairns told Insider: "In line with Parliamentary procedure, this role was approved by the independent body ACOBA."

It is not parliamentary procedure that requires former ministers to seek advice from ACOBA, but the Ministerial Code set out and adjudicated by the Prime Minister.

Parliamentary procedure requires MPs to declare sources of outside income. Cairns's entry on the register of members' interests notes the MP is pocketing a further £30,000 a year from another two companies for providing "strategic advice" to their boards.