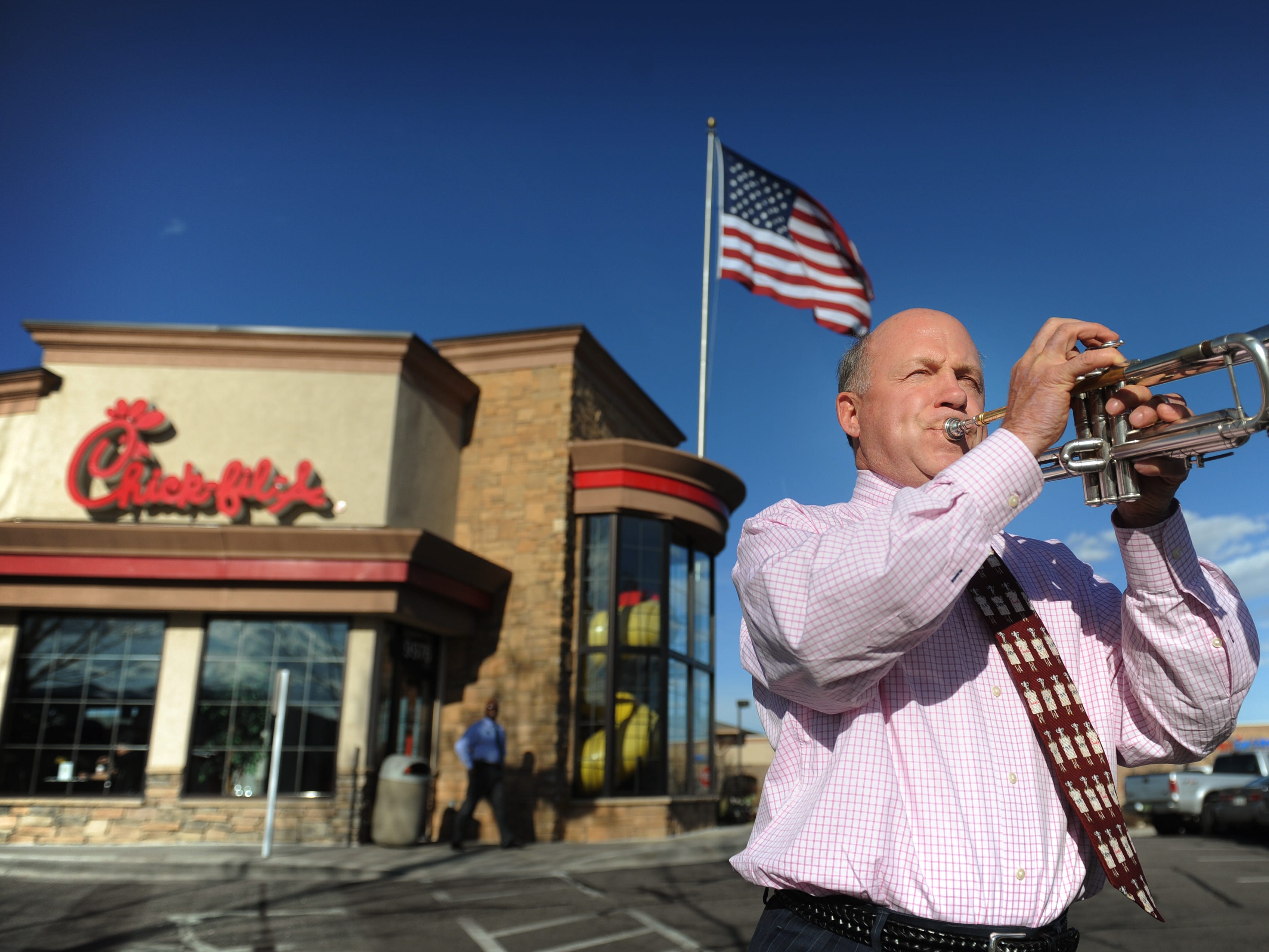 Chick-fil-A is facing backlash over the CEO's support of a charity linked to opposition to new LGBTQ protections.
The chain itself does not donate to the Christian charity or political groups.
Other chains including McDonald's and Wendy's donate to politicians who oppose the Equality Act.
See more stories on Insider's business page.

LGBTQ activists are slamming Chick-fil-A after a report highlighted its apparent ties to a group fighting the Equality Act and other legislation designed to protect LGBTQ rights. But, the reality of its connection the group in question is a bit more complicated.

This week, The Daily Beast reported that the National Christian Charitable Foundation (NCF) has bankrolled opposition to The Equality Act, which would expand civil protections for LGBTQ people. The report identified Chick-fil-A CEO Dan Cathy as one of the group's "high-dollar donors."

The NCF is the sixth largest charity in the US and it donates to thousands of organizations. Among those are groups fighting legislation to protect LGBTQ rights, including the conservative think tank the Heritage Foundation and legal advocacy group Alliance Defending Freedom. The ADF and the Heritage Foundation both strongly oppose the Equality Act, and have supported attempts to ban transgender athletes from youth sports.

Cathy – the son of the Chick-fil-A's founder – has long supported the NCF financially. According to 990 tax filings, the Dan and Rhonda Cathy Foundation donated $5,750 to the NCF in 2018, 2017, and 2016, the most recent years the filings are available.

The Daily Beast report sparked online backlash, with watchdog organization Citizens for Ethics tweeting: "FYI: the billionaire owner of Chick-fil-A, which promised to stop donating to anti-LGBT causes last year, is participating in a dark money operation fighting to keep the Equality Act from passing."

Chick-fil-A declined to comment on the backlash, and the company has not donated to the NCF in more than a decade. The chain has faced severe criticism over past donations, before changing course in recent years. 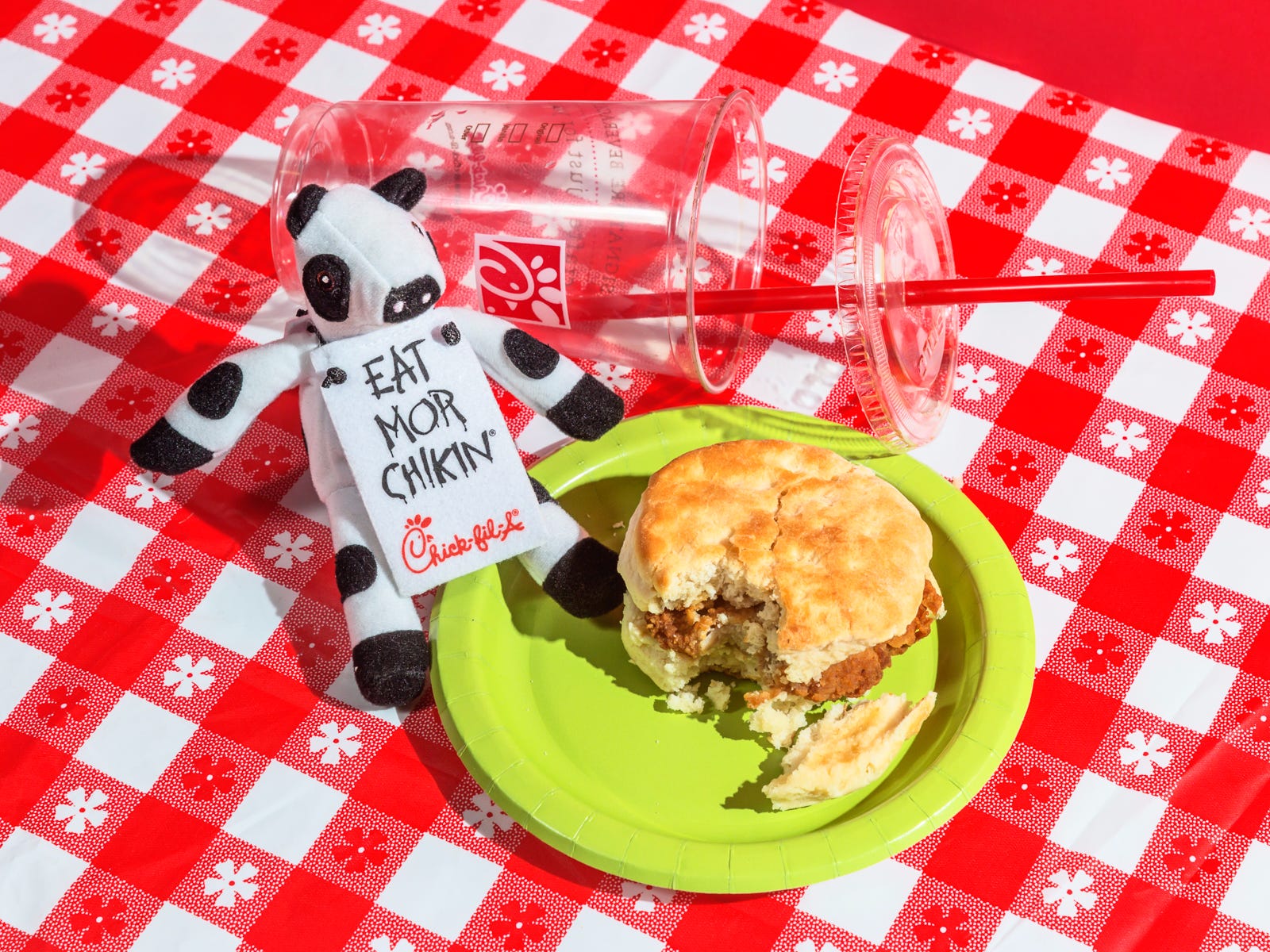 Chick-fil-A is no stranger to controversy.

Read more: The church of chicken: The inside story of how Chick-fil-A used Christian values and a 'clone army' to build a booming business that's defying the retail apocalypse and taking over America

Prior to 2012, Chick-fil-A made significant donations to socially-conservative and Christian organizations known for opposing LGBTQ rights through its WinShape Foundation. In 2010, for example, the chicken chain donated donated $247,500 to the NCF.

However, Chick-fil-A pledged to stop most of its controversial donations after facing backlash in response to Cathy saying in 2012 that he did not support same-sex marriage.

In the years that followed, some activists continued to criticize the company for the Chick-fil-A Foundation's work with certain groups, specifically the Salvation Army and the Fellowship of Christian Athletes. When Chick-fil-A opened pilot stores in the UK, it was met with protests, in part because of the company's ties to groups such as the NCF.

In 2019, Rodney Bullard, the head of the Chick-fil-A Foundation, told Insider that the chain aimed to be "relevant and impactful" through its donations. "For us, that's a much higher calling than any political or cultural war that's being waged," Bullard said.

Chick-fil-A announced in November 2019 it would cease donations to the Salvation Army and the Fellowship of Christian Athletes, instead supporting charities tied to "three specific initiatives of homelessness, hunger and education."

Cathy has continued to be involved in civil and philanthropic efforts. In 2020, in the aftermath of George Floyd's death, Cathy wrote a letter to Chick-fil-A employees calling for them to "join together to build a world that reflects God's love for all of us."

"There are countless academics and analysts who have written about how our democratic capitalism benefits only a few hundred incredibly wealthy families, individuals and corporations, so that the American dream is now reserved almost exclusively for them and their descendants," Cathy wrote. "Because I am among that demographic, I am calling on them – us – to use our power and influence."

How do Chick-fil-A's donations differ from other chains?

While Chick-fil-A has seen backlash for its CEO's donations, the chain is an anomaly in that it does not donate to politicians, which is common practice in the restaurant industry.

Political action committees run by fast-food chains such as McDonald's, Wendy's, and Taco Bell, KFC, and Pizza Hut's parent company Yum Brands donated thousands of dollars to congressional candidates and political groups leading up to the 2020 election. These PACs tend to donate more money to Republican candidates than Democrats.

Since the vast majority of Republicans in the House of Representatives voted against the Equality Act, many of these donations went to candidates who oppose the bill. For example, according to an Insider analysis of FEC data via the Center for Responsive Politics:

While the restaurant industry donates to both sides of the aisle, most PACs and executives did not donate to either Donald Trump or Joe Biden in the most recent presidential race. In fact, the only high-ranking fast-food executives that Insider found evidence of making significant donations to Trump's re-election were In-N-Out's chief operating officer, Mark Taylor, and his wife, Traci Taylor – the half-sister of the chain's owner and president.

Some chains' investors have made political donations.

Nelson Peltz, the CEO and founding partner of investment management firm Trian, has been a major Trump donor (though he walked back his support earlier this year). Peltz sits on Wendy's board, and Trian is an investor in the chain. RSE Ventures chairman Stephen Ross has supported Trump and donated to numerous Republican PACs. RSE Ventures has invested in a number of smaller chains, including Momofuku, Milk Bar, and &Pizza.