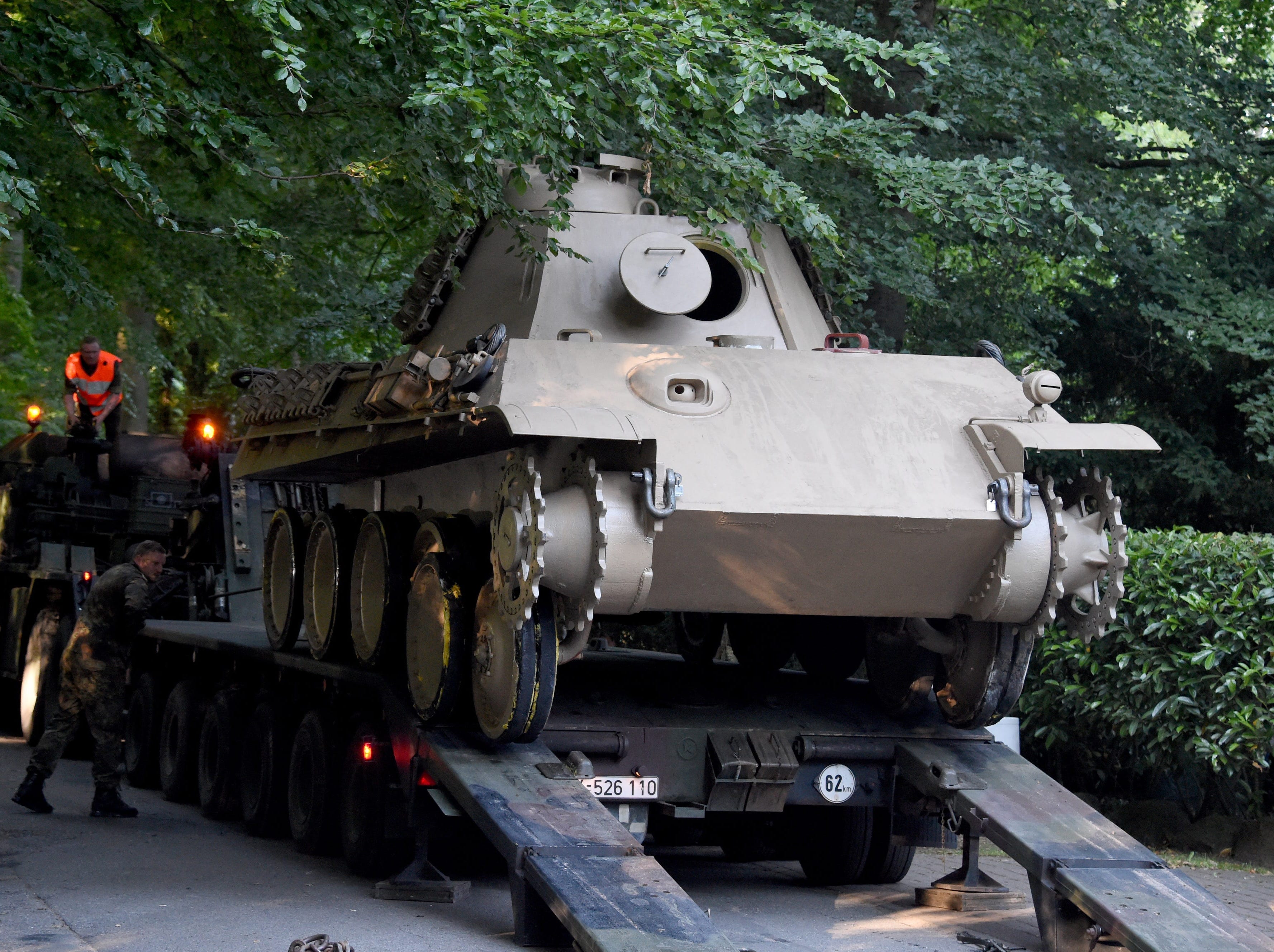 The World War Two era Panther battle tank being made ready for transportation from a 84-year-old's property in Heikendorf, Germany, 02 July 2015.

An 84-year-old German man is the focus of a legal debate after a raid found a Panther tank in his basement.
Prosecutors say the retiree broke the German War Weapons Control Act.
A US museum is interested in buying the tank.
See more stories on Insider's business page.

A German retiree is at the center of a legal wrangle after police found World War Two Panther tank, an anti-aircraft gun, and a torpedo in his basement in 2015.

A debate has arisen whether the military collector has broken Germany's War Weapons Control Act. The defense argues that the weapons are no longer functional, therefore not in breach of this legislation, and would accept a lower fine of €50,000, according to an RT-DE report.

However, this is contested by prosecutors, who argue that the weapons could still be used.

A horde of Nazi memorabilia 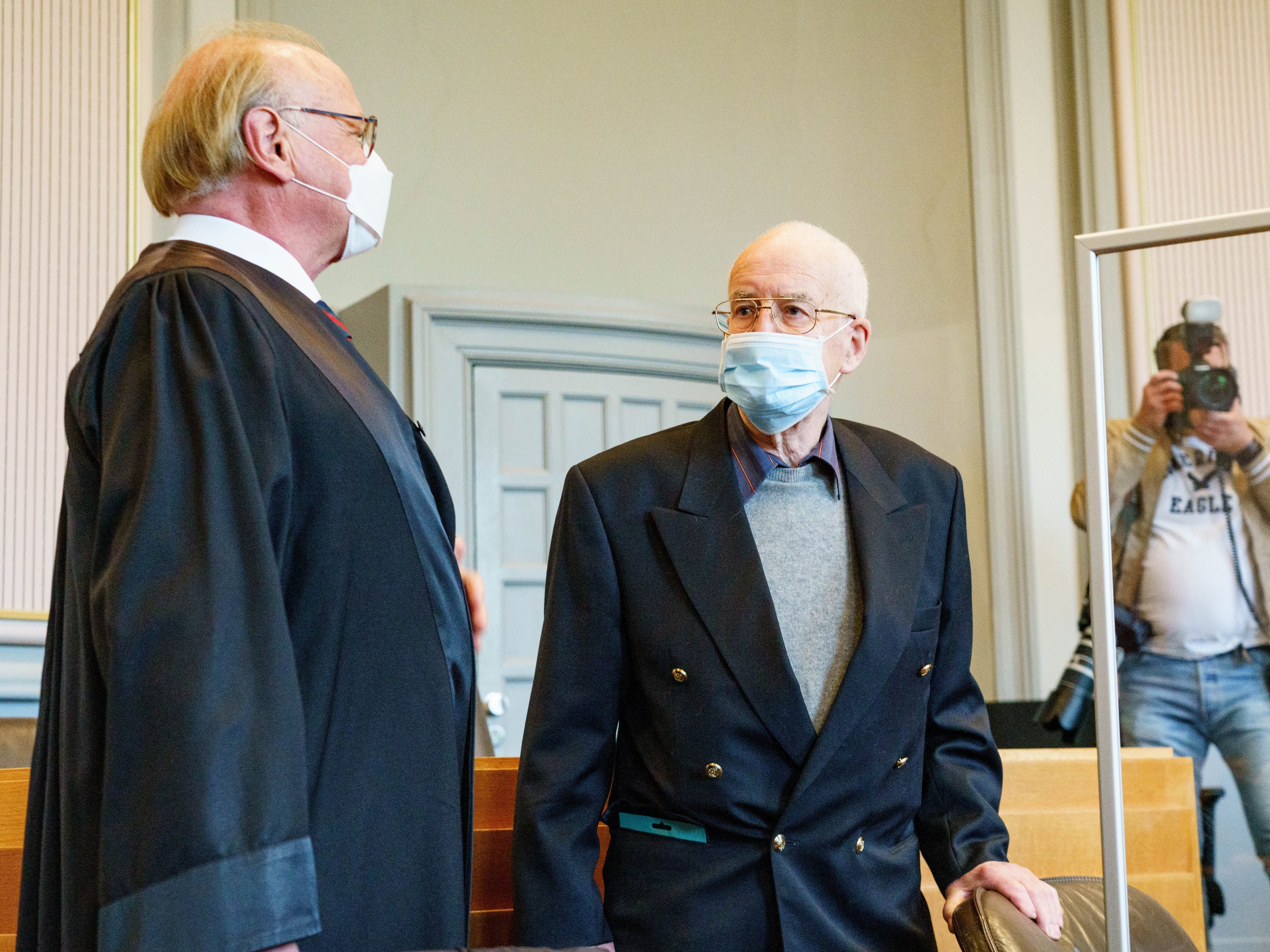 he 84-year-old accused of possession of a tank (M) and his lawyer Gerald Goecke (l), wait in the courtroom for the start of the trial.

According to his lawyer, a US museum wants to buy the war-era Panther tank, with militaria collectors interested in the 70 assault rifles and numerous pistols owned by the defendant, Die Welt newspaper reported.

The armaments were discovered in the retiree's basement in 2015 after local authorities were informed of its war-time contents after the property was searched for Nazi-era art, according to the BBC.

It took 20 soldiers nine hours to remove the trove of military hardware from the unnamed man's home in Heikendorf, a suburb of Kiel, in Northern Germany.

There was also a horde of Nazi memorabilia, including a bust of Hitler, mannequins in Nazi uniforms, swastika pendants, SS rune-shaped lamps, and a statue of a naked warrior holding a sword in his extended hand that once stood outside Hitler's Chancellery in Berlin, by the dictator's favorite sculptor, Arno Breker, reported War History Online.

At the time of the raid, the mayor of Heikendorf, Alexander Orth, told Suddeutsche Zeitung that the man once drove the tank in 1978.

When asked his thoughts on the ownership of the tank, the mayor replied, "One loves steam trains, the other old tanks."