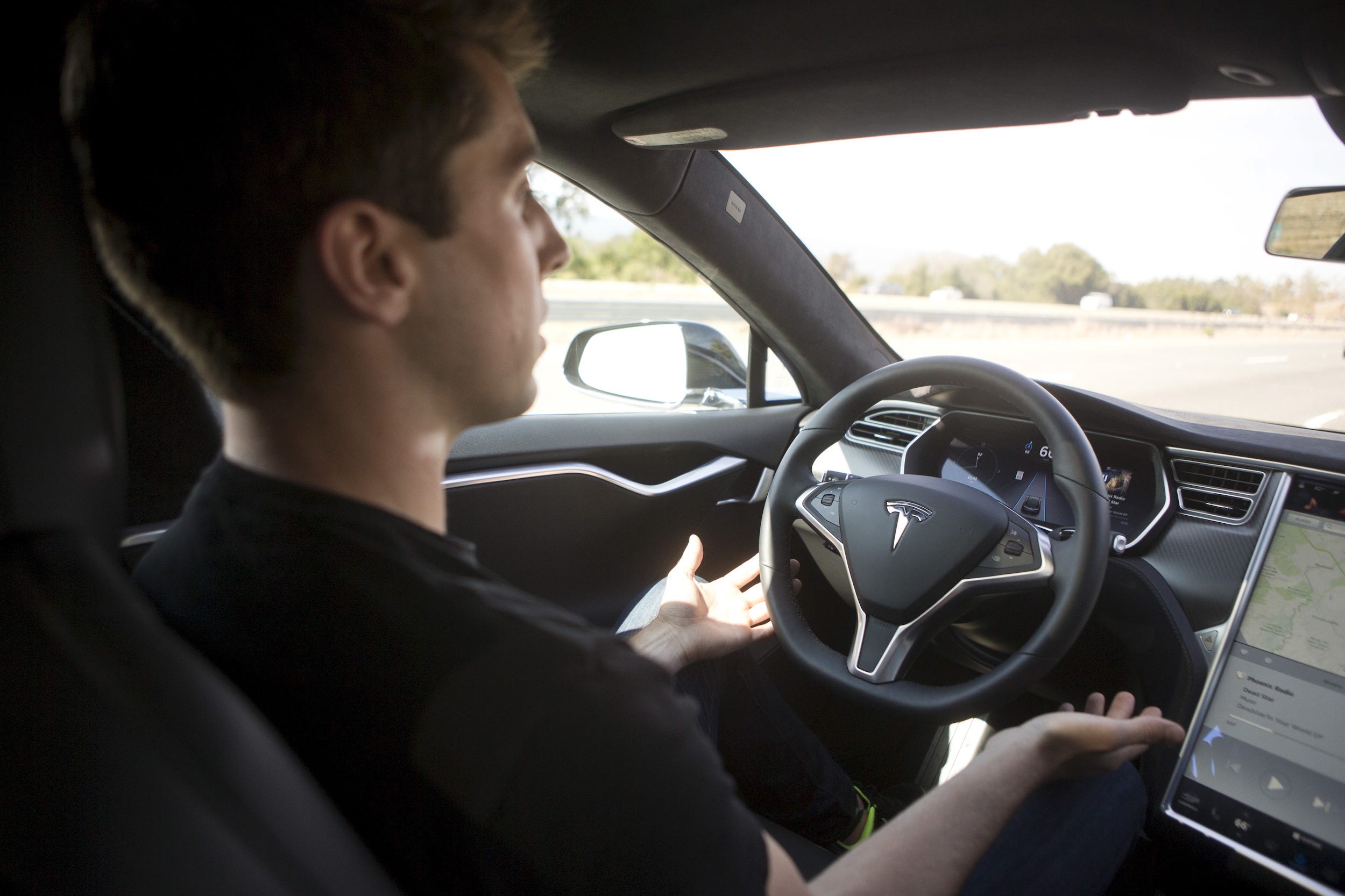 A 2016 promo for Tesla's self-driving tech didn't go as smoothly as the video suggests, per The New York Times.

A Tesla on Autopilot hit a barrier during the filming of a promo in 2016, per The New York Times.
The Times talked to multiple sources involved in the video who spoke anonymously.
The video was meant to show advancements in Tesla's autonomous-driving technology.

A marketing video Tesla published in 2016 to show off advancements in its Autopilot tech isn't exactly what it seems, The New York Times reports.

The video appears to depict a Tesla driving entirely on its own for several minutes, smoothly navigating city streets and winding roads, before parking autonomously at the carmaker's office in Silicon Valley. But the film shoot didn't go off without a hitch, according to the paper.

At one point, a Tesla with Autopilot engaged collided with a roadside barrier on Tesla property and needed to be repaired, three people involved in the video told the outlet. They spoke anonymously for fear of retribution from Tesla and its CEO, Elon Musk, The Times said.

The promotional video was meant to show the public how much progress Tesla had made toward fully autonomous driving. Tesla's Autopilot at that point (and to this day) assisted with highway driving tasks but has never made cars totally autonomous.

But the final video did not accurately represent how a Tesla equipped with that latest software would perform in the real world, two people told The Times. They said that the vehicle followed a preplanned route that Tesla had generated a three-dimensional map of before filming.

For years, Musk has promised that Teslas would soon be able to ferry their owners from A to B without human intervention, or even function as autonomous taxis that could earn owners passive income.

Tesla recently released a beta version of its Full Self-Driving software, a more advanced version of Autopilot that aims to bring autonomous capabilities to complex city environments. But sometimes-frightening videos of the technology show that it still struggles with basic driving tasks — like avoiding concrete barricades or the oncoming traffic lane — making full autonomy feel as far off as ever.

The revelations come as Tesla faces intense scrutiny of its Autopilot system from the National Highway Traffic Safety Administration. The agency is investigating at least a dozen incidents when Teslas on Autopilot collided with stopped emergency vehicles.