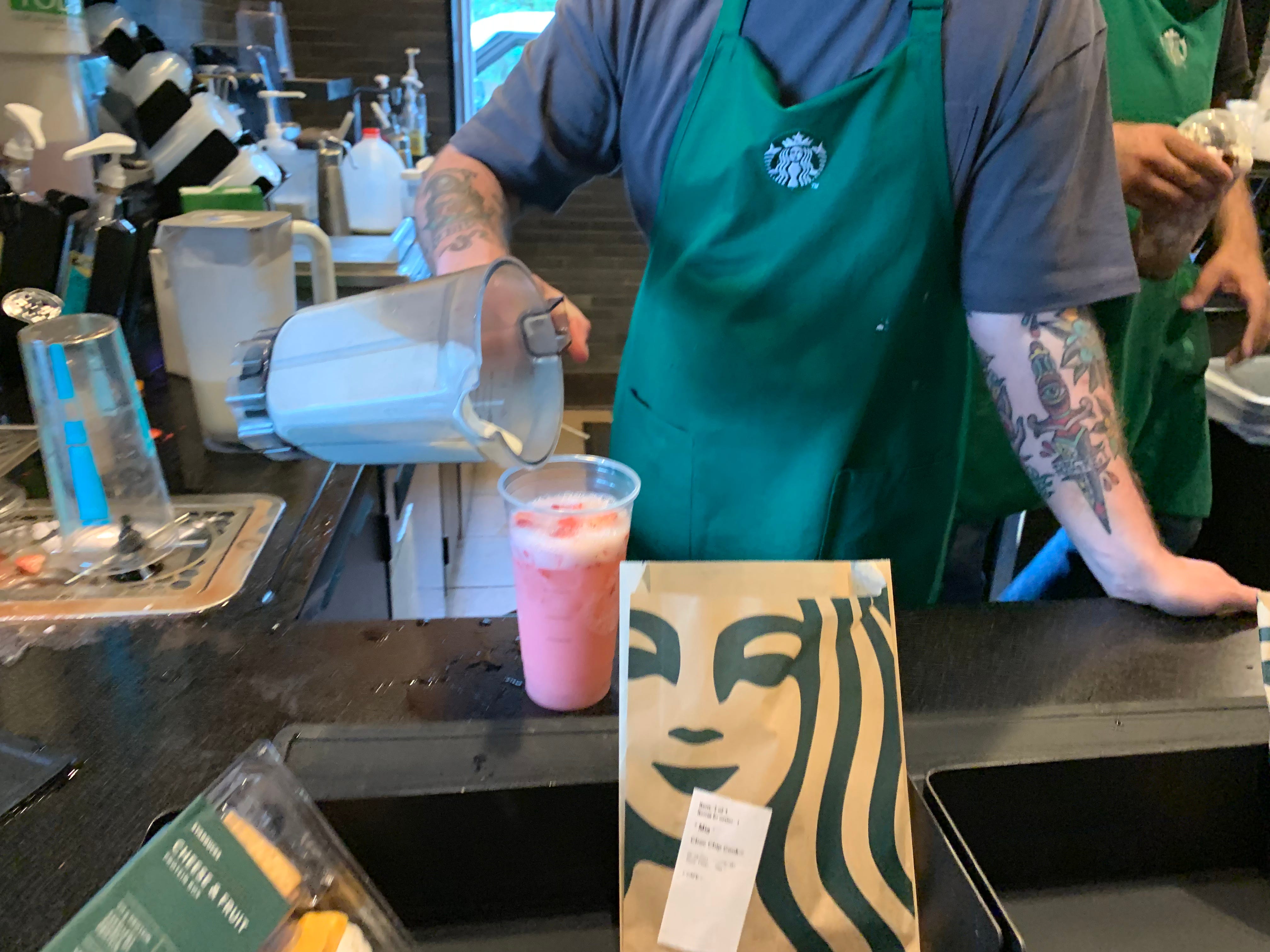 A barista posted a video of a 22-drink Starbucks order on TikTok, and it went viral.
The Starbucks worker is one of many to complain about complicated online orders.
Baristas have told Insider that TikTok-inspired drinks and mobile orders have "overwhelmed" stores.
See more stories on Insider's business page.

A 22-drink Starbucks order posted late last month has gone viral on TikTok, as workers struggle to keep up with online orders.

The June 28 TikTok has since received nearly 2.5 million views. In it, the user said the lengthy order prompted the workers to quit. Insider was unable to confirm whether any staff at the Starbucks location in Hayward, California, quit or the statement was said in jest. A Starbucks spokesperson, as well as the TikTok user, did not respond to a request for comment.

♬ Into The Thick Of It! – The Backyardigans

Online ordering has opened baristas up to a host of concerns. Last month, several Starbucks workers told Insider that mobile ordering is out of control and has led to in-store delays as well as complicated "secret menu" drinks inspired by TikTok and Instagram. At the time, a Starbucks spokesperson said the delays were "not illustrative of the customer and partner experience in a majority of our stores."

"I cannot forget the amount of times Uber Eats orders have been nothing but chaotic and demanding," a former shift manager at a Starbucks location in Baltimore told Insider. "There is zero limits on Uber Eats orders. When it's a giant delivery order, it can get overwhelming."

Alexis Rivera, a former shift manager in New Jersey, said that one time her store was so overwhelmed with orders that the staff "had to lock the store" and stop serving new customers until things calmed down.

Earlier this month, another TikToker @mrleighteaches showed how he and other Starbucks workers had learned to make items unavailable on the Starbucks app in order to make it a "slow day." The video had more than 150,000 views before it was taken down, and the user's account appears to have been deleted after a series of negative comments popped up on the video, The Daily Dot reported. A Starbucks spokesperson said at the time that the app correctly displays what is available and stores can turn it on and off.

Another Starbucks barista was fired in May after he tweeted a picture of a complicated drink order that included 13 modifications, HuffPost reported. He captioned the image, "On today's episode of why I want to quit my job."

Some Starbucks workers have repeatedly told Insider that they do not think their stores are staffed to accommodate complex mobile orders with many modifications.

Erika, a Starbucks shift supervisor in Ohio, told Insider that as the business has changed to focus on customizations through drive-thru and mobile ordering, the company has not adjusted staffing needs appropriately to deal with the new volume. The heavily modified drinks take more staff to make and keep lines moving, she said.

These demands create an "impossible standard for partners to uphold" with "a large amount of stress on partners," a supervisor in Pennsylvania previously said.

Starbucks is not alone in facing a shortage of workers, which makes these influxes of orders more difficult to deal with. Retail workers are in a unique position right now, with more leverage than at any time in recent history. Restaurants often can't keep locations staffed at pre-pandemic levels, so they have to compete for workers with sign-on bonuses and other perks. The labor shortage in many sectors of the economy is a boon to some dissatisfied retail workerswho are suddenly able to shop around for new jobs.