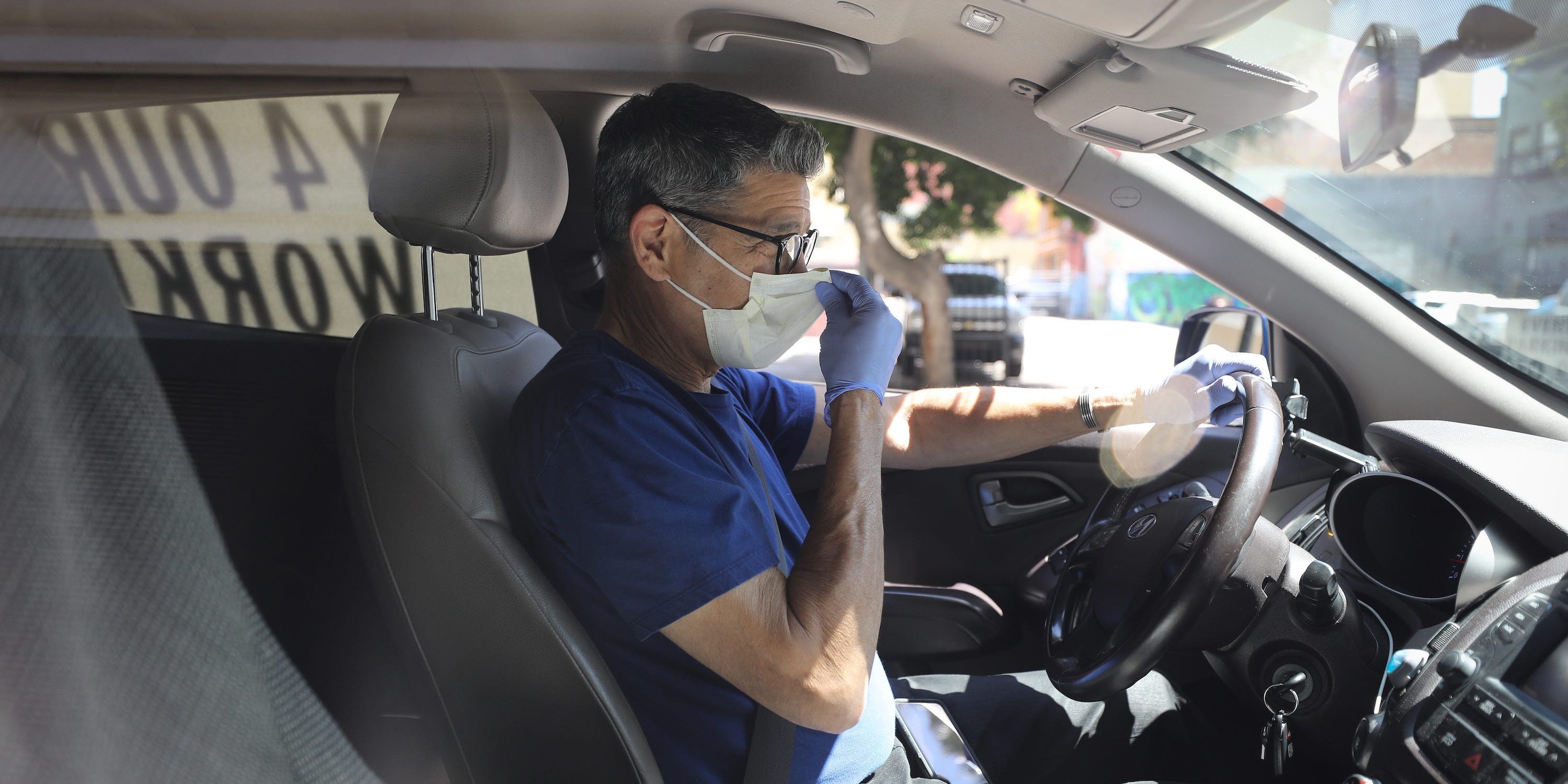 An Uber driver in California.

California’s Assembly 5 law aimed to help freelancers across the state.
The intent was to get companies to reclassifying more independent contractors as employees in an effort to help people gain access to benefits like healthcare.
However, it backfired as companies instead dropped these positions and got rid of the availability of freelance work.
The bill needs reform as soon as possible.
Kevin Falconer is the mayor of San Diego.
This is an opinion column. The thoughts expressed are those of the author.
Visit Business Insider’s homepage for more stories.

California is where bold ideas are born, new trends are set, and anyone can make it big. But as a lifelong Californian and the mayor of the state’s second largest city, San Diego, I see every day how it is getting harder for people to get ahead and earn a decent living here.

This is why I’m urging continued reform of a law that pulls the rug out from people working to get ahead – and could be coming to a state near you.

A law meant to help freelancers is instead hurting them

The latest threat to working people in California comes in the form of a new law that makes it tougher for many people to work as freelancers.

Assembly Bill 5, which took effect last year, changed the rules on who could be hired as a freelancer, effectively requiring many independent contractors to be hired as an employee if they wanted to continue providing services.

The intent of the law was to push businesses to provide benefits such as healthcare to contractors performing key functions, but it backfired by wiping out the freelance business model many of these contractors relied on to earn income in the first place, and prompted a series of bills attempting to clean up the mess. Proponents’ quest to expand employee perks to more people may result in many individuals being left without income altogether.

While some independent workers would love to become in-house employees, many prefer the advantages that come with freelancing: professional freedom, flexible schedules, and the ability to work when, where and as much as you like. AB5 took this choice away, applying sweeping generalizations to diverse occupations.

Suddenly a professional running her own business, a student logging a few hours between classes, a rideshare driver working to supplement his income, and a parent working part time were all required to fit the mold of a 9-to-5 employee.

The state that gave us some of the world’s most successful entrepreneurs, artists and creative minds is now forcing people to put down their smartphone and start using a punch clock.

The move could affect more than just freelancers

Even if you are not a freelancer, you could be affected. Online services that have become increasingly important in our lives, especially during the COVID-19 pandemic, are also imperiled by AB5.

This includes app-based rideshare and delivery services, which are bringing meals to busy families, providing medicine to homebound seniors, transporting patients to and from medical care, and taking essentials to people quarantining at home.

The courts are already citing AB5 to try to force some of the largest providers, Uber and Lyft, to reclassify all their freelance drivers as employees. Both companies were nearly forced to suspend operations in California, their largest domestic market, before a judge issued a temporary reprieve.

We all know how critical it is that people limit their interactions with others to reduce the spread of COVID-19. It is hard to imagine this getting easier when these services suspend operations and more people are forced to venture to the grocery store or pharmacy on public transport.

The sudden disappearance of delivery and transportation options will only deepen the pain felt in our communities during this historic pandemic. Equally painful if not more so, hundreds of thousands of Californians would have lost a critical source of income at a time many are struggling with the current economic crisis.

Despite all this, I believe California can still tap into its culture of innovation and make things right — before things here get worse and this policy spreads to other parts of the country.

First, California can lead by establishing a portable benefit fund for independent contractors and having their clients contribute to it. The fund would help independent workers save for the future, accruing money for income and benefits at the same time. It would be a bold, win-win solution that helps both freelancers and businesses thrive, fulfilling some of the law’s original goals without the economic upheaval.

Second, Proposition 22 on the November ballot would protect the ability of drivers to work as independent contractors, provide them new benefits, and require additional public safety protections for consumers and workers. It is supported by community groups, public safety advocates, and most importantly more than 70% of drivers themselves according to a recent survey conducted by Uber. If passed, it could be a model for independent contractor legislation in other parts of the nation.

The state that prides itself more than any other on advancing ideas that change lives for the better can surely apply this same attitude to the laws that govern its citizens. If people want to choose to work for themselves, they should have the freedom to do it. In such challenging times, it is the least we can do to help folks from falling even further behind. It is time to bring this failed experiment to an end and reclaim California’s place as the home of innovation and opportunity.