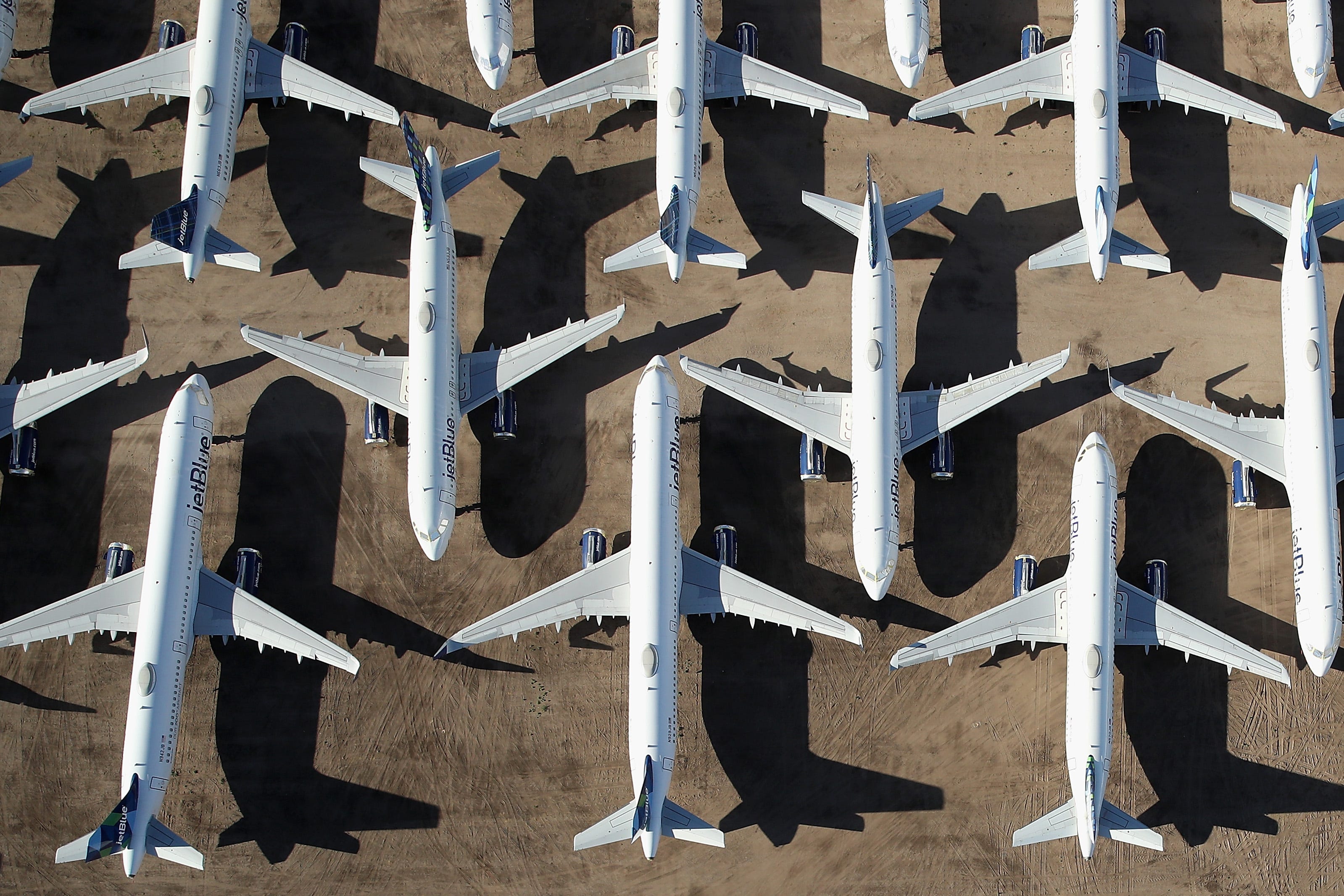 The lawsuit against multiple airlines was filed in June.

A frequent flier suing seven airlines plans to broaden his lawsuit with new plaintiffs.
Lucas Wall said he plans on Monday to file an amended complaint with about 10 new plaintiffs.
Additional charges will include including "conspiracy to interfere with civil rights," he said.
See more stories on Insider's business page.

A frequent flier suing seven US airlines said he plans to file an amended complaint on Monday, which will add multiple plaintiffs to his lawsuit over the airlines' mask requirements.

Lucas Wall, of Washington DC, said via email on Friday that he planned to add new charges against the airlines, including "conspiracy to interfere with civil rights."

Wall had previously told Insider: "It will be a stronger case with multiple plaintiffs showing the wide-ranging discrimination in the airline industry."

The lawsuit was filed June in US District Court in Orlando against Southwest, Alaska, Allegiant, Delta, Frontier, JetBlue, and Spirit. Wall, who is representing himself, also has an ongoing lawsuit against the Biden administration.

Wall, in his original complaint against the airlines, claimed each had discriminated against those who couldn't wear masks for medical reasons, including himself. In his initial court filings, he included his medical records for generalized anxiety disorder.

In conversations with Insider, several people who were expected to join the lawsuit as plaintiffs claimed they'd had experiences similar to Wall's.

"The disabled are being criminalized during the pandemic – attacked, harassed, and blamed," said Shannon Cila, of Kentucky, in an interview on Thursday.

Cila said her involvement with the case began after she was arrested in Kentucky while protesting pandemic measures including masks mandates. The arrest rattled her, she said.

"That set me up for a lot of anxiety, with having to deal with these mask exemptions, non-exemption policies, with private businesses everywhere, including airlines," she said. "If you have an invisible disability, people look at you. They think because you're not on an oxygen tank, or something – they can't tell what your problem might be."

Cila found Wall through his GoFundMe campaign, she said.

Uriel ben-Mordechai and his wife, Adi, planned to join the lawsuit, he said on Friday. He moved to Israel about four decades ago, but regularly flies back to the Bay Area and Southern California to visit family.

A Torah scholar and lecturer, ben-Mordechai said his decision to join Wall's lawsuit was in part driven by his faith. He said he looked to Deuteronomy 16:20, part of which translates to "justice, pursue justice."

"It tells you, you have to make justice happen and it's not going to happen unless you do the part that God is giving you to do," ben-Mordechai said in a phone interview from Israel.

Leonardo McDonnell, another traveller seeking to join Wall's lawsuit, was more forceful in his language. "I will sue these sick tyrants' granddaughters if the legal system lets me," McDonnell, of Florida, said in an email when Insider reached out to him.

The airlines in late August filed their initial responses to Wall's lawsuit. Each one sought to dismiss the case on technical grounds, saying in part that Wall didn't have the standing to sue them in federal court under the Air Carrier Access Act.

Some legal experts and academics said they have doubts about whether the wave of lawsuits over federal mask requirements will put an end to Biden's mandate, although they weren't asked specifically about Wall's case.

Others said there were flaws in the Biden administration's argument that the mask mandates were not unconstitutional.

Paul Engel, founder of The Constitution Study, an online guide to the constitution, said the federal mandates were unconstitutional for a few reasons. The Fifth Amendment, for example, requires "due process of law," he said.

"[G]overnments at all levels are prohibited from enforcing mask mandates until they have shown probable cause that the individual is a danger to others," Engel said via email.

Monday is Wall's deadline for filing an amended complaint.