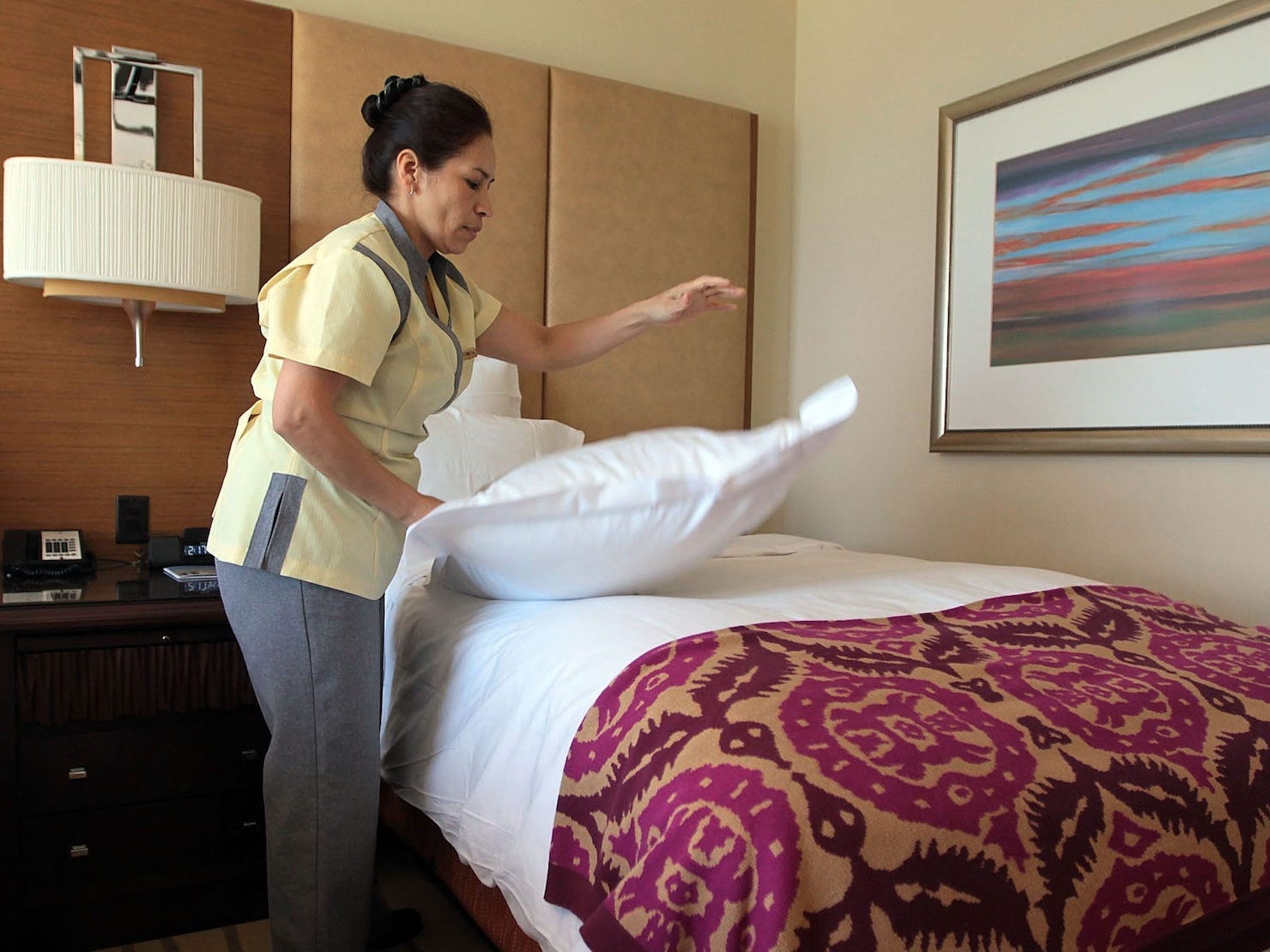 Businesses in the hospitality industry are scrambling to find workers as travel rebounds amid a huge labor shortage.

The owner of two hotels in Bellingham, Washington, said staffing hasn't been a problem for him.
He credits this to the company culture, alongside its suite of perks like bar credits for staff.
People are traveling again and hotels, bars, and restaurants are feeling the strain.
See more stories on Insider's business page.

A hotel manager in Bellingham, Washington, was only looking for three new hires when he placed a job ad in the spring.

Instead, Jamie Verkist, who manages Hotel Leo and Heliotrope Hotel, was flooded with 115 applicants in 48 hours, he told Insider.

Businesses in the hospitality industry are scrambling to find workers as travel rebounds amid a huge labor shortage.

Verkist said that his hotels are now at between 80% and 100% capacity – and people are starting to book much further in advance, too.

"We were really scared when travel picked up so quickly," Verkist said. But his hotels were barely affected by the labor shortage, he added.

He credits the hotels' strong staffing to its culture, which he said has worked on for nearly four years. "We believe a happy team equals happy guests," Verkist said. "You cannot have one without the other."

"There is no 'fear-driven' leadership in our organization," he added. "We strive to create a workplace that our team enjoys coming to each day and feels supported."

Verkist let some staff go early on in the pandemic but stayed in contact with them. Some college students quit their jobs because they no longer needed to stay in Bellingham after their classes went online, but he said the vacancies got filled quickly.

He now hires around 35 workers across both hotels, and doesn't contract staff from outside the company.

Verkist prides himself on the perks he offers to his staff, too. He said that he raised starting wages to $15 an hour last May, and offers bonuses of between $250 and $500 to up to four staff members a month.

He also gives staff $15 in bar credits for each shift they work to get a free meal at the hotel's restaurant either during or after their shift. Outside of working hours, staff get a discount at the restaurant, too.

Verkist added that he focuses on promoting from within, and has never hired a manager from outside.

A third of former hospitality workers said in a Joblist poll that they wouldn't return to the industry.

"This is a mass exodus like I've never seen before in my lifetime," Peter Ricci, head of Florida Atlantic University's hospitality and tourism management program, told Insider.

This comes as travel is rebounding massively amid the COVID-19 vaccine rollout. "People are traveling like crazy again," Ricci said.

Ricci said that some business owners had a short-term view and blamed the tight labor market on supplemental unemployment benefits, but that it really stemmed from issues "that have been laying low for years," like low pay, few healthcare benefits, and a lack of flexible hours.

"If we get closer to starting wages in other industries, we'll level the playing field," he said. In the meantime, hotels and restaurants may have to raise their rates and menu prices or reduce their operating hours, he said.

Hotels have been rolling out perks like $1,300 fitness machines, free rooms, and even knife sets to both retain and recruit staff.

"Eventually incentives and benefits will draw workers back," Joblist CEO Kevin Harrington said – and the "silver lining" is that the labor shortage could create a better environment for workers, he added.