Did you know that two years ago, Snapchat followed the path of Netflix and Hulu and the one Facebook is now on and created their first original show?

If you missed it, you aren’t alone. Snapchat doesn’t have quite as many users as competing platforms, and not a ton of people were going to sign up for a single show.

Since then, however, Snapchat has created more original programming, and they’re now releasing Snap Originals, which is simultaneously emphasizing and formalizing their foray into TV-like programming that we’re seeing elsewhere.

Wondering what this means? In this post, we’re going to take a look at the new Snap Originals announcement and discuss what it means for both Snapchat, marketers who use it, and other social mediamarketing platforms moving forward.

What Is Snapchat’s Snap Originals and Why Do I Care?

Snap Originals is a transition into offering tv programming like-content on the platform. Think documentaries, political talk shows (like their current “Good Luck America”), and even scripted shows. They’ll all be created to be published exclusively on Snapchat.

And, believe it or not, this is significant, because while Snapchat usage has steadily declined at a much faster pace than I’m sure the platform likes, the Snapchat shows have actually held strong with views. So even though one quarter in 2018 saw a decrease of three million daily active users, the Snap shows actually were still reaching 10 million users per month (which was a slight increase from the previous quarter).

Users were regularly tuning in several times a week to watch these shows. Not only did the shows provide content to people in-app longer; they actually worked to add value to the platform and draw people in when they might not have even opened the app in the first place. This signals an important change in how people are using social media and what they want to see.

In addition to understanding what users want to see on the platform, you should also care for another big reason. These shows are holding strong in performance. Even better, advertisers can now purchase video ads up to six seconds long and have them played in the middle of the original shows. This engages a relatively captive and enthusiastic audience.

What This Means for Snapchat Marketing

Publishers can easily see the benefit of publishing episodic, almost TV-like content that their followers want to see. It’s like blogging; publish consistently, several times a week, and tell a long-form story in short, digestible chunks.

It also means that we now are going to get more opportunities to show our Snapchat Ads to engaged users, who are eagerly watching video content on the platform. “Engaged” is the keyword, because if they’re only half-heartedly watching, they’ll click away if they see an ad. People tuning in several times a week with the intention of watching that content, however, will stay put.

What This Means for Other Social Media Marketing Channels

Snap Originals is another step along the path of a trend that we’re already seeing other social media sites moving along.

Facebook Watch has had a bigger rollout, prioritizing video content, and they’ve been working to create and promote their own original series for a little while now.

IGTV was released within the past few months, making it easier for all users to create and watch more long-form content. It’s a full-screen mobile app that integrates with Instagram. It features “channels” instead of traditional profiles, with continuous videos playing like you’d expect if flipping through channels on TV.

Even Twitter has recently made a big shift towards prioritizing video content, recently announcing that live video streams will be showing up at the tops of users feeds. Of course the timely and relevant part matters on a platform that was designed partially to be an idea-sharing/ news-sharing site, but it’s also Twitter recognizing the important of valuable video content being prominently placed, too.

This is a powerful reminder that video is important, and that it’s only going to continue to be more important. Long-form content and creating TV-like, episodic stories that will keep users tuning in will likely to continue to grow in importance. If you want an example of what this looks like, check out Social Media Examiner’s The Journey, which was published on Facebook.

In addition to creating more great video content, we’re also seeing increasing opportunities for video advertising, with our ads placed mid-stream of other video content users want to see. We’re essential witnessing a recreation of TV channels, TV shows, and TV commercials. Quick, five, six, or fifteen second ads that work well for mobile-optimized viewing are going to grow in increasing importance, and you can’t afford to overlook them.

We’ve seen this coming, so we created our free (for now!) StoriesAds tool with Hubspot. Use our video templates to create Story-oriented videos in just a few minutes that are perfect for Snapchat and Instagram Story Ads. They’re easy to customize, so you can scale your campaigns as necessary and run as many split tests as needed.

Snapchat’s Snap Originals are a formalization of the on-platform, episodic content. Snapchat has already been creating this content, and now they’re putting an emphasis on it like Facebook Watch and IGTV. As the shift towards more episodic content takes over, remember to be ready to start creating it. You’ll also want to create high quality video ads that will capture those engaged audiences and help you benefit, too.

Ready to get your video content in shape for Snapchat Ads, Stories Ads, and more? StoriesAds is a free tool that allows you to create ads for Snapchat and Instagram in just a few minutes. Learn more here.

The post Your First Look at Snapchat’s Snap Originals & What It Means for You appeared first on Shakr Video Marketing Blog. 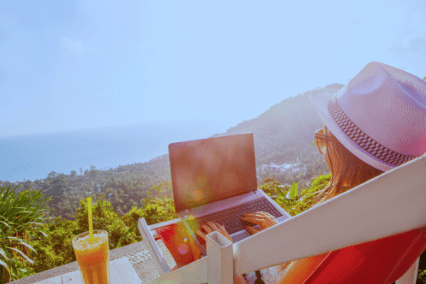