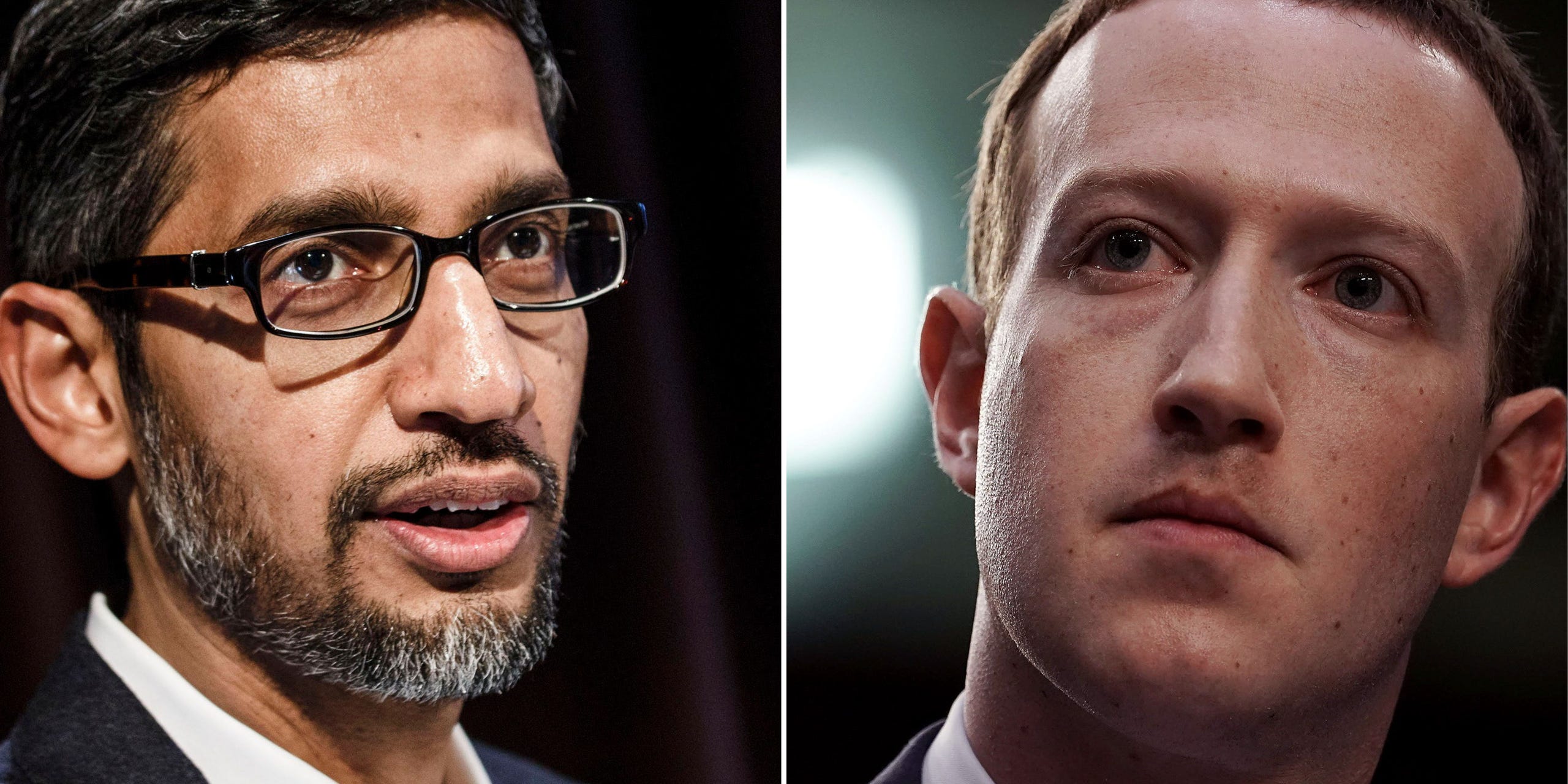 Australia wants to pass a bill forcing Facebook and Google to pay news publishers for their content.
In response, Facebook banned news content in the country, while Google made deals with publishers.
But the situation is much more complicated. Here’s what you need to know.
Visit the Business section of Insider for more stories.

Facebook said it made the move to avoid having to comply with Australia’s recently proposed News Media and Digital Platforms Mandatory Bargaining Code, which if passed would require companies like Facebook and Google to pay media publishers for the right to include their news content on social media platforms and search engines.

Google, however, decided that its best option would be to preemptively negotiate deals with publishers, including Rupert Murdoch’s News Corp and major Australian media conglomerates Nine Entertainment and Seven West Media.

Australian lawmakers have portrayed the proposed law as an effort to curb the tech giants’ power over digital advertising (a major cause of news publishers’ declining revenues over the past two decades). Facebook argued that the law misunderstands its relationship with publishers.

But the situation is more complicated than an attempt to level the digital media playing field – and it could have consequences around the world.

Here’s what you need to know about the battle between Australia, Facebook, and Google over who pays for news online.

How did we get here?

News publishers have long had a bone to pick with companies like Facebook and Google, blaming them for eating away at ad revenues (and as a result, journalism jobs), while also exercising massive control over publishers through algorithms and benefitting from showing their users news content without paying its creators.

The companies have responded in recent years with various initiatives to fund journalism and boost news content on their platforms, such as Facebook’s Journalism Project and News tab, and Google’s News Initiative and News Showcase, but the impact has been modest and the industry continues to struggle.

Increasingly, regulators have sought to force Facebook and Google to pay publishers to use their content, and Australia has been at the forefront, along with the EU and countries including France, Germany, and Spain.

The Australian Competition and Consumer Commission, the country’s top antitrust regulator, has been working toward the law at the center of this week’s controversy for around three years amid Australia’s broader push to crack down on big tech.

What would Australia’s proposed law do?

The law as currently proposed would require companies like Facebook and Google to pay Australian publishers directly for news content that’s displayed or linked to on their sites, as well as give publishers 28 days’ notice before changing their algorithms.

Specifically, it would require them to individually negotiate content prices with publishers within three months, or be forced into an arbitration process where a government-appointed panel will pick between the publisher and tech giants’ proposals.

Is it likely to pass?

Yes. The lower chamber of Australia’s parliament approved the proposed legislation this week, and it’s now headed to the Senate, where it’s expected to pass into law, though discussions between the companies and the government are still ongoing.

Who would be the likely winners and losers?

As the Syndey Morning Herald reported, smaller publishers are not eligible for payments under the proposed law, so large publishers like News Corp may end up benefitting the most. (News Corp has urged the Australian government to pass the law).

Reporter Casey Newton also pointed out that the law also doesn’t require publishers to spend any new revenue on reporters or newsgathering efforts, meaning it could go to executives or investors.

As a result, the law could inadvertently further entrench Facebook’s and Google’s dominance, though it’s unclear what the ultimate impact would be on news publishers or the broader media ecosystem.

What was Facebook’s response?

Facebook said in a blog post that the law “fundamentally misunderstands” its relationship with publishers – which it argued benefits publishers more. Facebook said news content is “less than 4% of the content people see” and that it brought in around $315 million for Australian publishers in 2020.

With less to lose, in its view, Facebook pulled the plug.

Some non-news pages also got caught up in Facebook’s dragnet by mistake.

What was Google’s response?

Alphabet subsidiary Google, which arguably has a more even exchange of value with news publishers, has fought aggressively against the proposed law. In January, the company came under fire for hiding some Australian news sites from its search results.

Google this week has been working on massive deals with top Australian media companies Seven West, Nine Entertainment, and even News Corp, which the company has repeatedly sparred with, and has been expanding its News Showcase in the region.