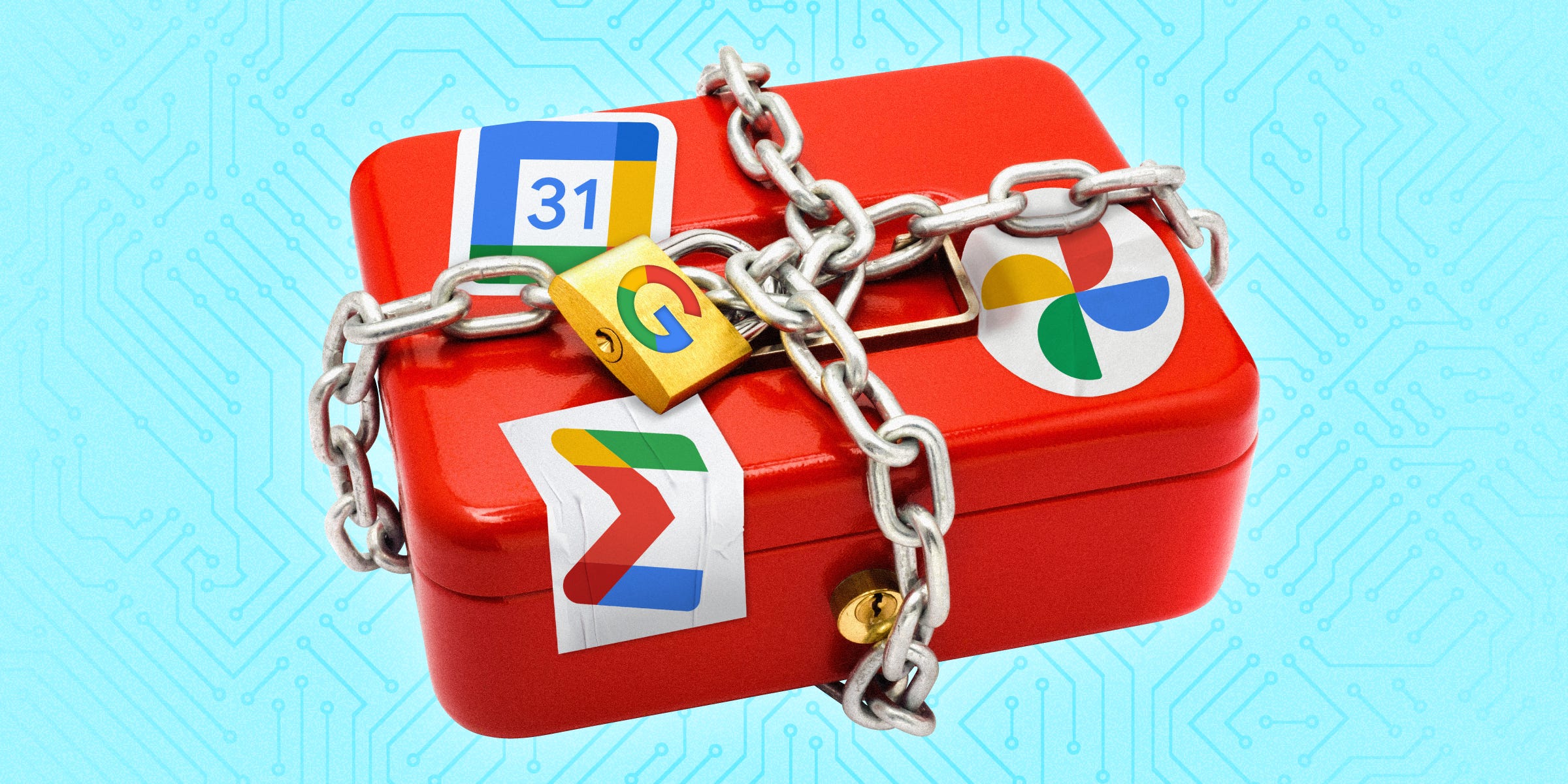 Entrusting your data to big tech platforms can be highly risky.
Users who have been banned by Google for supposedly violating its terms of service have been left without access to key parts of their lives.
Many have appealed the suspensions but have received automated responses.
They don’t know why they’ve been banned. “This is just how life is when you’re dealing with trillion-dollar faceless corporations,” said Aral Balkan.
Visit Business Insider’s homepage for more stories.

When he received the notification from Google he couldn’t quite believe it.

Cleroth, a game developer who asked not to use his real name, woke up to see a message that all his Google accounts were disabled due to “serious violation of Google policies.”

His first reaction was that something must have malfunctioned on his phone.

Then he went to his computer and opened up Chrome, Google’s internet browser. He was signed out. He tried to access Gmail, his main email account, which was also locked.

“Everything was disconnected,” he told Business Insider.

Cleroth had some options he could pursue: One was the option to try and recover his Google data — which gave him hope. But he didn’t go too far into the process because there was also an option to appeal the ban. He sent in an appeal.

He received a response the next day: Google had determined he had broken their terms of service, though they didn’t explain exactly what had happened, and his account wouldn’t be reinstated. (Google has been approached for comment on this story.)

Cleroth is one of a number of people who have seen their accounts suspended in the last few days and weeks. In response to a tweet explaining his fear at being locked out of his Google account after 15 years of use, others have posted about the impact of being barred from the company that runs most of the services we use in our day-to-day lives.

“I’ve been using a Google account for personal and work purposes for years now. It had loads of various types of data in there,” said Stephen Roughley, a software developer from Birkenhead, UK.

“One day when I went to use it I found I couldn’t log in.”

“It suggested that I had been given a warning and I searched and searched but couldn’t find anything,” added Roughley. “I then followed the link to recover my account but was given a message stating that my account was irrecoverable.”

Roughley lost data including emails, photos, documents and diagrams that he had developed for his work. “My account and all its data is gone,” he said.

One Google worker posted in exasperation on October 12 that his husband’s account had been locked, and he wouldn’t be able to regain access. Others professed to have been barred from using Microsoft services, while losing access to Facebook accounts can be equally damaging.

“This is just how life is when you’re dealing with trillion-dollar faceless corporations,” said Aral Balkan, who has long campaigned against the control of our data – and lives – by big tech firms.

“It’s just one reason why it’s so important that we fund and develop human-scale small tech as an alternative to the stranglehold of big tech on our lives.”

It’s a little like having your house burn down

We’ve spent the history of the modern internet putting more and more of our lives online. From checking in at restaurants and reviewing museums, to relying on Google to navigate us to hotels where we take photographs that we post to Facebook and Instagram, there’s very little left in our lives that big tech doesn’t touch. We transact business emails through Gmail, and trust Skype (owned by Microsoft) to handle our video calls with family and friends.

We don’t realize that until we lose access. When key services like Gmail go down, we’re left listless. And in extreme circumstances, when we’re booted out from accessing services through bans, the impact becomes even more devastating.

You only need look at what Cleroth has lost for an indication of the kind of data we give up to big tech firms.

“I’m still trying to piece [together] everything that I did lose,” he explained. “I’m slowly realizing over time just how much stuff is ‘missing’.”

There are the obvious things, like access to Gmail, YouTube and Google Calendar. The game developer has lost reminders of birthdays and anniversaries. “It’s going to lead to some more awkward conversations,” he said.

But it’s not just access to his work emails that he’s lost: “A fair amount of software licenses get delivered by email, especially audio software which his expensive,” he said. “I have products from over two dozen different companies so it’s probable I’ve lost a fair amount of those, given I also have no access to the email they were registered with.”

Then there are other services he’s lost access to. Cleroth logged into many apps and services using his Google account, which he doesn’t have access to anymore. “If they’re paid, I’ll have to buy them again if I switch phones,” he said. The music he purchased through Google Music has also disappeared. “The app took it upon itself to delete all the downloaded music I had on my phone.”

And most notes that the developer jotted down on his phone were stored through Google Keep, which is also gone. “It had a lot of brainstorming for serious and personal projects, as well as other important notes that I scribbled just as reminders usually, most of which I can’t really recall at all,” he said.

“Frankly my memory is not that good, and well, that’s one of the reasons I had all these services that Google offers me,” he added.

The developer feels betrayed by the company for shutting off access to vast swathes of his digital life in an instant, with little logical recourse. “It feels like getting baited by all the convenience that Google offers, only for Google to use your data as it pleases and possibly take it all away with no prior notice,” he said.

Worse, he’s worried it could happen elsewhere. “It feels debilitating that there’s no way to even prevent this in the future,” he explained. “No matter what I do or who I choose to do ‘business’ with, there’ll always be a risk of losing it.”

He feels anger, too. “I’m extremely angry at Google for just completely locking me out or deleting all my data without a single notice, losing money, data on personal projects, contacts, so much,” he explained.

The lack of transparency about how he broke their terms of service also has him worried. “I keep thinking there has to be a reason they’ve suspended me, even though it could just be some algorithmic glitch or something.,” he said. “It’s difficult to shake this feeling, given that Google practically has mountains of data on me.

“I’m also angry at myself for not having even thought of the possibility I could lose my Google account with everything in it and accounts linked through Google,” he added. “Apparently I’m not alone in this blind faith though. Hopefully that changes.”