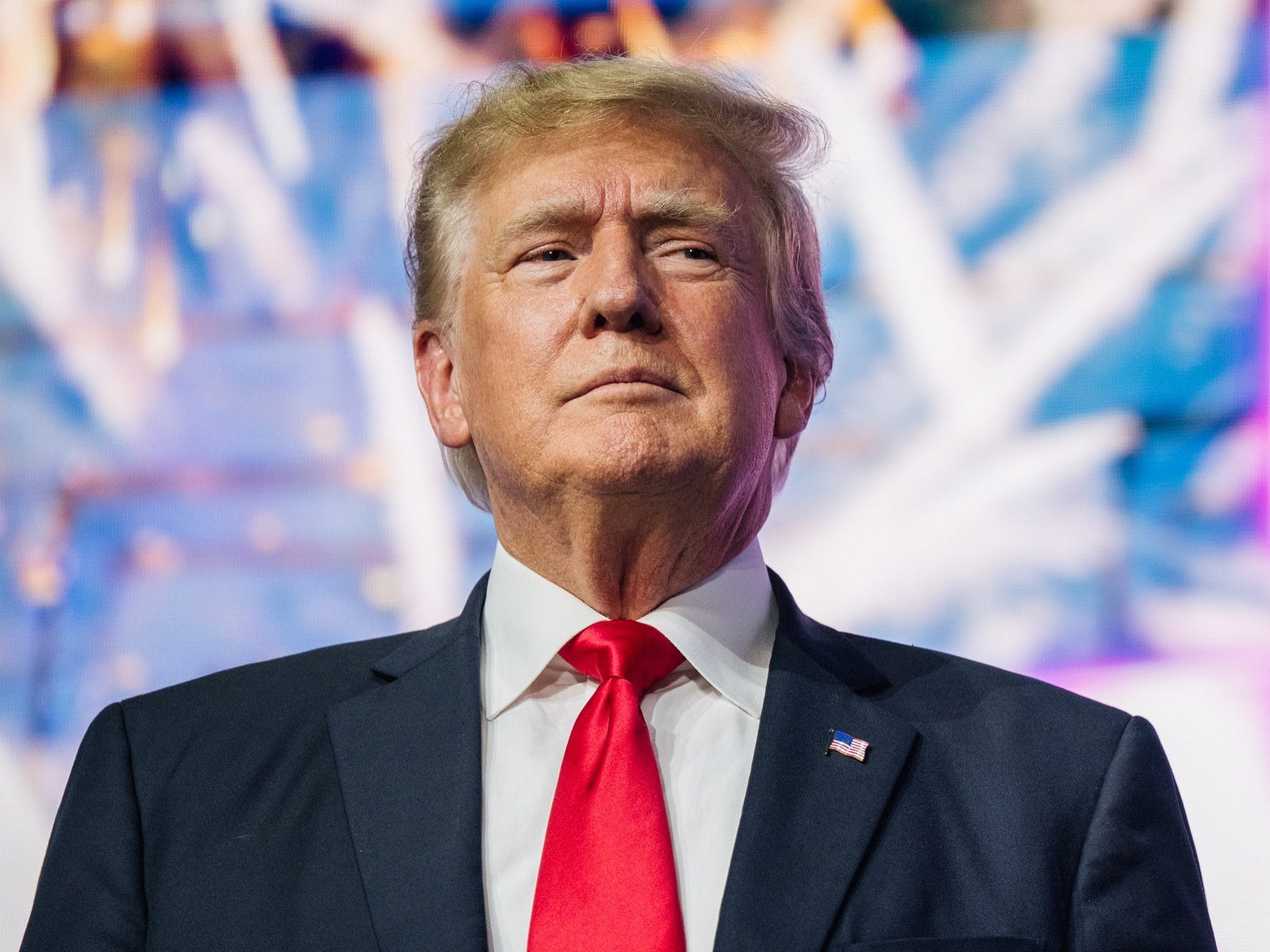 The logo for Donald Trump's new social media app Truth Social features a broken "T" on a blue background. It's strikingly similar to the logo used by Trailar, a British trucking firm.

So similar, in fact, that an executive from Trailar says his company is considering legal action against Truth Social.

On Monday morning, an Insider reporter tried using Truth Social. It took them five attempts to sign up before they were wait-listed. As of 5.30 a.m. ET on Tuesday, they were still on the wait-list.

Trailar fits solar panels to trucks and other large vehicles, and provides data analytics to the trucking industry.

A Twitter user compared the Trailar and Truth Social logos side by side:

Matthew Summers, head of marketing at Trailer, confirmed to Insider on Tuesday that the company was considering legal action against Truth Social because of the similarity of the two logos.

Summers had earlier told The Daily Beast: "We are now seeking legal advice to understand next steps and options available to protect our brand."

On Monday, Trailar tweeted members of Trump's family, including his son Donald Jr., his daughter Ivanka, and wife Melania. Trump himself was permanently suspended from Twitter in January 2021.

The company behind Truth Social, Trump Media and Technology Group, did not immediately respond when contacted by Insider for comment outside of regular US working hours.

Trailar's tweek also said: "@AldiUK Don't happen to have the number for your legal team on you?"

It's not entirely clear why Trailar referenced the German supermarket chain. However, last year, Aldi was caught up in a copyright battle with UK supermarket Marks & Spencer over apparent similarities between their two caterpillar cakes.

Trump was kicked off mainstream social media platforms Twitter, Facebook, and YouTube in January 2021 after the January 6 storming of the US Capitol. Twitter permanently suspended Trump's account, citing a "risk of further incitement to violence," after he released a video in which he told rioters: "Go home. We love you; you're very special."