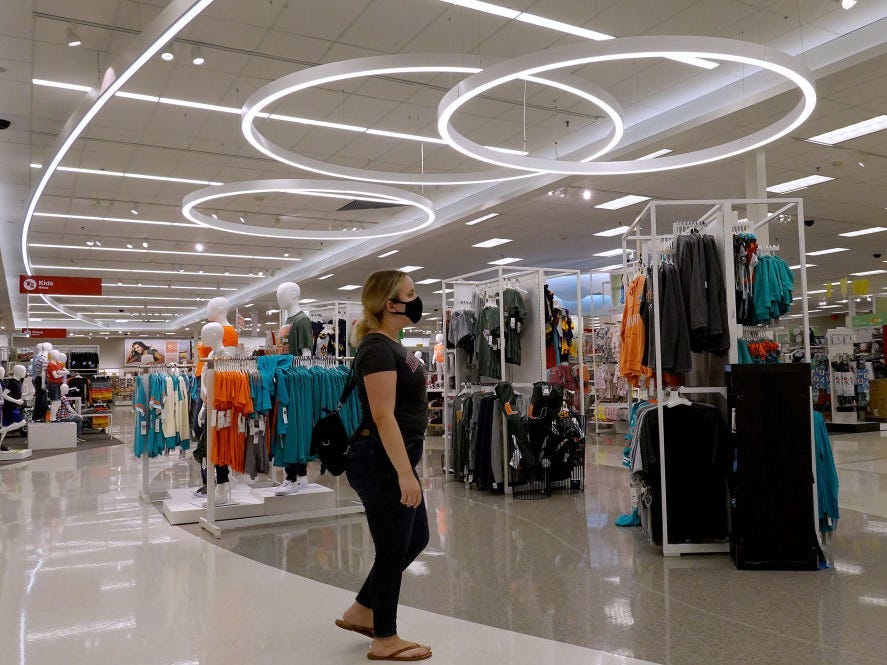 A woman shops in the clothing department of a Target store.

The cottagecore aesthetic gained popularity during the pandemic as it evokes a carefree, pastoral lifestyle.
Now, Target appears to be embracing some cottagecore looks in its clothing section this fall.
Some social media users are roasting the styles as looking like "Little House on the Prairie" costumes.

Last year, the cottagecore aesthetic boomed on social media, starting with Tumblr and Instagram. The chaos of the pandemic prompted cottagecore fans to pine for fashion and décor that evokes a carefree, pastoral lifestyle.

The bucolic aesthetic has garnered mixed reactions on social media, with some comparing garments they've spotten in stores to costumes from "Little House in the Prairie."

But the reaction to the new fall styles hasn't been entirely negative. Some users have praised Target's autumnal clothing as "cute" and "fire."

Over the years, Target has acquired a reputation a fashion hub for shoppers on a budget. And the the Minnesota-based retailer's many customers have been pleased to be able to shop partnerships with well-known brands like Lilly Pulitzer and Zac Posen.

Target's official 2021 fall collection, which was announced back in August, features over 180 fall designs from Rachel Comey, Victor Glemaund, Sandy Liang, and Nili Lotan. None of those designers appears to feature a pastoral flair in their work with Target.