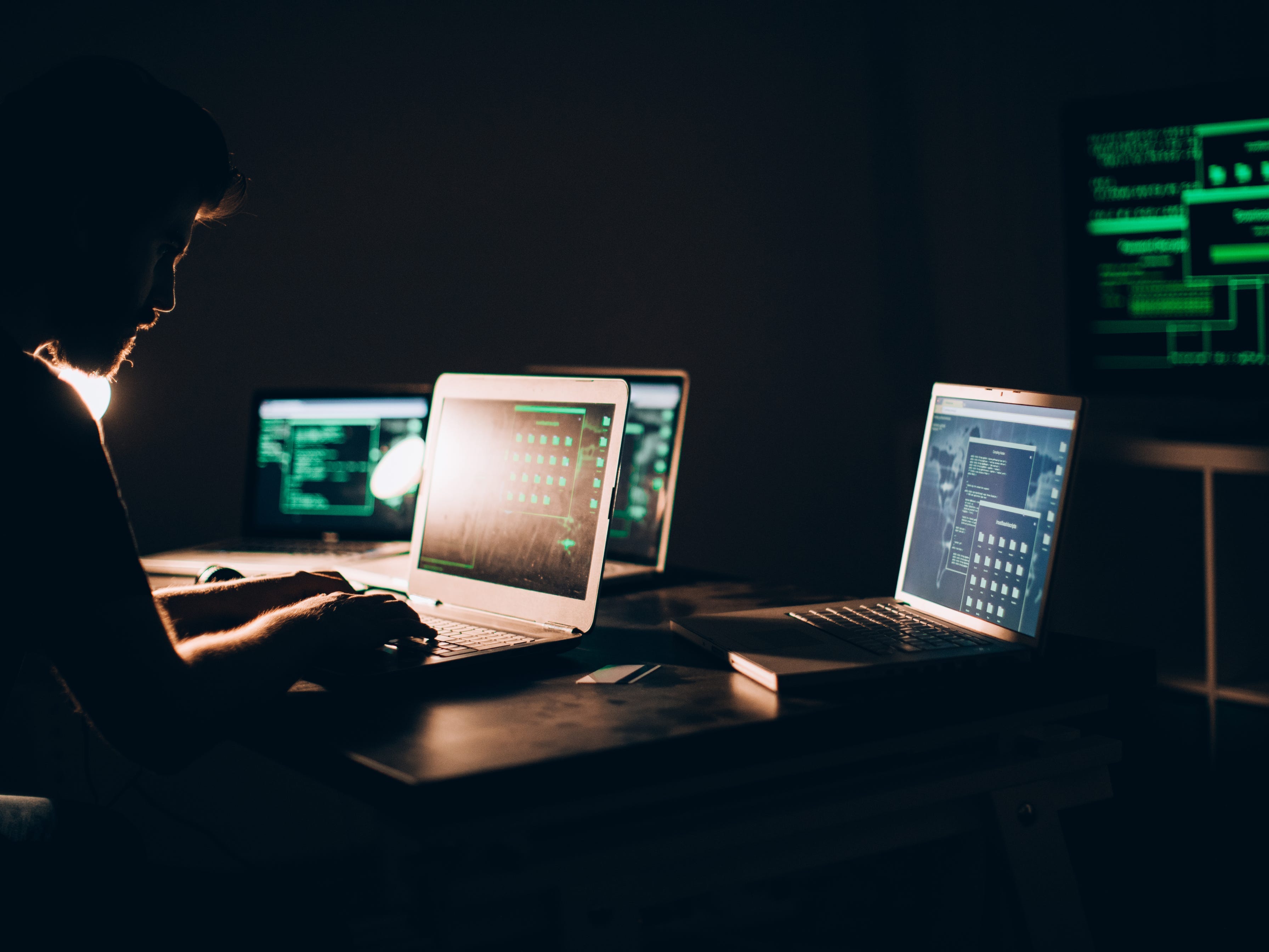 Five Taliban websites, which operate in Pashto, Dari, Arabic, Urdu, and English, went offline, the Washington Post reported.
The actors who shut down the sites are unknown.
Websites and social media have been integral communication tools for the Taliban and other extremist groups across South Asia and the Middle East.
See more stories on Insider's business page.

Five Taliban websites, which operate in Pashto, Dari, Arabic, Urdu, and English languages, went offline, though it remains unclear who took the sites down, the Post reported.

According to public record, web infrastructure and security company Cloudflare manages the security of the five webpages. Cloudflare has previously made similar efforts to cut services to extremist organizations online, taking away its protection of Neo-Nazi website Daily Stormer in 2017 and online message forum 8chan in 2019.

Cloudflare has not responded to whether it withdrew security on the five sites or if it is currently managing security through the site outages.

Several Taliban WhatsApp groups were offline as well, according to the SITE Intelligence Group, a US NGO that monitors the internet for extremist activity. Facebook, which owns WhatsApp's encrypted messaging service, has moved to eliminate Taliban presence on its platform, though followers numbers doubled last week. Twitter and YouTube are also taking steps to enforce bans on the Taliban, though their guidelines remain unclear and several Taliban spokespeople remain active on Twitter.

"We're obligated to adhere to U.S. sanctions laws," WhatsApp spokeswoman Alison Bonny told the Washington Post. "This includes banning accounts that appear to represent themselves as official accounts of the Taliban. We're seeking more information from relevant U.S. authorities given the evolving situation in Afghanistan."

WhatsApp did not confirm or comment directly on whether it had taken down the Taliban WhatsApp groups on Friday.

The outages come after the Taliban quickly overran US-trained Afghan forces in the past several weeks, retaking control of the Afghan government 20 years after be ousted by the US and its allies during the US "war on terror."

The website and social media outages come as watchdog groups, politicians and social media users continue to voice alarm over extremist movements online. The Taliban's online and social media efforts remain one of its most effective communications and propaganda tools to coordinate its people locally and internationally.

The US government considers the Taliban a foreign terrorist organization that has perpetrated violence and numerous human rights violations. Earlier this week, US federal agencies operating in Afghanistan began an online scrubbing campaign to remove information about Afghan civilian contacts who have cooperated with the US government and now face possible Taliban retribution, the AP reported. These efforts have not been directly tied to the website and WhatsApp shutdowns on Friday.