In the wake of the failed effort to sign a new stimulus package into law, the Small Business Administration (SBA) along with the Treasury Department issued new guidance on October 8, 2020, allowing borrowers with Paycheck Protection Program (PPP) loans of $50,000 or less to self-certify they used the money appropriately and receive complete forgiveness.

While this latest Interim Final Rule addressing the PPP loans created under the Coronavirus Aid, Relief, and Economic Security Act (or CARES Act) will still require borrowers to provide documentation, such as a payroll provider report, it offers a new, simplified form and a “check the box” process for forgiveness. Borrowers can use new SBA Form 3508S for their application or wait for their lender to update their online application portals.

The new rules also remove the need to show that the borrower did not reduce head count or salaries and, therefore, suffer a reduction in loan forgiveness. Previous regulations outlined that if an employer reduced salaries by over 25%, the amount over 25% would not be forgivable. Borrowers would also have to document that if they did furlough employees, they tried in good faith to rehire them or couldn’t hire similarly qualified individuals, or also be subject to an unforgiven portion of their PPP funds.

How the SBA justifies the $50,000 limit for simplified PPP loan forgiveness

The SBA rationale to remove these requirements for loans of $50,000 or less is that almost all borrowers in this loan amount category are sole proprietors, independent contractors, or employers with one employee. The SBA stated as follows:

“Within this population of potentially affected loans, SBA believes that most borrowers would not be affected by the loan forgiveness reduction requirements because (1) the borrowers did not reduce FTE employees or reduce employee salaries or wages, or (2) the borrowers would qualify for one of the existing exemptions from loan forgiveness amount reductions. Excluding such borrowers, the aggregate dollar amount of PPP funds affected by these exemptions relative to the aggregate dollar amount of all PPP funds is de minimis.”

The SBA issued some data points to further justify its analysis that removing these borrowers from the requirements regarding the need to keep head count and salaries at close to pre-COVID levels in order to receive full forgiveness is de minimus. According to the SBA, there are 3.57 million outstanding PPP loans of $50,000 or less out of the 5.2 million issued, totaling approximately $62 billion of the $525 billion in PPP loans. Approximately 1.7 million PPP loans of $50,000 or less were made to businesses reporting zero employees other than the owner, or one employee.

The SBA made the calculation that owners would obviously not furlough themselves, and employers with just one employee only represented $49 billion or 9% of this loan range. Therefore, even if these borrowers laid off or reduced the salary of that one employee, the impact would be minimal.

This exemption was long sought by lenders and the business community, albeit at a higher level. Initially, these interested parties sought “check the box” forgiveness at $1 million or in the $250,000 to $500,000 range. Those numbers proved too ambitious and the number floated for the potential new stimulus bill was $150,000, a level covering most PPP loans. The SBA likely settled on the $50,000 level so it could make the above argument that the impact on employees would be small, and so the goal of the PPP loans would still be maintained.

While this new Interim Final Rule resolves one issue that resulted in $135 billion in PPP funds being left on the table when the program closed on August 8, 2020, and the reticence of many employers to file for forgiveness without more clarity, many issues are outstanding, giving businesses pause.

This is reflected in the fact that the SBA has received 96,000 forgiveness applications to date and has reviewed none of them. The SBA has stated it will begin reviewing applications “shortly.” This new regulation will certainly reduce the SBA’s administrative burden on loan forgiveness.

The main outstanding issue is the deductibility of expenses used with PPP funds. While the original CARES Act creating the PPP program made clear that once the loan is forgiven and becomes a grant, the funds are NOT income and not taxable as such. However, the Internal Revenue Service then issued guidance (Notice 2020-32) on April 30, 2020, stating that expenses normally deductible for a business CANNOT be taken if used with PPP money. Again, every lender and business advocacy group has been lobbying against this and have been hoping to see a fix in the new stimulus bill.

The main argument against this rule was simply one of fairness: if the intent was a grant, why create a new tax burden on these businesses the government was trying to bail out? The IRS rationale, however, was the businesses should not be allowed to “double dip” by both getting tax-free government money and taking these deductions. Again, the IRS is alone in that assessment.

More important, the rule created a grey area many businesses are now facing. Prior to forgiveness, PPP is a loan and remains one until forgiveness is received. As lenders have 60 days to review forgiveness applications and the SBA 90 days, most borrowers won’t receive a forgiveness decision until Q1 or Q2 of 2021, if then, with the likely backlogs to come. So, the question becomes, do borrowers take the deductions now and amend their tax returns upon full or partial forgiveness, or not take the deduction and receive a refund if all or part of their PPP loan is not forgiven? And, what of any potential penalties and interest?

Since the PPP covered period is now 24 weeks, most businesses should easily qualify for full forgiveness. While the rules dictate that 60% of the PPP funds must be used on payroll, and 40% on expenses such as rent, utilities, mortgages, and loan interest, it is advisable and easier to document if all the funds are used on payroll if possible. If borrowers can do so, the conservative approach would be to not take the deductions and assume full forgiveness.

However, if borrowers want to hold onto cash, or have concerns about forgiveness, they can still take the deductions now. This is a business decision borrowers should make in consultation with their accountant, lawyer, and lender. Either way, for most borrowers of smaller loans, especially those with loans of $50,000 or less, applications for forgiveness should be filed sooner rather than later.

Many businesses have held off filing for forgiveness, waiting to see what new legislation would bring, such as more clarity, easing of rules, and a second chance at PPP money. The House version of the stimulus bill offered a second round of PPP funds to those businesses with 2020 revenue down 50% over 2019. In addition, there were set asides for employers with under 300 employees, $25 billion for employers with 10 or fewer employees, and $10 billion for community lenders. The intent was to address complaints that women and minority-owned businesses were largely shut out from the first and second round of PPP loans. The bill also expanded the list of forgivable expenses to include supplier costs, worker protective gear, and operations.

Unfortunately, none of these improvements or additional funds have come to pass. The talk now is of scaled down and targeted bailout money for the airline industry and perhaps restaurants and hospitality. The chances of anything happening prior to the election on November 3rd remain slim to none.

In the meantime, while things may and likely will change with future regulations, at least the 3.57 million borrowers of loans of $50,000 or less have much more clarity on both full forgiveness and the tax deduction issue.

The post SBA Easing Forgiveness of Paycheck Protection Program Loans of $50,000 or Less appeared first on AllBusiness.com. Click for more information about Neil Hare. Copyright 2020 by AllBusiness.com. All rights reserved. The content and images contained in this RSS feed may only be used through an RSS reader and may not be reproduced on another website without the express written permission of the owner of AllBusiness.com. 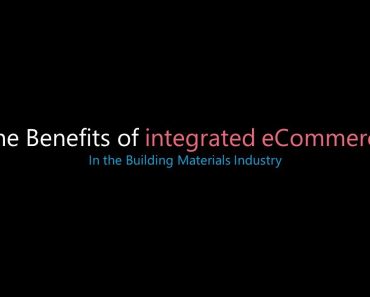