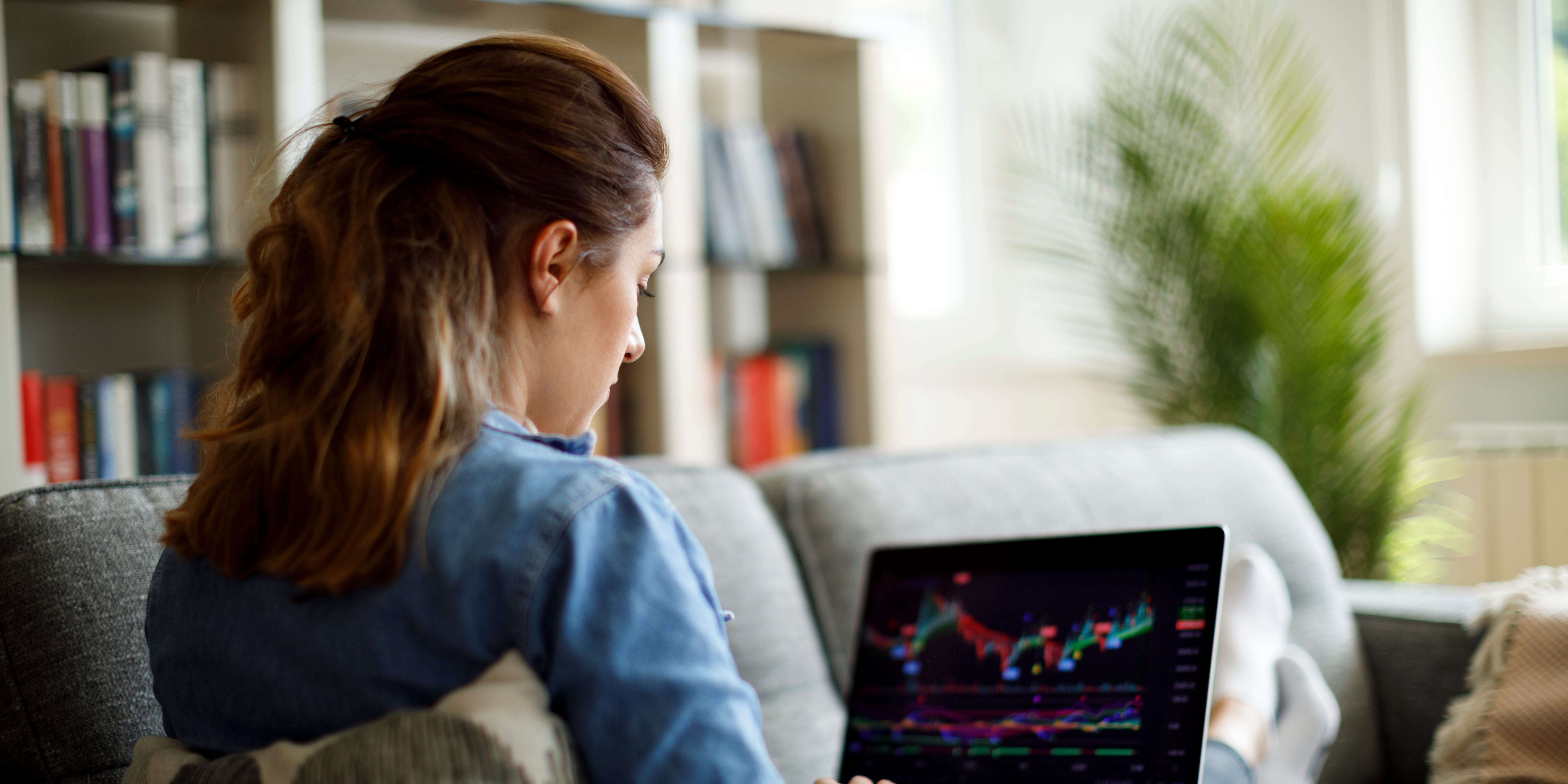 Retail investors have bought stocks every day in 2022, but there are signs of capitulation, said Vanda Research on Wednesday.
Net selling of two popular tech stocks while large inflows in levered tech ETFs illustrate divergence between experienced and new retail investors.
A "new batch of retail investors is joining the market attracted by lower valuations," said Vanda.

Newer retail investors are driving into the market to pick up stocks beaten down in this year's selloff that's dragged major indexes into correction territory, while more experienced retail investors who are feeling the sting of losses have pulled back, research suggests.

Retail investors have purchased equities every day this year, with sales surpassing $1.8 billion in Tuesday's volatile session, said Vanda Research in a weekly update published Wednesday. The S&P 500 on Tuesday finished down by 1.2% and the Nasdaq Composite slumped 2.2%.

Retail investors were strong dip buyers throughout sessions last Friday and on Monday, said the research firm whose VandaTrack tool monitors retail-investing activity in 9,000 individual stocks and ETFs in the US. Monday's session ended in a stunning turnaround that left the Dow Jones Industrial Average finishing higher after plunging 1,115 points.

"If we scratch below the surface though, there have been some signs of retail capitulation," wrote Vanda senior strategist Ben Onatibia and head of data Giacomo Pierantoni. They said AMD and Nvidia, the two most popular tech stocks in the second half of 2021, were net sold by retail investors on Thursday and Friday.

"Yet quite surprisingly, levered tech ETFs like TQQQ and SOXL enjoyed the largest retail inflows on record," they said, adding that other FAAMG stocks benefited from healthy bids. FAAMG is a reference to mega-cap tech companies Google, Apple, Facebook, Amazon, and Microsoft.

"One possible explanation for this divergence is that we're talking about two different sets of retail investors. Those who have been in the market for a few quarters and were feeling the [profit and loss] pain are capitulating in the most widely held stocks, such as AMD and Nvidia," the analysts said.

"Meanwhile, a new batch of retail investors is joining the market attracted by lower valuations. These market 'novices' are more likely to buy Nasdaq-linked products or FAMG stocks than AMD or NVDA," they said.

Retail investors have shown reluctance to buy the dip in some risky areas of the market such as SPACs, constituents of ARKK, Ark Invest's flagship ETF, and meme stocks, as each has seen "very little demand" from such investors.

"For the first time since the pandemic started mentions to put options have overtaken references to calls, suggesting that the Reddit crowd is indeed throwing in the towel," said Vanda.

Data on new brokerage accounts released by Charles Schwab shows monthly growth rose to 233,000 in December from an average of 133,000 from June to October. "The correction in January has probably attracted an even larger pool of investors that were waiting for an opportunity to join," said Vanda.

The Nasdaq Composite as of Tuesday's close was down 16% from its November high – getting closer to a 20% drop required for a bear market.  The S&P 500 was 9.2% below its most recent high logged in early January.