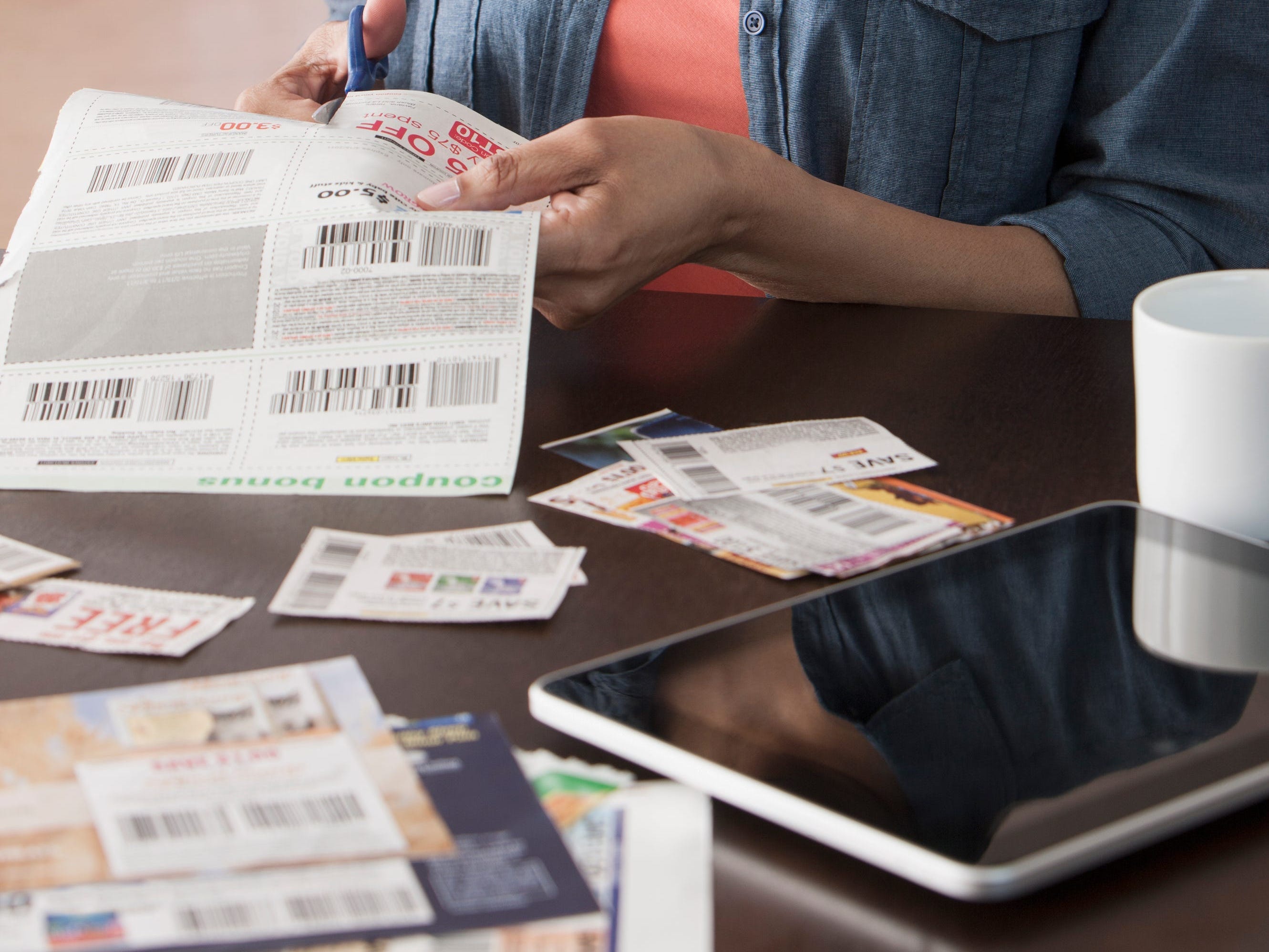 Lori Ann Talens created thousands of counterfeit coupon designs to sell on private messaging apps.
The Department of Justice said it was one of the largest coupon fraud schemes in US history.
Talens' husband, Pacifico Talens Jr., was sentenced for aiding in and profiting off of the scheme.

In September, a Virginia beach couple was sentenced to prison and ordered to pay $31.8 million in restitution to retailers and manufacturers who suffered losses from "one of the largest coupon fraud schemes ever discovered in the US," according to the Department of Justice.

Lori Ann Talens, 41, located coupon enthusiasts on Facebook and invited them to chat privately on Telegram, an encrypted and private instant messaging app, where she would sell them counterfeit coupons that could be used to redeem retail items for free or greatly reduced prices, according to court documents.

"She trained herself in the different techniques she needed to manipulate barcodes to make these coupons work," said Special Agent Shannon Brill in an FBI release obtained by CNN.

From April 2017 to May 2020, Talens designed, produced, and distributed more than 13,000 counterfeit coupons that were "virtually indistinguishable" from authentic coupons, according to a DOJ press release. She accepted payment from her buyers using a variety of online payment methods, including Bitcoin and Paypal, according to court documents.

After the Coupon Information Center received a tip about the scheme from one of Talens' buyers, it purchased some of the counterfeit coupons, confirmed they were illegitimate, and contacted the US Postal Service about the matter, the DOJ said in a press release.

"This massive counterfeit coupon scheme harmed consumers, retailers, and manufacturers nationwide, and the economy at large. The sentences imposed in this case illustrate the serious consequences that criminals can face in EDVA for carrying out these sham get-rich-quick schemes," Raj Parekh, acting US attorney for the eastern district of Virginia, said in a press release.

Investigators found that Talens' husband, Pacifico Talens Jr., was aware of the scheme, profited from it, and shipped packages of counterfeit coupons for his wife. Pacifico and Lori Ann received 7 and 12 years in prison, respectively, for their participation in the scheme, according to the Department of Justice.