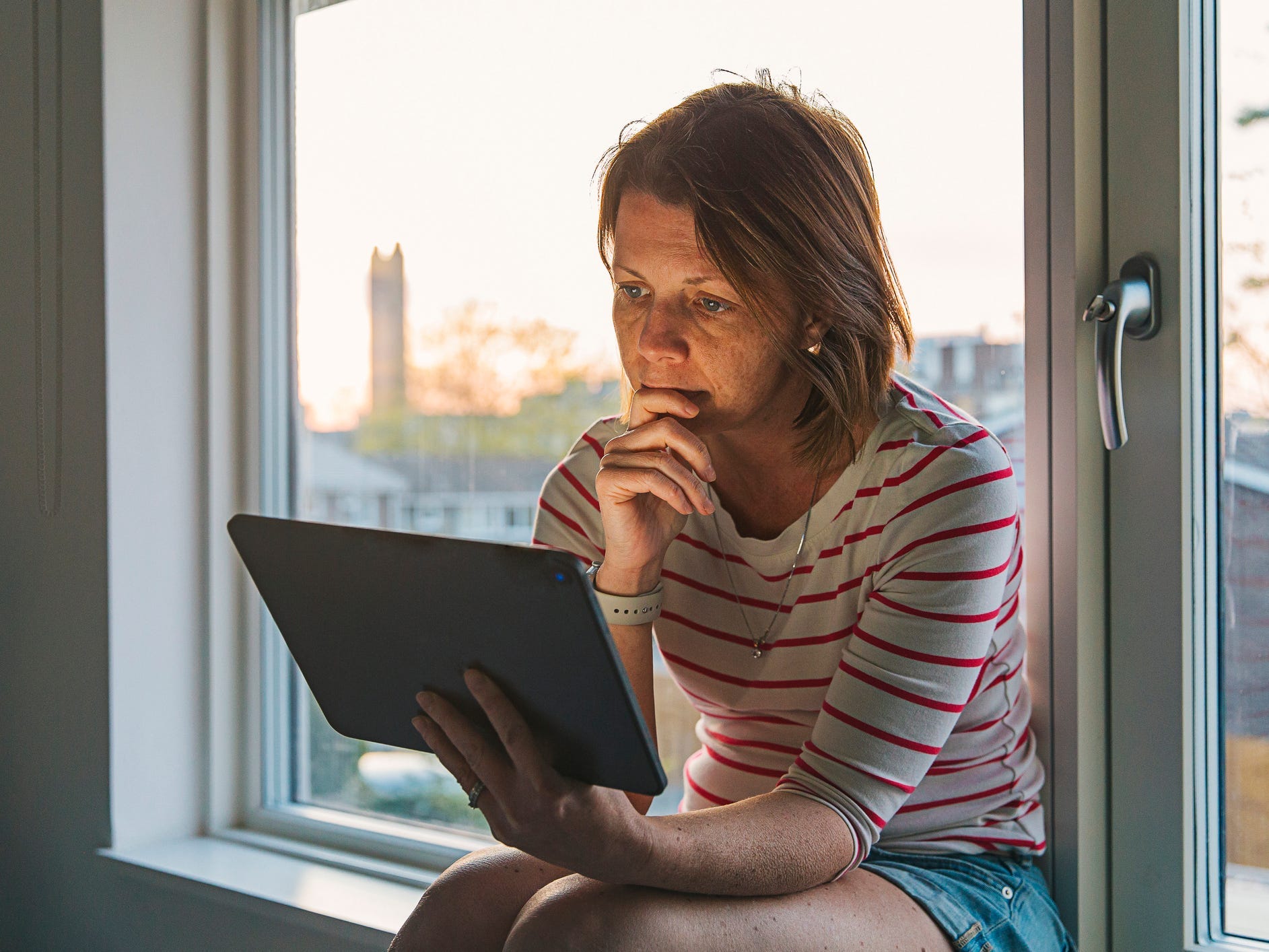 People with a negative view of leisure activities like watching tv were more likely to be anxious and depressed.

Selin Malkoc is a professor of marketing at the Ohio State University who studies consumer behavior.
As a Turkish person, she noticed Americans resist downtime and researched how this can affect overall well-being.
Study participants with negative views of leisure were more likely to be stressed, anxious, and depressed.
See more stories on Insider's business page.

When I first took my now-husband to Turkey, I tried to prepare myself for anything that could go wrong – delayed flights, language difficulties, digestion issues.

But I wasn't ready when, as we walked into a beautiful beach club on the Aegean coast, he grumbled, "What are we going to do?"

"But what about the things to do – beach volleyball, Frisbees, water sports?"

"There isn't any of that. We're just here to relax."

This was the first time I got a sense of our cultural differences. He's American and I'm Turkish. He needed to "do stuff." I wanted to chill. Over the years, he became better at relaxing – more Turkish, if you will.

But I started noticing all the ways the imperative to "do stuff" kept marching along in the US.

It morphed and migrated into pithy catchphrases like YOLO – "you only live once" – and "rise and grind." I saw it in the way people bragged about how busy they were, as if it were a badge of honor. And I noticed it in the rise of "hustle culture," or the collective urge to get as much done in as little time as possible, while always keeping an eye on the next opportunity.

Underlying all of it is the belief that resting or relaxing is a waste of time.

I wondered: How might these attitudes influence people's well-being? And are some cultures more likely than others to promote such beliefs?

Read more: An epidemiologist describes what schools need to do in order to reopen safely this fall

Ruining all the fun

In a series of new studies I conducted with fellow marketing professors Gabbie Tonietto, Rebecca Reczek, and Mike Norton, we took a stab at finding some answers.

In one study, 141 undergraduate students participated at our behavioral lab at the Ohio State University. They arrived to complete a series of surveys in which we asked them the extent to which they agreed with certain statements – "Time spent on leisure activities is often wasted time," "Most leisure activities are a way to burn time" – that measured whether they endorsed the idea that leisure is pointless.

During these otherwise monotonous and tedious studies, participants watched four funny and popular YouTube videos that were rated entertaining by a different set of participants. After watching all four videos, participants indicated how much they enjoyed them.

We found that participants who believed leisure to be wasteful didn't enjoy the videos as much.

In a follow-up study, we asked participants to indicate how much they enjoyed engaging in a variety of leisurely experiences – some active, like exercising, and some passive, like watching TV. Others were social – hanging out with friends – or solitary, such as meditating.

We found that those who viewed leisure as wasteful tended to get less enjoyment out of all of the different types of activities. Furthermore, these people were also more likely to be stressed, anxious, and depressed.

An attitude that's tough to shake

In a different study, we wanted to see the extent to which this was a uniquely American phenomenon. So we recruited participants from France, the US, and India – countries chosen for being low, medium, and high, respectively, on Hofstede's industry-indulgence dimension, which captures the extent to which a given culture is work-oriented and values self-reliance.

We asked them to indicate the degree to which they agreed with the idea that leisure is wasteful. Consistent with the prevailing stereotypes, there were far fewer French participants who believed that leisure was wasteful compared to American and, especially, Indian ones.

But French people who held a negative view of leisure were as likely to be stressed, anxious, and depressed as their American and Indian counterparts. So while Americans and Indians might more readily believe that leisure is wasteful, the consequences of holding this belief are universal.

The COVID-19 pandemic has had a pronounced effect on the way we live, work, and socialize. During this period, many people have taken a step back and reevaluated their priorities.

We wondered whether people's attitudes toward leisure had shifted. Since we had data from both pre- and post-pandemic studies, we were able to compare the two.

To our surprise, we didn't find any evidence of these beliefs declining after the pandemic.

To us, this revealed how entrenched the belief that leisure is wasteful can be.

Another study affirmed it. In this one, participants read an article that either discussed the efficacy of coffee makers or described leisure in one of three possible ways: wasteful, unproductive, or productive. Participants then played the video game Tetris for five minutes and told us how enjoyable it was. We found that those who read an article describing leisure as wasteful and unproductive didn't enjoy the game as much as those who read about leisure being productive or read about coffee makers.

Not all leisure is equal

In the studies I described above, we focused exclusively on what psychologists call "terminal leisure" – leisure that takes place purely for enjoyment.

This differs from "instrumental leisure" – leisure that might serve a larger purpose, like making friends or staying healthy, and therefore feels more productive.

So we explored whether the negative attitudes toward leisure would be less detrimental for instrumental leisure activities.

In 2019, on the Monday after Halloween, we asked participants to recall what they did and tell us how much they enjoyed it. We found the belief that leisure was wasteful was particularly detrimental for the enjoyment of terminal activities like going to a party. On the other hand, it boosted the enjoyment of instrumental activities, such as taking their kids trick-or-treating, which could be seen as a bonding experience.

The good news? Whether a particular activity is terminal or instrumental leisure is relative and depends on the person and the situation. For instance, people may exercise for fun (a terminal motivation) or to lose weight (an instrumental motivation). The frame can always be changed.

It might not be easy to change what you believe about leisure. But by reframing leisurely activities as instrumental, more people can hopefully reap their true benefits: satisfaction, recuperation, improved mental health, – and, yes, chilling on the beach for the sake of chilling on the beach.