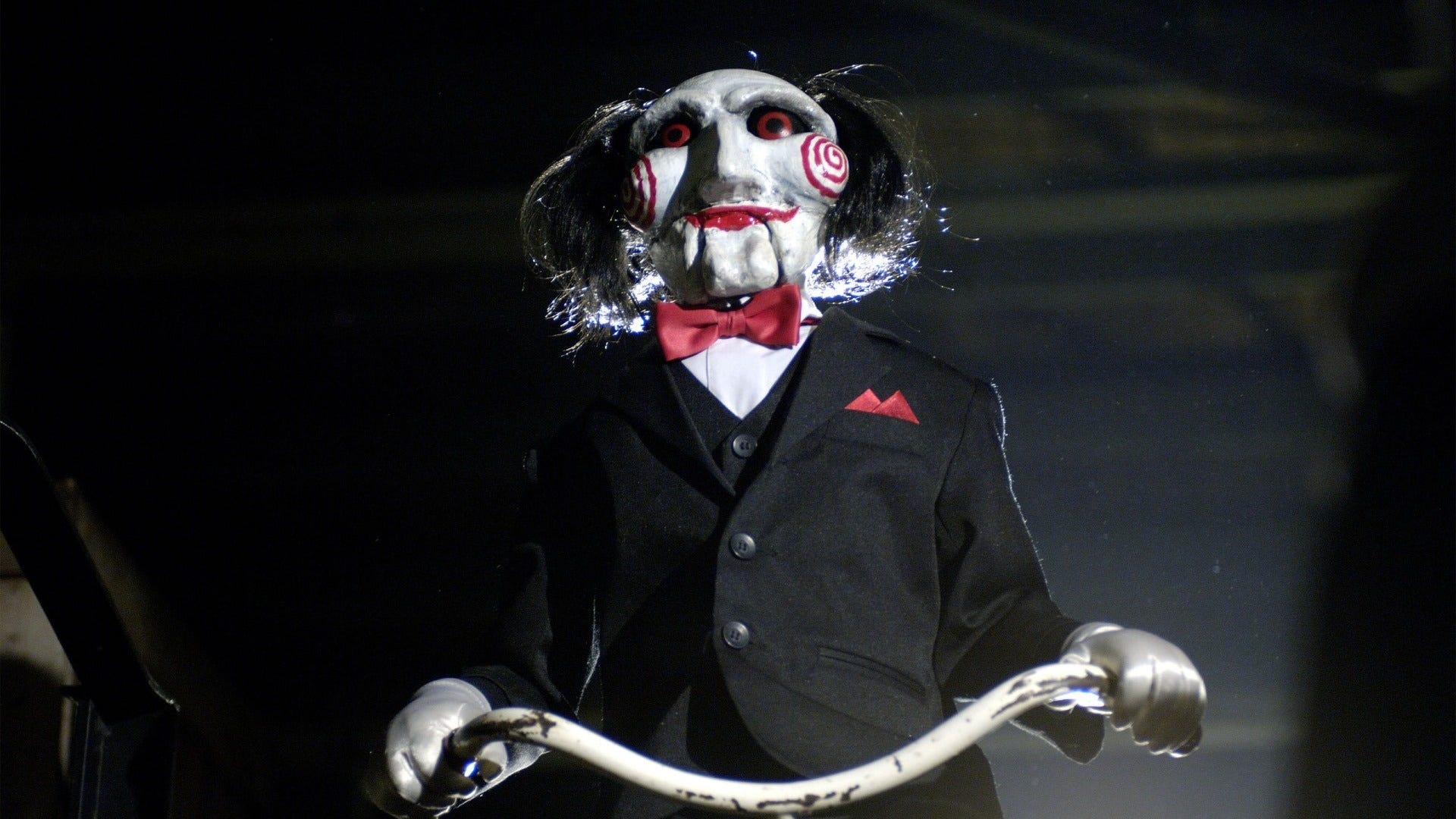 The recently released "Spiral" has pushed the "Saw" franchise past $1 billion at the global box office.
Insiders detailed how it got there after the first movie almost went straight to DVD.
The franchise's producers say they have more movies in mind and aren't ruling out TV.
See more stories on Insider's business page.

The story of "Saw" has as many twists and turns as the horror franchise itself.

When the first movie, directed by James Wan, was released in 2004, it was a box-office hit, grossing $56 million in the US and $103 million worldwide off of a measly $1.2 million budget.

Seventeen years and eight sequels later, including the recently released "Spiral: From the Book of Saw," the franchise – which is about a serial killer named Jigsaw who sets up elaborate traps for his victims – has hit $1 billion in total global box office. ("Spiral" has grossed $24 million worldwide and is getting an early digital-rental release on June 1.)

It's an impressive feat considering that first entry was almost sentenced to the void of straight-to-DVD movies.

"You don't know how close 'Saw' was to never getting a theatrical release," said producer Mark Burg, cofounder of Twisted Pictures, which has produced every "Saw" movie.

Burg and Twisted cofounder Oren Koules liken themselves to James Bond producer Barbara Broccoli, in the sense that they've been among the few constants in the nearly two decades of the "Saw" franchise. Like Broccoli with Bond, they are the keepers of "Saw."

The duo, along with other "Saw" insiders, spoke with Insider about how the franchise has sustained itself over the years and what's to come, including a prequel movie, "Spiral" sequel, and maybe TV down the line.

"When you have a concept and a world that is as developed and rich as 'Saw' is, there are endless possibilities," said Jason Constantine, the Lionsgate president of acquisitions and coproductions, who has been involved with "Saw" since the beginning. 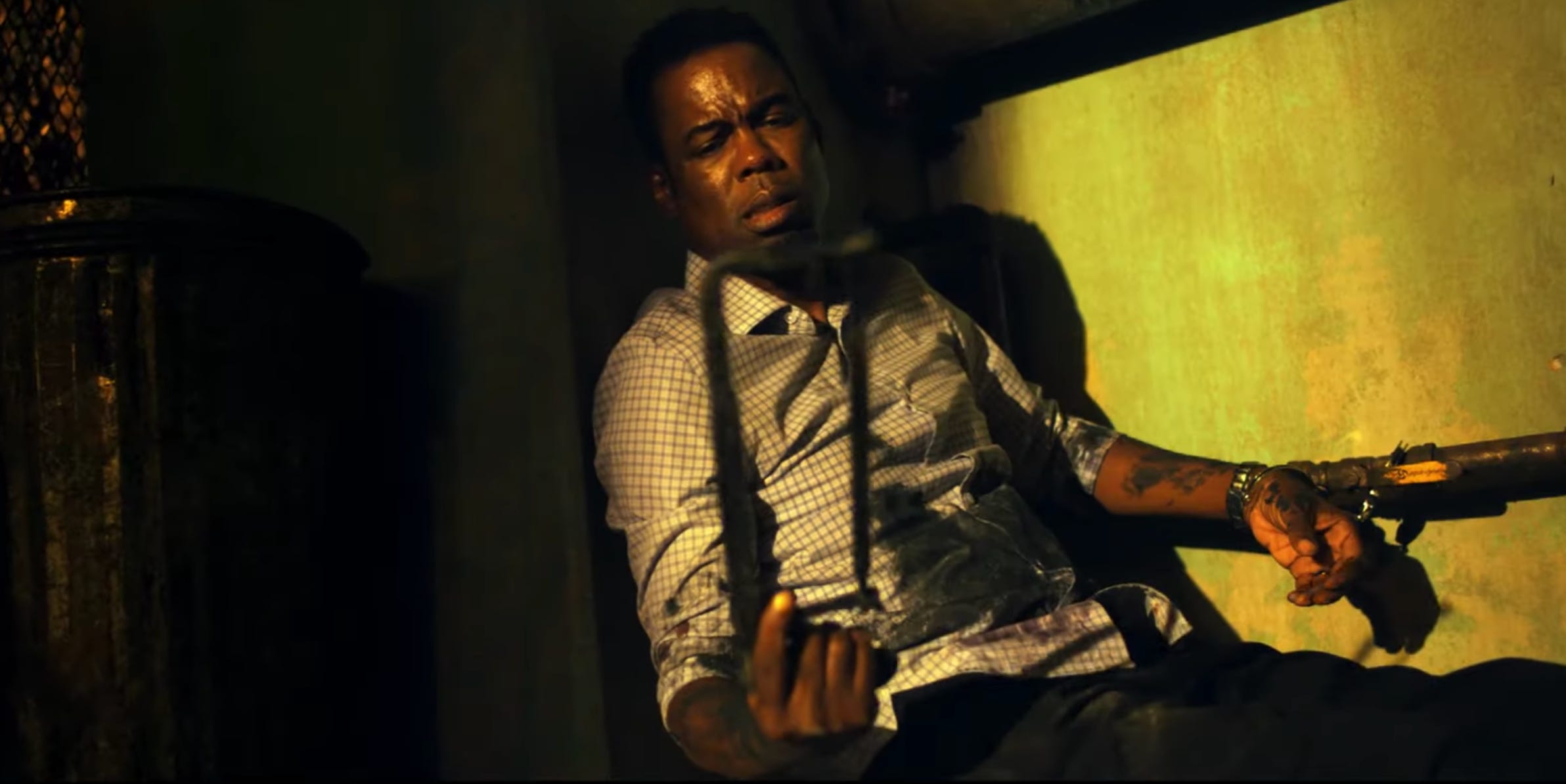 Chris Rock in a scene from "Spiral."

Lionsgate has distributed every movie from 2004's "Saw" to this year's "Spiral," but its devotion to "Saw" got off to a rocky start, according to Burg and Koules.

After an initial research screening of "Saw" just outside of Los Angeles that Burg and Koules said "tested through the roof," Lionsgate set up another test screening in Las Vegas in March 2004. But Lionsgate didn't tell the producing duo exactly where it was until the day of.

"They thought we brought in 200 of our closest friends because they didn't think there was any way it could test so well," Burg said.

"That was the turning point to realize it could really be a theatrical movie," he said.

"Saw" was ultimately released in the UK that September and made $11 million before it even hit North American theaters on Halloween weekend in October, a weekend the franchise would own for some time after.

"It crushed and gave everybody a lot more bravado about putting the movie in theaters and spending more money" on advertising, Koules said.

Since then, every "Saw" movie except the sixth has grossed more than $100 million globally. The highest budget for a "Saw" movie before "Spiral" (which cost $40 million to produce) was $20 million for the seventh entry. Every other "Saw" cost $11 million or less, not counting marketing costs.

Burg and Koules credit the franchise's main antagonist Jigsaw, played by Tobin Bell, with why audiences keep coming back for more.

"It's a weird dynamic where people cheer and root for Jigsaw, but he's not a vigilante," Koules said.

"We always want to make sure that Jigsaw succeeds when the movie's over," Burg said.

"Yet we're the two idiots that killed him in 'Saw III,'" he added with a bit of self-deprecation.

That clearly didn't stop fans from returning to theaters or scooping up home-video releases. Since 2004, only a handful of horror franchises have hit the coveted $1 billion mark, according to data from the research company Comscore, including "Resident Evil," "It," and "The Conjuring," if we include the spinoffs of the latter. And Koules said that the "Saw" franchise has likely hit closer to $2.5 billion after accounting for home-entertainment sales.

"Hitting the $1 billion mark in global box office is a huge deal for any franchise, but in the horror genre it's almost elusive," said Paul Dergarabedian, the Comscore senior media analyst. "The 'Saw' franchise clearly struck a chord with audiences around the world." 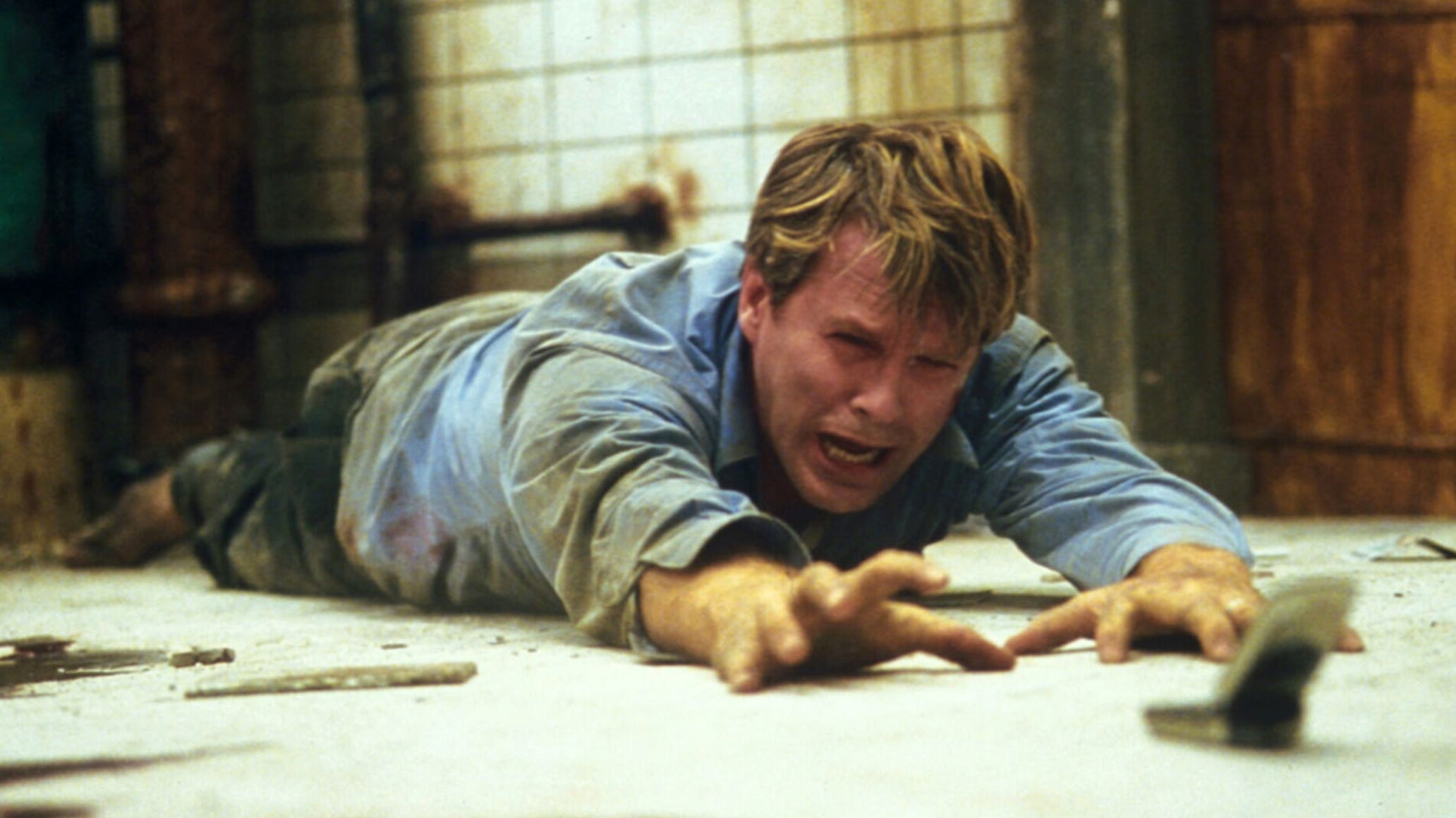 Nobody was thinking about sequels to "Saw" in 2004; not Burg and Koules, not Lionsgate, and not even writer/director Wan and his cowriter Leigh Whannell (who also plays Adam in the movie and has since directed thrillers of his own like "Upgrade" and "The Invisible Man").

"I think James and I were thinking more of the first 'Saw' film as a demo reel for our next film than anything," Whannell told AV Club in 2010. "Far from thinking of what should the sequels be about, we thought that we would probably make the film and then be carting that around on a DVD trying to get people to watch it. So we just really didn't think ahead."

As for Burg and Koules: "We just wanted to get our money back," Burg said.

They did get their money back and then some. The pair struck down several offers from Lionsgate, including $5 million, before settling on a deal where they wouldn't take an advance, but pay Lionsgate a distribution fee of "roughly 18% to 20%" and keep the rest. "Saw" cost just over $1 million to make and it grossed more than $100 million.

"It was more money than I'd every dreamed of in my life," Burg said.

Despite the film's success, Lionsgate was cautious. Burg and Koules made seven "Saw" movies in seven years, but Lionsgate never greenlit a sequel until after the previous movie was released. They were also producing the sitcom "Two and a Half Men" during those years.

"Some of it is kind of a blur to us," Koules said. 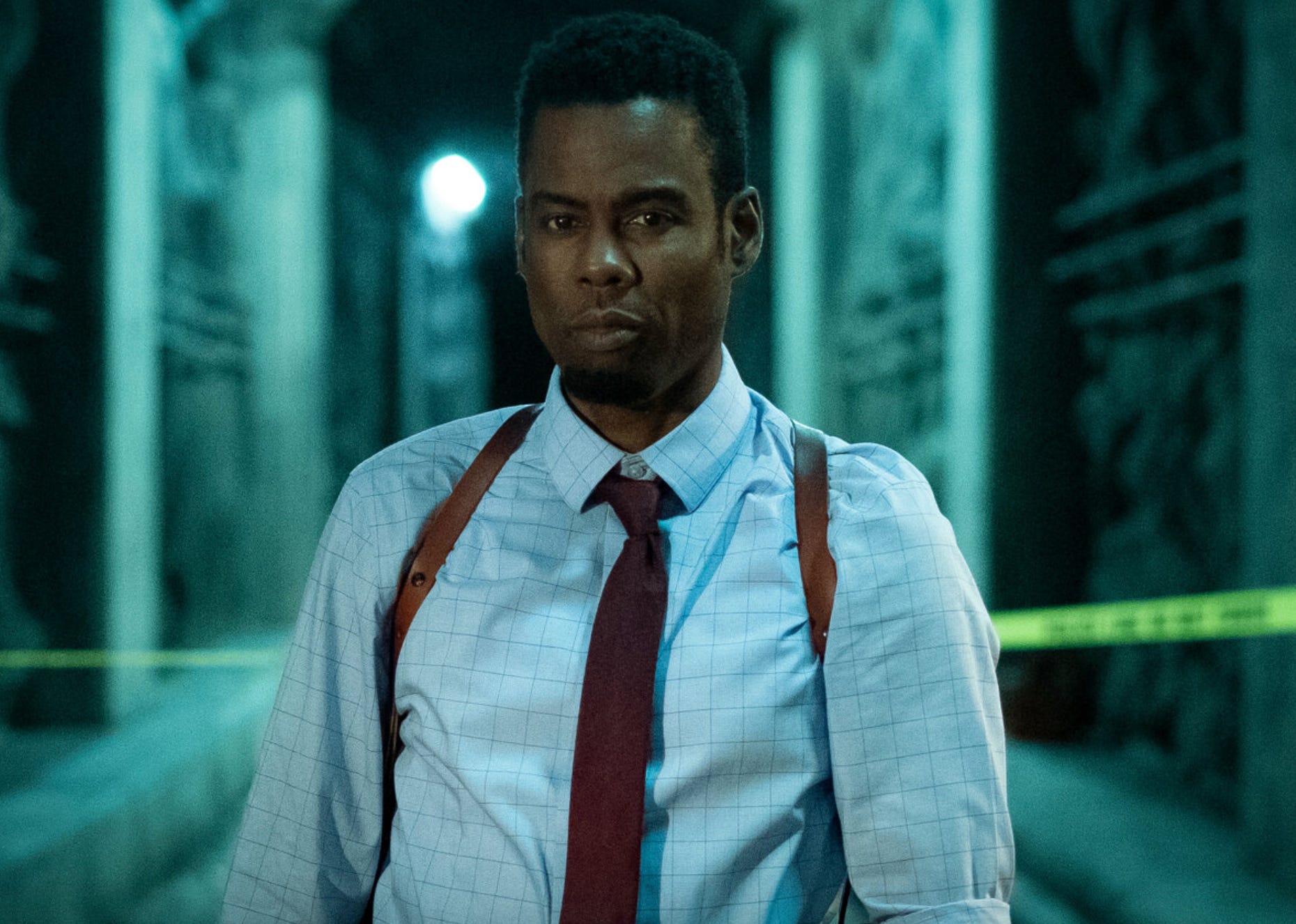 "I don't think any of us knew when 'Saw II' came out what it would do," said "Spiral" director Darren Lynn Bousman, who also directed "Saw II," "III," and "IV." "It wasn't a franchise at that point. It wasn't until 'Saw II' made money that the intensity started."

"Saw II" made $153 million worldwide off of a $4 million budget, showing that the first film wasn't a fluke.

"You can't have a franchise unless the second movie works," Constantine said.

While the franchise hit its stride with the early films, it hit a slump with "Saw VI," which underperformed compared to the previous entries with $72 million globally. The next film in 2010 was dubbed "Saw: The Final Chapter" – but turns out, it wasn't. The seventh film got the series back on track with $136 million, but the franchise took a hiatus until the eighth movie, "Jigsaw," in 2017.

After "Jigsaw," the producing duo were developing a "Saw" prequel of sorts with Bell, the Jigsaw actor, when Chris Rock pitched his idea for what would become "Spiral."

"With the first movie we tried doing a a lot more psychological horror, like 'Seven,'" Koules said. "As the movies went on they got a lot more rough. Then Chris came along and said he wants to do '48 Hours' meets 'Seven.' We were really excited because we wanted to get back to the psychological aspect."

Rock's pitch was intriguing enough to lure Bousman back to direct.

"'Spiral' was a completely different beast for me," he told Insider. "It's been 14 years since I made a 'Saw' movie. My hope was that we would do something that was unique. With people like Chris and [Samuel L.] Jackson attached, we didn't want to just rehash the same movie."

"Spiral" has topped both weekends at the domestic box office it's been in theaters, but the pandemic has held it back.

"The pandemic forced every distributor to think about multiple options for every movie on their release slate," Constantine, the Lionsgate exec, said. "We wanted the opportunity for Spiral to be in theaters for an exclusive amount of time, but we're also still living in a period of time where some aren't vaccinated or not ready to go to a theater or their local theater isn't at full capacity."

The movie finally arrived exclusively in theaters on May 14 after a year-long delay and has earned $17 million domestically. The movie will hit premium video-on-demand services on June 1, much earlier than anticipated. It will debut on Lionsgate's streaming service Starz in October.

"From a financial standpoint, it's been nerve-wracking," Bousman said. "It's one of the first movies to usher people back. It's been surreal."

He added: "I don't think the success of 'Spiral' will be apparent until after it's out in the home … Going to a theater is almost a religious experience for me. It's cathartic, especially after the last year. That said, over the last decade, home entertainment has gotten so much better. People are now more comfortable [watching movies] in their own homes."

Koules and Burg said they are proponents of the theatrical experience, but are happy that more viewers who may not be comfortable returning to a theater will now be able to see the movie.

"We're grateful for the people coming out for 'Spiral' but if certain people aren't comfortable and want to watch it at home, that's great," Koules said. 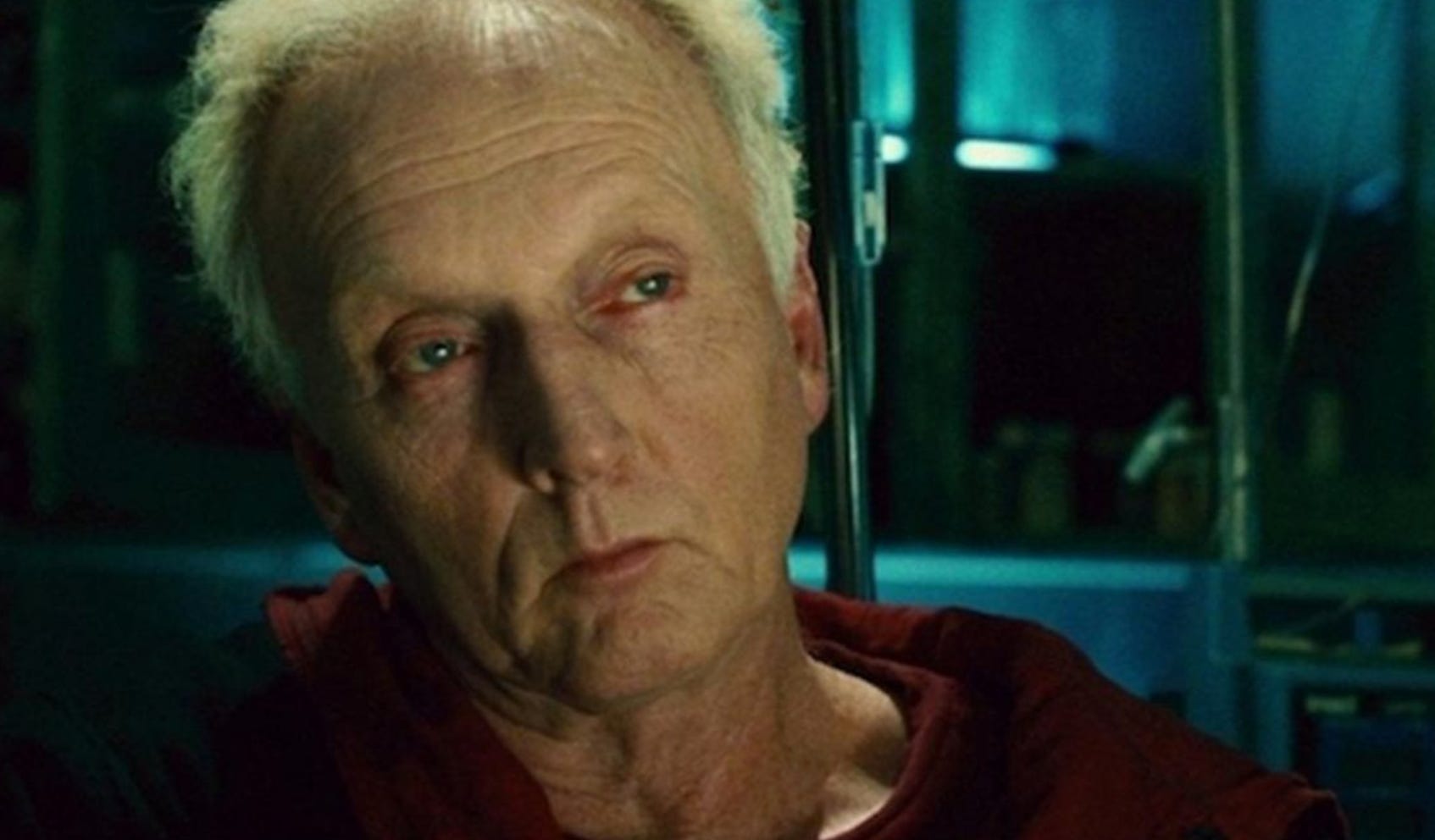 Tobin Bell as John Kramer aka the Jigsaw Killer.

Just because "Spiral" is finally out in the world doesn't mean Burg and Koules have stopped thinking about the future of the franchise.

They still plan to make that "prequel," which they described as a Jigsaw origin story that would be set "somewhere in the early 'Saw' movies where Jigsaw is still alive," after the first film but before the third.

"We don't want to say too much about it because ultimately we may do another 'Spiral' before that movie," Burg said. "That decision will get made when we sit down with Lionsgate [this summer] and ask the best way to satisfy our fanbase."

They expect that both movies will eventually get made (though Lionsgate has yet to officially greenlight anything). But is "Saw" a strictly cinematic experience? Maybe not quite. The producers are open to exploring TV.

"We've talked about for at least the last 10 years doing TV," Koules said. "I think the evolution of TV has got us thinking. If we could figure out a way to do a great show, it's something we would do and that would be something else from the 'Book of Saw.' We'll probably do an OG 'Saw' or another 'Spiral' and then talk about TV."