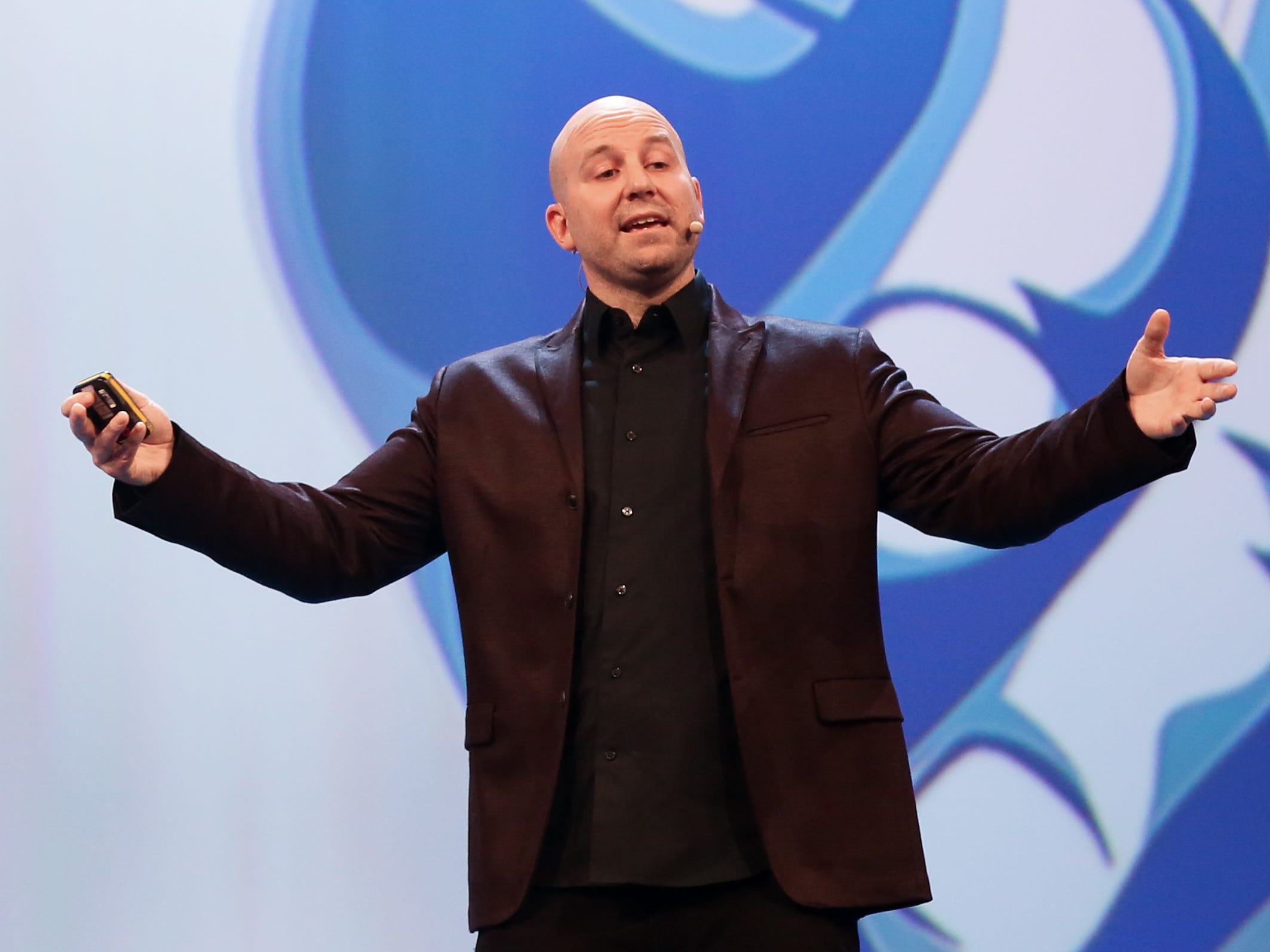 Andrew Bosworth is a key executive at Meta, the company formerly known as Facebook.
Bosworth will become CTO of Meta next year and will play a key role in its metaverse ambitions.
He has been at the company since 2006 and has become one of Mark Zuckerberg's key lieutenants.

Andrew Bosworth, also known as "Boz" inside the company formerly known as Facebook, is lined up to play a key role in the tech giant's future.

Facebook announced in October it was rebranding as Meta, a new parent company that encompasses two major businesses. The first is Facebook's traditional business of social media, the second is Reality Labs – which Meta hopes will build out CEO Mark Zuckerberg's ambitions of turning it into a "metaverse company."

Not only does Bosworth head up Reality Labs, next year he is set to become the chief technology officer (CTO) of Meta.

Here's what you need to know about Andrew Bosworth:

Bosworth told The Los Angeles Times he resided on a horse ranch and vineyard in Santa Clara County, California.

In the 2011 interview, he said his family have lived on the ranch since 1891, and he has tattoos of California, a grizzly bear, and golden poppies tattooed on his right forearm.

Bosworth studied computer science at Harvard, where he met Mark Zuckerberg in an artificial intelligence class in 2004. 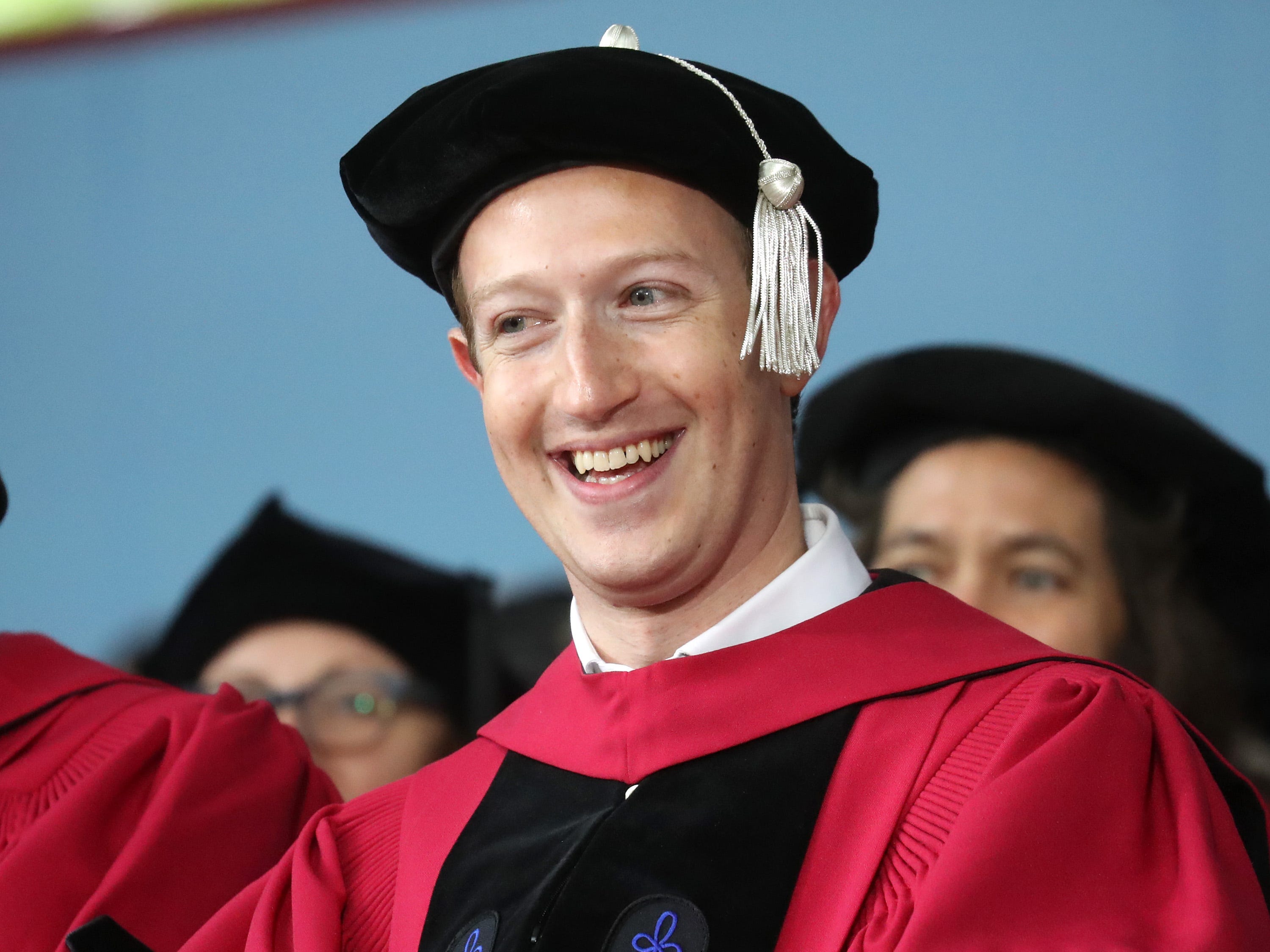 Mark Zuckerberg, Harvard dropout, pictured at the Harvard University commencement in Cambridge, MA on May 25, 2017.

“He didn’t attend my lessons as often as most of my students, but to be fair he was quite literally building Facebook at the time,” Bosworth told The Los Angeles Times.

Mark Zuckerberg dropped out of Harvard during his sophomore year in 2005 to focus on Facebook full-time.

Bosworth left university and briefly worked at Microsoft. He started working for Facebook in 2006.

In a 2021 interview with The Verge, Bosworth said his brief time at Microsoft taught him a lot about “professional software development and management.”

He recalled to The Verge that when he joined Facebook, there were roughly 15 engineers working at the company. Bosworth added there are only five or six employees who have been at Meta longer than he has.

Bosworth was responsible for building the Facebook’s first News Feed. 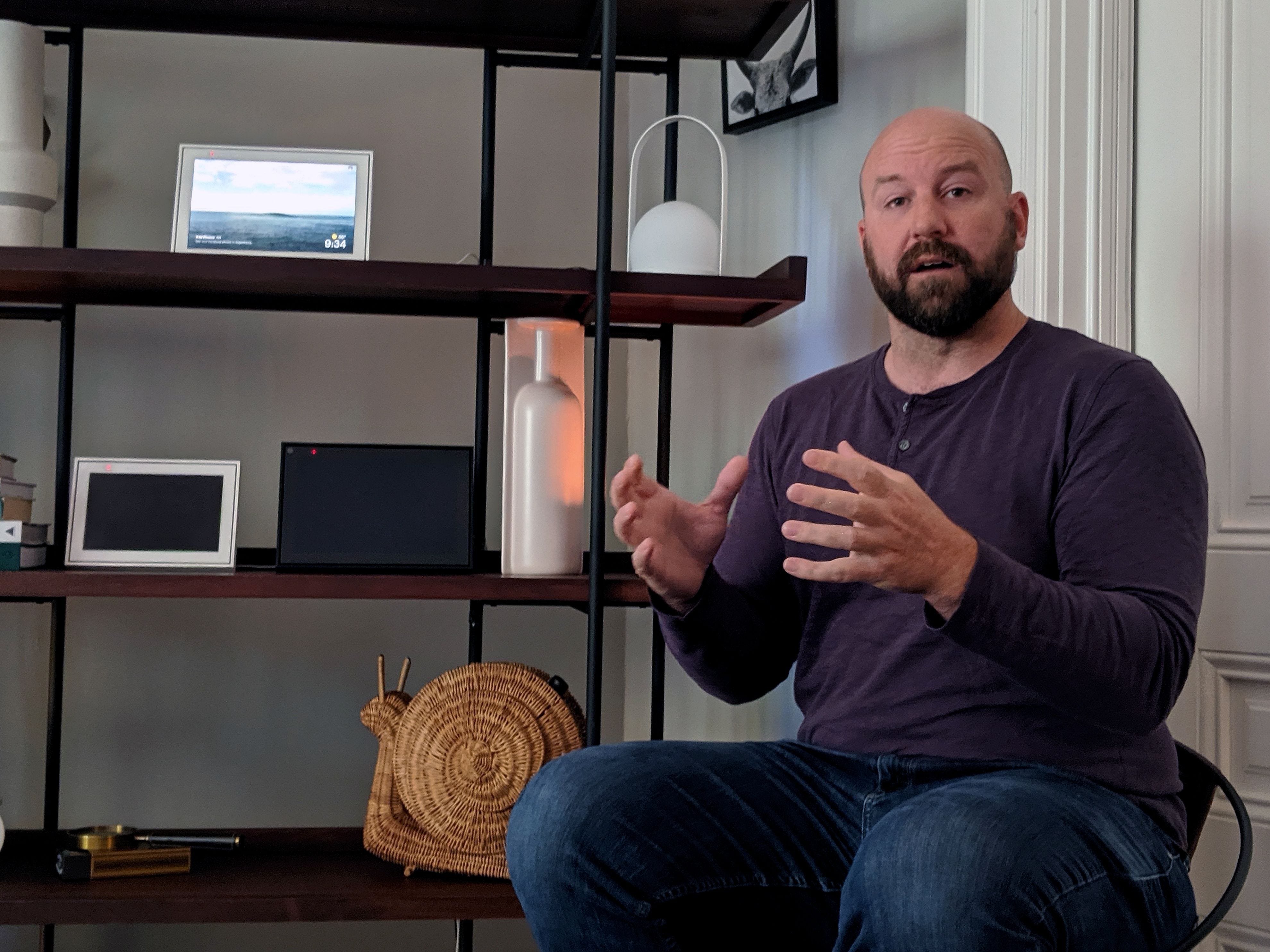 “I built all the AI, the ranking, and we built the first, as far as I know, the first ranked content feed, and I built all the rank and the AI behind it,” Bosworth told The Verge.

“It consumed me more fully than anything in life had ever consumed me,” Bosworth told The Los Angeles Times in 2011.

Bosworth also told The Los Angeles Times that the News Feed was initially met with a backlash from users, who found it too intrusive.

“That passionate outpouring of sentiment, much of it negative, was being fueled by News Feed itself. That’s when I realized how big the opportunity was at Facebook. I would have preferred a fan group to a protest group, but the fact that people felt that passionately about the product at all was very humbling and eye-opening,” Bosworth said.

As Bosworth’s career at Facebook progressed he went on to lead teams that built products,  including Facebook Messenger and Groups.

In 2012, Bosworth took what was supposed to be a six-month sabbatical from the company – but instead he took over its ads business.

In a 2015 interview with Wired, Bosworth said six months ahead of the planned sabbatical in 2012 Zuckerberg asked him to figure out a way to monetize ads on mobile.

“[Zuckerberg] was like: ‘There are at least four billion-dollar opportunities on mobile in the next six months. You can unlock one or two. And then you can go on your vacation.’ That’s an insane thing to say. But I was like: ‘Why not?'” Bosworth told Wired.

Two days before Bosworth was supposed to go on his sabbatical, Zuckerberg asked him to head up engineering for all Facebook’s advertising products, and Bosworth accepted.

Bosworth ended up taking a two-month trip and then tacked on some extra time off at the end of the year. ” I just kept taking it by halves,” he told Wired.

He has been running the company’s consumer hardware division – now called Reality Labs – for the last four years. 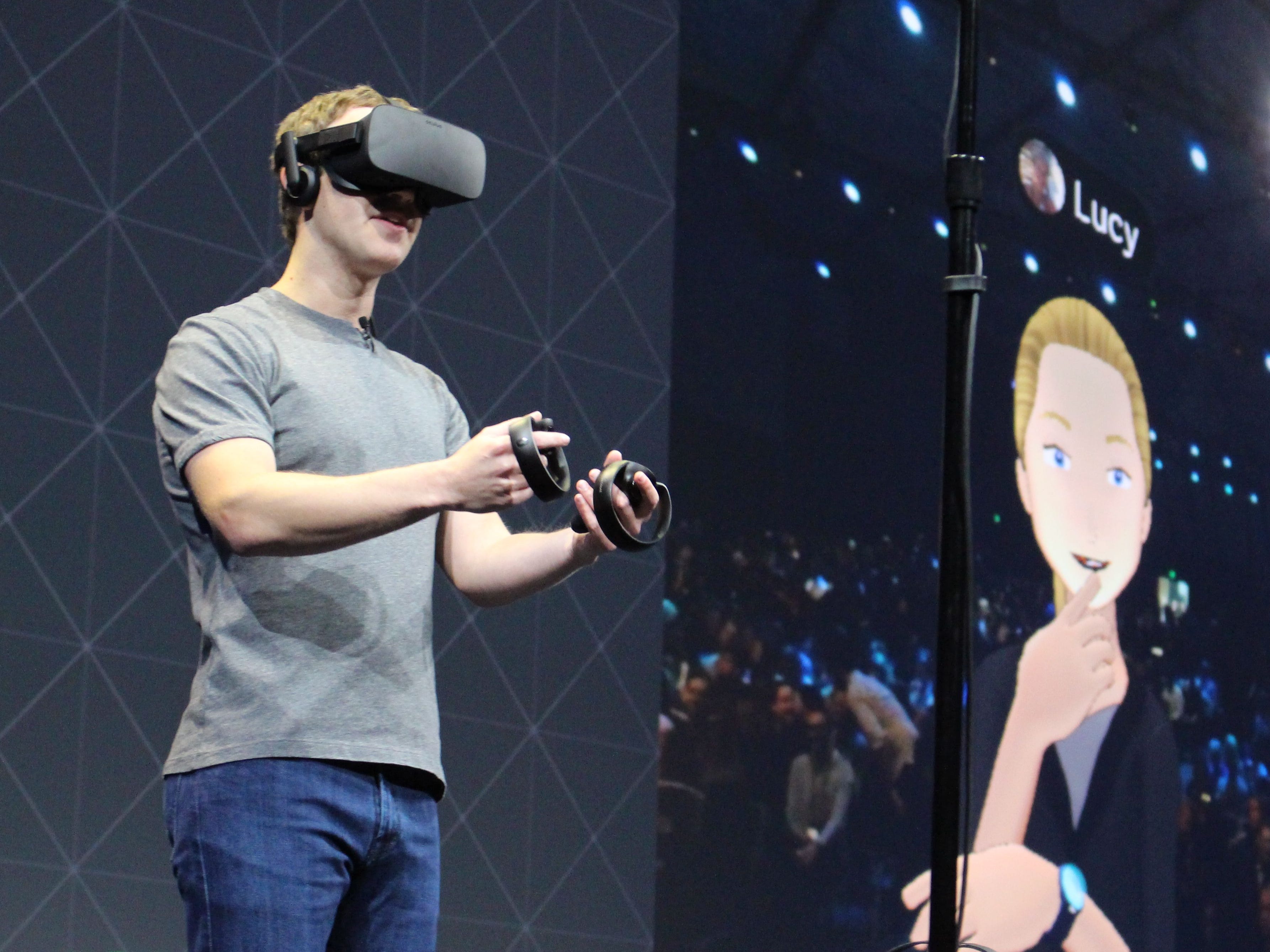 Facebook CEO Mark Zuckerberg on stage at an Oculus developers conference in 2016.

Reality Labs has undergone many name changes, having been called simply AR/VR, then Facebook Reality Labs, and now Reality Labs.

Reality Labs has been responsible for producing Facebook’s hardware products, including the video-calling device Facebook Portal and the Oculus VR headset.

Protocol reported in July on recall documents which indicated Facebook had sold 4 million Oculus Quest 2 headsets in the US alone since its launch in September 2020.

Bosworth announced alongside the wider Meta rebrand in October that the Oculus brand will be sunsetted. From 2022, the Oculus Quest headset will be named the Meta Quest.

Reality Labs is set to be an integral part of Meta’s metaverse ambitions. 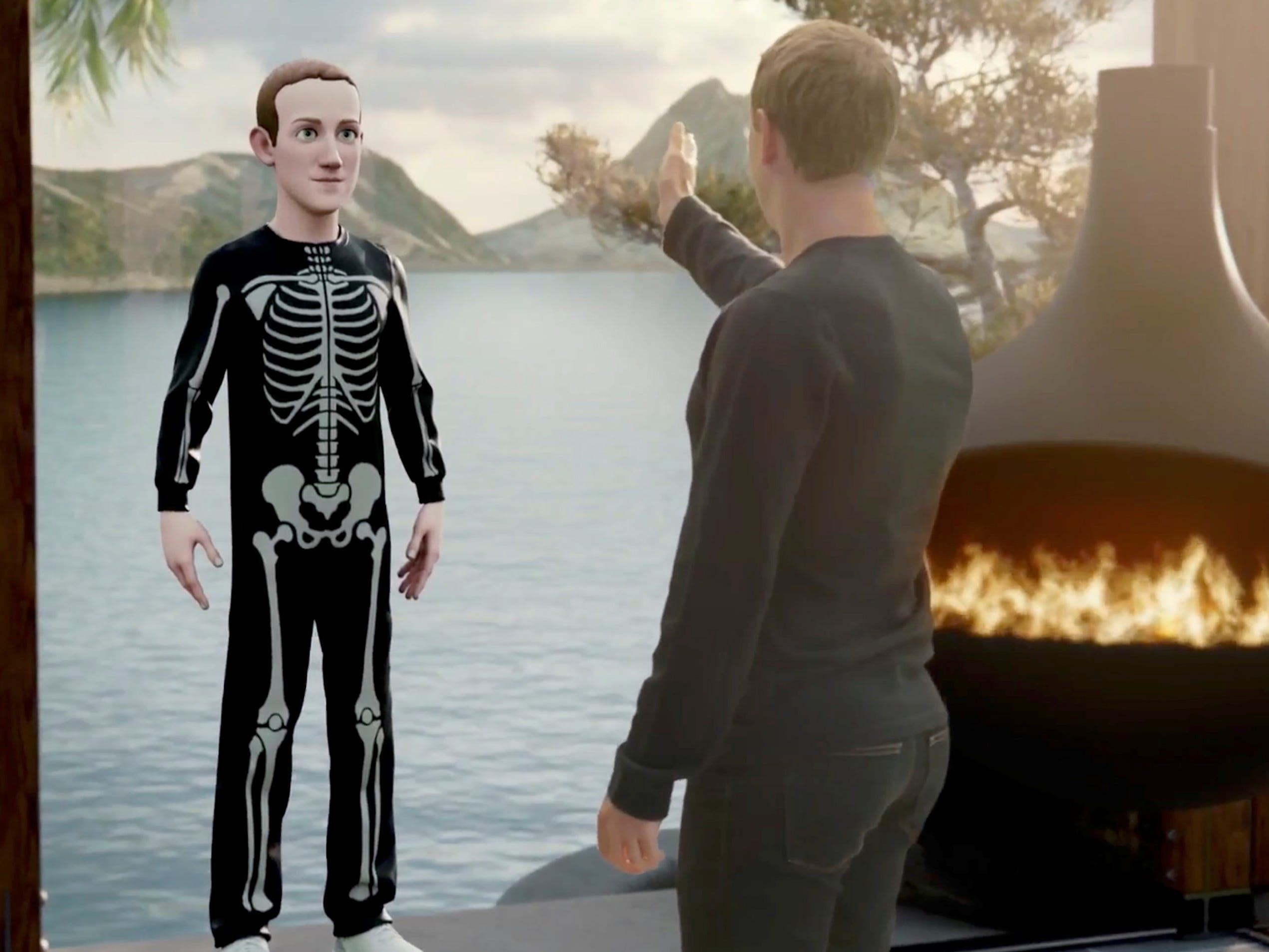 Facebook CEO Mark Zuckerberg shows off his vision for the metaverse during Facebook's Oculus Connect conference on October 28, 2021.

When Zuckerberg announced the formation of Meta as Facebook’s new parent company in October, he said the business would be split into two strands. The first is Facebook’s Family of Apps, its traditional social media business, which encompasses its Facebook app, Instagram, and WhatsApp.

The second and more metaverse-centric strand will be Reality Labs.

“From now on, we’ll be metaverse first, not Facebook first,” Zuckerberg said during the company’s announcement of its rebrand.

The word metaverse is a term borrowed from science-fiction. It refers to a future version of the internet, which people access using technology such as virtual-reality and augmented-reality headsets, rather than screens on phones and laptops.

Under Bosworth’s stewardship Facebook launched a smart glasses product together with Ray-Ban. 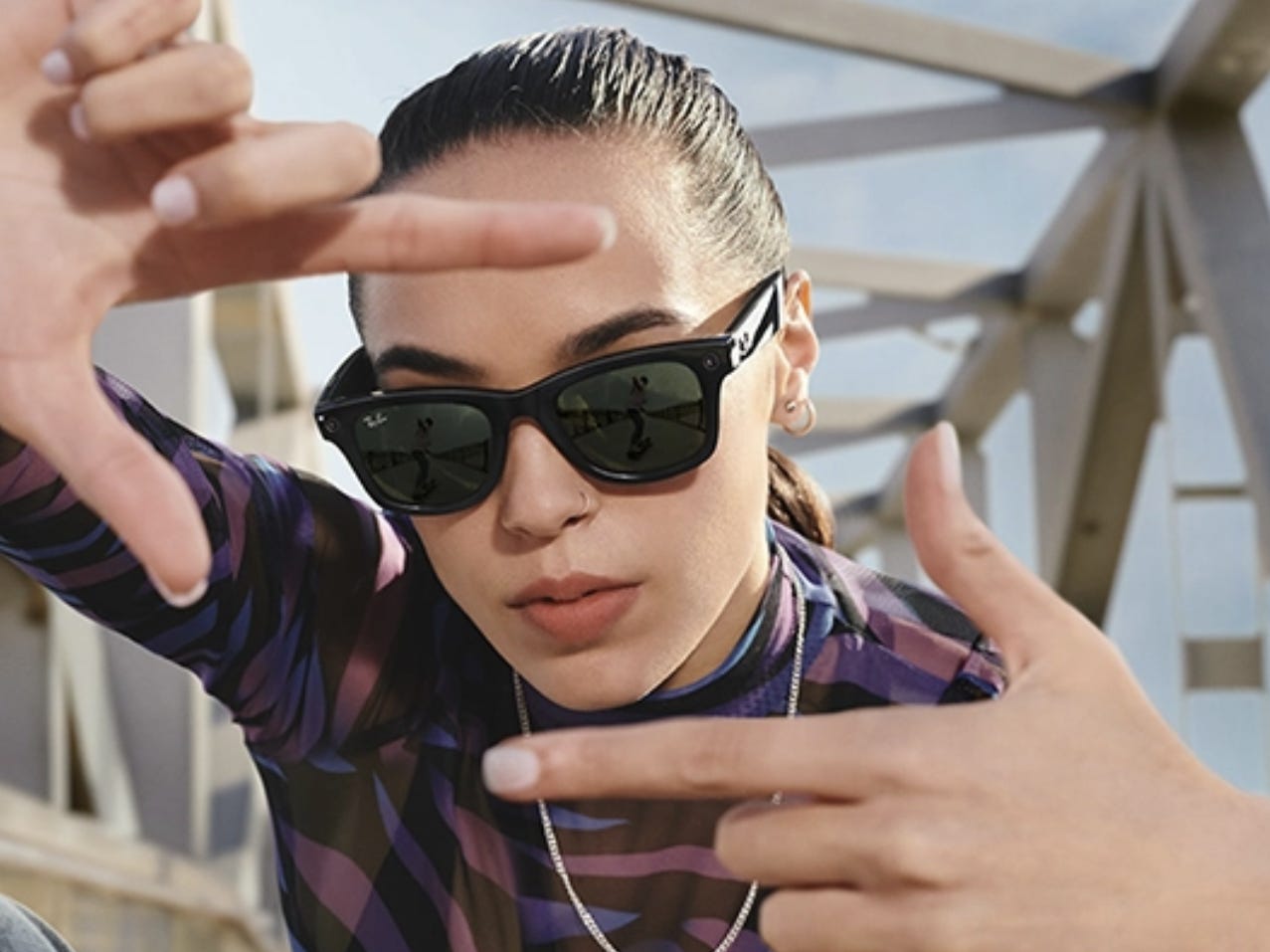 The $299 “Ray-Ban Stories” glasses launched in September 2021, and allow users to capture photo and video.

Bosworth shared a video taken with his own Ray-Ban Stories ahead of the product launch,  which included footage of himself repeatedly throwing pillows at Mark Zuckerberg.

In September 2021, the company announced Bosworth will take over as chief technology officer in 2022. 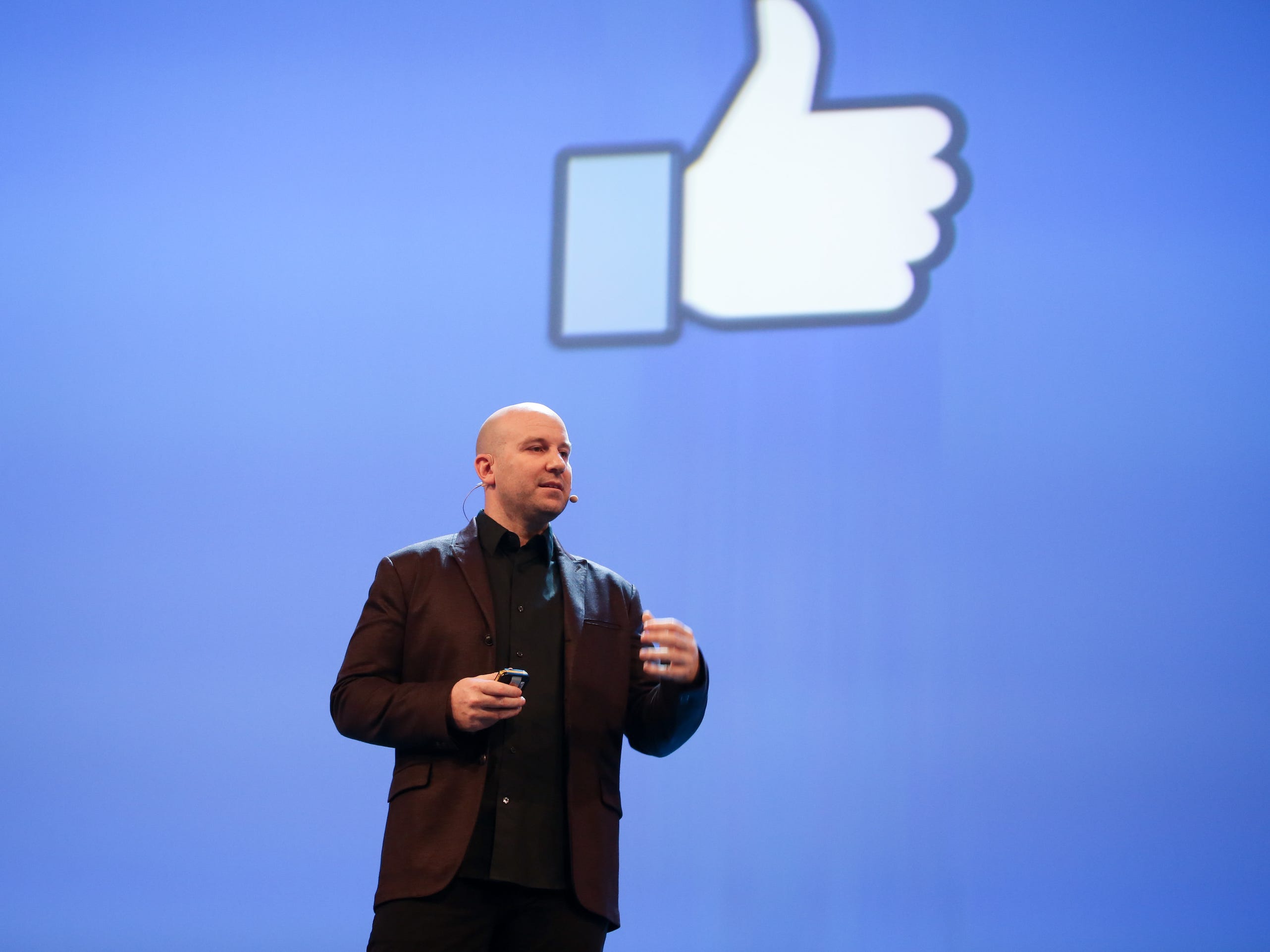 Andrew Bosworth at the 'Online Marketing Rockstars (OMR)' fair at the fairgrounds in Hamburg, Germany, 3 March 2017

“These contributions are foundational components of our broader efforts to help build the metaverse,” Schroepfer said.

Zuckerberg echoed this in a statement on Facebook’s blog.

“As our next CTO, Boz will continue leading Facebook Reality Labs and overseeing our work in augmented reality, virtual reality and more, and as part of this transition, a few other groups will join Boz’s team as well. This is all foundational to our broader efforts helping to build the metaverse, and I’m excited about the future of this work under Boz’s leadership,” Zuckerberg wrote.

Bosworth has sometimes proved a controversial figure inside Facebook. 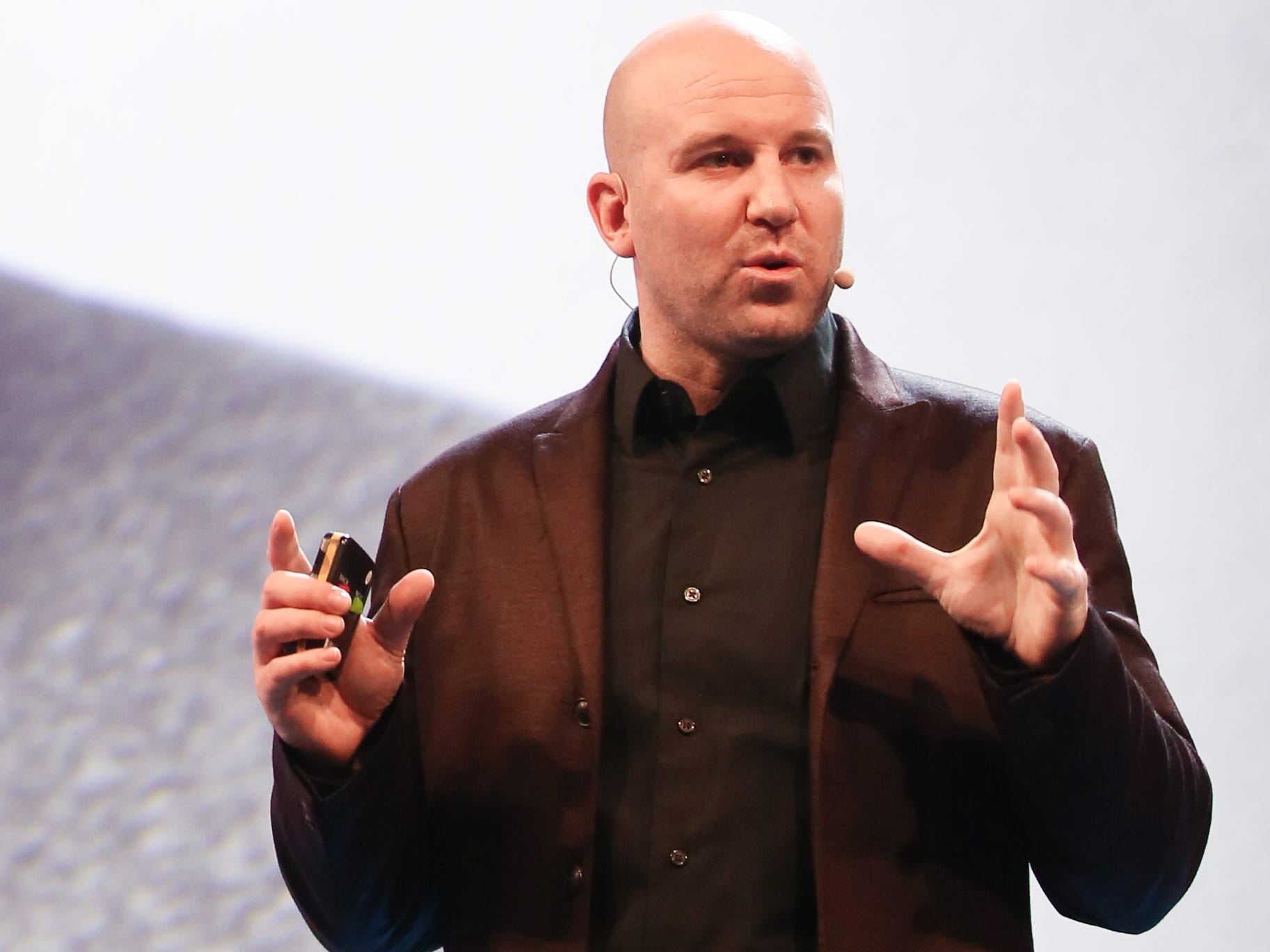 Bosworth made headlines in 2018 when BuzzFeed published an internal memo he had sent around two years previously. The memo was entitled “The Ugly,” and in it, Bosworth appeared to justify any number of horrible things happening on Facebook, so long as the company continued to grow.

“The ugly truth is that we believe in connecting people so deeply that anything that allows us to connect more people more often is *de facto* good. It is perhaps the only area where the metrics do tell the true story as far as we are concerned,” Bosworth wrote in the memo.

“That isn’t something we are doing for ourselves. Or for our stock price (ha!). It is literally just what we do. We connect people. Period,” he added.

“Boz is a talented leader who says many provocative things. This was one that most people at Facebook including myself disagreed with strongly. We’ve never believed the ends justify the means,” Zuckerberg said.

During a committee hearing in front of Irish lawmakers in 2018, head of public policy at Facebook Ireland Nimah Sweeney also said Bosworth has a “reputation for posting provocative material to get a conversation going” inside the company.

“I think a lot of us would like to go back and hit delete before he ever managed to send that,” Sweeney added.

Documents leaked by whistleblower Frances Haugen showed that as recently as 2020, Bosworth was still writing memos about hate on Facebook’s platform.

Insider first reported on the August 2020 memo entitled “Demand Side Problems,” which was contained in a cache of documents released by Haugen.

In the memo, Bosworth appeared to question whether it was futile for Facebook to try to address hate speech on its platforms. Bosworth also posted the memo to his personal blog in early 2021.

“Online platforms don’t work on the supply side because they don’t control the demand side,” he added.

Alongside writing on his personal blog, Bosworth also hosts his own podcast called “Boz to the Future.”