As marketers, we’re taught that the more we research and plan, we improve our chances of getting our marketing right. But is getting it right always the right approach? By doing small, experimental campaigns and learning from them, we can refine our marketing along the way.

Customers know more than marketers do

Doing some preliminary market research is great, but as the old saying goes, “The proof is in the pudding.” Our customers will validate whether our marketing hits the mark or doesn’t.

Nivea, a German skincare company, launched a “White is Purity” campaign that went down in history as one of the biggest marketing flops ever! I don’t know the details of how this campaign came to be, but I would imagine there were a lot of discussions around a boardroom with people whose job titles began with “C” who thought they had a brilliant idea.

The “White is Purity” hit social media as part of a larger campaign launch in the Middle East. As you can imagine, there was a huge backlash from customers and the company quickly retracted the ads.

If Nivea had used an agile marketing approach, they still would have failed miserably with this messaging, but they would have probably failed faster and for a lot less money. With agile marketing, they could have tested the messaging with one channel and gauged customer reactions. They would have quickly learned that they missed the mark and could have switched gears before getting themselves into a public relations nightmare.

Unfortunately for Nivea, they learned the hard way.

It’s riskier to play it safe

In American culture, we’re taught in school at a young age that there is only one right answer and we’re scolded for getting something wrong. This mindset is also commonplace in corporate America where employees are fearful of failure.

As marketers, this play-it-safe way of thinking will not cut it in today’s digital world where consumers see thousands of marketing messages every day. We need to be able to free our teams up to experiment, to work in ways that they never have before and to reward learning as much as we reward getting it right.

With agile marketing, organizations embrace the idea of validated learning through quick marketing experiments. We get away from months and months of upfront planning and plan continuously and iteratively.

I’ve worked with a lot of leaders who don’t want to waste time letting the team experiment with new ideas and test them in the marketplace. They are so caught up with pre-promised deadlines and have committed their teams to more work than they can handle that experimentation and innovation can’t happen without other work falling through the cracks.

While it may seem expensive or wasteful to experiment, it couldn’t be further from the truth. It’s a lot less expensive to learn that our ideas are bad in a week or two and then having the ability to pivot.

I once worked at a large bank that got caught up in the never-ending planning loop, fearful to release anything that wasn’t perfect. The planning went on for years, costing them millions of dollars before ever getting anything into the hands of their customers.

How you can build in experiential learning

So now that you know that the best judge of your marketing is your customers, that it’s riskier to play it safe and wait until your marketing is perfect and that it’s cheaper to fail fast, what are you going to do about it? Here are a few ways that you can start building in experiential learning at your company.

1. Give the team a problem to solve

When you tell the team exactly how to work, it stifles innovation. Instead, give the team a problem and let them figure out how they’re going to solve it. For example you may say, “We need to build brand awareness among millenials with our new tennis shoes. I’d like you to brainstorm as many ways as you can to do this.”

It doesn’t matter if the ideas come from graphic designers, developers or copywriters. Everyone on the team should work together to help solve the problem.

2. Put ideas to the test

Give the team a set timeframe for working through their ideas, such as a week or two and then test the various ideas in the marketplace. Your customers will tell you which ones are working the best and which ones flop.

3. Keep iterating based on what you learned

Let’s say you ran 10 experiments and three performed really well. Take the top three and build upon them. Now you have validation that customers resonated with your messaging and you know for a fact, not a boardroom guess, that you’re on the right path.

Being a modern marketer is all about getting away from big bang campaigns and working in shorter, experiential ways that help bring us closer to what really resonates with our customers.

The post Here’s why experiential learning is better than being right appeared first on Marketing Land. 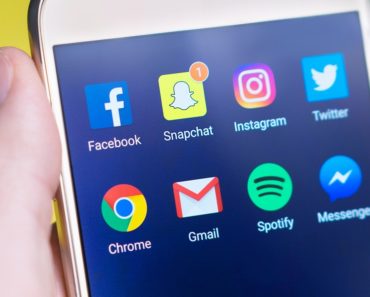