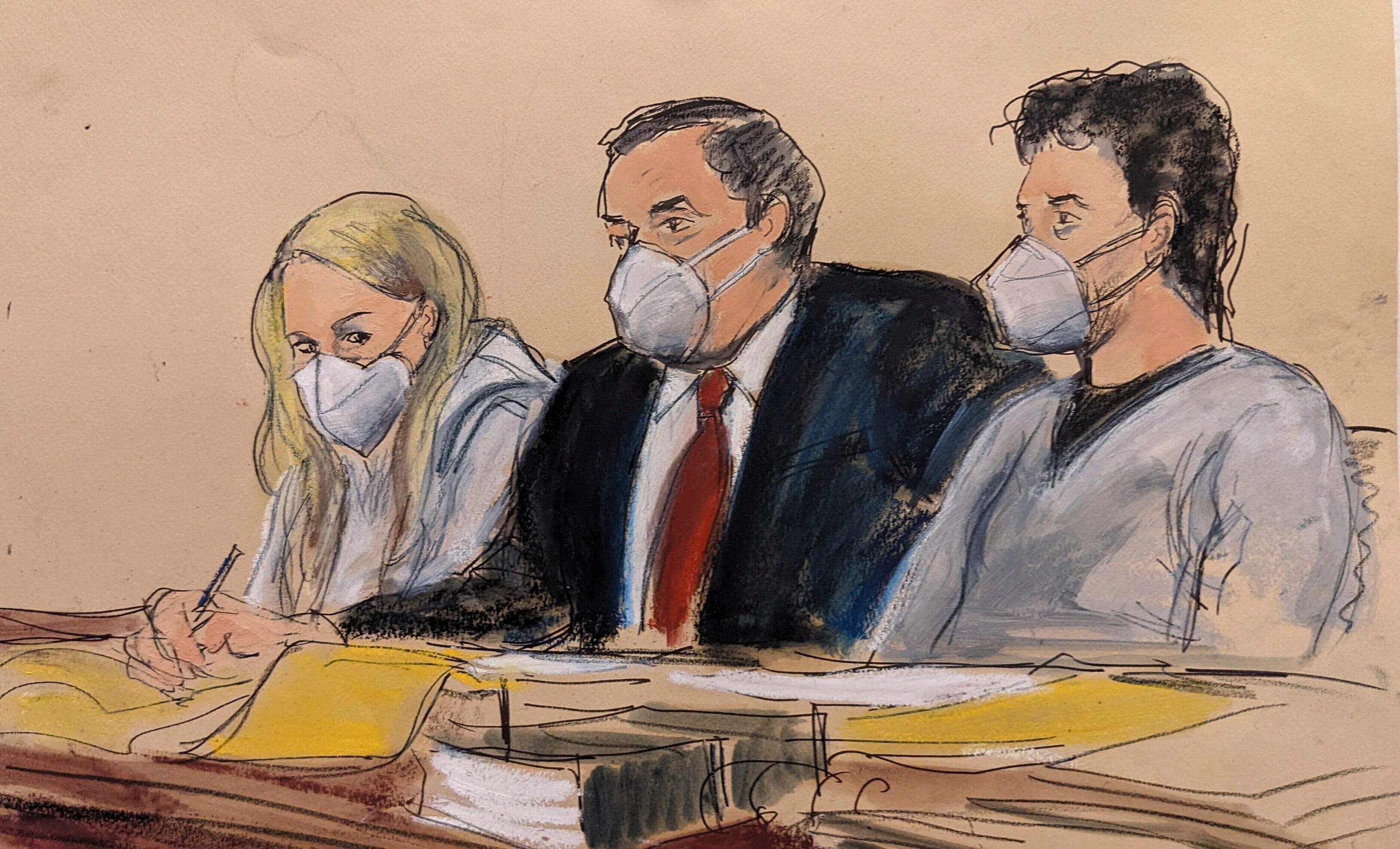 Heather Morgan and her husband Ilya “Dutch” Lichtenstein in court in connection with $4.5 billion bitcoin laundering

The New York couple accused of a scheme to launder $4.5 billion in bitcoin will be split up after a judge granted bail to wife Heather Morgan but not husband Ilya Lichtenstein.
The ruling came Monday as the couple appeared in a Washington, D.C. court for the first time since their arrest on February 8.
The judge compared the private keys to crypto wallets discovered in Lichtenstein's cloud storage to " the smoking gun."

Morgan, 31, and her husband Ilya Lichtenstein, were arrested on February 8 at their apartment in New York City on charges related to the 2016 hack of the cryptocurrency exchange Bitfinex.

The couple's Silicon Valley pedigree and Morgan's side hustle as a rapper with the pseudonym "Razzlekhan" has captivated the public's attention and shocked acquaintances, many of whom told Insider they could not imagine the quirky but otherwise unremarkable duo to be capable of pulling off the elaborate crime that prosecutors allege.

In a courtroom empty aside from lawyers and family members on Monday, the couple sat next to each other wearing green jumpsuits and respiratory masks in their first court appearance since the day of their arrest. As the judge handed down the ruling, Lichtenstein and Morgan passed a note to their lawyers, but otherwise the couple appeared to remain silent and calm for most of the 3-hour-plus court hearing.

Judge Beryl Howell said on Monday that private bitcoin keys discovered in an online account connected to Lichtenstein were the "electronic version of the smoking gun in his hand," rejecting arguments by the couple's lawyers about the strength of the evidence.

"I totally disagree with that ascertainment and description," the judge told the couple's lawyer earlier in the hearing. "It's not flimsy evidence."

In court documents filed last week, prosecutors described reams of evidence, including private keys to cryptocurrency wallets connected to the hack, as well as folders detailing fake personas, and shipping information for fake IDs ordered on the darkweb.

While searching the couple's home on January 5, US authorities also discovered hollowed-out books, 50 electronic devices, multiple hardware wallets, and a bag labeled "burner phone" as well as more than $40,000 in cash and "what appears to be a substantial amount of foreign currency," according to the filing.

Despite prosecutors' arguments that the couple presented a significant flight risk because of their ties to Russia and Ukraine however, the judge ruled Monday that Morgan could remain in her home with location monitoring until the trial.

Defense attorney Samson Enzer had argued during the hearing that Lichtenstein and Morgan remained in New York after the January raid on their apartment. "They did not run. They did not go anywhere," Enzer said. "They had the means to flee and a warning to flee but didn't flee."

The couple built a life in New York City, and recently renewed their lease for a year, Enzer said. They also froze embryos in New York, and "would literally be leaving their future behind if they left," he said.

The decision Monday partially reverses an earlier ruling by a magistrate judge in New York, who released Morgan  on a $3 million bond, and Lichtenstein  on a $5 million bond. They were each required to get five co-signers on their bond and post their parents' homes as security, in addition to being tracked electronically and forfeiting the use of smart phones. Morgan will be released under the same conditions.

At the hearing Monday, which members of the media watched on TV from a room down the hall, Lichtenstein and Morgan's defense lawyers argued that the Justice Department has not presented proof of the charges. But Judge Howell posited that that the private keys, found in a cloud storage account belonging to Lichtenstein, seemed like "pretty clear direct proof of the charges."

"I would say so, your honor," Pelker, a prosecutor, agreed.

"Sort of like the smoking gun?" the judge then asked.

Although law enforcement has seized the majority of the stolen funds, there are at least 24 virtual currency addresses linked to the 2016 hack that prosecutors believe are still in the couple's control. Law enforcement was not able to find the private keys in the online accounts for which a warrant was granted. Those 24 addresses contain approximately 7,506 BTC, which is currently valued at over $328 million.

The hearing was the first time that the couple, who married after getting engaged in 2019, signaled that they might not move forward in the case as a team. The defense attorneys argued that prosecutors did not have enough evidence against Morgan in particular to withhold her bail, and Judge Howell questioned whether the defense lawyers had potential conflicts of interest representing both parties.

A federal prosecutor said the Justice Department believes she was an "integral part of the scheme," in part because of her knowledge of economics and familiarity with cryptocurrency, and pushed against the notion that she was a "naive wife unwittingly coopted into her husband's scheme."

Prosecutors painted the picture in their court filings of a couple whose activities "appear pulled from the pages of a spy novel." For acquaintances of Morgan and Lichtenstein, the depiction of cloak-and-dagger tradecraft has been tough to reconcile with a young couple they describe as kooky startup entrepeneurs who were known for walking a leashed Bengal cat around town and frequently posting videos on social media.