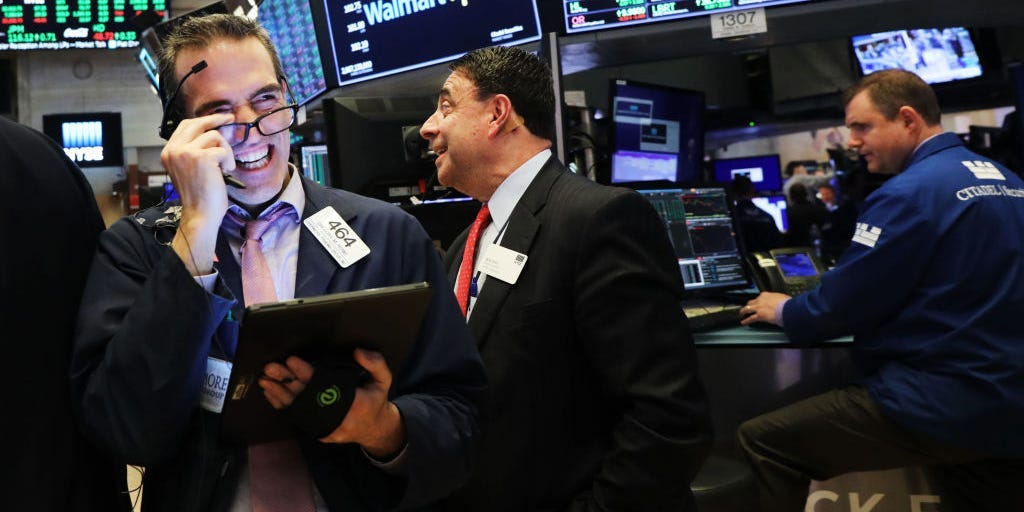 Global stocks rose on Tuesday as investors chose to focus on the slowing rate of coronavirus cases worldwide.
The key highlight for markets this week is the Labor Department's August jobs report on Friday.
China reduced online video game time for people under 18 to three hours each week.
Sign up here for our daily newsletter, 10 Things Before the Opening Bell.

Global stocks rose on Tuesday as investors chose to focus on the growth rate in new coronavirus cases continuing to slow around the world, and brushed aside weak business data from China.

Part of the market optimism has stemmed from Johns Hopkins University data that shows the global growth rate in cases has slowed from 9.4% to just 0.01% over the past five weeks, Deutsche Bank strategists said. The US has seen its slowest growth in cases since June, they added, to just under 8% from over 50% in a week last month.

The key highlight for markets this week is new data on the US labor market due Friday. Deutsche's US economists expect the pace of hiring to slow after a strong July report.

But an expected 700,000 increase in nonfarm payrolls should be more than sufficient to keep the Federal Reserve on track to announce tapering at its November meeting, Deutsche said. Additionally, they expect the US unemployment rate to fall to a post-pandemic low of 5.2%, from 5.4%.

Elsewhere in Asia, investor sentiment was somewhat dampened by weaker-than-expected Chinese data. The country's Purchasing Managers Index fell in August due to an imposition of lockdowns to curb the domestic breakout of COVID-19 cases, slowing exports, high raw-material prices, and regulatory changes.

As part of its tech crackdown, China announced on Monday online gamers under the age of 18 will be allowed to play for only an hour on Fridays, weekends, and holidays between 8 p.m. to 9 p.m..

Shares in Chinese game producers fell after the reduction in permitted play-time. NetEase fell about 3.3% in Hong Kong, while rival Tencent reversed earlier losses by the close.

"With a seemingly new intervention by the China government in a new sector each day, it is clear that regulatory risk is not going away anytime soon," Jeffrey Halley, senior market analyst at OANDA, said.

In Europe, investors are focused on inflationary pressures in the region. Data from France showed inflation rose more than expected in August, at the fastest rate in nearly three years.

Separately, the EU has recommended removing the US from its safe-travel list, while the US issued a do-not-travel advisory for many European countries. This hurt travel stocks. British Airways parent IAG fell over 3%, Air France lost 1.2%, and Lufthansa dropped 1.3%.

Oil traded slightly lower on Tuesday, but Commerzbank analysts said prices are unaffected by the prospect of reduced crude demand from US refineries in the wake of Hurricane Ida and the expansion of OPEC+ production.

However, UBS economists said oil markets are likely to become more vulnerable to such disruptions, as demand outstrips supply in a reopening global economy.

Gold mostly defended gains made on the back of Jerome Powell's Jackson Hole speech last week, edging 0.3% higher to $1,818 an ounce.