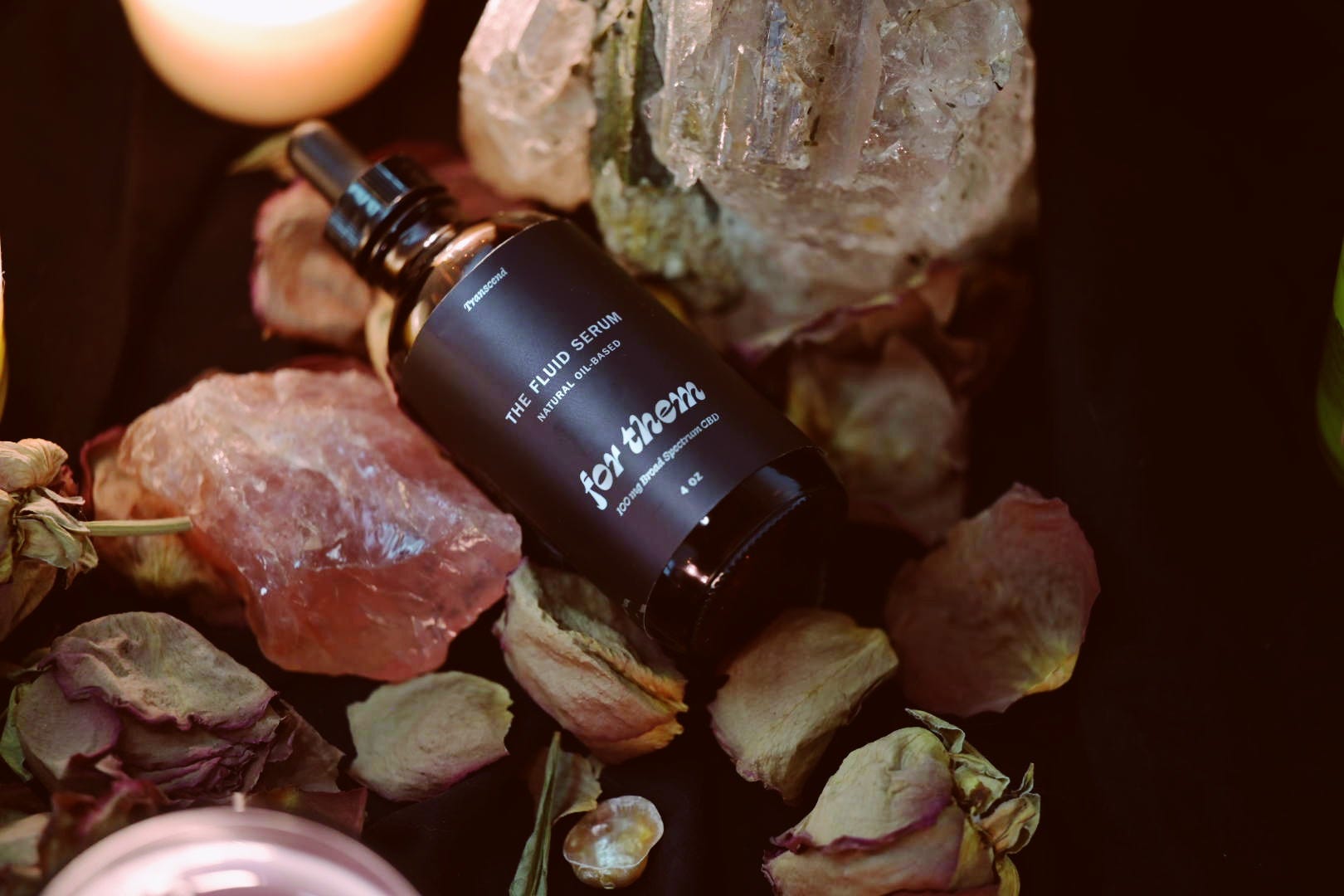 For Them's "The Fluid Serum."

When Chloe Freeman started wearing binders, they couldn't find one that fit all of their needs.
In November, Freeman founded a new queer wellness company called For Them to sell something better.
"The feedback that we're getting is just so overwhelming," Freeman told Insider.

But when Freeman, a nonbinary actor, began wearing binders — garments meant to flatten the appearance of a person's chest in alignment with their gender identity — they couldn't find one that provided the compression they needed without restricting their breathing or movement.

They were far from alone in their binding experience. 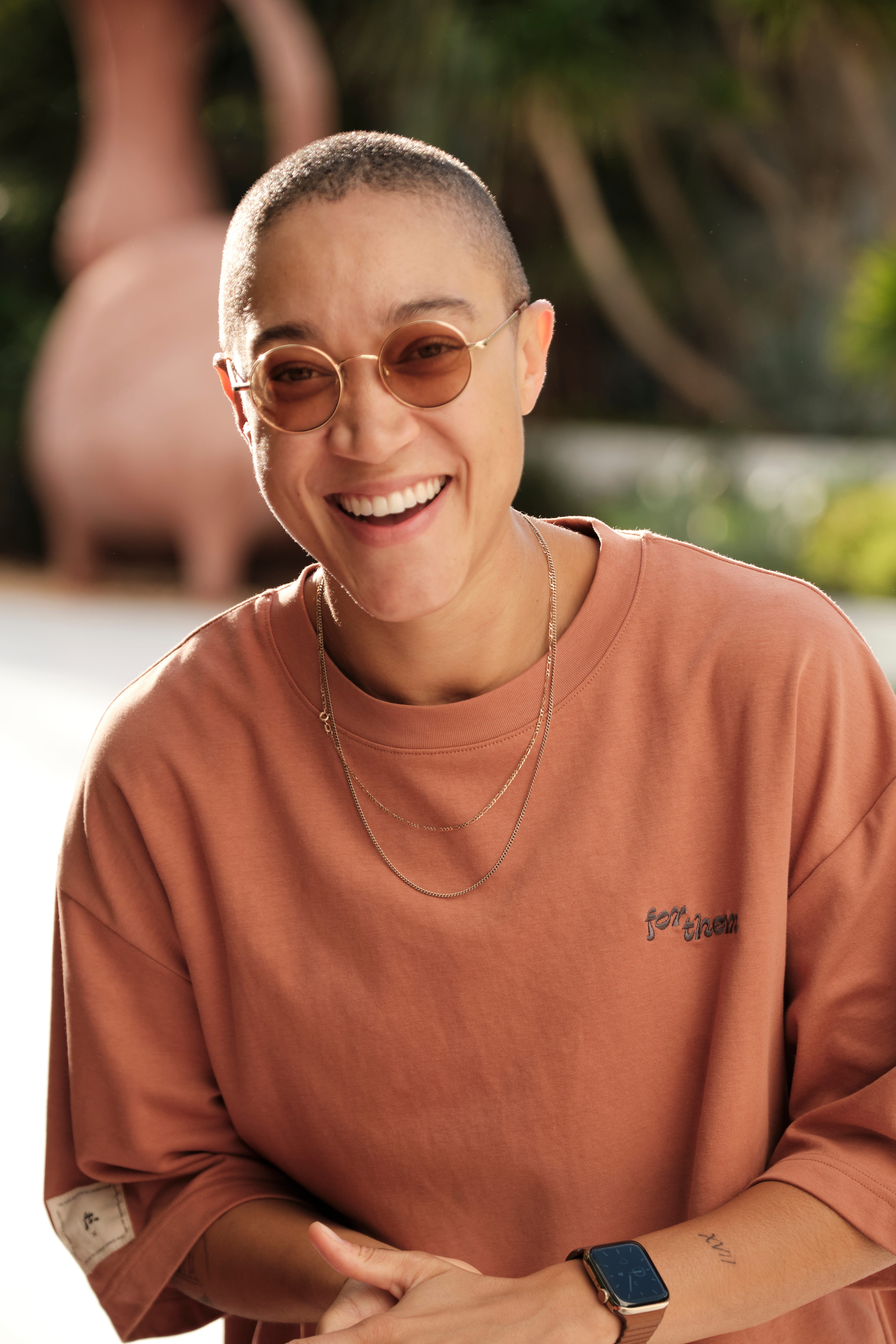 "Every person I spoke to in the community, from a binder perspective, had an issue," Freeman said. "There wasn't one person that I spoke to that said, 'It's perfect. I love it.'"

Since so many transgender and nonbinary folks couldn't find binders that met their diverse needs, Freeman decided they would put a new one on the market.

Freeman's company, For Them, launched in November with two products that hundreds of trans folks helped plan and design: the binder and a lubricant infused with cannabinol (CBD).

The products are designed directly in response to input Freeman received from the queer community online. Freeman knew what they wanted in a binder, but they wanted to hear from others about what they needed, too.

"I'm just one person," Freeman said. "I have one set of experiences. I just felt like I needed help." 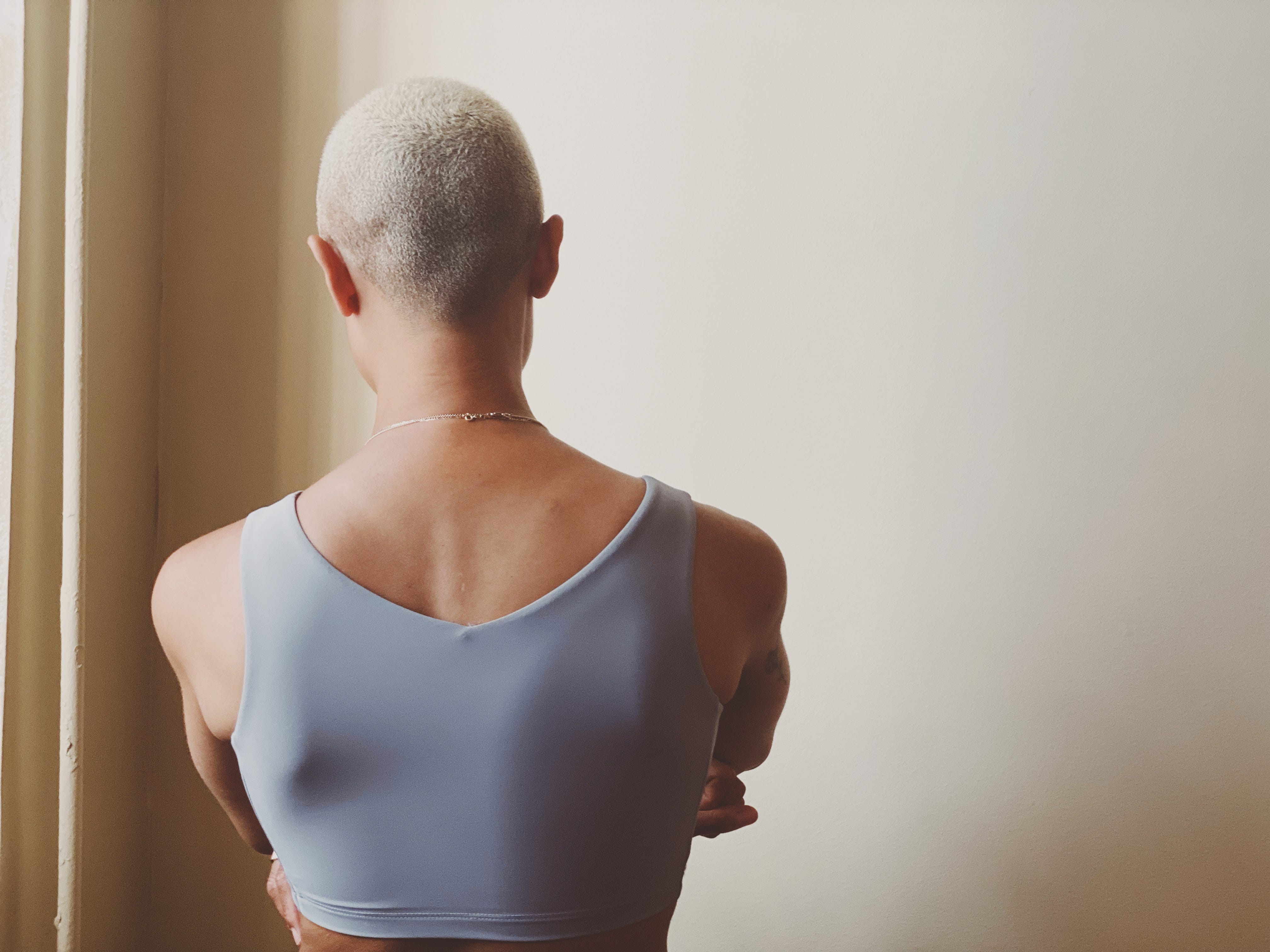 Through Facebook groups, Reddit threads, phone calls, and more, Freeman sought opinions on what products to create. Then, they asked for input on every iteration of the products.

They call this a "codesigning" process —  one that bridges the gap between business and customer in creating products guided by the community.

Many commercial products the queer community relies on to express their identities are created by companies that aren't LGBTQIA-led.

A 2017 study found that 97% of people who used binders reported at least one negative physical side effect, most commonly back pain, overheating, chest pain, and shortness of breath. Serious side effects like scarring and rib fractures can also occur, and a binder that doesn't fit well makes that much more likely.

Binding can ease gender dysphoria and improve folks' mental health and life satisfaction, but many people who bind say they don't feel like the garments were optimally designed for their bodies — as evidenced by the painful side effects that can limit their ability to wear binders over time. 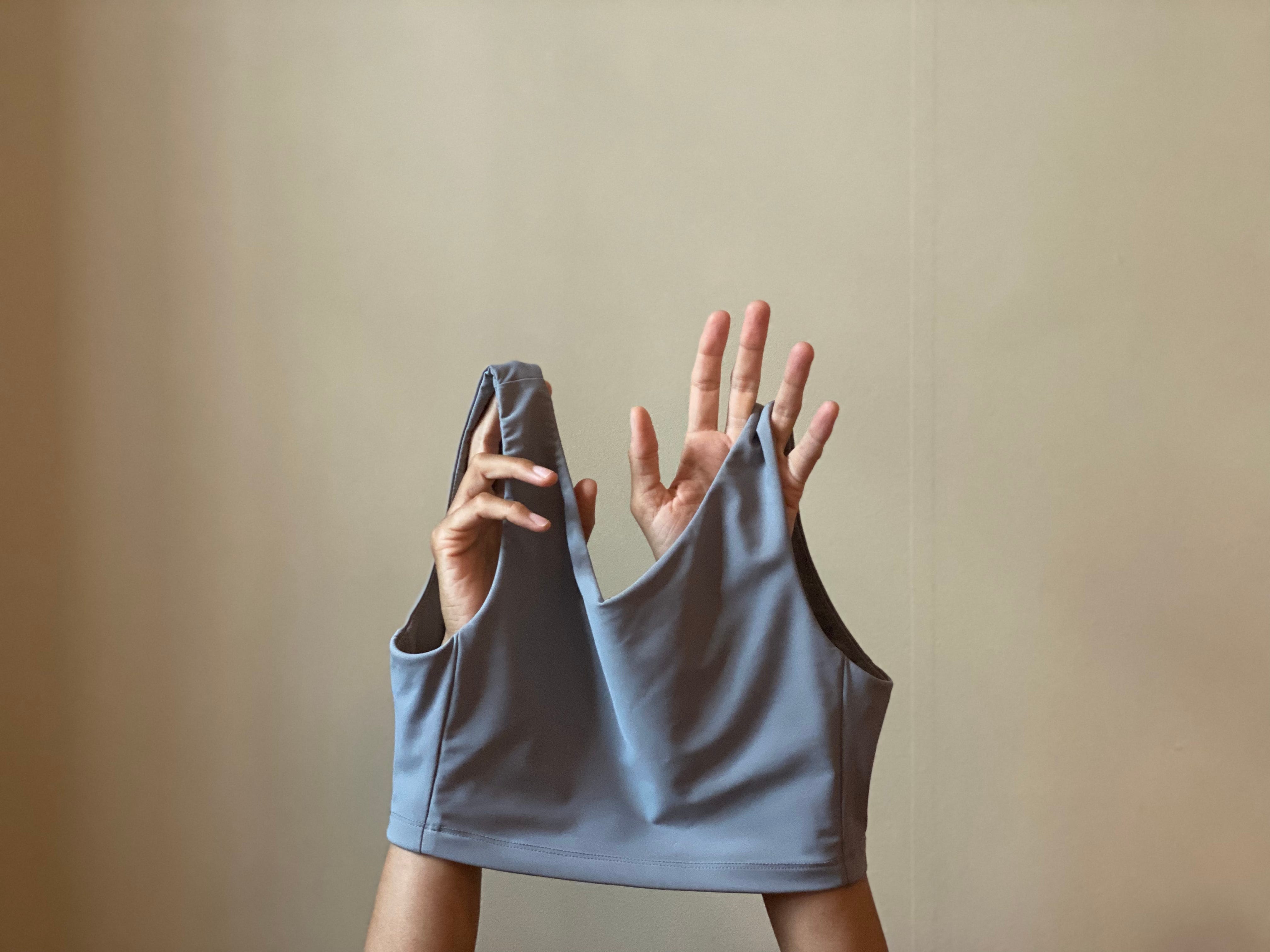 In contrast, For Them seeks to offer a radical shift from the world of products made for a community by corporations whose leaders don't share the experiences of that community. Freeman knows where most binders fail because they've personally worn binders, too.

"The feedback that we're getting is just so overwhelming," Freeman said. "I'm just so glad that [they're] feeling like I'm feeling."

For Them's binder consists of four compression panels, creating a breathable, flexible product that still compresses the chest, according to the brand. It's also reversible, so the wearer can choose from two necklines depending on the look they want.

Freeman said that For Them — and more than 500 of its customers — tested dozens of materials before deciding which fabrics to use in the final product. The binder is locally sourced and sewn in New York City by a women-run business.

It's mailed in sustainable packaging, and it comes in "every size," Freeman told Insider. They said rather than the traditional labeling nomenclature of small, medium, and large, the binder is sized by chest measurements. 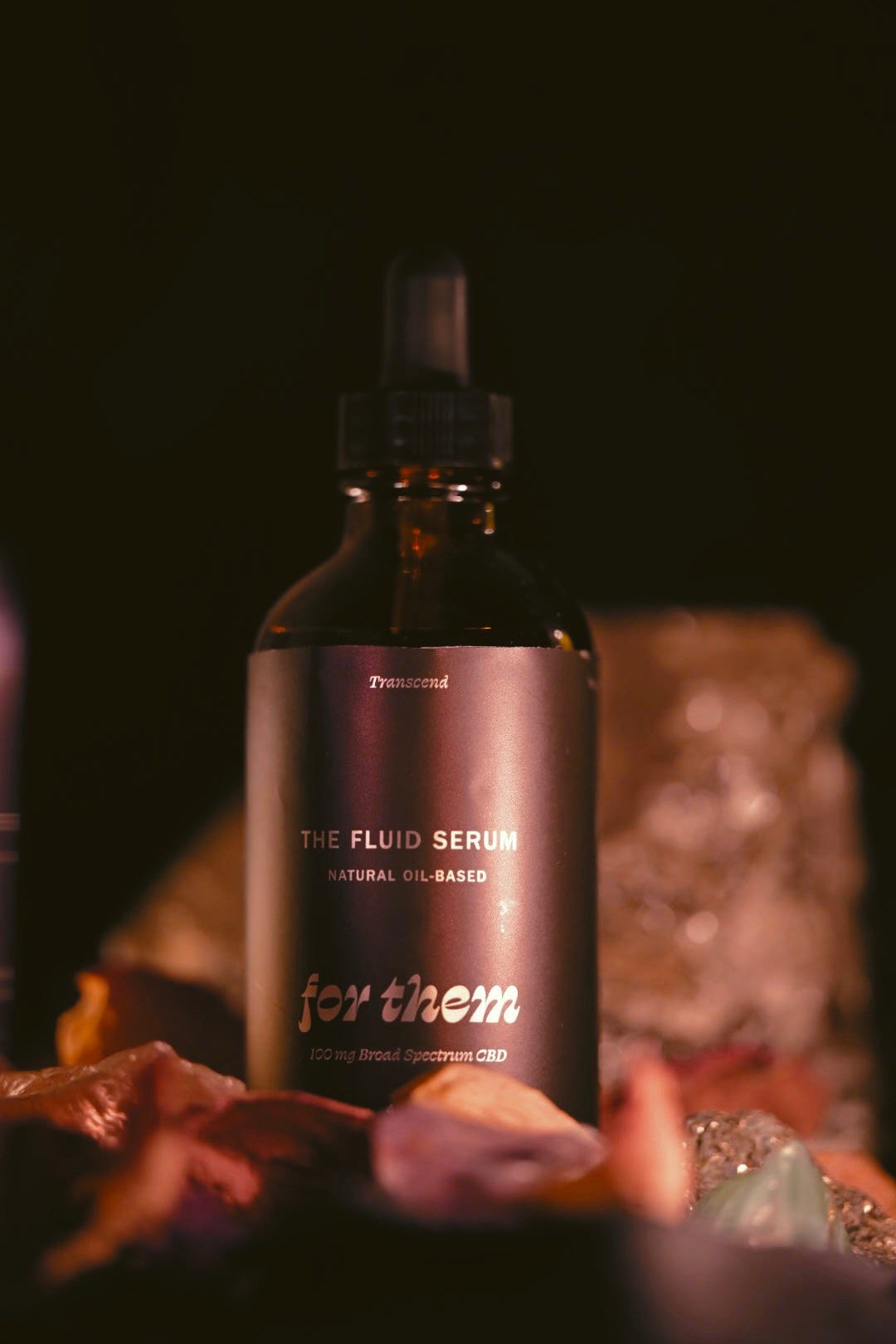 For Them's "The Fluid Serum."

Comfortable, gender-affirming garments like binders allow trans folks to safely present as themselves — and that, Freeman said, is a fundamental part of wellness. So is enjoying intimacy in the way that feels best.

That's where For Them's other product, a lubricant made with CBD and coconut oils, comes in. It's called Fluid Serum, a nod to queer concepts of gender and sexuality as "fluid."

"Queer and gender-expansive folks have sex in a multitude of ways," Freeman said. "We know that sex can be sex, and not include anything related to genitalia, so we wanted to build a product that spoke to the expansive nature of our community."

For Them's online community asked for a product that would enhance sexual experiences without having a list of ingredients they didn't recognize. CBD oil enhances the sensation, while coconut oil makes it comfortable to use anywhere on the body, according to the brand. 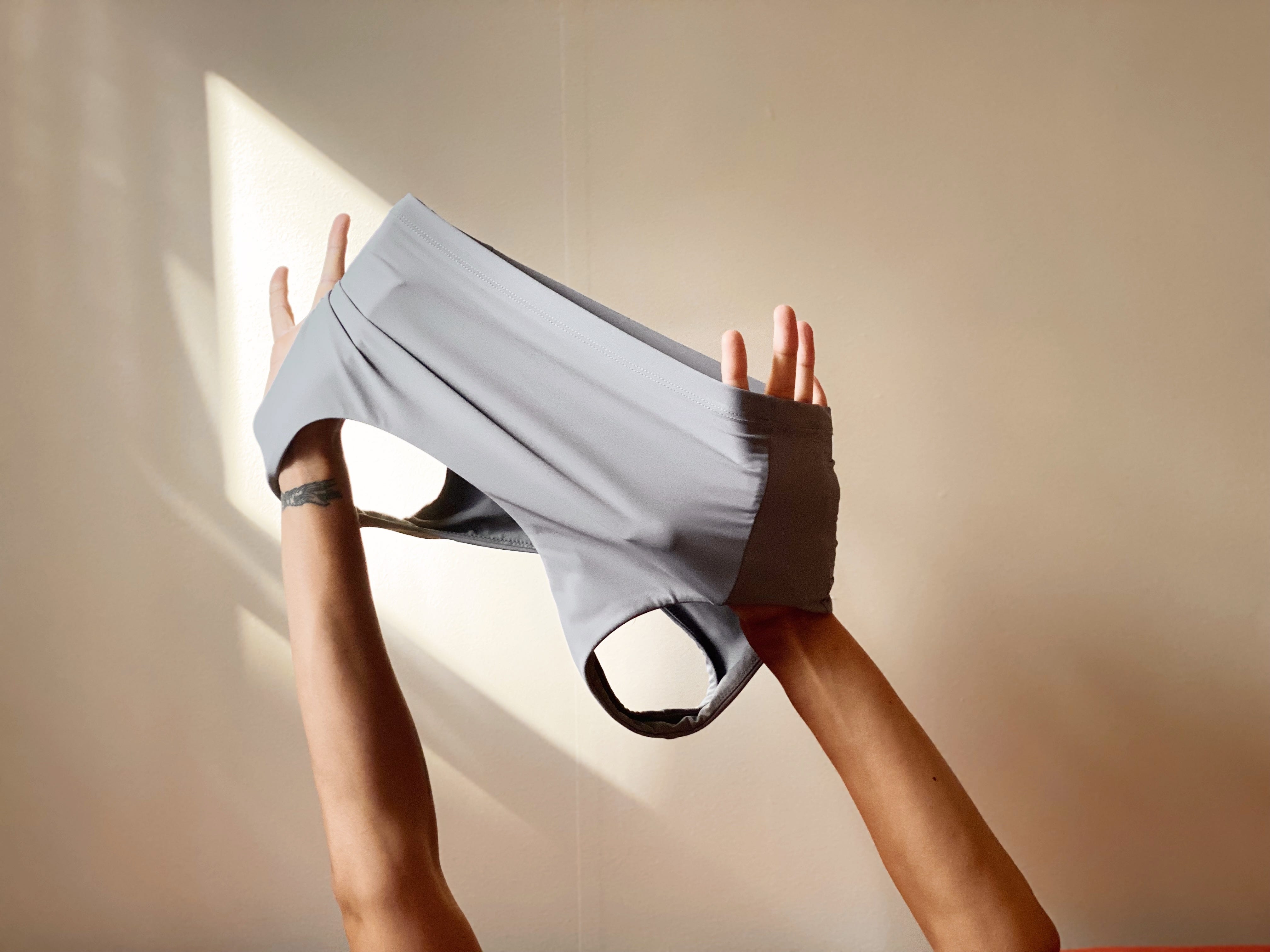 Conversations about what products the community needed happened largely online, Freeman said. Just before launching For Them, they created a server on the platform Discord.

Hundreds of LGBTQIA+ users gather daily via Discord to discuss everything from For Them's products to members' questions about gender-affirming surgeries. In fact, Freeman recently organized a question-and-answer session with a nonbinary doctor via Discord after members discussed issues accessing trans-informed medical care.

The server became much more than a hub for feedback on For Them's products; it morphed into a much-needed digital sanctuary that supports LGBTQIA+ folks of all ages, genders, races, and locations.

Importantly, it provides a space where members' experiences will be used to inform the creation of future products — products that Freeman hopes will help queer people live their most authentic lives.

"Our community is everything," Freeman said. "As for me, I'm just one person in this community, and we have a beautifully diverse community, and that's what I think is so wonderful about it. The masses will tell us where to go. That is our roadmap. That is our source of truth."