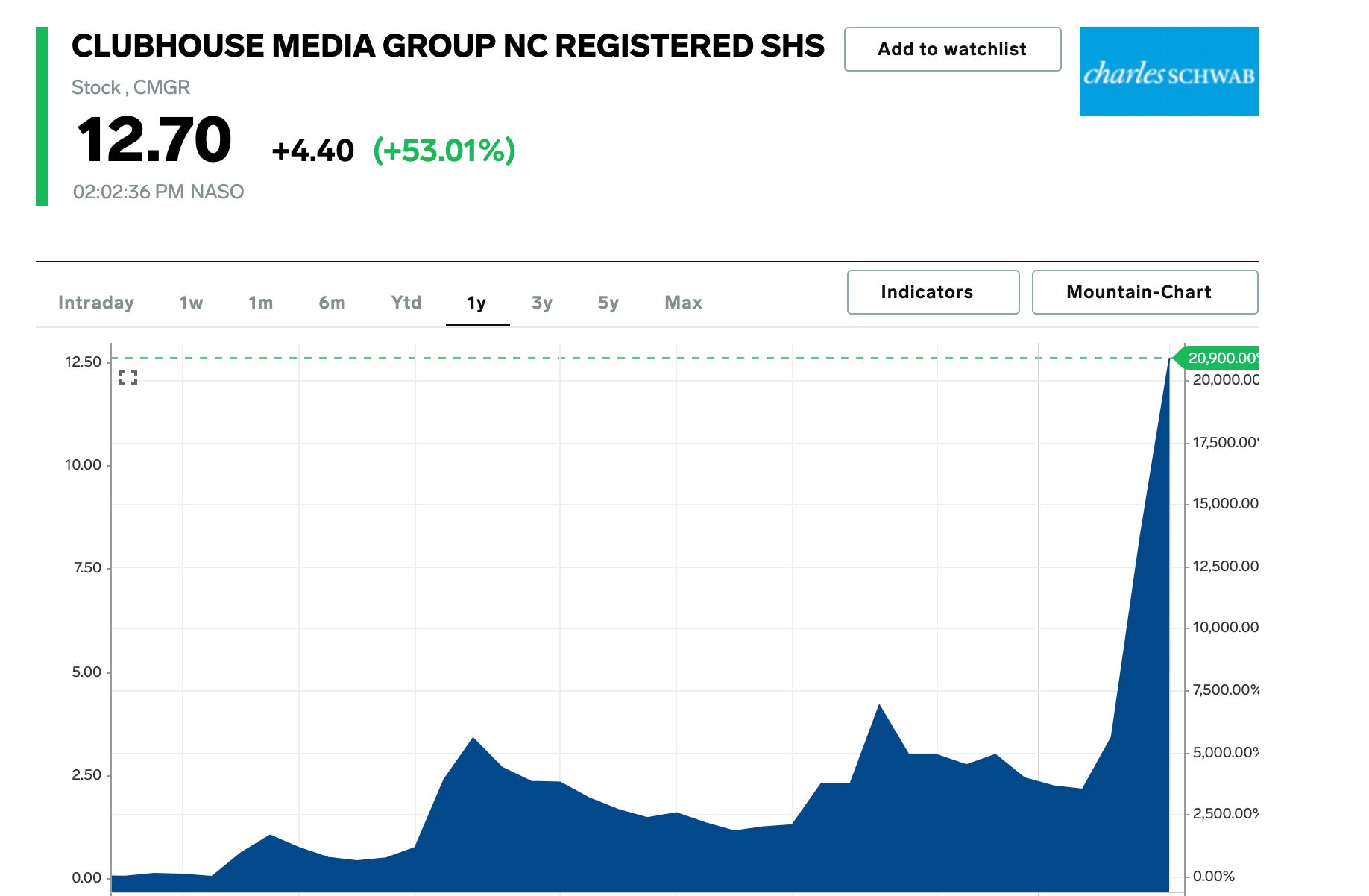 The problem is that Musk tweeted about the privately owned Clubhouse audio app, which is not the company that’s seen massive share gains as a result. “On Clubhouse tonight at 10pm LA time,” Musk said on Twitter Sunday.

Clubhouse Media Group, ticker CMGR, rallied about 45% Monday, according to Markets Insider data. But the company has nothing to do with the Clubhouse voice app, which Musk touted. Last year, a company, formally known as Tongji Healthcare Group, Inc., acquired a social media influencer firm called “The Clubhouse.” Clubhouse Media Group operates as “an influencer-based marketing and media firm with a global aggregate social media reach of over 100 million followers,” according to a company press release.

Read more: Bank of America warns of 3 looming catalysts that could send the bull market crashing in 2021 – and shares how to position for the ‘big change’ as the WallStreetBets crowd fights against the system

“We are not affiliated with the app. We do not want any confusion with them whatsoever,” a company spokesperson told Insider. “We have no idea why the rally happened. It may have been Elon Musk. We have no idea.”

Clubhouse, the company behind the social media voice app, did not immediately respond to Insider’s request for comment.

The Financial Times attributed the massive share rally to the “Elon Effect,” a reference to Musk. Recently, stocks have been rallying on hype from day traders on platforms like Reddit. Millions of members of the subreddit “Wall Street Bets” have caused GameStop stock to skyrocket, though Monday, it pared some of those gains. Dogecoin, Bitcoin, and Tesla have seen similar rallies, the FT said.

Last week, Robinhood stopped users from buying shares of GameStop amid the frenzy. On Sunday night, Musk interviewed Robinhood CEO Vlad Tenev on the Clubhouse audio app. Business Insider reported on the bizarre interview, in which Musk questioned Tenev on his choice to block buyers.

The Clubhouse audio app, which is completely separate from Clubhouse Media Group, is known for hosting Silicon Valley leaders and celebrities. But soon, the CEO said, it will be open to everyone.