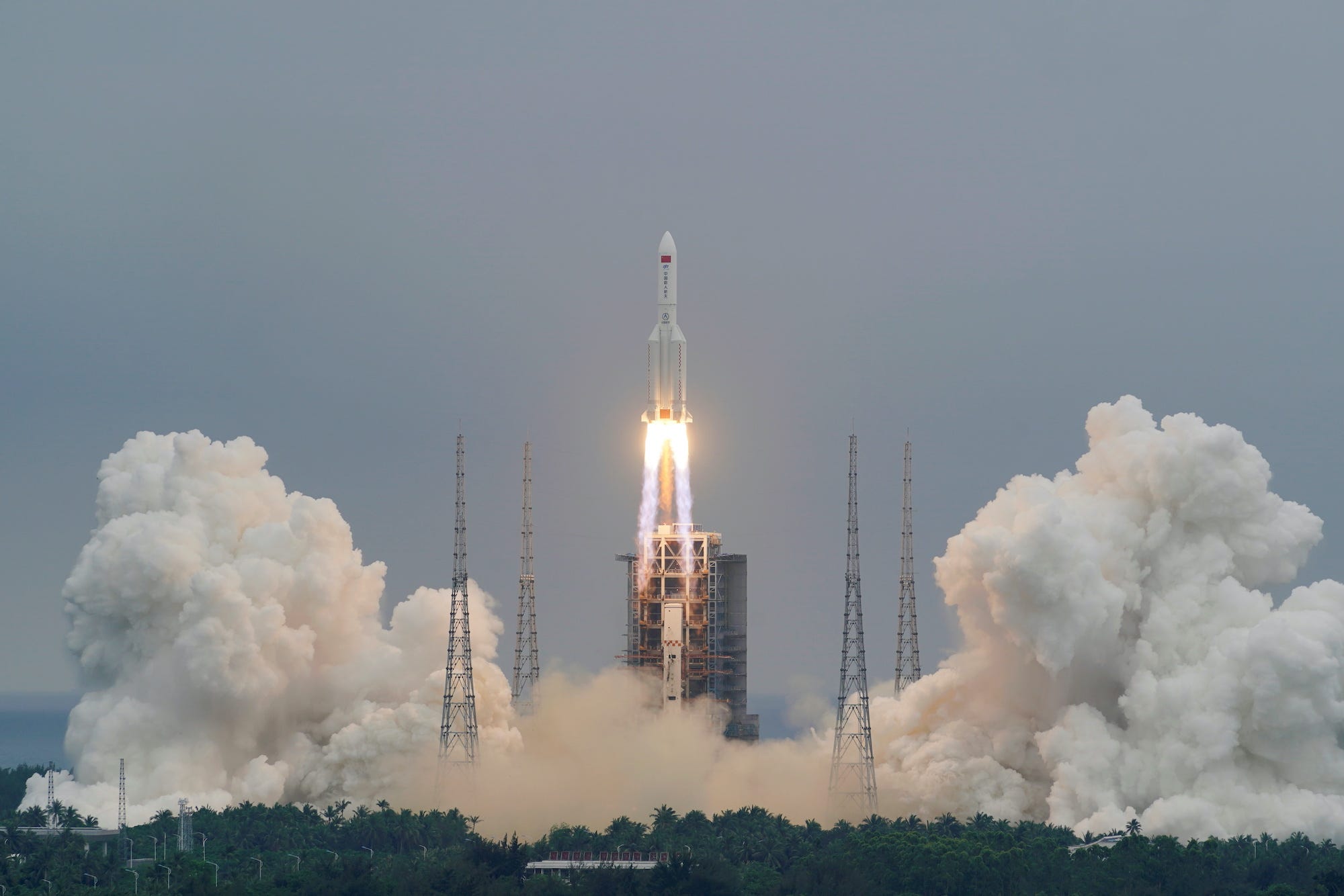 NASA's head said China failed to "meet responsible standards" in letting its rocket fall to Earth.
Chinese officials refuted the statement and accused the media of double standards in its reporting.
Rocket debris fell into the Indian Ocean. China said it acted properly and no one was harmed.
See more stories on Insider's business page.

China hit back at NASA's chief and the US media for their reactions on the uncontrolled Chinese rocket that fell back to Earth last week.

NASA Administrator Bill Nelson criticized China on Sunday, saying countries that go to space need to "minimize the risks to people and property on Earth of reentries of space objects."

"It is clear that China is failing to meet responsible standards regarding their space debris," he said.

In response, Chinese Foreign Ministry Spokesperson Hua Chunying said on Monday that China had been closely monitoring the debris and that it caused no damage to Earth.

She said: "The US and a few other countries have been hyping up the landing of the Chinese rocket debris over the past days."

She said that China had been sharing its data with other countries.

She also said that American media had a "double standard" on the issue of state debris.

"I would like to point out that some media and individuals in the US clearly hold double standard on this issue."

"You may recall that in March this year, when a piece of a SpaceX rocket crashed on a farm in the country, American media used such romantic descriptions as 'lighting up the night sky like a meteor, producing a spectacular light show.' But when it comes to China, the tune is completely different."

It was not clear where Hua's quote came from, but some news reports at the time did refer to the SpaceX rocket's descent as a surprise meteor shower.

"I noticed some jesting online in China, saying that US politicians may be forgetful, but the Internet has a long memory," Hua said.

"We stand ready to strengthen cooperation with other countries including the US, but we reject double standard on this issue."

The Long March 5B rocket took off from China on April 29, and a big chunk made an uncontrolled reentry to Earth. It wasn't clear where it was going to land, prompting concern from scientists.

China said last week that most of it would burn in the atmosphere and not cause any harm.

Most of that chunk did burn up as it reentered the atmosphere, and some debris landed in the Indian Ocean on Sunday.