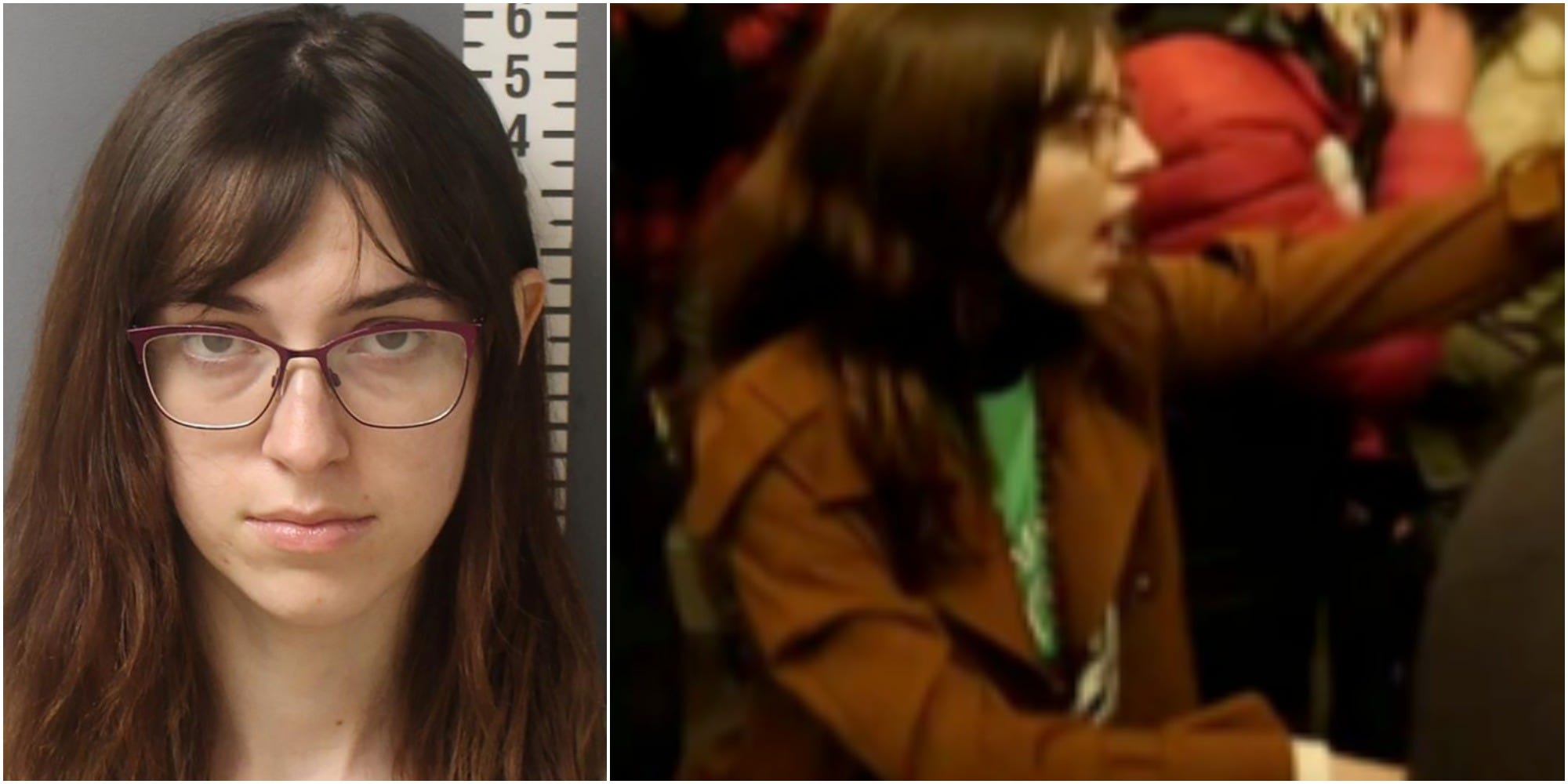 Riley Williams is accused of stealing Nancy Pelosi's laptop during the Capitol Riot.

Riley Williams, 22, has been formally charged with the theft of Nancy Pelosi's laptop during the Capitol Riot.
Williams appeared to boast about stealing the laptop online.
Authorities were tipped off in part by an ex-boyfriend of Williams.

Riley Williams, 22, from Harrisburg, Pennsylvania, stole Nancy Pelosi's laptop on January 6 according to an indictment unsealed on Thursday, and planned to try and sell it to Russian intelligence agents,

She has been charged with eight counts, including theft of government property, obstructing an official proceeding, and assaulting or resisting police, according to the indictment.

It said Williams stole a "Hewlett-Packard laptop computer located in the offices of a member of the U.S. Congress."

Williams could face 20 years in jail and fines of $600,000 if she is convicted, The Daily Mail said.

Williams' involvement in the Capitol riot came to light partly through a tip-off from an ex-boyfriend, according to a January affidavit.

The FBI said a former romantic partner of Williams informed authorities that he had seen her in news footage.

The boyfriend claimed she had told people she intended to send Pelosi's stolen laptop to a friend in Russia, who would then sell it on to its foreign intelligence service.

Authorities reviewed videos and images taken on January 6 and identified Williams entering the Capitol, and appearing to enter and exit Pelosi's office, the affidavit says.

One video shows Williams filming herself taking the laptop.

In a series of Discord messages obtained by the FBI, a person who appears to be Williams wrote, "I STOLE SHIT FROM NANCY POLESI [sic]."

Discord messages appearing to be from Riley Williams about Nancy Pelosi's stolen laptop.

Pelosi's deputy chief of staff, Drew Hammill, previously said the laptop was "only used for presentations."

Prosecutors said they are still investigating the claims that she intended to send the laptop to Russia, according to CNN.

In January, Williams' attorney Lori Ulrich said that it was regrettable that her client "took the President's bait and went inside the Capitol," but denied that she was responsible for stealing the laptop.

Ulrich said that the allegations had come in part from a "former abusive boyfriend" who had "threatened" Williams.

The laptop has still not been recovered.

In January, a federal judge in Pennsylvania banned Williams from using the internet while she awaited trial and limited her to using a flip phone after she was suspected of deleting social media accounts, The Daily Mail said.

More than 660 people have been charged in connection with the Capitol riot, according to Insider's tracker.