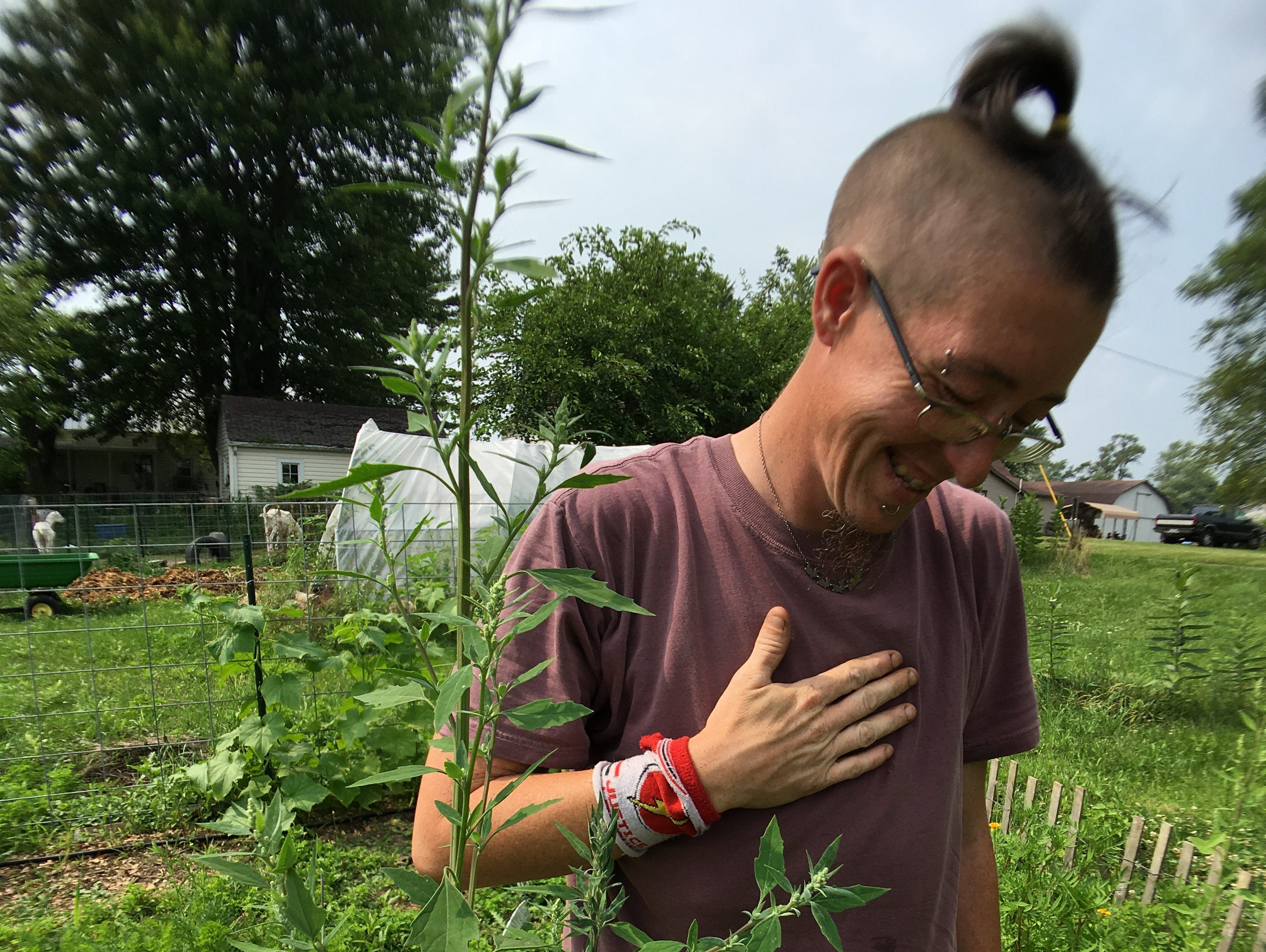 Bekah Bestlovey at her farm, which her benefits helped subsidize.

For more than a year, America experimented with a much larger social safety net than any it's ever had before.

After the world and the economy shut down in March 2020, former President Donald Trump signed into law programs put forward by House Speaker Nancy Pelosi and then-Senate Majority Leader Mitch McConnell to funnel billions of dollars in support to impacted Americans. A pandemic necessitated a helping hand like we've never seen before.

Residents got several rounds of stimulus checks and unemployment insurance was massively beefed up and expanded, allowing gig workers and other self-employed workers to collect for the first time. Uneven, or paltry, weekly payments set by states became more robust and equal, enough for millions of Americans to come out of a deadly pandemic economically intact, or better. In addition to financial benefits, Congress issued a nation-wide eviction ban to help renters keep their homes as the coronavirus swept the country.

Those benefits helped rescue the economy, as personal income for some skyrocketed, with savings as a share of disposable income hitting a record high and spending booming as the economy reopened.

Of course, recovery was still uneven, and many struggled to receive the benefits they were entitled to. Only 11% of the $46 billion in rental aid from Biden's stimulus reached tenants by the end of July. Overburdened and neglected unemployment systems failed in many states. A report from the Federal Reserve Bank of Minneapolis found that people in half of the country received their checks "unacceptably" slowly in the summer of 2020. Another half of the country has cut off the aid early: 26 states ended it starting in June, 25 of them governed by Republicans.

Now a cliff's edge looms for the other half, as the country contends with a new surge in Covid cases due to the Delta variant. The Supreme Court just struck down President Biden's attempt at extending the eviction ban, putting 750,000 households at risk. Biden has said that the $300 weekly federal unemployment benefits – part of his $1.9 trillion pandemic stimulus package – will expire on Labor Day, September 6.

An estimated 7.5 million workers are currently on federal programs that expand both who's eligible for benefits and how long they can receive them, according to a report from the left-leaning Century Foundation, and another 20 million are getting the federal boost to unemployment, according to the People's Policy Project.

Here are some of their stories.

Daniel Millard, 27, filed for unemployment insurance in March last year after his employer, a restaurant in Philadelphia, temporarily closed its doors. The $300 weekly boost to his state benefits, coupled with six months of rent relief, enabled him to save around $5,000 and pay off his credit card debt.

The extra time also allowed Millard to enroll in a full-time online political science bachelor's program at Pennsylvania State University last summer, and he ultimately completed a degree he had dropped in 2014.

"I realized that in the last six years, I hadn't made headway in figuring out what I wanted from life because I was spending so much time and effort just trying to keep my head above water," Millard told Insider.

He added that the federal support had "fundamentally changed" his life for the better, and he plans to attend law school in the fall. 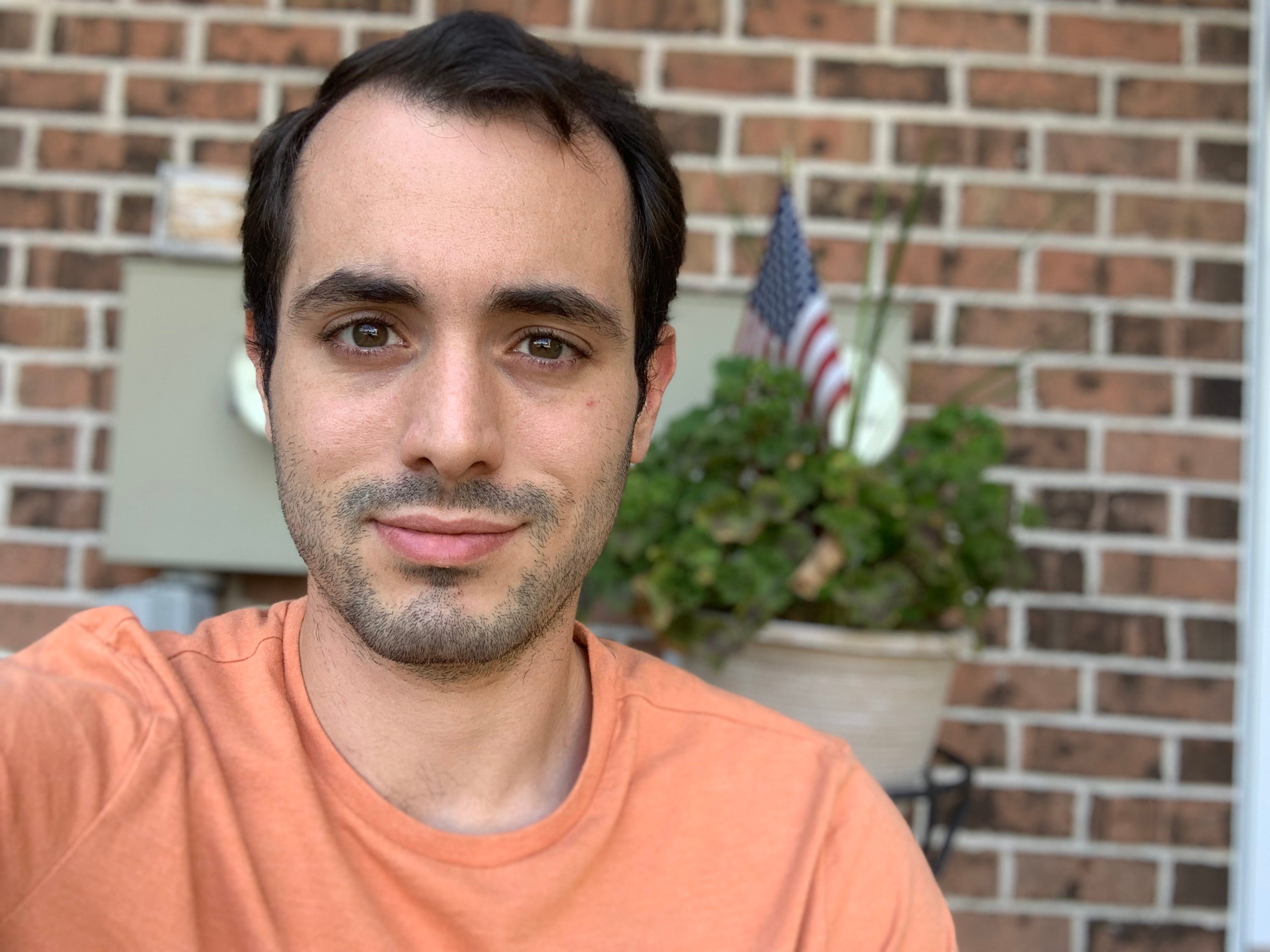 Daniel Millard has spent the past 17 months completing a bachelor's degree.

"I was able to grow the business because simply, UI paid me more than my prior job," Barber said.

Barber said he had earned $430 a week in his factory job after taxes, but received $565 a week while on unemployment insurance – a boost that helped him invest in equipment to package and brand his clothes.

"I've seen a steady uptick in clients. All because I was able to offer more styles to customers, and I was able to assert my vision more into the branding aspect of the business," he said.

"I wouldn't have been able to do this without the time that I've gained, or the extra money coming in."

He said he plans to take up part-time work, perhaps as a courier for Doordash or Uber Eats, after his benefits expire next month.

Bekah Bestlovey, 38, had dreamed of starting an organic farm after she and her wife relocated back to their native state of Ohio six years ago.

In April 2020, after Bestlovey took a leave of absence from her job at a grocery chain, she and her wife decided this was the time to actually start their dream business and they "put everything we had into beginning our farm."

They already had goats and a garden. But they got more seeds a small irrigation system, and a small flock of chickens. They started making limited sales last year, and were getting ready to ramp it up this year. A big priority was expanding access to fresh produce and farming; they wanted to create a CSA program where those who could afford a full box of produce would be able to help subsidize boxes for lower-income individuals. 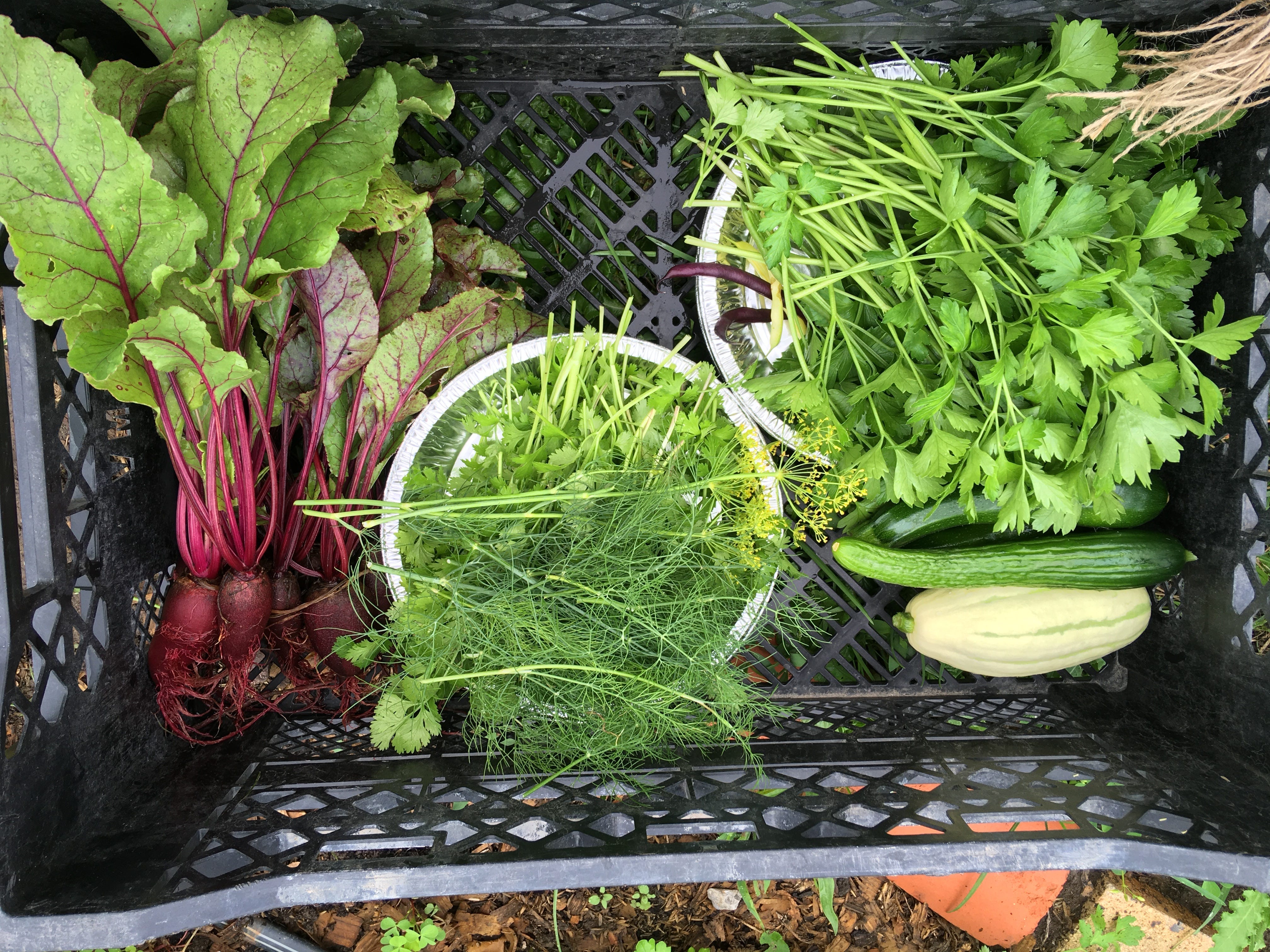 During the fall, when they weren't going to be making sales on the farm, Bestlovey picked up a census enumerator job through which she qualified for unemployment benefits. She started to receive the additional $300 weekly.

But they live in Ohio, one of the 26 states that opted out of the federal benefits early. The extra $300 ended on June 26 in their state, months before the scheduled September cut-off.

"Without that extra income coming in, it means that basically we are immediately in a position where we're not sure how we're going to pay next month's living bills, like our mortgage and our utilities," Bestlovey said. "I mean, I think probably all new business owners feel this way, but we're feeling a bit of a crunch just trying to get this fledgling business off the ground."

She and her wife have taken up delivering newspapers to help bring in a little money.

Finding a new job is not an easy task for everyone, despite lots of vacancies

Some experts and economists have argued it's too early to end benefits. Progressive politicians and economists have said – along with the White House – that the widespread adoption of benefits during the pandemic shows the need for a more permanent reform. Republican governors have cited a record number of job vacancies as a major reason behind their decision to cut benefits early. But they are ending across the country, and states aren't rushing to fill the void.

But the calculus for some is more than just money. Nancy Allen, 70, is a substitute teacher and tutor in Ohio; she had already officially retired, but before the pandemic was working both jobs in conjunction with Social Security benefits to make ends meet. She lost both.

She said she's on a federal program that expands how long workers can receive benefits, so she will be one of the 7.5 million that loses those benefits in September.

"It's not a matter of me not working. I was looking forward to just going back to work in the fall," Allen said. "And now with this pandemic spreading through the Delta variants, they may not even have school in the fall. I work with elementary kids that they don't have a vaccination for. So again, what am I to do?"

Arindrajit Dube, an economics professor at University of Massachusetts Amherst and one of the authors on the recent analysis, said that for every eight workers who ended up losing their benefits earlier this summer, just one found a new job. The job market is competitive, and about to get more so.

"I think a lot of people aren't just being lazy," Bestlovey said of reliance on the benefits. "They're seeing this as a new start or a time to do something different. It's probably far better for their mental health."