Anthony Tan started Grab in Malaysia in 2012. It now operates across Southeast Asia and is headquartered in Singapore.

Anthony Tan is the cofounder of Grab, a ride-hailing company with 25 million monthly users.
Grab is based in Singapore, and it now offers a variety of services beyond car rides.
Tan, a father of four, starts his day a 6 a.m. and has an early, hour-long dinner with his family every night.
Anthony Tan cofounded Grab as a ride-hailing company in 2012. A Harvard graduate and the son of a Malaysian auto-conglomerate owner, Tan started Grab as an alternative to Malaysia's infamous public taxis, which were once ranked the worst cab service in the world.

The ride-hailing app grew to rival Uber in Southeast Asia and eventually pushed it out of the region in 2018.

Now headquartered in Singapore, Grab aims to be a super app that offers anything from insurance to grocery deliveries to courier services. Grab has almost 25 million monthly transaction users, the company said, and around 7,000 employees, based on figures it released.

With Tan, 39, at the helm, Grab is also looking to go public in the US at a $40 billion valuation.

The tech CEO is famous for optimizing his schedule for maximum efficiency, such as by taking calls on the treadmill, and has been quoted saying he doesn't have time to watch movies.

Here's a look at how Tan gets it all done in a day.

6 to 8 a.m: Tan starts his day early with some quiet time. He plays with his kids before heading to the gym for an hour-long workout. 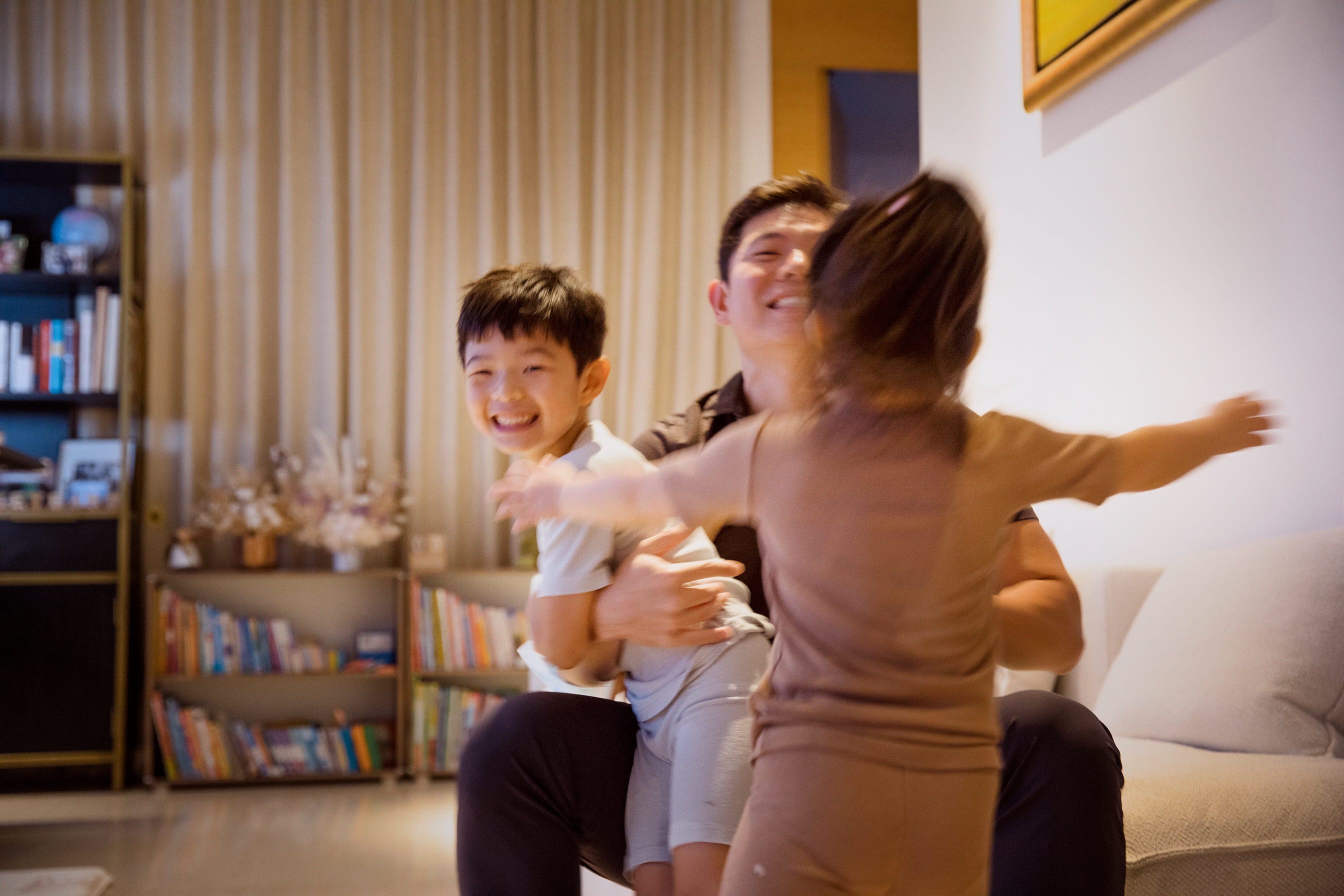 Tan sticks to an early morning routine of stretching, reading the Bible, praying, and checking his emails from the night before.

Then he spends some time playing and cuddling with his four kids. "They're still in the phase where their parents are superheroes, which I savor all I can," said Tan.

8 to 9 a.m: Tan starts work at home with an oat milk manuka latte made by his wife. 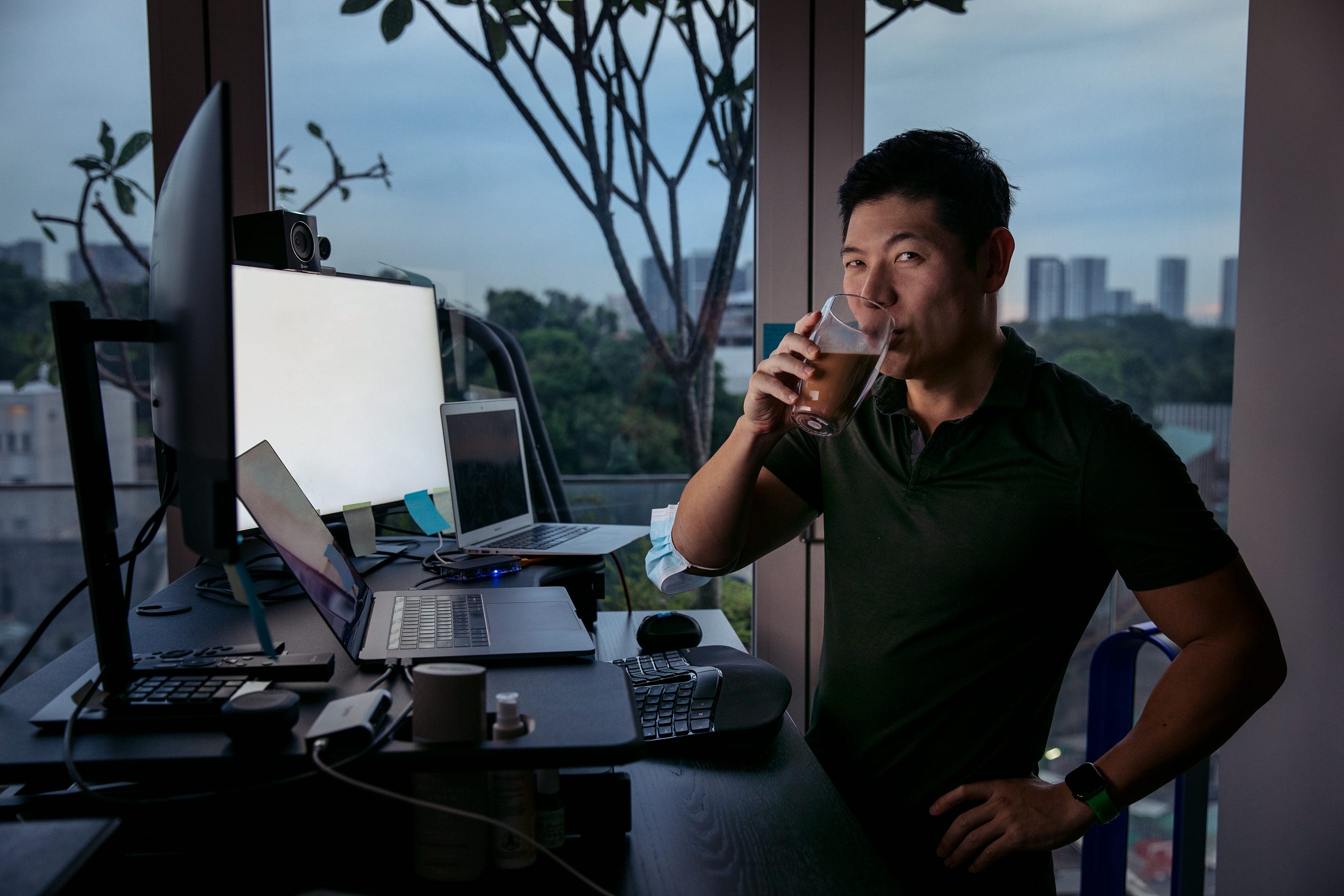 "In the pre-COVID days, which feels like a distant memory now, I would be traveling every other day to a Southeast Asian country like Indonesia or Thailand," Tan said.

He lives in Singapore, where pandemic restrictions are still gradually being eased. Staying home because of COVID-19 has given Tan more time to spend with his family, he said, but it also means his schedule is more crammed with Zoom meetings.

Tan works at home from a standing desk is right next to his kids' playroom. It also faces his living room, where there's a mini kids' gym. His workspace placement is intentional because he wants to be able to see his children while he works.

And he's got no qualms about his kids making noise during his meetings. "My colleagues are used to this," he said.

9 to 10 a.m: Tan attends an online training session for his leadership team about experimentation at work. 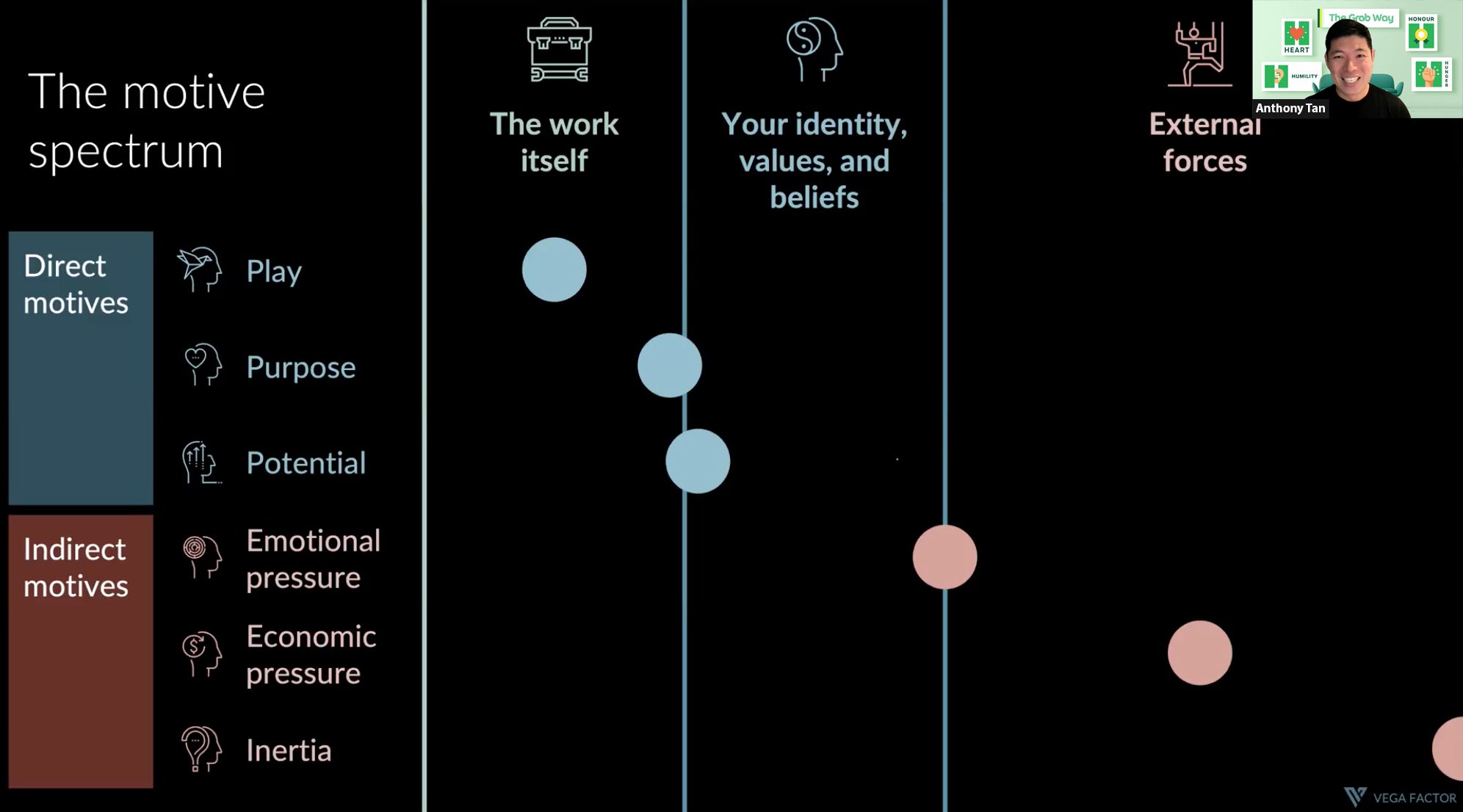 Everyone working at Grab, including the leadership team, commits time on their schedules to participate in workshops, Tan said. 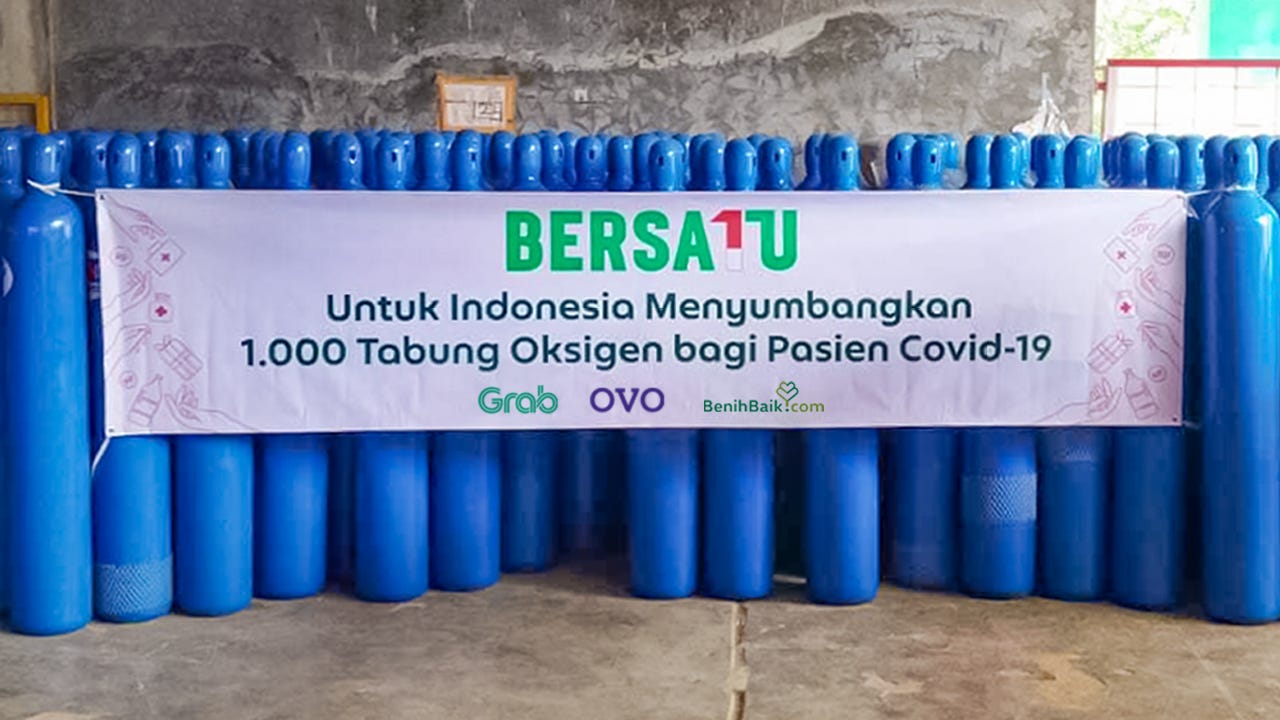 An oxygen concentrator donation to Indonesia from Grab.

Tan and his team talk over Grab's operational changes as different countries in the region alter their individual movement restrictions amid the pandemic.

"We usually do these calls during our monthly business review meetings, but with the Delta variant of Covid, we've had to hold more regular calls for now as we respond to the growing number of cases across the region," said Tan.

Noon to 1:30 p.m: Tan has lunch with Teng Wen Wee, the founder of Lo and Behold Group, a collection of restaurants that uses his company's food services. 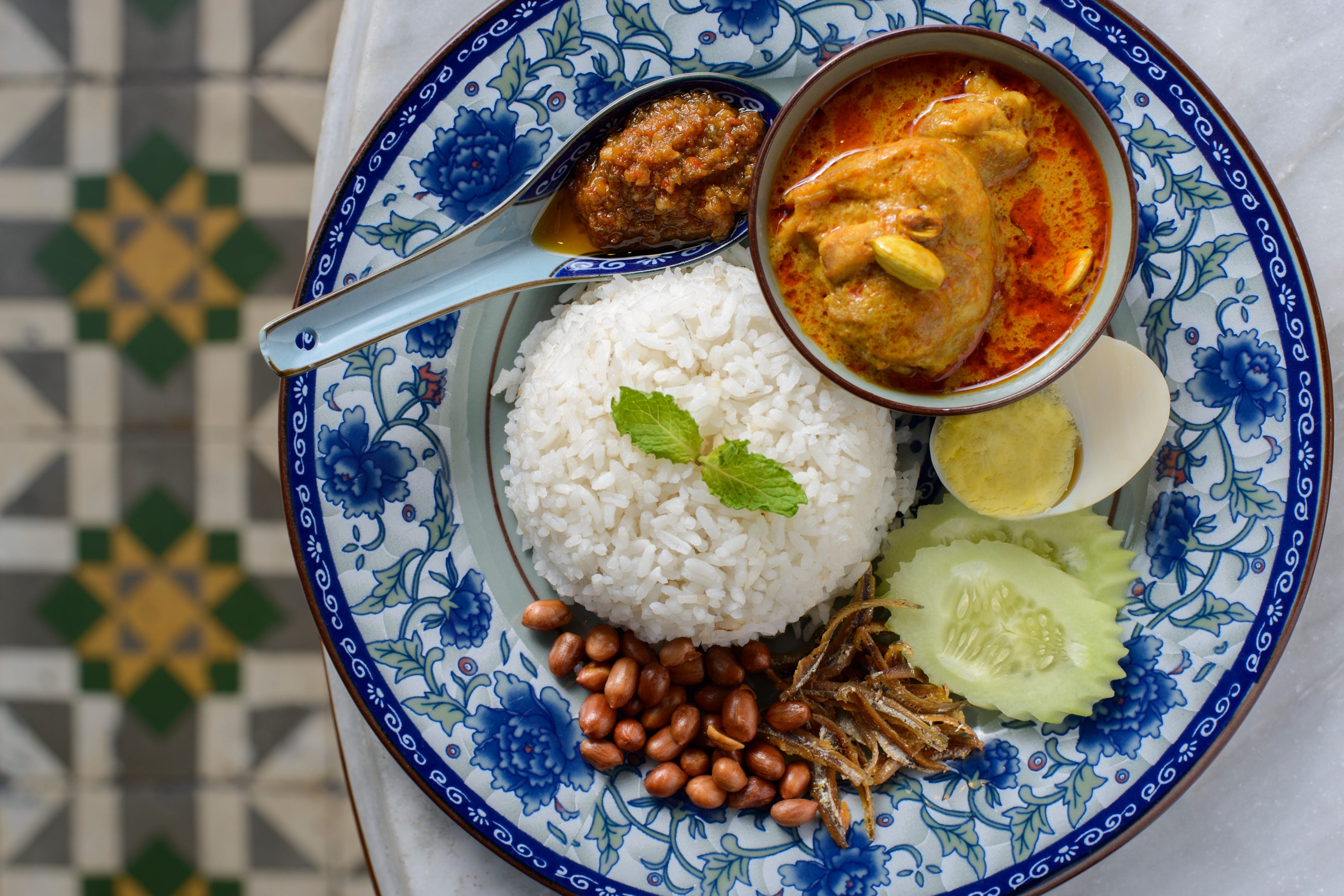 Tan has nasi lemak — rice that's cooked with coconut milk and pandan leaves and is typically served with peanuts, sliced cucumbers, sambal chili, and other ingredients.

He uses the lunch meeting to get feedback from Wee on Grab's food delivery service as their companies work through Singapore's social distancing measures. Singapore, a country of around 5.45 million people, on Monday raised the number of people allowed at social gatherings from two to five but many restaurants are still struggling.

Tan likes taking work lunches, he said, whether with business partners or during one-on-ones with his staff, because there's "nothing like bonding over food."

1:30 to 2:30 p.m: Tan hops on a call with a fellow Harvard Business School graduate, who works in a different industry and asked him for some advice. 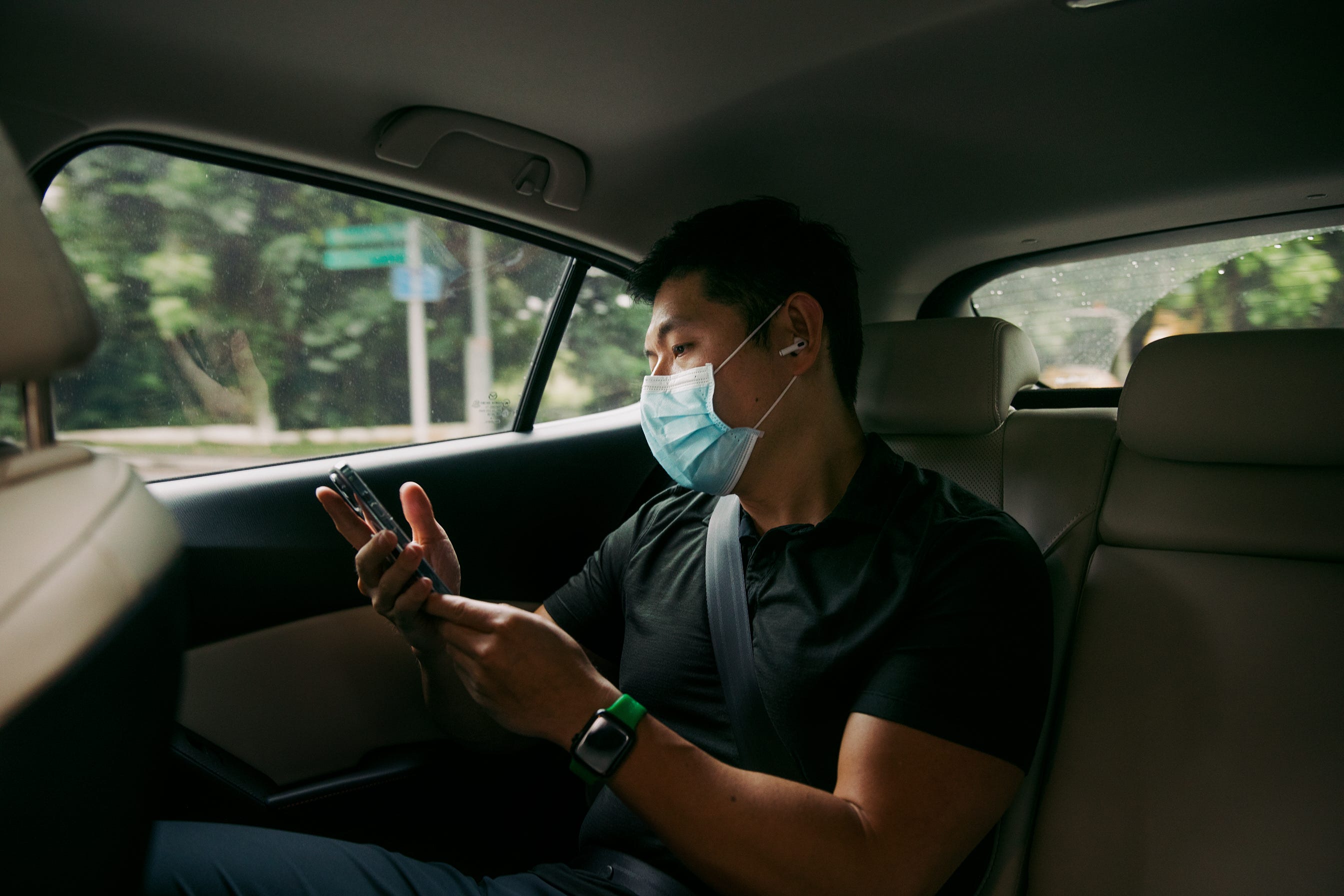 "My journey has been paved by many leaders who I look up to who have provided me with great guidance over the years, and in turn, I believe in sharing knowledge to help others grow and succeed," Tan said.

2:30 to 3:30 p.m: Tan has a Zoom meeting with board members of a consortium between Grab and a local telecom. 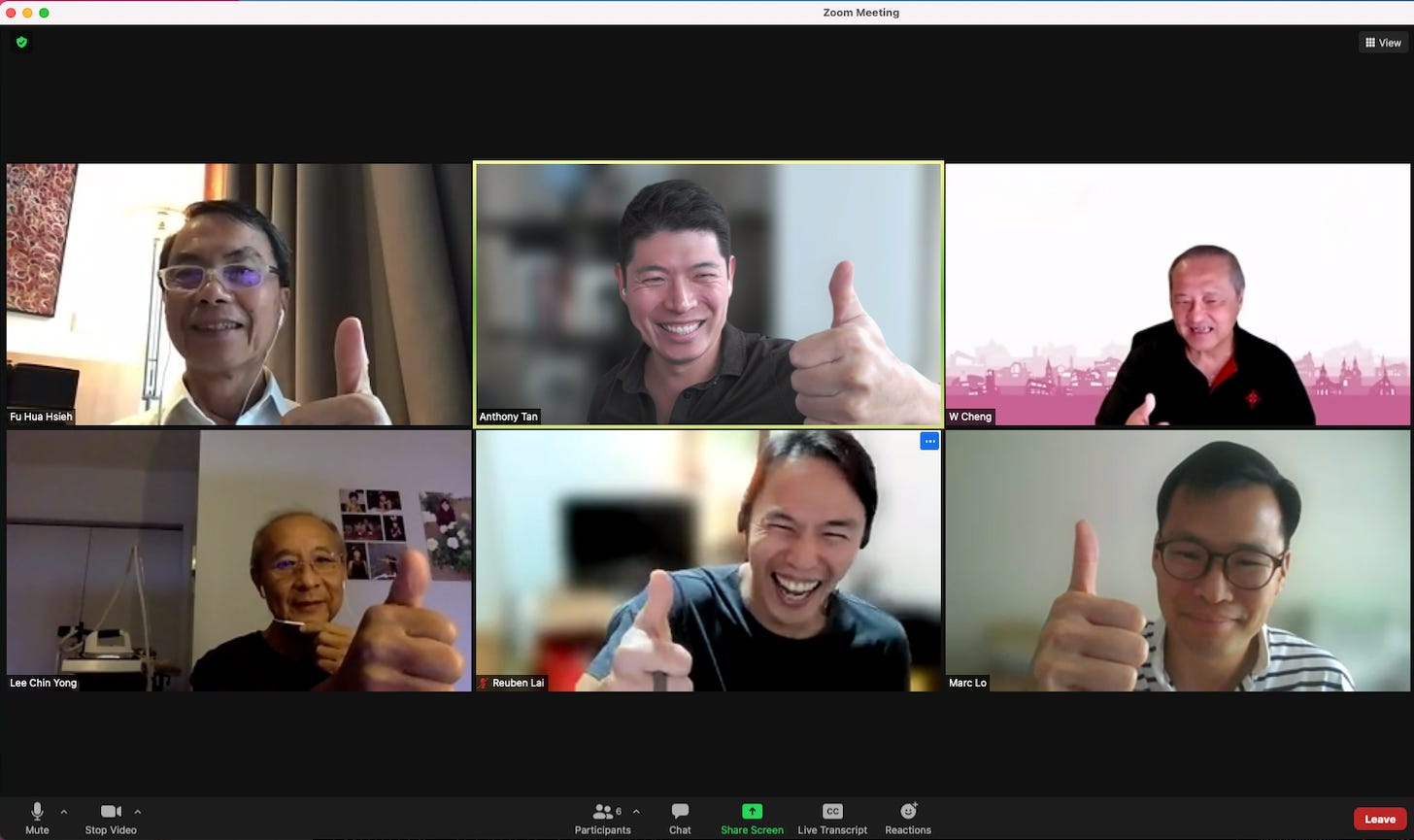 Grab has partnered with Singaporean telecom Singtel to develop a digital bank, and the board discussed plans to keep the project in line with government regulations, said Tan.

On the call with him is Hsieh Fu Hua, the board director of GIC, Singapore's sovereign wealth fund.

"Board meetings are not stuffy events, unlike what one might see on TV. There's usually good energy, and we cover a lot of territory in each session, such as strategy, governance, budgeting, talent, and marketing," Tan said.

3:30 to 3:45 p.m: Tan orders a teatime snack between meetings and has a chat with the deliveryman. 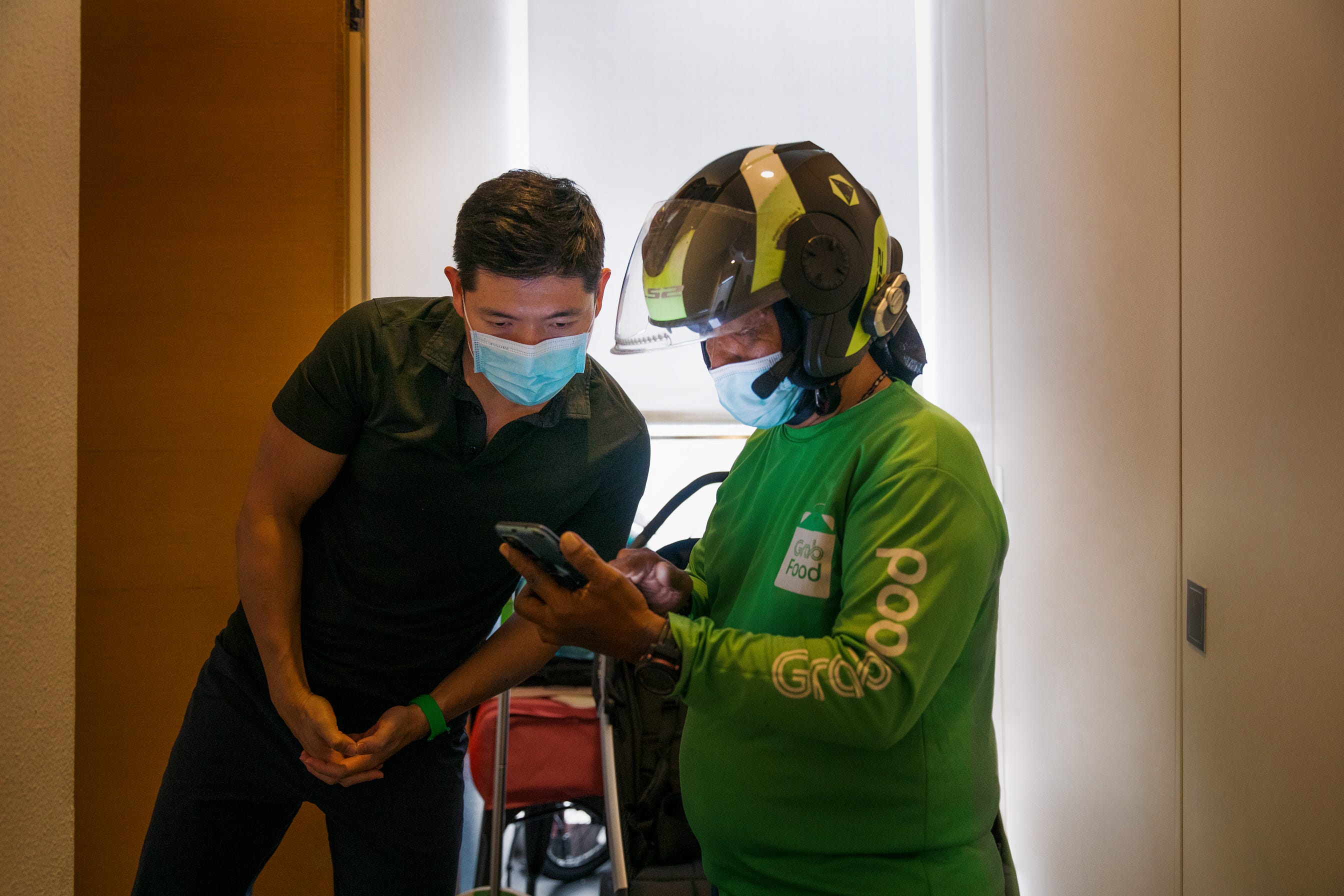 Tan snaps up some coffee and pastries for his break. He also ordered some rice with dishes for his family — from Grab, of course.

He said he comes from a traditional Chinese family and likes "hot and hearty soups," but is trying out different types of cuisines.

4 to 6 p.m: Tan wraps up his meetings and visits one of Grab's cloud kitchens — commercial kitchens for takeout or delivery services only. 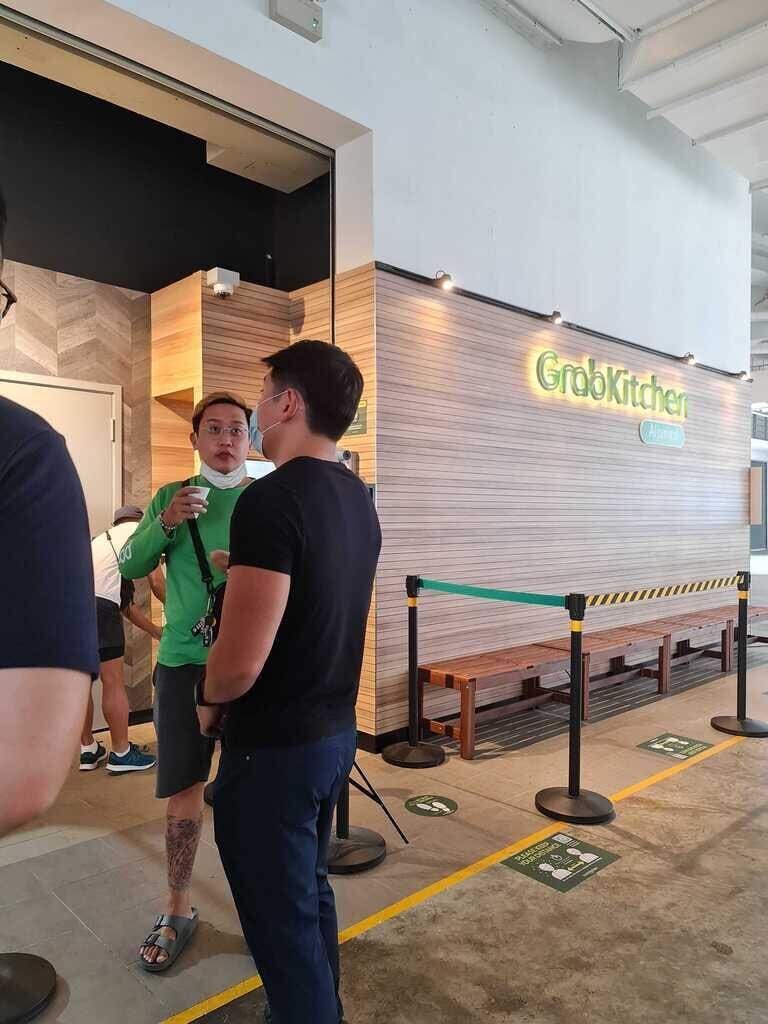 Grab's cloud kitchen at Aljunied in eastern-central Singapore offers foods like beef bowls, Japanese maki, and the nasi lemak that Tan had earlier for lunch.

Tan discusses several business ventures with his team, like a Food Priority Delivery service where users can pay extra to get their meals faster. If their food arrives late, they get a voucher. Tan said it's like a service guarantee for Grab's food delivery.

6 to 7 p.m: Tan has a hard stop for meetings and calls at 6. He and his family set aside an hour to eat dinner together. 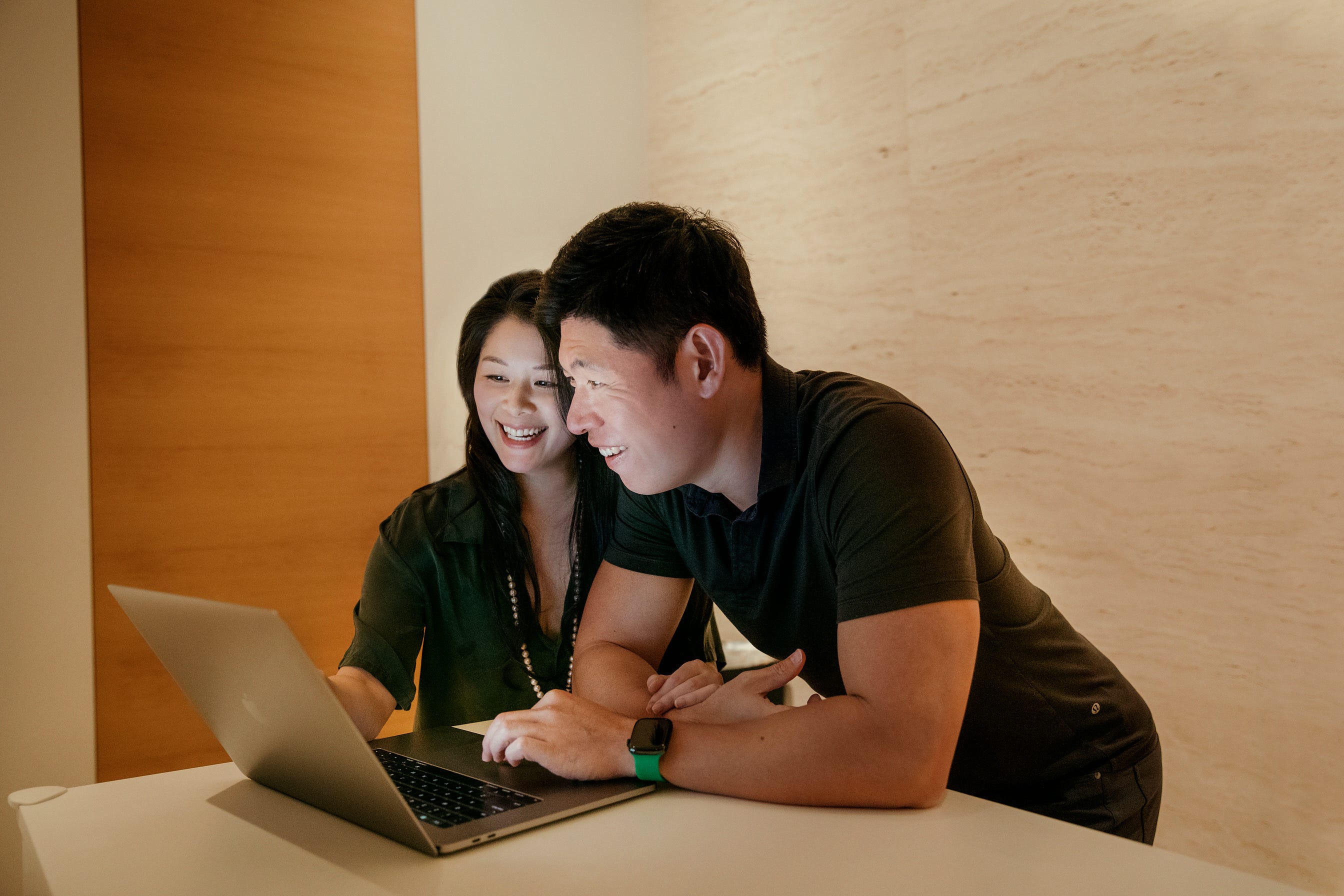 "It's a habit to eat early now, and my wife and I are known to always host the earliest dinners," Tan said.

Then, Tan and his wife Chloe go through some pointers he learned from the leadership seminar earlier. Today, the takeaway points focused on the six fundamental motivations for people's behavior. 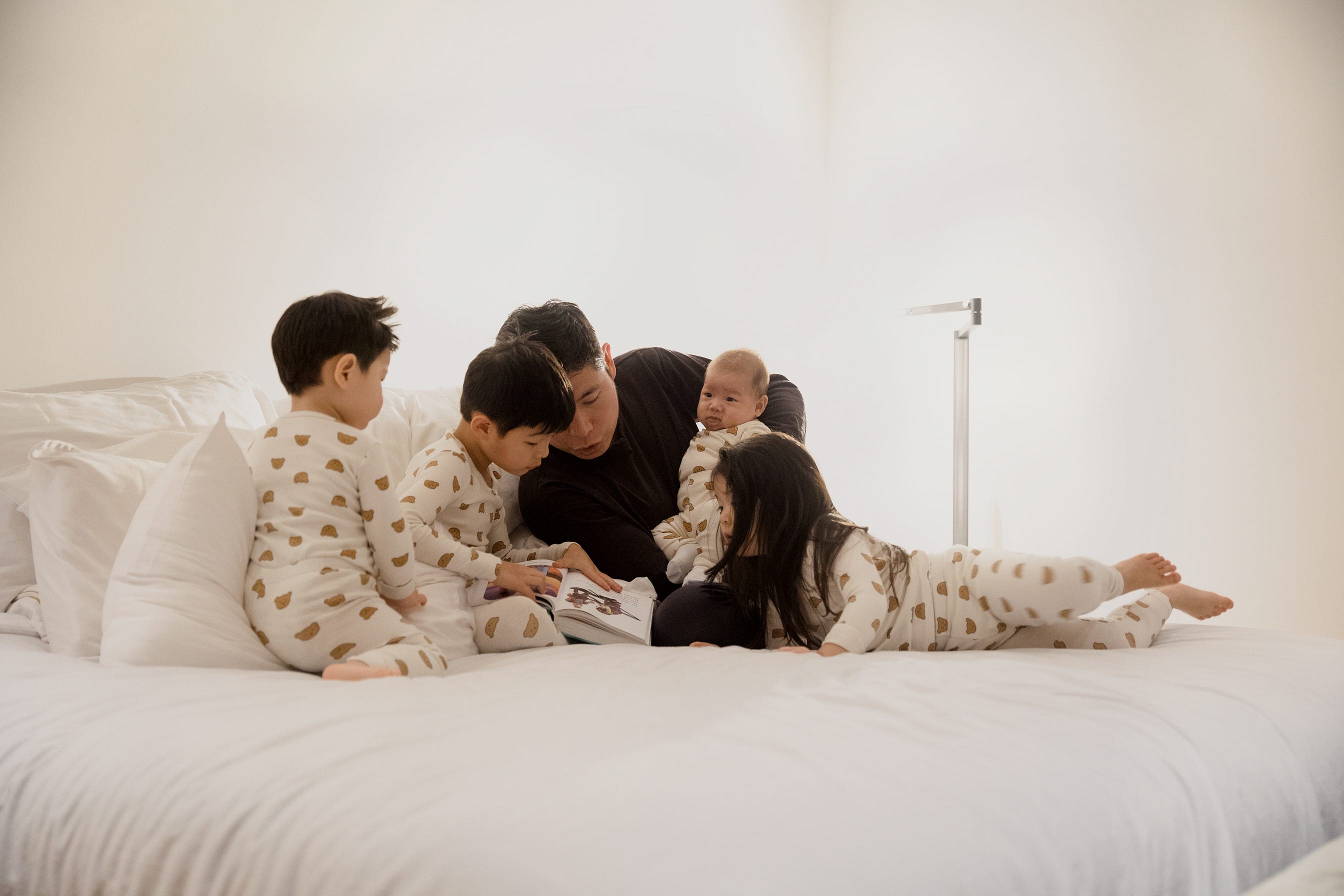 "No matter how intense the day has been, how many difficult decisions and conversations I've had that day, I just need to sit with the children for five minutes and listen to their hilarious stories to reset myself," Tan said.

Life as a CEO has meant that Tan gets to spend less time with his family than he would like. A silver lining of the travel restrictions during the last two years is that he's been at home more, he said.

8:30 to 11:30 p.m: Tan calls a few business partners in the US and clears his emails from a second work-from-home desk in his bedroom. 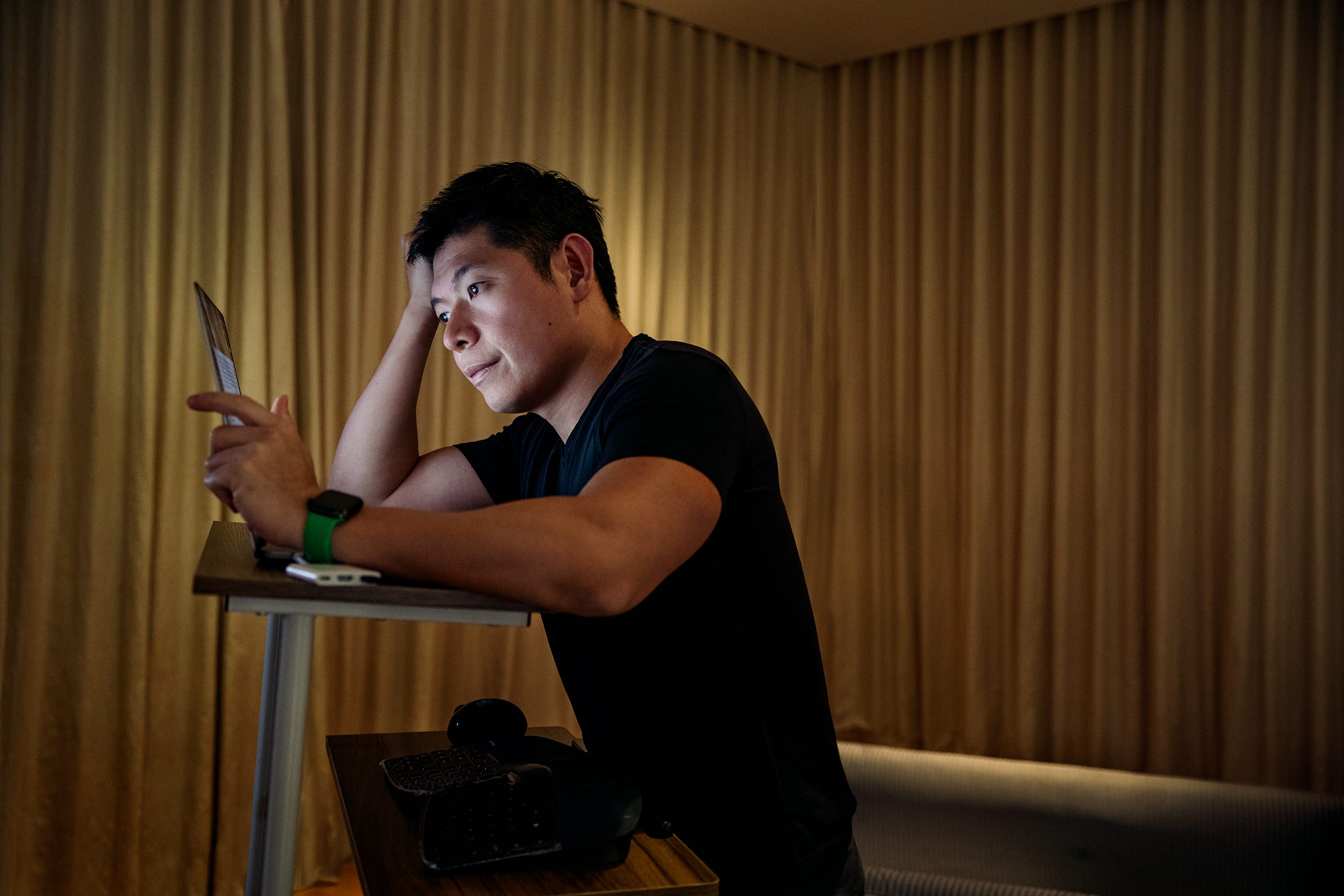 After dinner, Tan gets back to work and takes some calls with people from different time zones. One of those calls is with the CEO of a Fortune 500 company who's a partner with Grab and an unofficial advisor to Tan and his company.

"I go through plans for the next couple of hours. The extra quiet allows me to focus and do some deep work," Tan said. 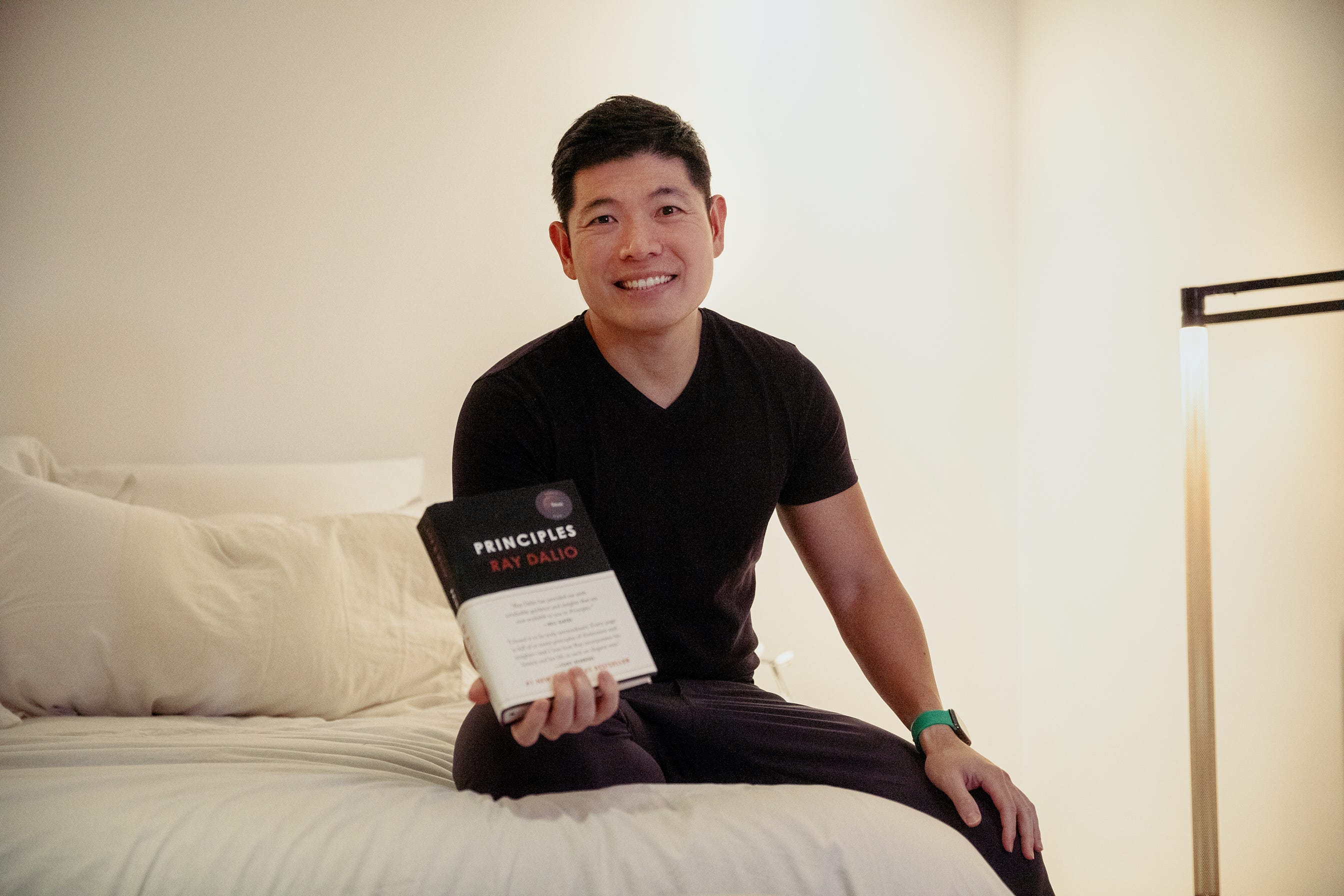 He's been reading "Principles" by Ray Dalio, which Tan said is one of his favorite recent reads.

"It's important to get culture right," Tan said. "Dalio talks about how we should create a culture where it's okay to make mistakes, but not okay not to learn from them."

By now, the house is quiet. Tan spends a few minutes finishing up his book, and then retires for the night.