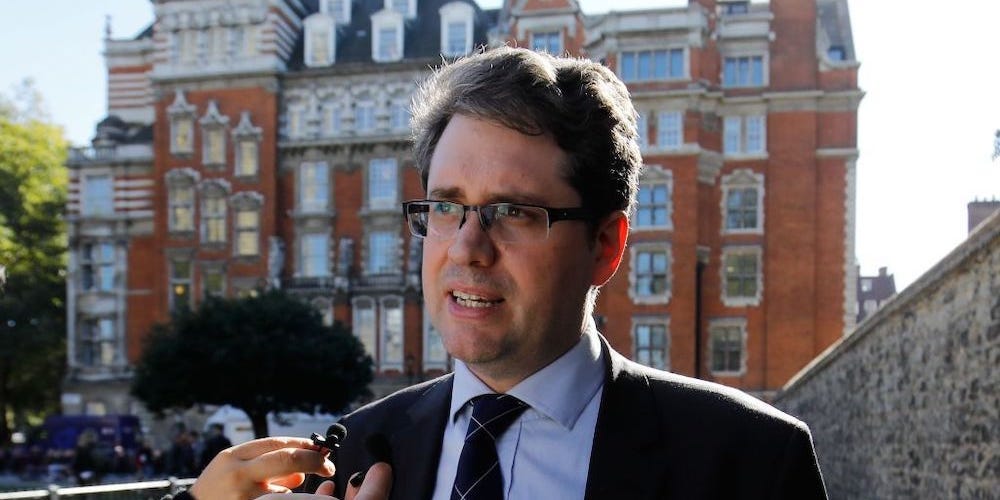 Eliot Higgins, the founder of Bellingcat, authored a new book on the investigative outlet and their open-source techniques.

Founder of Bellingcat describes, in a new book, ways to parse the internet for fact and fiction.
The journalism cooperative revealed who shot down a jetliner and the identities of Russian assassins.
From geo-location to reverse image search, these tips will help you know what you can trust.
See more stories on Insider's business page. 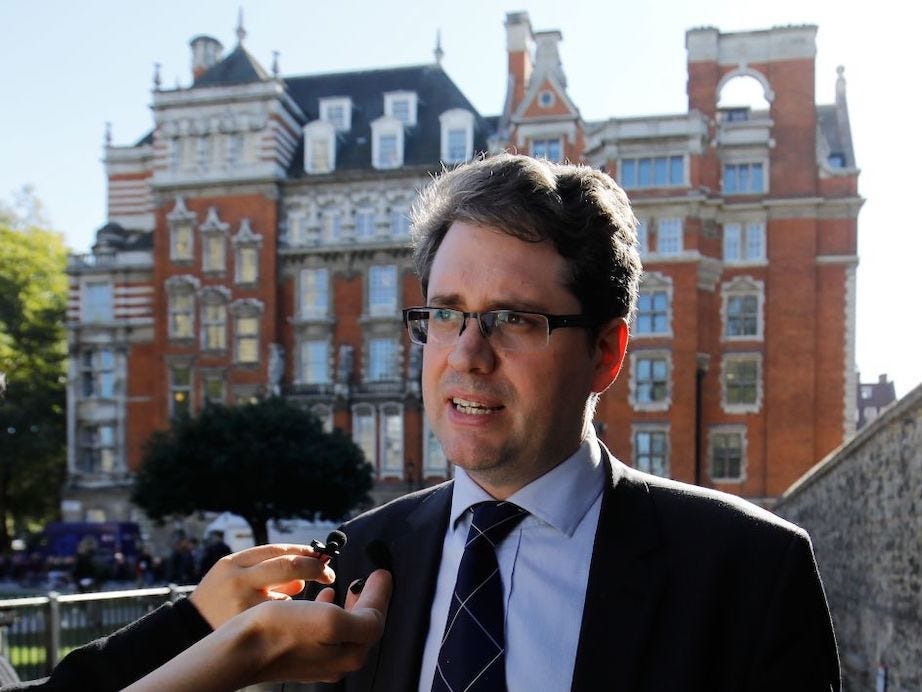 Eliot Higgins, the founder of Bellingcat, authored a new book on the investigative outlet and their open-source techniques.

The Bellingcat journalism cooperative has revealed how Syria’s regime used chemical weapons against its population, how Russian-backed forces shot down a passenger jet, even the identities of Russian assassins.

Their small staff and citizen journalists were often one step ahead of global media organizations and even law enforcement investigations — and much of the time only using images, videos, and information on social media.

One of their key tenets is, “what people mean to show is not all they are revealing.” That’s according to a new book by founder Eliot Higgins, “We Are Bellingcat: Global Crime, Online Sleuths, and the Bold Future of News,” that describes intriguing ways to parse what you see for deeper information. You don’t have to be tracking Russian President Vladimir Putin’s agents to find these strategies useful; they could just help you be a savvy judge of information to trust.

Again and again, Higgins and his fellow investigators found clues by ignoring what a video was supposed to show — say a terrorist making a threat — and scanning the background, seeking out the details of buildings, roads, billboard signs, and on and on.

One anecdote from the book shows the extraordinary capabilities of the Bellingcat method, which relies on crowdsourced insights and sifting through myriad posts and images. They painstakingly collected a series of different images showing the movements of an anti-aircraft missile launcher into Ukraine’s Russian-controlled east, and then an image of a similar one without its missile. They sought to establish that a Russian weapon had been in the right area on July 17, 2014, to have shot down passenger jet Malaysian Airlines Flight 17, killing all 298 people aboard.

Side skirts protect the vehicle’s tracks and this person noticed they had distinct patterns of mud, and wear and tear that could be compared like fingerprints. The collaborators brought these images together and analyzed them, finding further evidence that the launcher seen without a missile had indeed been in the region and after the airliner downing was moved back towards Russia. These findings eroded the Kremlin’s claims that Ukrainian forces were responsible for the shoot-down. 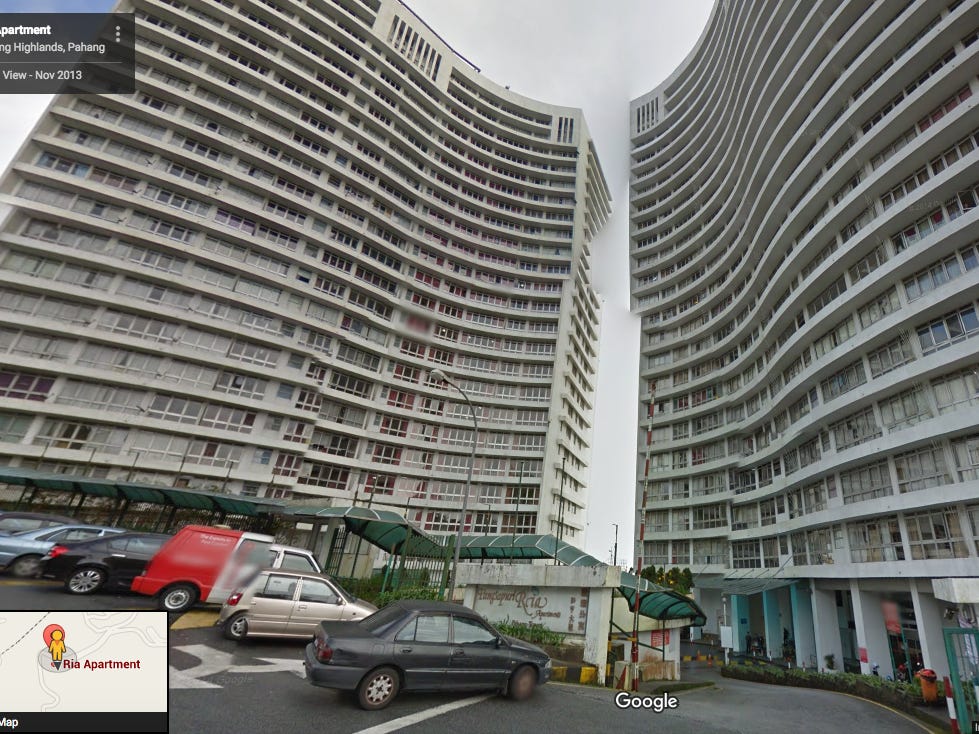 One of the first tricks of the digital sleuth is to try to geo-locate, or establish the location of, say, an Instagram post or soldier’s selfie. Not so easy when it seems to show a part of the world you’ve never been, where you may not know the language.

Think about how this scene would appear if you were looking from above. What are the layouts of the roads? Any landmarks or atypical buildings nearby? Sketch the layout. Then use Google Maps or Google Earth to scout out areas that look similar, remembering to shift the orientation to match your layout.

This technique led to one of Higgins’ earliest victories: determining rebels had seized part of the Libyan town of Brega, based only on a soldier’s shaky video. 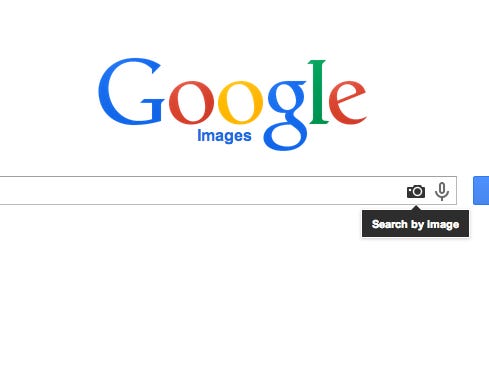 To reverse image search on Google, click the camera for "Search by Image" and link to the image or upload it.

So, you encounter an image of a person or object you’ve never seen. Upload it or link its web address to a search engine like Google for a reverse image search. This compares it to other images found across the internet.

Higgins writes that it is a handy way to debunk online misinformation and to identify suspicious social media accounts, “which often steal images from elsewhere on the internet to falsify a new identity.” 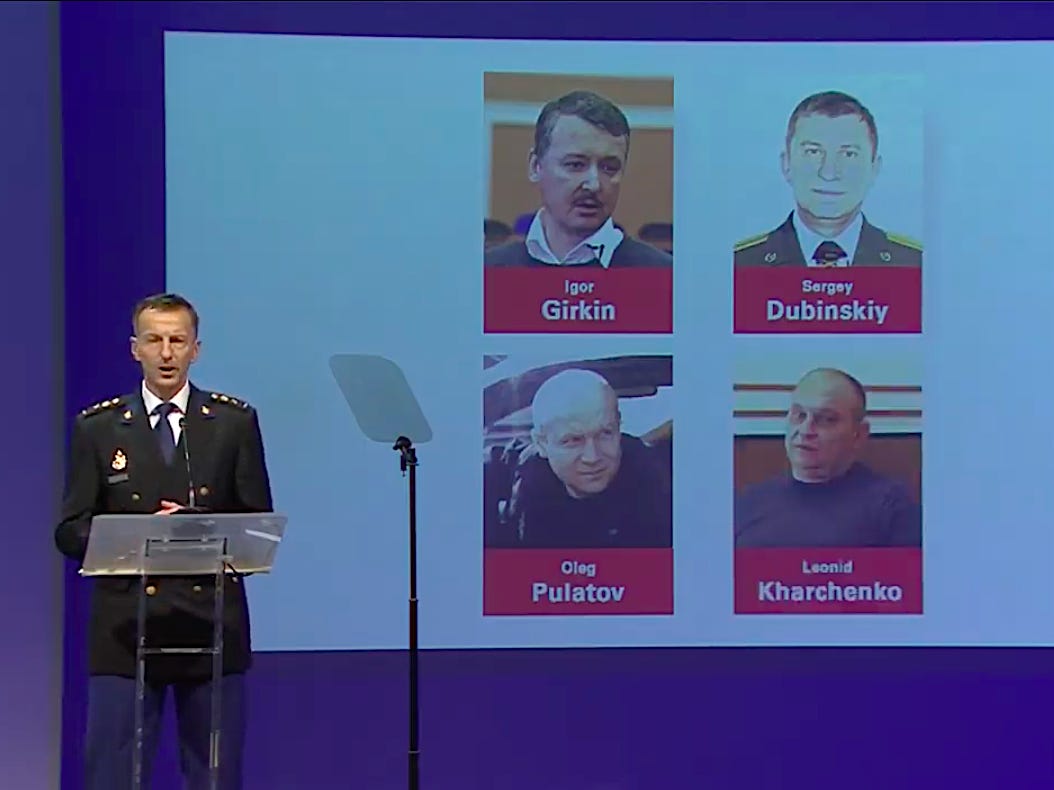 A phone number is one part of a person’s identity, even if an old one. As part of their investigation into the downing of MH17, Ukraine’s government released a report that included details about two persons of interest. That included one of their phone numbers.

By then, this number had been disconnected. But the Bellingcat investigators searched for it on contact-sharing apps Russians use, like TrueCaller. That gave them names, with one even identifying the man as part of the GRU, as the Russian military spy agency is known. 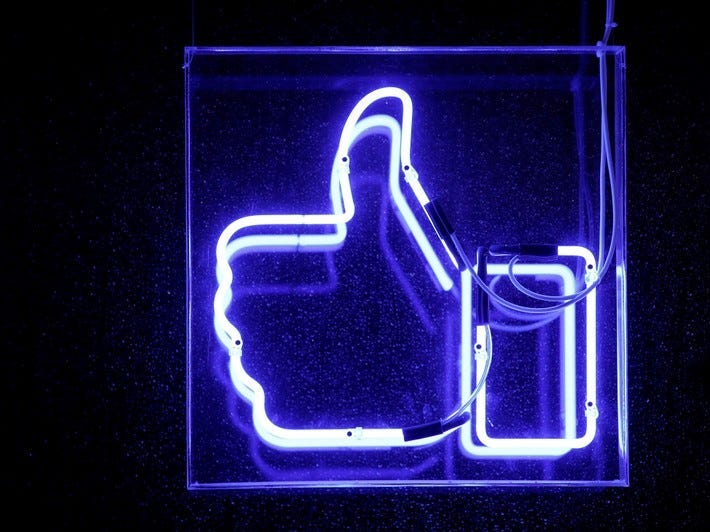 Another approach is to look for people with open personalities, and few privacy settings, who are linked to the person you’re seeking.

“Even if a prime target of an investigation is prudent, a friend or a lover or a relative may give them away,” Higgins writes. 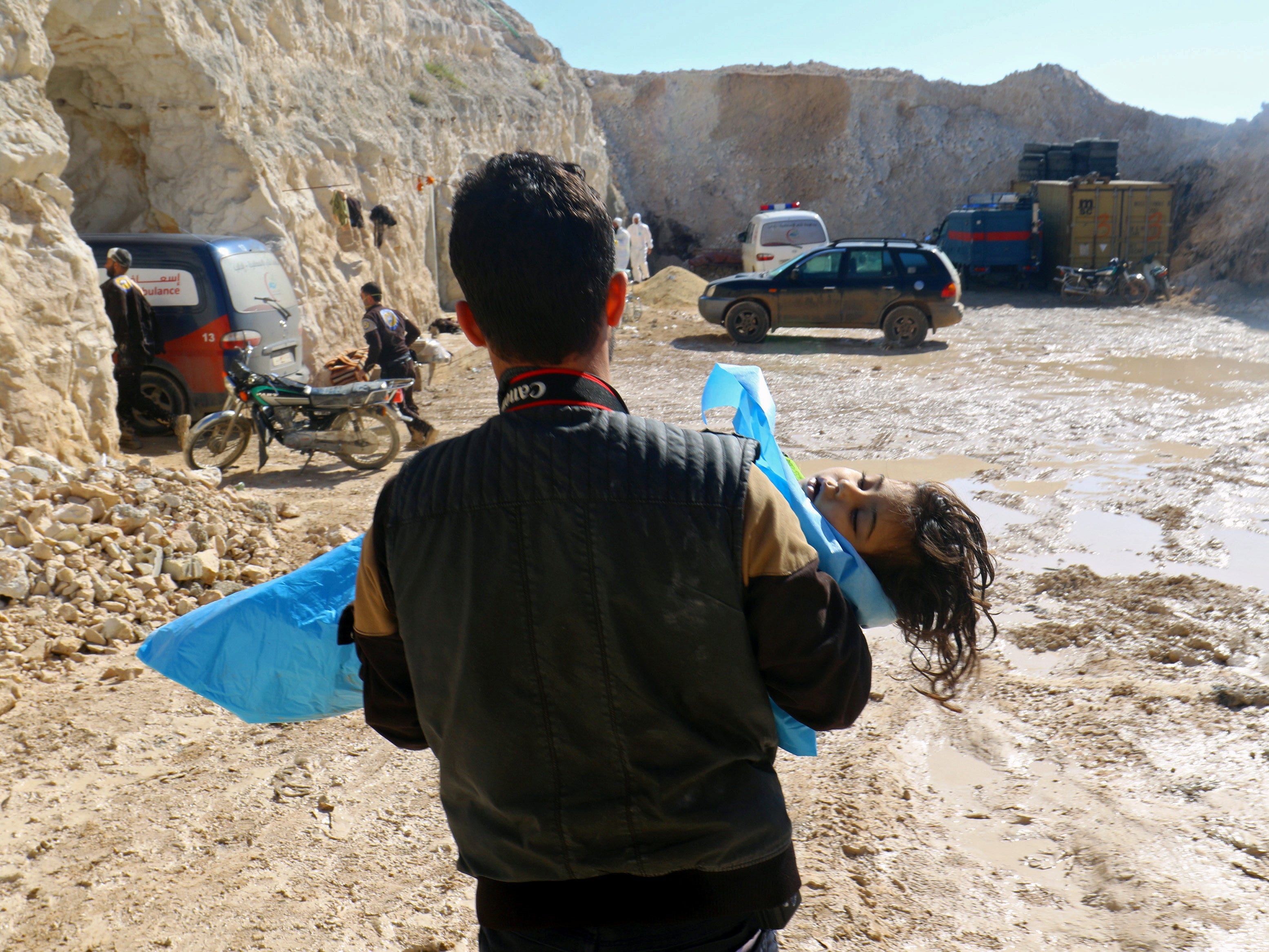 A man carries the body of a dead child, after what rescue workers described as a suspected gas attack in the town of Khan Sheikhoun in rebel-held Idlib, Syria, April 4, 2017.

While following the Syrian civil war that began in 2011, Higgins sensed that social media had become the raw first draft of history, and he began collecting and assessing it one video and image at a time.

As the war progressed, the vast majority of the eyewitness accounts were coming from activists and expats rather than media organizations, who became more reluctant to send correspondents into the brutal maelstrom where journalists were being targeted.

Higgins set up feeds linked to specific regions to build what he called a “patchwork social-media map of the war.”

It was while reviewing fresh footage from his video feeds that Higgins landed an early scoop: that Syrian rebels had acquired a shoulder-fired missile capable of downing aircraft. 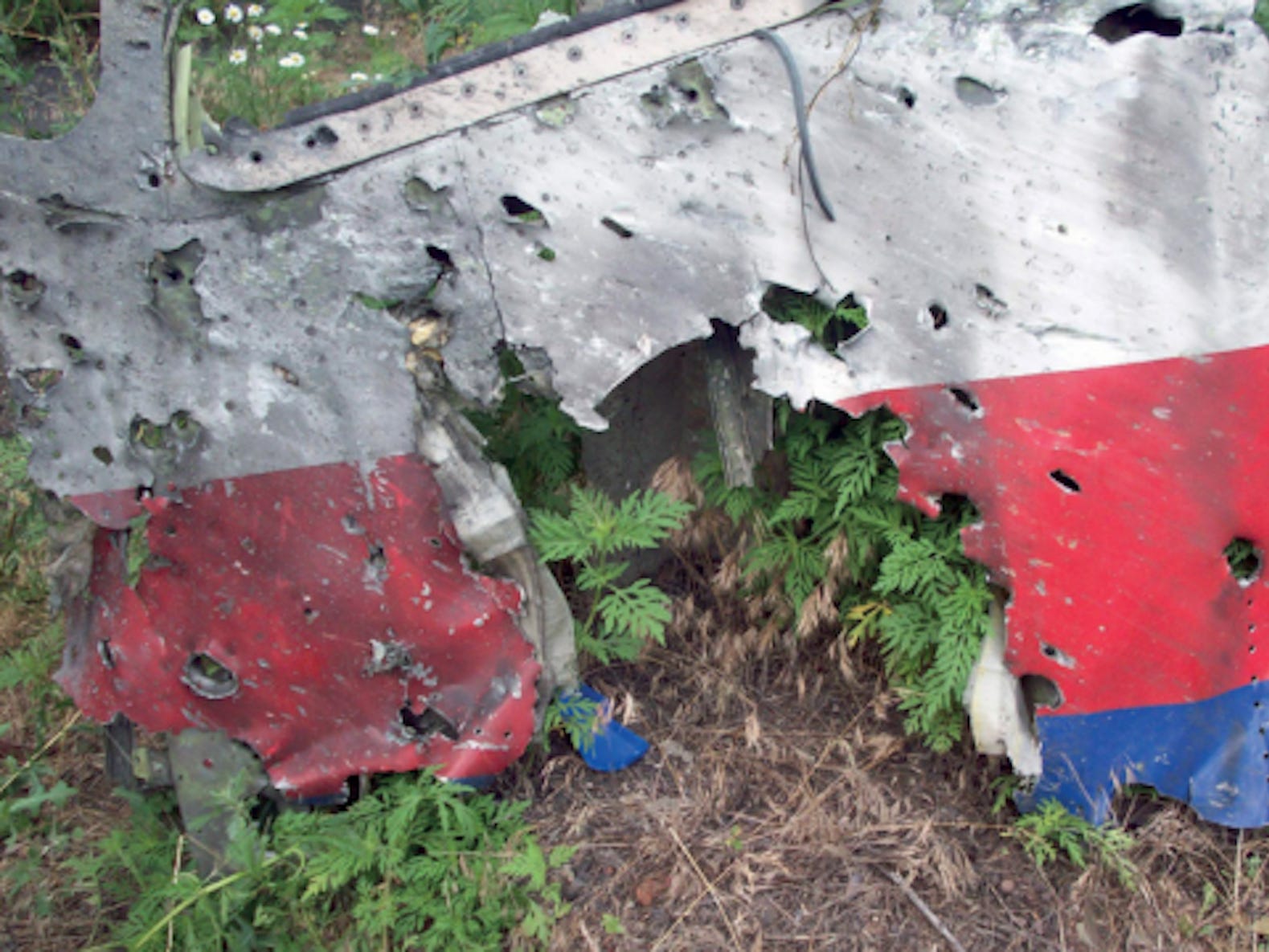 A photo from the crash site shared by the Dutch Safety Board shows the plane's exterior near the cockpit window "containing numerous small holes and indentations."

Bellingcat gets help because they ask for it. When ISIS’s media promoted images of supporters in European cities, Higgins shared it with his online followers saying: “There’s a geolocation challenge for ya.” Within an hour, his followers had discovered the location where an ISIS supporter had taken an image in Münster, Germany, using information from a marketing firm and Google Street View. In London, sleuths pinpointed the exact location one image had been taken.

Their threat had backfired so quickly that ISIS supporters had to warn each other to stop posting images, Higgins writes.

Nor are these collaborators just anybody. Relying on the public often brought in people with the special language or technical expertise needed to make breakthroughs. A good example is Bellingcat contributor Veli-Pekka Kivimäki, a veteran of the Finnish armed forces who had served in a regiment with the same type of surface-to-air missile system suspected in the MH17 downing. He connected to other experts who helped them establish the fuselage’s damages were consistent with an anti-aircraft warhead.